In July 2012, I closed on my first home. Those who have been reading the blog for a while, know that I became absolutely obsessed with home decor. I would spend entire weekends perusing paint colors, art work, sofas, dining room sets, mattresses and more. I went from being giddy about the arrival of the J. Crew catalog to grinning from ear to ear when I came home to a Pottery Barn catalog instead.

Yesterday I shared with you my picks for the best dressed at this year's Golden Globe Awards. Today I want to share with you the details of the viewing party I hosted for the broadcast.

Every year since graduating from college, I have hosted friends for the Globes, Oscars and Emmys. Growing up, my mom used to host all the other moms on our street for awards shows, and I love continuing the tradition in my own home. 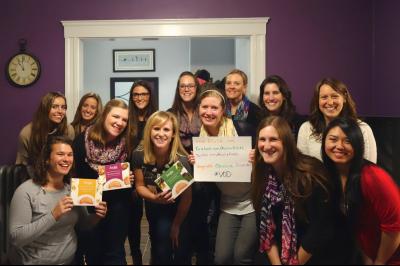 A few weeks ago I had the pleasure of meeting Sue Liang, the founder and owner of a veggie obsessed company called Asulia Foods. I was teaching a class at MassChallenge on social media and community management and Sue had planned to attend. Work got in the way and we wound up missing each other. Thankfully, she emailed me later that day to introduce herself and ask if there was a time we could meet up to talk about her company. After our very first meeting, I knew I had to spread the word about about Asulia Foods.

For me, 2014 has been the year of the viewing party. I've hosted friends for the Super Bowl, the Golden Globes, the Oscars and as of Monday night, the Emmys.

For each party I host, I do my very best not to repeat a single item of decor. It's a little game I play against myself. 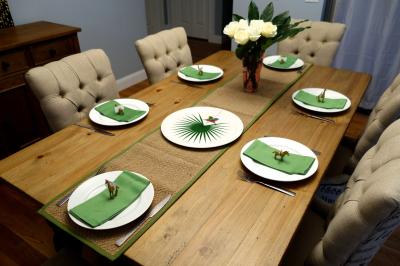 One of the things I love most about working at an advertising agency is that I am surrounded by creative people. Not only do they kick butt at their day jobs, but almost all of my coworkers also have passion projects outside of work. They are photographers, jewelry makers, wedding invitation designers, musicians and more.

One such coworker is my friend Kelly, the owner of a small business called Toyidermy. It's like taxidermy, but instead of animals, she creates with toys. 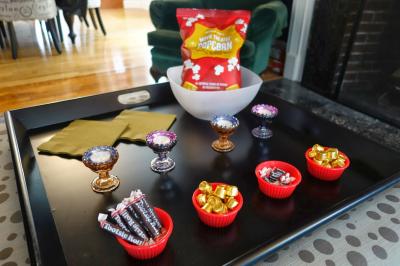 My two favorite days of the year are both on Sunday - Super Bowl and Oscar night.

Every year since I graduated from college I have hosted viewing parties for these momentous occasions. I don't know what it is, but this year I really stepped up my game (if I do say so myself).

It started with the Golden Globes party, then the Super Bowl party and culminated last night with my Oscar party.

The Super Bowl is one of my favorite days of the entire year. Though I'm not a regular season football fan, there is something about getting together with all your friends, piling into someone's living room and stuffing your face that I just love.

When I first graduated from college I hosted a Super Bowl party that February and continued to do so for the next four years. For the last two years, I've had to work (I had clients with ads in the game) and this year I was finally given back my freedom and able to reinstate the annual party!

I'm a creature of habit. Year after year I look forward to the same events, including the annual gatherings I host at my place. Since graduating from college I've held awards season viewing parties for everything from the Golden Globes to the Grammys to the Oscars to the Emmys. 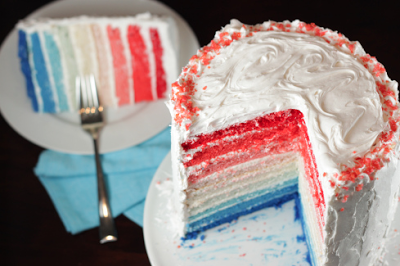 Is it just me or it impossible to focus on anything other than the fourth of July? All day at work today my mind was wandering to Independence Day.

July 4th has recently become one of my favorite holidays. Not just because it's a day off of work (though I welcome that any time), but because it's the one day when everyone in the country takes a break from their usual routine and commits to being outside, enjoying the weather, grilling and hanging with family and friends. What could be better?