I started working in Kendall Square in Cambridge in January 2015 and since then I've had a great time exploring all of the new bars and restaurants that have popped up in the neighborhood. Last week I went with two co-workers to The Automatic, which is co-owned by veteran Boston bartender David Cagle and former East Coast Grill owner Chris Schlesinger. They've brought on Ian Andreotta as executive chef, who has cooked at Deep Ellum, Lone Star Taco Bar and Little Donkey.

The bar is located just a block away from the One Kendall Square plaza, which is home to The Smoke Shop, Cambridge Brewing Company, Belly Wine Bar, State Park, Mamaleh's and Bon Me.

A giant letter A greets you from the sidewalk.

Inside, the vibe felt like a mix of Trina's Starlite Lounge and Lucky's Lounge (lounge-like, clearly). The style may be a nod to co-owner Cagle's former post at B-Side Lounge.

We were seated right away in a booth with a view of the whole bar area. Our waitress gave us food, drink and specials menus. After a long day at work, we were ready for some cocktails.

In a completely uncharacteristic move, I decided to get a mudslide. Fun fact: the mudslide was my first legal drink when I turned 21. My friends ordered it for me at Fire + Ice in Providence, RI.

The mudslide at The Automatic is incredible and you will curse the day you ever mocked anyone for ordering one. In fact, in an interview with Boston Magazine about the cocktail menu, Cagle explained, "It’s a lot of classics, but also a lot of iconic, ’90s drinks that people are probably going to laugh at, until they have them and they’re awesome."

Look at all that chocolate sauce! Notice how there is a line of syrup all the way up the straw. The drink tastes like the famous Serendipity frozen hot chocolate, but with booze.

My co-workers ordered the Man with No Name (tequila, agave, Peychaud's) and the Jack's Rose (applejack, lemon, grenadine).

They both felt the drinks were too strong. One said, "This is a great drink, but for me, it's just too strong. I wish it had some kind of sweetness to cut through the liquor." The other chimed in, "I'm not a serious enough drinker for this, especially not a Wednesday night."

Our waitress noticed that my friends were barely sipping their drinks and whisked them away. She offered to bring them any other drink on the menu they wanted. She kept saying, "I really want you to have something you enjoy."

With the drink situation remedied, we turned our attention to food. The Automatic menu folds out like a fancy greeting card.

We were tempted by so many items and ultimately decided to share five dishes. The first to arrive was the funky fries. These were drizzled with kewpie mayo and sprinkled with nori and togarashi.

We were obsessed with these! The fries themselves were golden and expertly crisped. There was a very generous amount of mayo, coating each and every fry. The nori added a little saltiness and the togarashi gave them a subtle heat.

Next up we devoured the grilled portobello mushroom tacos served with jicama slaw and chipotle cream.

We all appreciated that each taco had two tortillas, keeping it from breaking beneath the weight of all the goodies. The mushrooms had a smoky flavor and the chipotle cream gave each bite a nice kick. My friend added, "Be sure to say there was great crunch from the jicama."

Our third dish was the kung pao veggies with peanuts, sprouts and chilis. These were hot!

The Asian flavors in this dish were addicting. We all loved the texture from the peanuts. A friend exclaimed, "The only thing that could make this better is noodles! I want to eat this for my full meal."

We also tried one of the evening's specials, fried green tomatoes with pimento cheese.

I was expecting the tomatoes to come in thin, round slices and was surprised when they arrived in quarters. The batter was delicious and flaky, but we were all wishing for way more pimento cheese (let's face it, we ordered the tomatoes to get to the cheese). One of my dinner dates asked, "Was it just me or did the tomatoes taste a little tart?"

Our final plate was the buffalo fried sweet plantain with blue cheese. I love buffalo sauce and I love blue cheese, so I had high hopes.

I was a bit thrown off by the plantain. All of three of us were expecting plantain chips, but this was truly just sliced, soft plantain. For me, the banana-like flavor was very strong and wound up tasting odd with the other components of the dish. My co-worker really enjoyed it and argued, "This was a great balance of sweet and spicy. I thought the dish had a really rich flavor profile and the blue cheese was fantastic."

When our plates were cleared, our waitress asked if we were interested in dessert. We weren't, but we wanted to know what was available. At The Automatic they bring over a tray of frozen confections - Klondike bars and frozen candy bars (Snickers, Kit Kat, Almond Joy, Butterfinger). Check out this photo of the dessert tray on Instagram. It feels a bit like running up to the ice cream truck at the beach.

The Automatic is a great after-work spot for drinks and appetizers. I am still thinking about that mudslide a week later. I can't wait to order it again. Same with the funky fries.

In the warmer weather The Automatic plans to open a 40 seat patio. Meet you there for a frozen candy bar?

whoah this blog is great i like reading your articles. Keep up the great paintings! You know, a lot of individuals are looking around for this info, you can aid them greatly. transport shipping container

Thank you for this material I had been exploring all Msn in order to come across it! mobile pet grooming scheduling software

Hello I am so delighted I found your website, I really located you by mistake, while I was looking on google for something else, Anyways I am here now and could just like to say cheers for a tremendous post and a all round entertaining blog. Please do keep up the great work. Immobilien Köngernheim

When coaching youth football does this mean you should commit to throwing the ball 60 times a game and widening your splits to 6-9 feet with your football team? No, not at all. In youth football, we don't get to practice 6 days a week nearly year round or cut anyone (most teams), Texas Tech doesn't have to worry about getting every player into the game regardless of game circumstances or have squad sizes of 25 instead of 150. Your kids aren't going to be able to widen splits out to 9 feet, when you are starting an nonathletic future computer nerd at one offensive line spot and the future tuba player of the marching band at another. Those kind of kids can't fill a 2 foot gap let alone a 6-9 foot gap. Most youth football teams aren't going to have 2-3 good well trained backup quarterbacks waiting in the wings for when the starter gets hurt or is sick. Even your best quarterback attending every QB camp known to man isn't going to throw to a streaking wideout and hit him with pinpoint accuracy on the outside tip of his sideline shoulder on a 25 yard sideline streak route like Tech consistently does ( impossible to defend). But what we youth football coaches can learn from Leach is to compete, you don't have the biggest and most athletic team in your league, but you have to be different. You don't have to have 60 football plays in your playbook, but what you do need are complementary plays that you execute to absolute perfection. That's why my teams run the Single Wing offense and why we have a limited number of 100% complementary play series we perfect every season. 1gomvaobong

If we want to engage ourselves in any form of adventure sports, there are numerous cruelty-free options. sv288.com

I have been absent for some time, but now I remember why I used to love this website. Thanks , I’ll try and check back more often. How frequently you update your web site? retro shirts mens

Hello! I’ve been reading your web site for some time now and finally got the bravery to go ahead and give you a shout out from Humble Tx! Just wanted to say keep up the good job! immobilienpreise münster prognose

Woah this is just an insane amount of info, must of taken ages to compile so thank you so much for just sharing it with all of us. If your ever in any need of related information, perhaps a bit of coaching, seduction techniques or just general tips, just check out my own site! noma showroom

I think other website owners should take this internet site as an model, very clean and wonderful user friendly design . buy diclazepam

People who use these type of pills have an oily stool that depicts the unprocessed fats. köpa Ritalin online utan recept

Woah I’m just truly digging the design and style/strategy of this web page. It is easy, nevertheless excellent. Much more frequently than not it is tough to acquire the excellent involving excellent usability along with visual appearance. I have to say you have carried out a amazing task. In addition, your web site starts super fast personally with World wide web explorer. Exceptional Web site noma showflat

A small sidenote about Baccarat -- the name comes from the name of the worst possible hand. https://www.gaming4ez.com/FFXIV_Gil/ffxiv-gil

Every potential date will think of you as giggly, fun, exciting, easy going, dreamy and flower loving girl. 極速約會 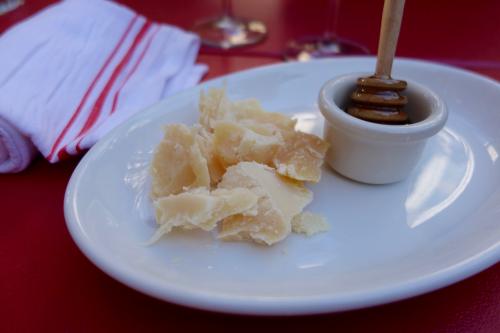 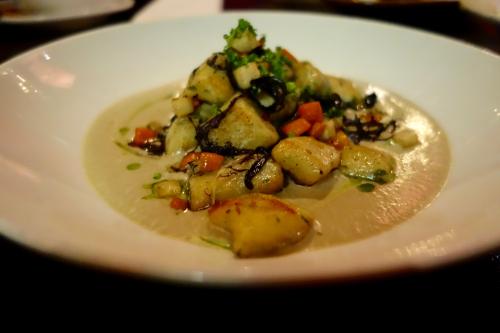