Every Thursday night since I graduated (all the way back in 2006) I have dinner with one of my best friends from college. Each week we try to come up with something new and exciting to do together and last night we decided to try a restaurant that had been on both of our "must-try" lists, Lone Star Taco Bar.

Lone Star opened in January 2012 on Cambridge Street in Allston. It is directly adjacent to Deep Ellum, which is owned by the same duo, Aaron Sanders and Max Toste. Lone Star is basically Deep Ellum's taco-obssessed younger sib.

If you're unfamiliar with this Allston neighborhood, it would be easy to miss Lone Star as it doesn't really have a sign, but instead one silver star above the door. It looks like the spur of a cowboy boot. 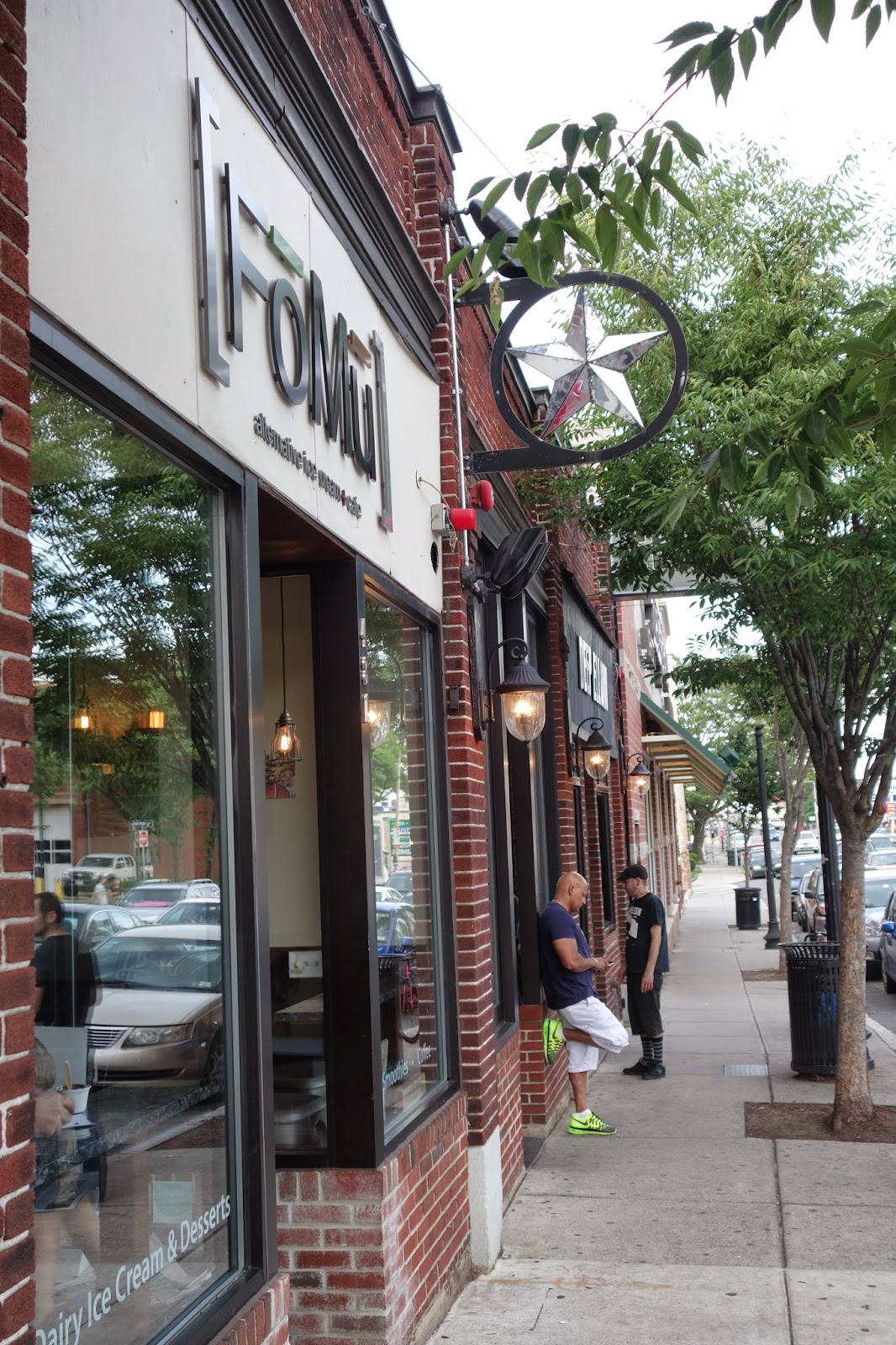 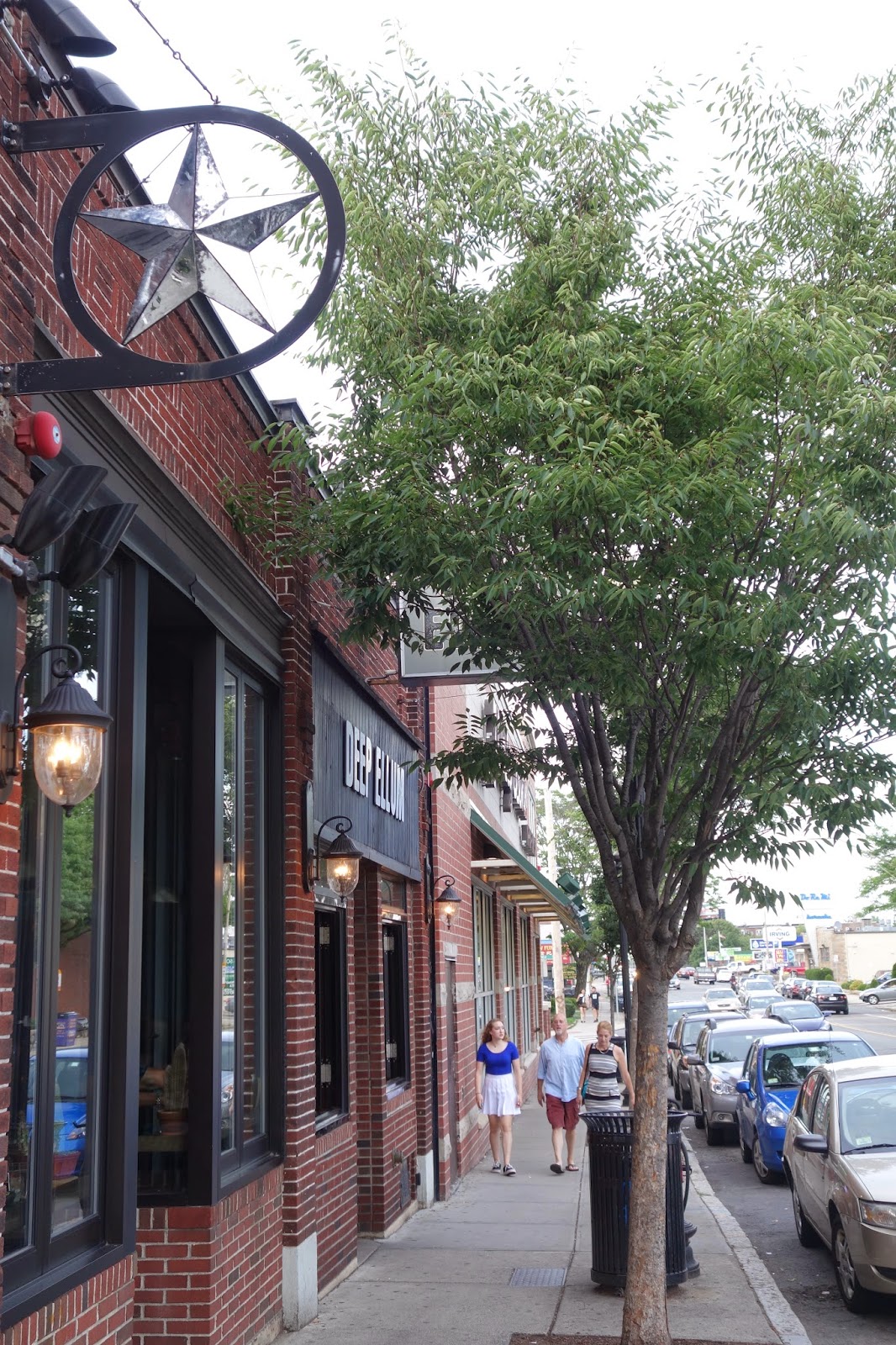 Inside, the restaurant space is quite narrow with a bar on the right and the dining tables on the left. We arrived at 7:30pm and every single seat was taken. 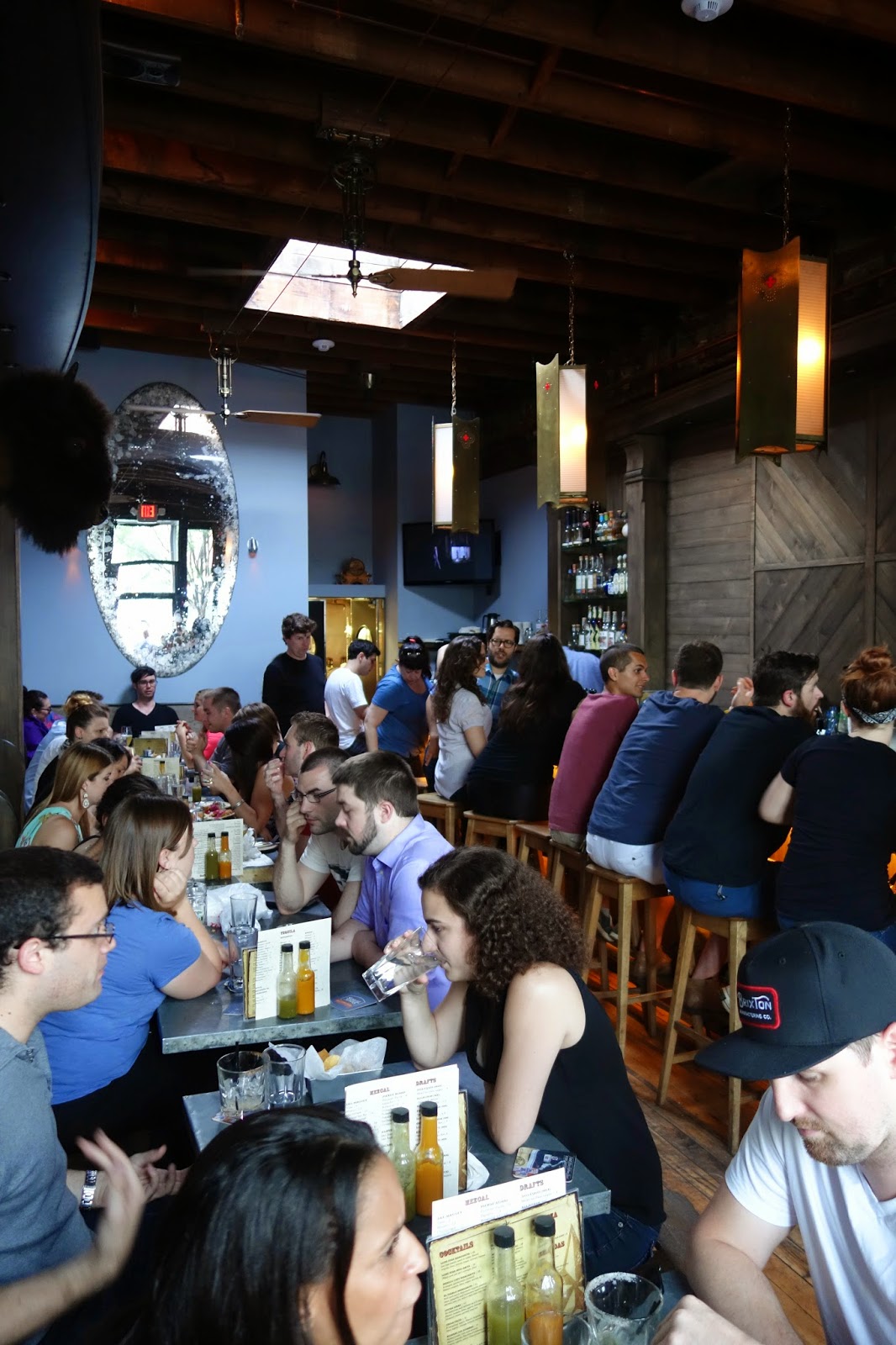 While waiting for a table, I couldn't help but notice the funky light fixtures hanging over the bar. 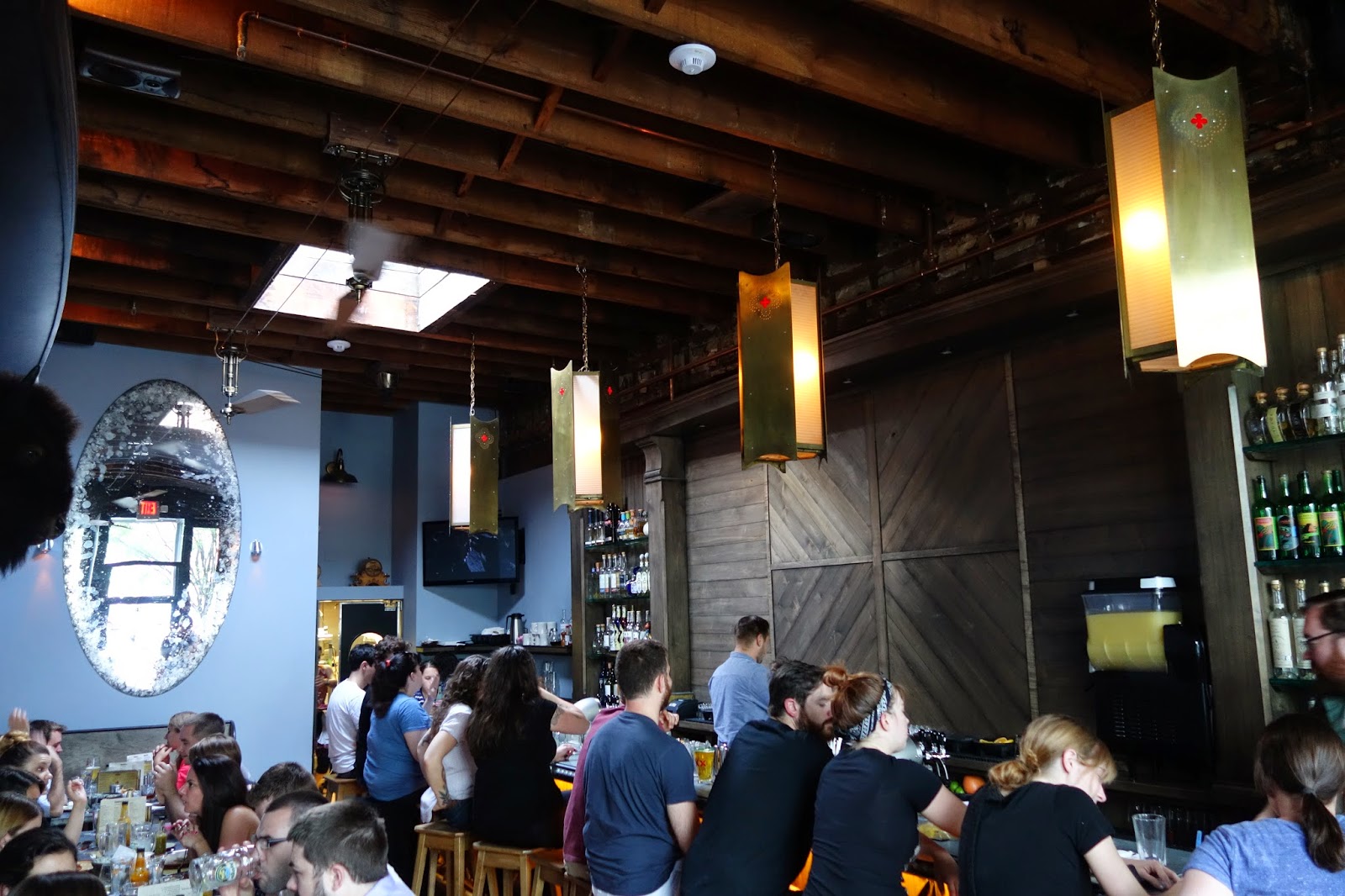 I also had time to look up and become smitten with the exposed beams on the ceiling. 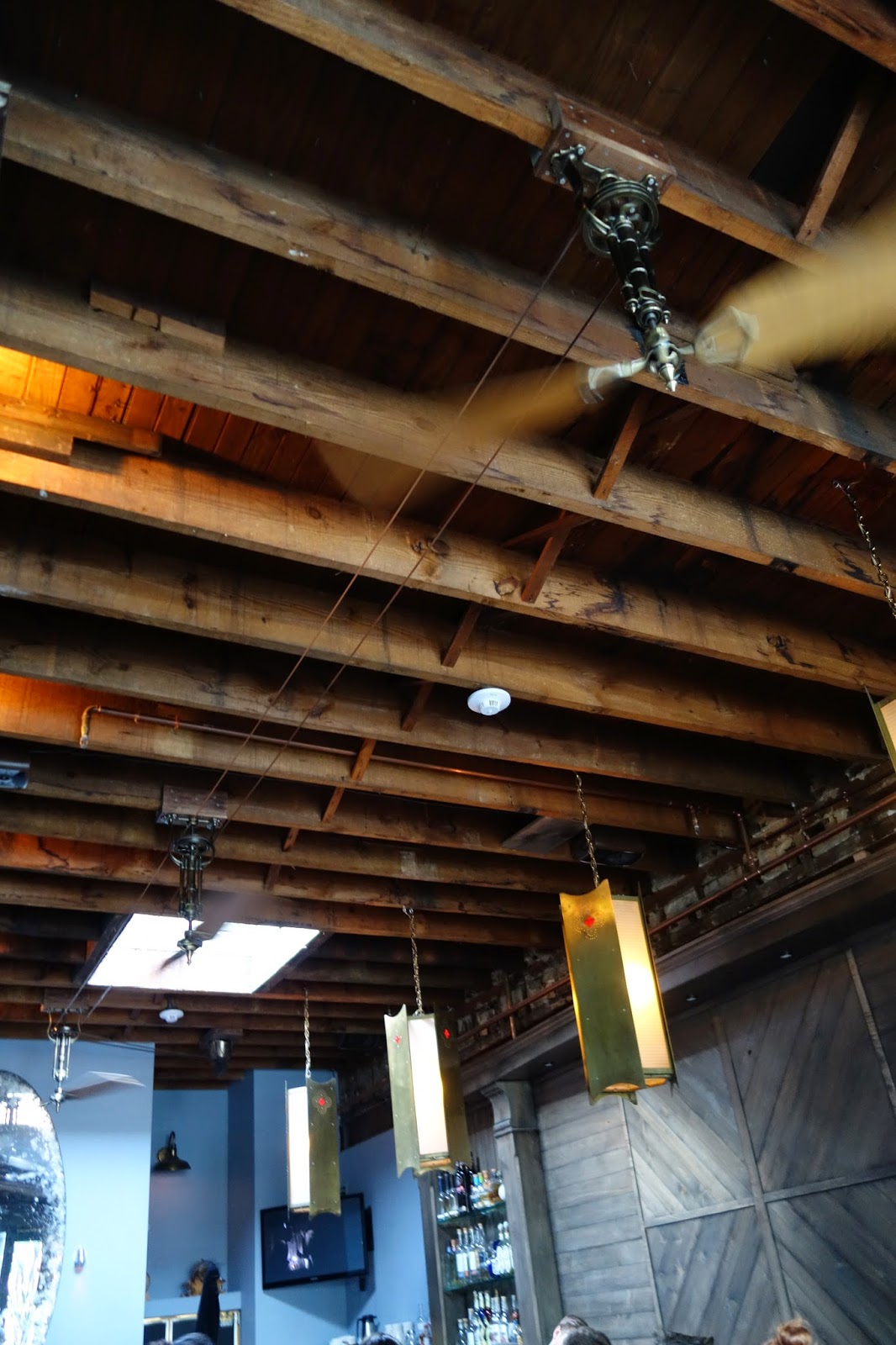 To help the wait fly by, we each ordered a cocktail. The Paloma for me (blanco tequila, grapefruit, lime and salt) and the Lone Star margarita for my BFF (blanco tequila, lime, lemon, sugar, orange liqueur). 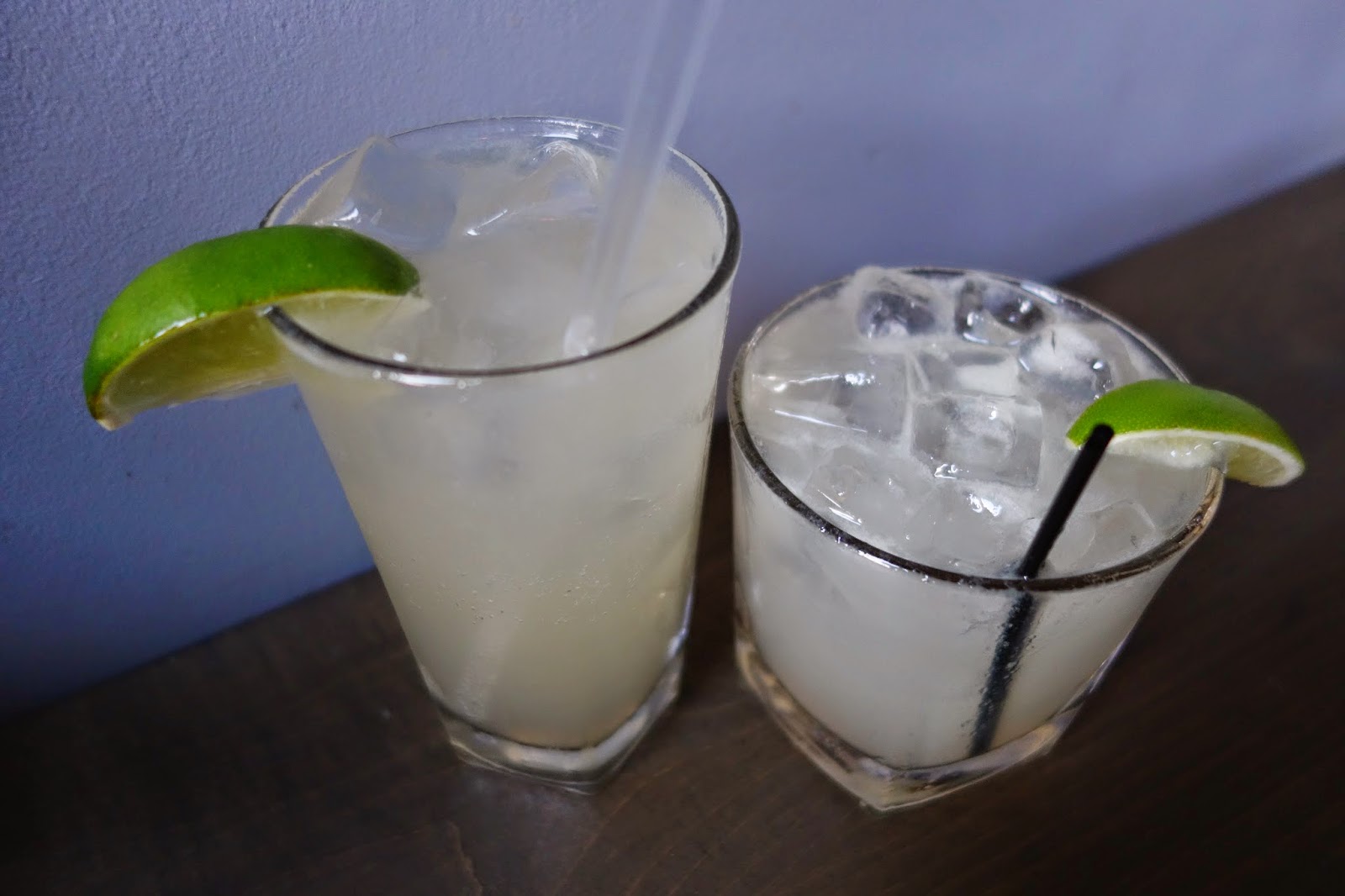 I highly recommend the Paloma. It was light and sweet and you could not taste the alcohol at all (the best kind of drink).

After about a 15 minute wait a table became available and we slid into our seats. The menus were already on the table. Lone Star has a limited selection, but absolutely everything is enticing. 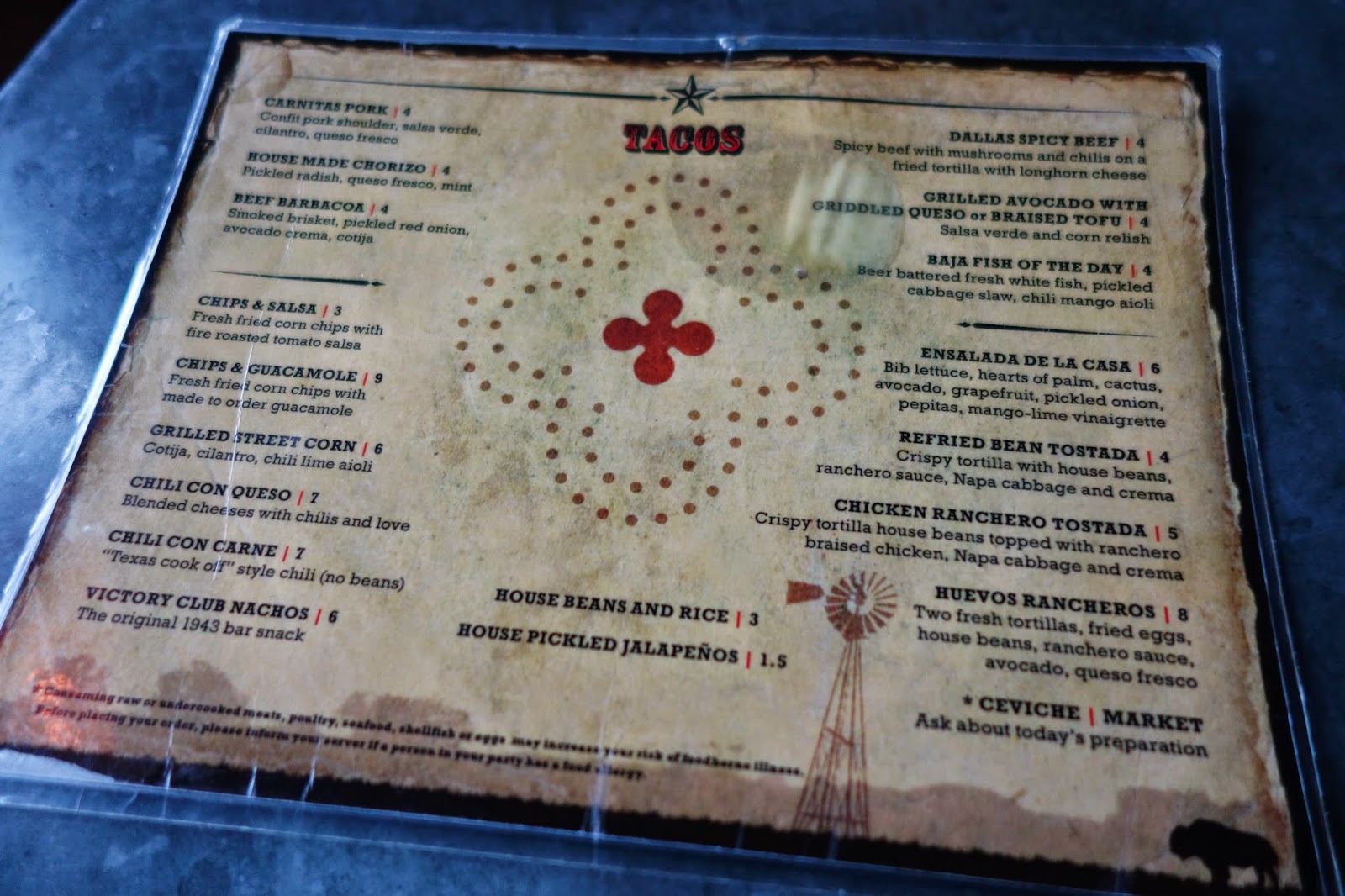 We were debating between starting with the chips and guacamole or the victory club nachos and we caved and went with the nachos. It was a generous spread of chips topped with two kinds of cheese, Napa cabbage, jalapeños and guacamole. 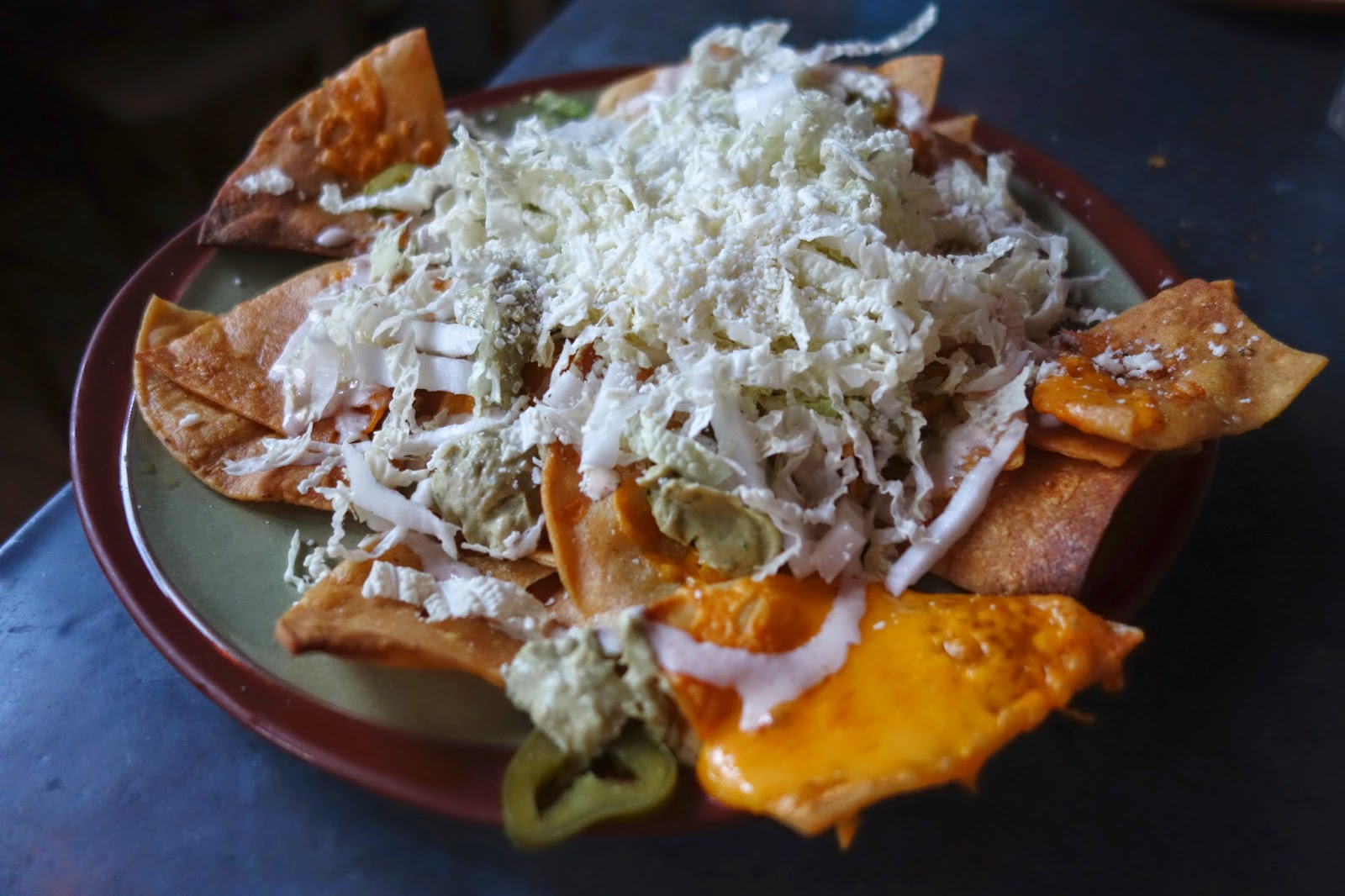 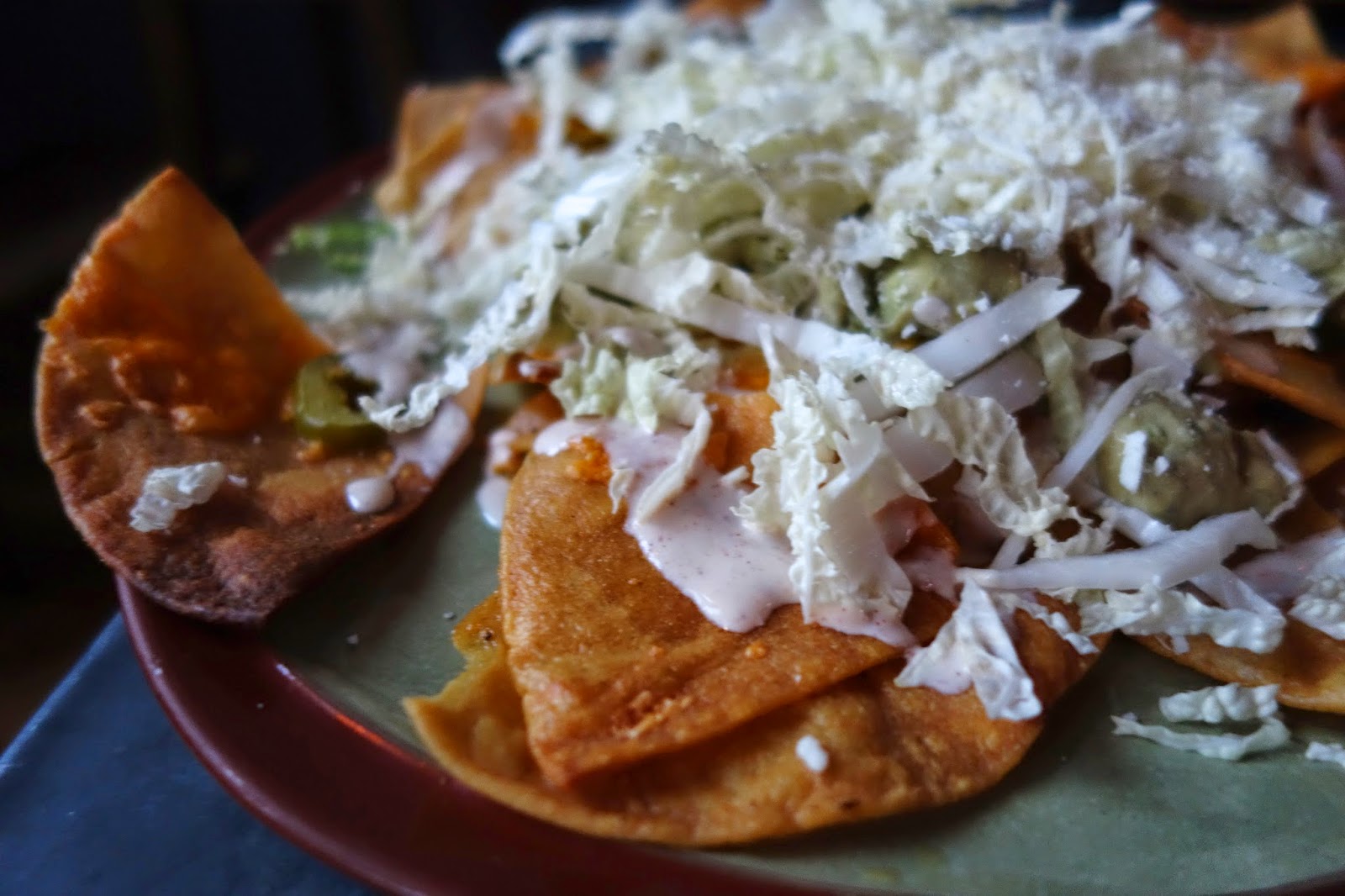 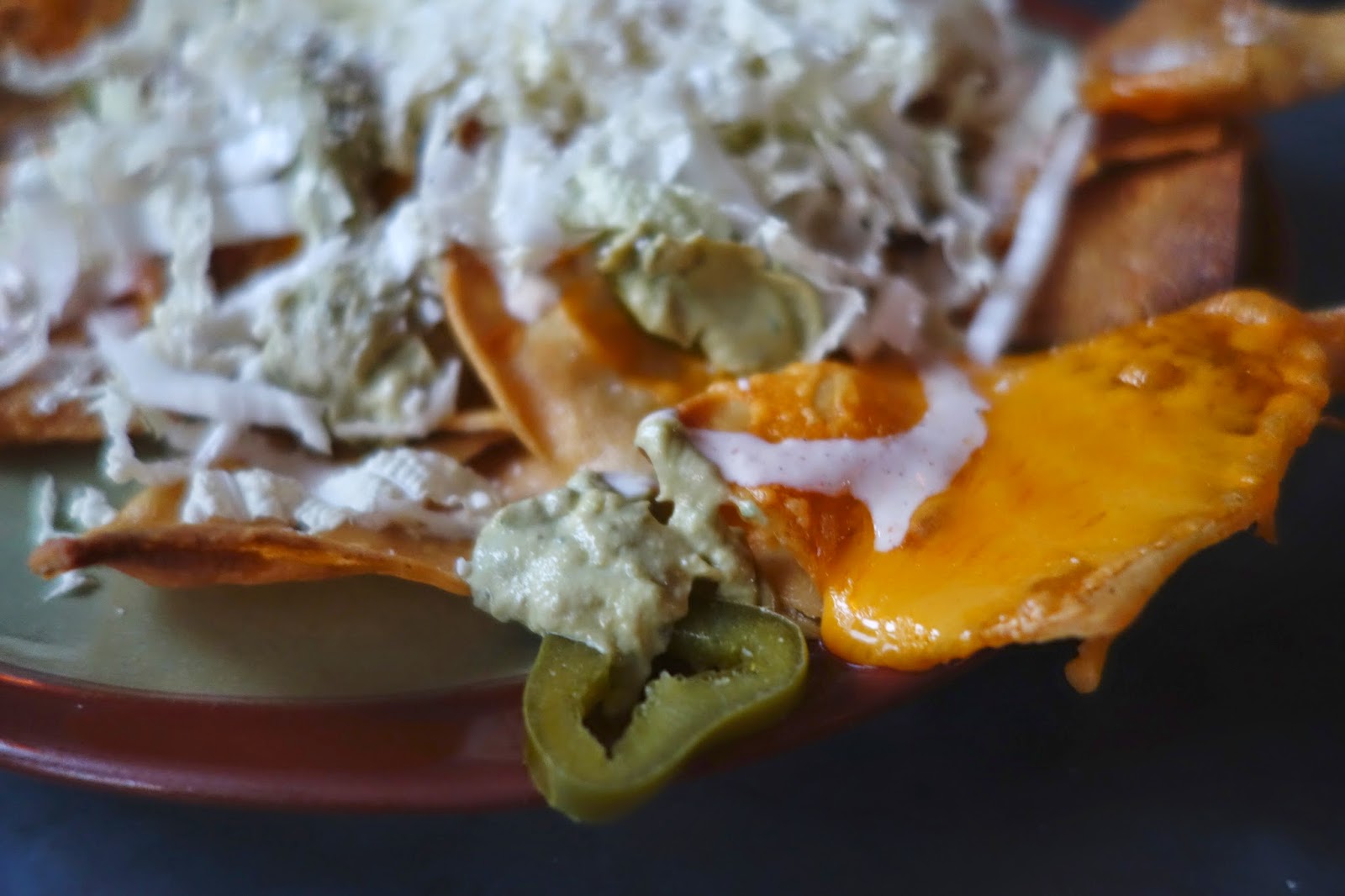 The nachos were great, but unfortunately the goodies weren't evenly distributed, so some bites were packed with flavor and other bites were just plain naked chip.

For her main meal, my friend ordered the chicken ranchero tostada. The dish is built on a crispy tortilla (like a flat taco shell) then topped with ranchero braised, shredded chicken and garnished with Napa cabbage, cotija cheese, crema and pickled onions. 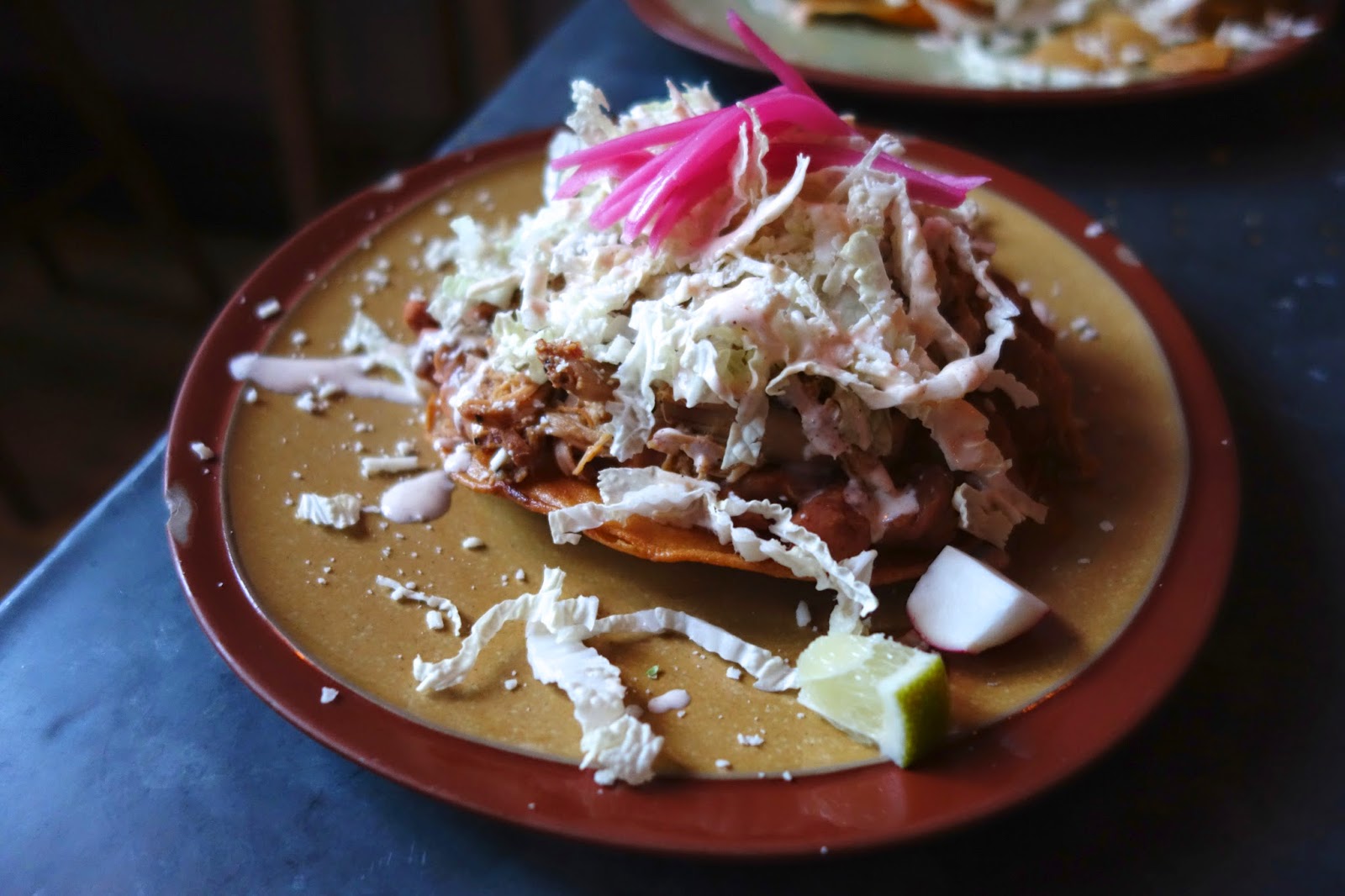 After a few bites she said, "This is very good. The chicken is a bit spicy for me, but I love the tortilla and the taste of the chicken with the cabbage. I would definitely order this again." She also mentioned that after the nachos, this was the perfect portion size.

Speaking of sizes, I ordered the grilled avocado taco which I assumed would be an order of two or three tacos, but turned out to be one small plate. In addition to the avocado, the tortilla was topped with grilled queso, salsa verde and corn relish. 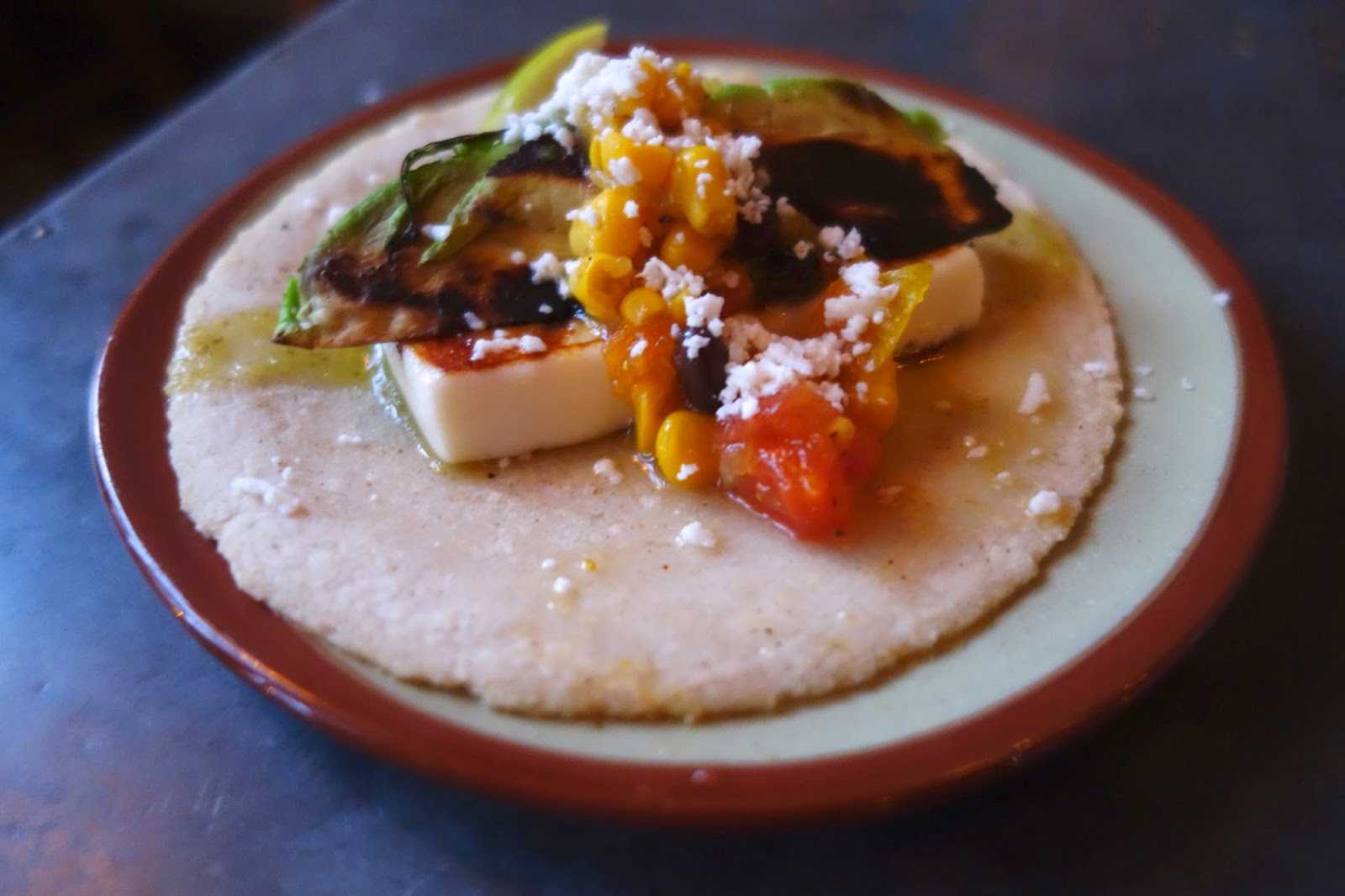 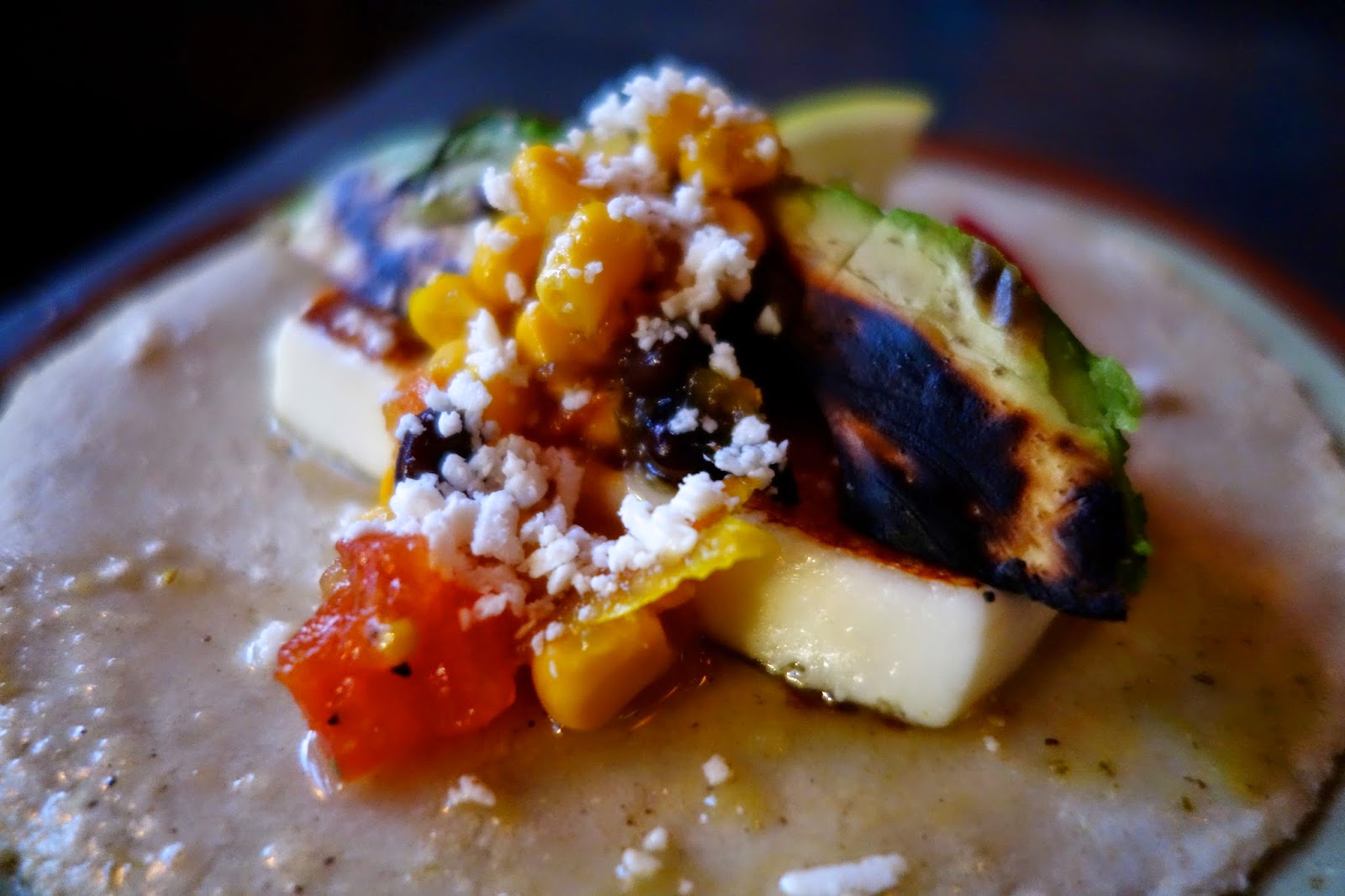 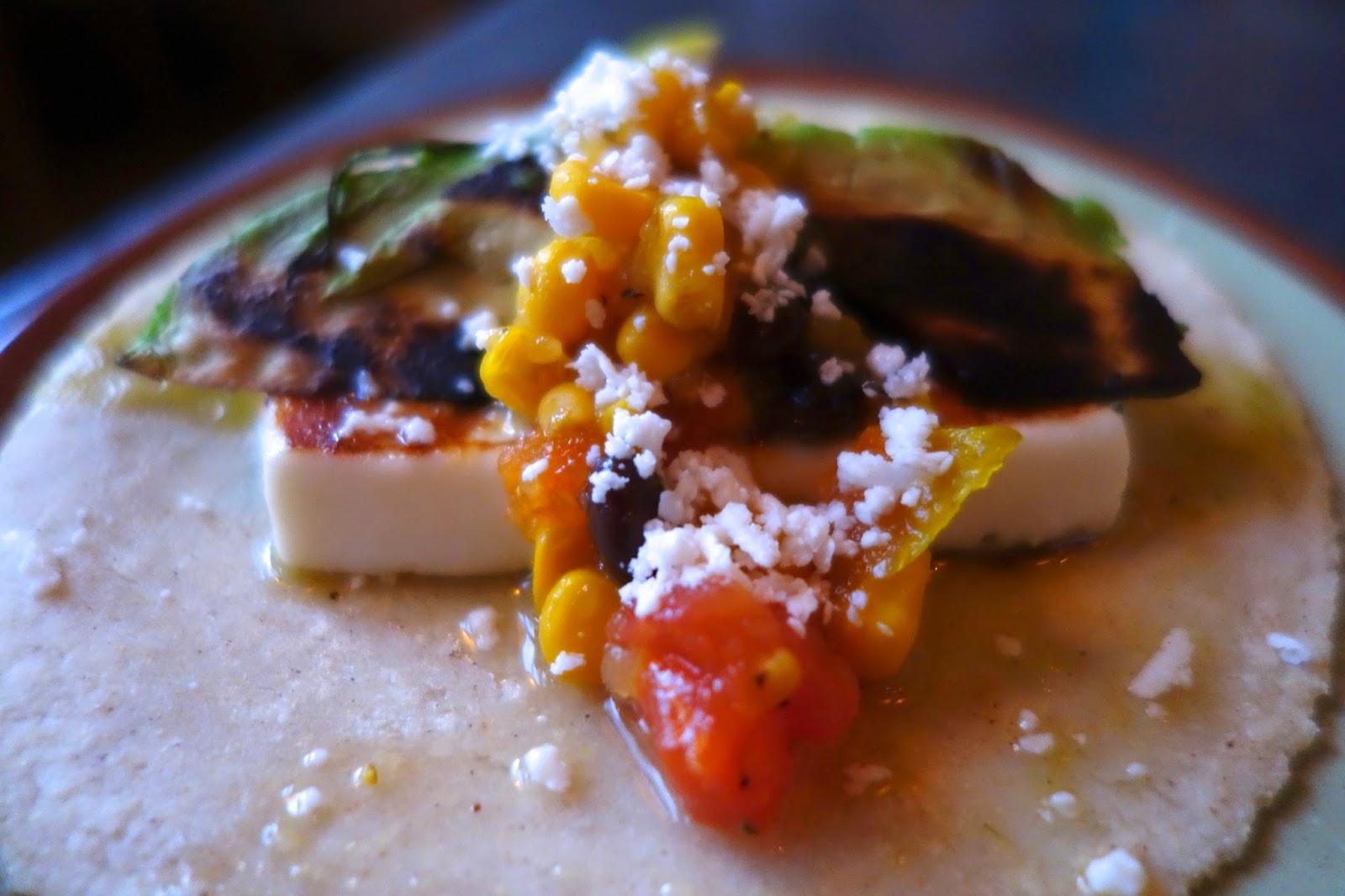 I was psyched to find a vegetarian dish on the menu that sounded so killer. I have to say though, I was pretty disappointed in this taco. The serving size was teeny and the flavor was just too bland. Maybe I should have shaken some hot sauce on it.

To share, we placed an order for the grilled street corn which was dressed with chili lime aioli, cotija cheese and cilantro. This was hands down the best thing we ate all night. 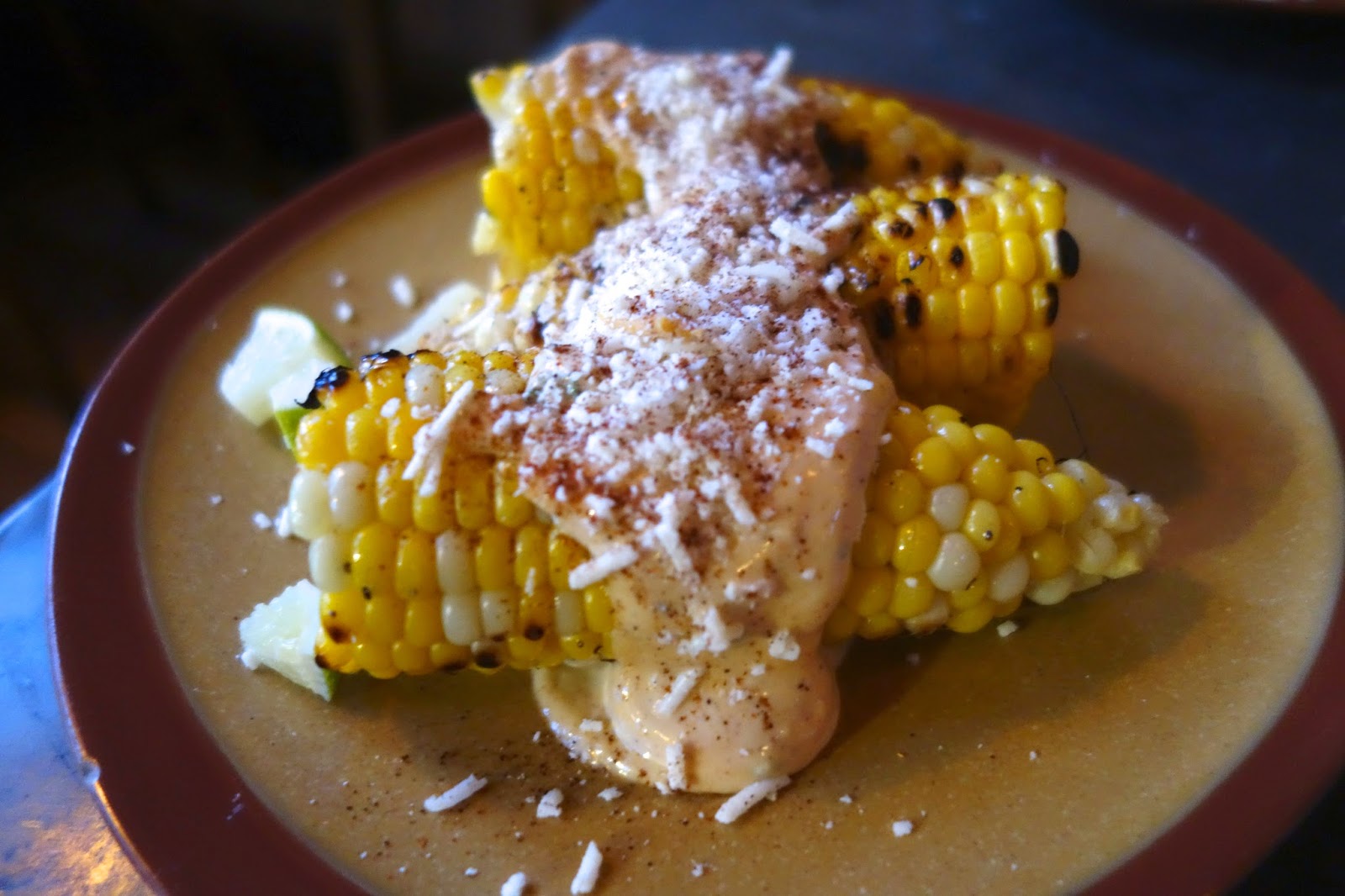 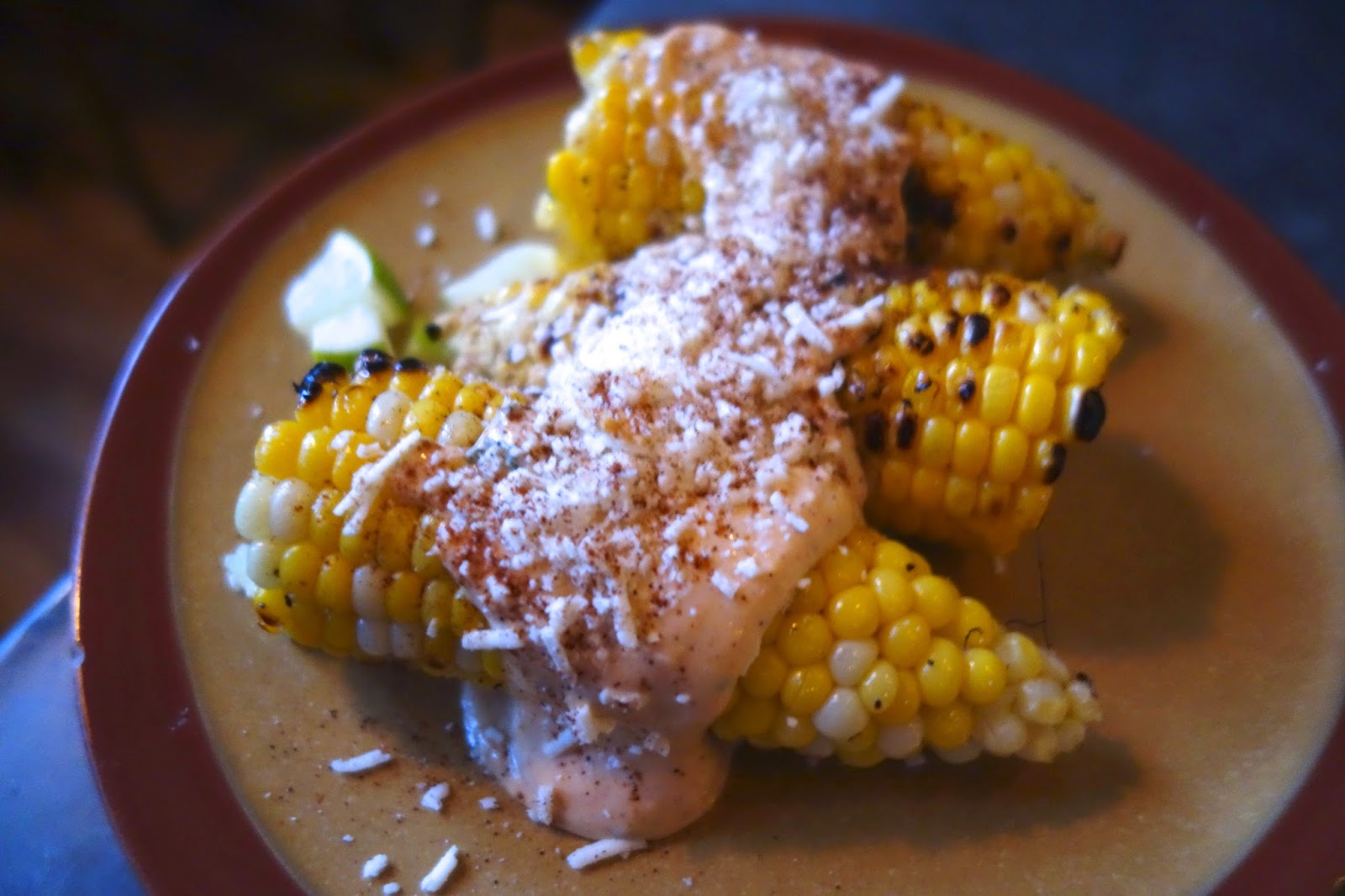 Now ladies, please be advised, this corn is not first date food. The only date you'll be going on is with a pile of napkins and your dental floss.

I seriously got the aioli all over my face and I was bummed because I wanted to eat every last bit of it! It was incredible. The char on the corn really elevated the dish and gave it a summer time feel. I would go back just to eat the corn again.

Overall, our experience at Lone Star Taco Bar was a good one. The bouncer (in a Superman t-shirt) was friendly and helped us get a table as soon as he could. Our waitress at the bar and at our table was nice, attentive and offered solid recommendations. My only qualm, and I am going to sound like such an old lady (mock if you must) was that the music was ridiculously loud. We were shouting across the table to have a conversation. I'm all for great music in a restaurant, just not at a deafening volume.

For those who love Lone Star, but don't live in Allston or Brighton, fear not! The owners are opening a second location across the river in Cambridge. You can read those details here.

Have you been to Lone Star Taco Bar? Which taco is your favorite?

I looooove Lone Star. I used to work right down the street and really miss going there for lunch. They usually suggest ordering 2 (or even 3 ) tacos per person! Next time try the queso dip :)

Bianca, it was your first post all those moons ago that got me excited to check it out. I saw three of your photos on their website home page!

i haven't been here in a long time but i remember loving that corn!!

The corn was the best! So messy, but worth every sacrificial napkin.

That is such a great tradition. I actually really enjoyed the avocado taco when I went so maybe they were having an off night. The paloma is definitely awesome!

Yes, we've had dinner together every Thursday for 8 years. I feel like we need to do something major when we hit 10 years. The Paloma was a perfect summer drink! 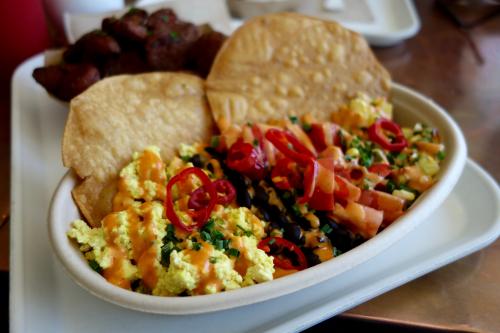 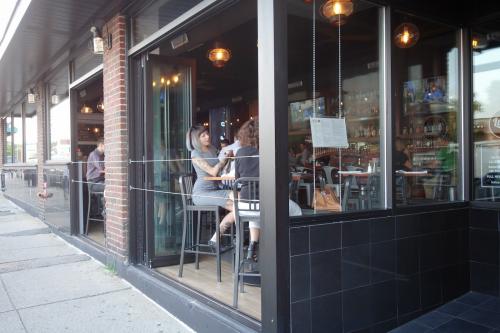 Guys, I have a new restaurant to add to my favorites list. As I've mentioned many times before, every Thursday I have dinner with my BFF from college. Two weeks ago we headed to Allston to finally try Lone Star Taco Bar. It was that same night that we noticed a new spot on Cambridge Street, LuLu's. 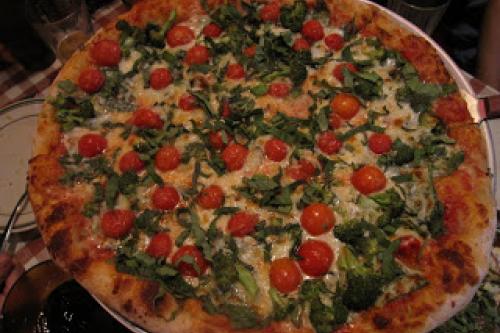 Dining Out: Regina Pizzeria at the Depot

When I first moved to Boston post-college one of my friends started a rec league softball team.