This morning I woke up at 4:30am to head to Logan airport for a painfully early flight to Miami. I am spending the next five days visiting my parents and sister for a little rest and relaxation and to celebrate the Jewish holiday of Passover.

Tonight we decided to go check out a movie my dad wanted to see called "Square Grouper" about drug smuggling in south Florida. The movie is currently playing at an art house movie theater called the O Cinema in an area of Miami called Wynwood. 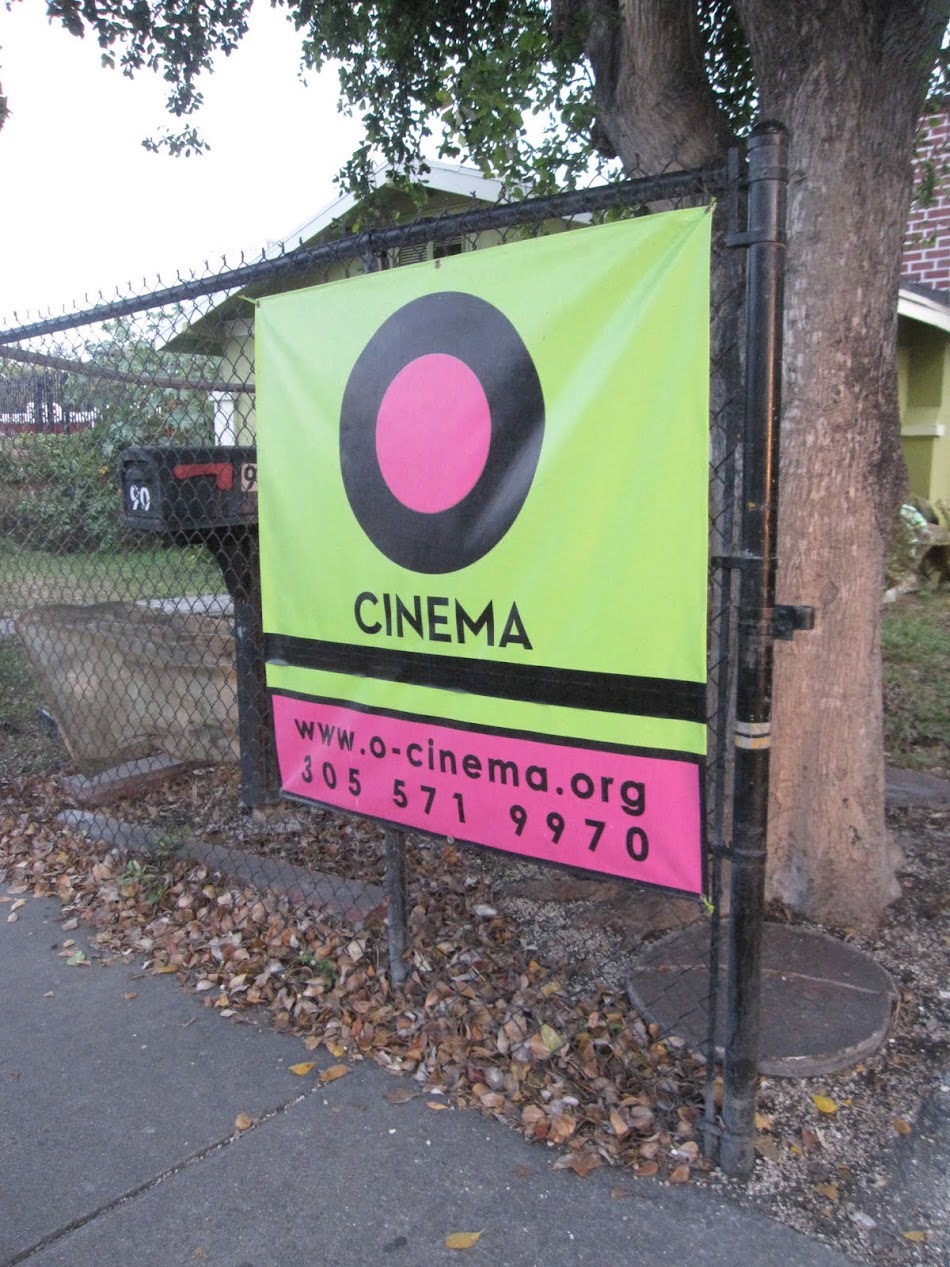 We arrived at the O Cinema twenty minutes before the show only to learn the movie was already sold out for both showings that evening! Despite not getting to see the film, I still enjoyed visited the theater, as it had super cool artwork on the exterior. 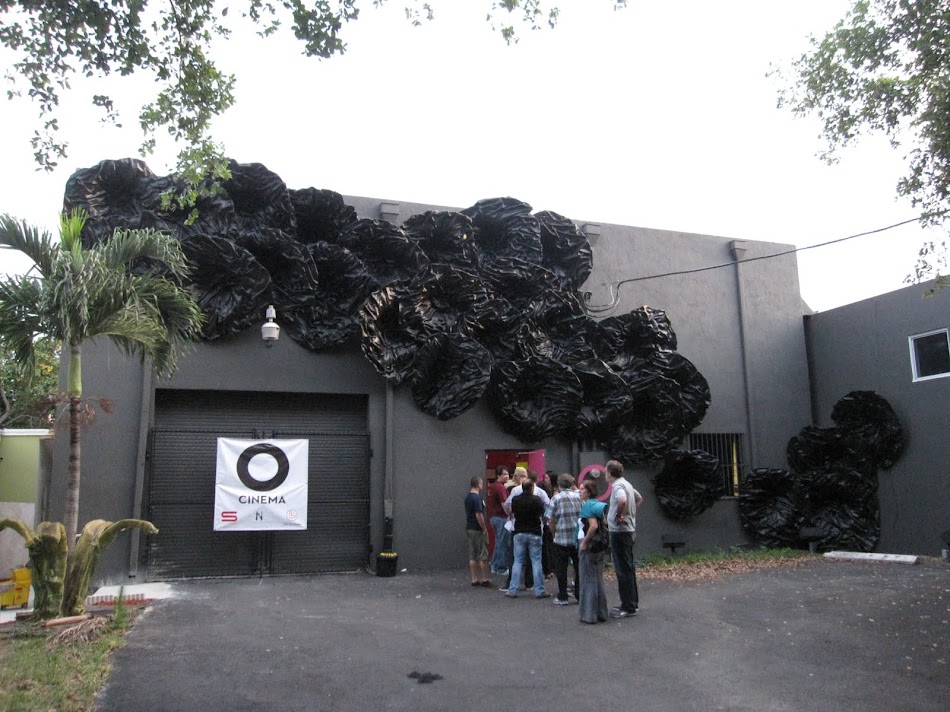 After our movie plan went bust, we decided to have dinner up the street at a place called Morgans. When we got out of the car I couldn't help but notice a mural across the street. It's of the Miami Heat basketball team. My dad explained that he met the artist while he was painting the piece and that he did it all free hand! He didn't map out the design at all before he started. Absolutely incredible! 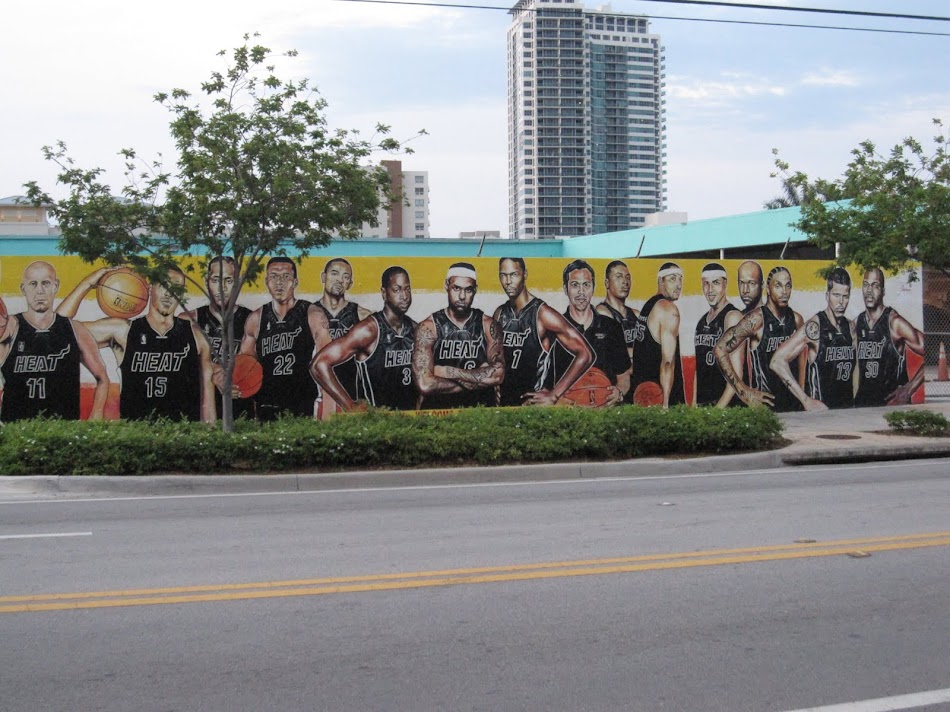 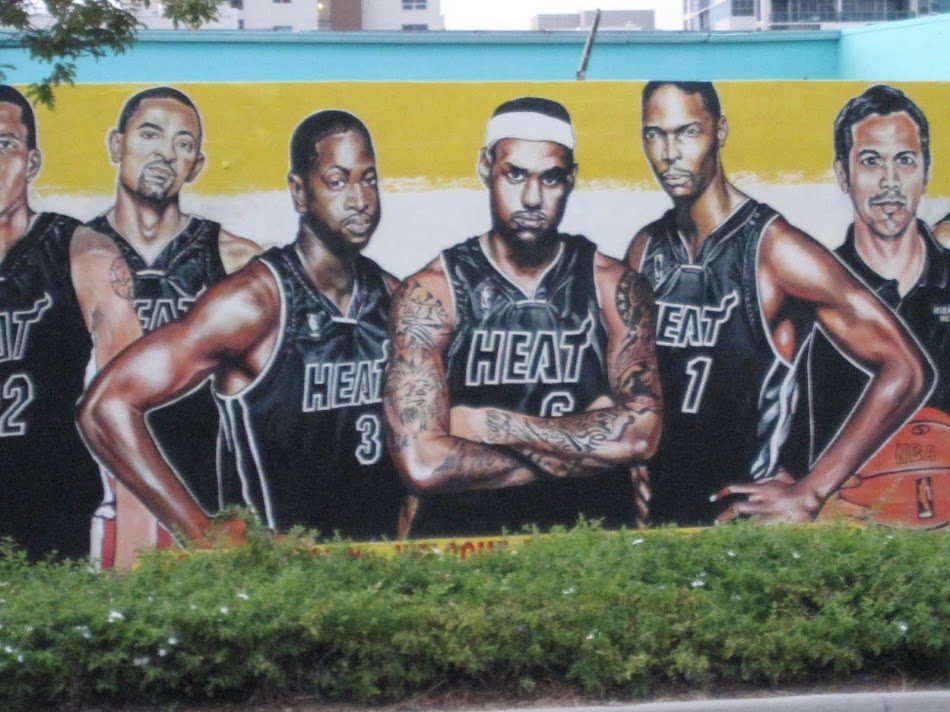 Morgans has a beautiful outdoor patio. It's actually more like a porch. There are white lights twinkling along the perimeter of the porch awning, adding a delicate glow. There is also a fun lounge area on the grass at the front of the restaurant. 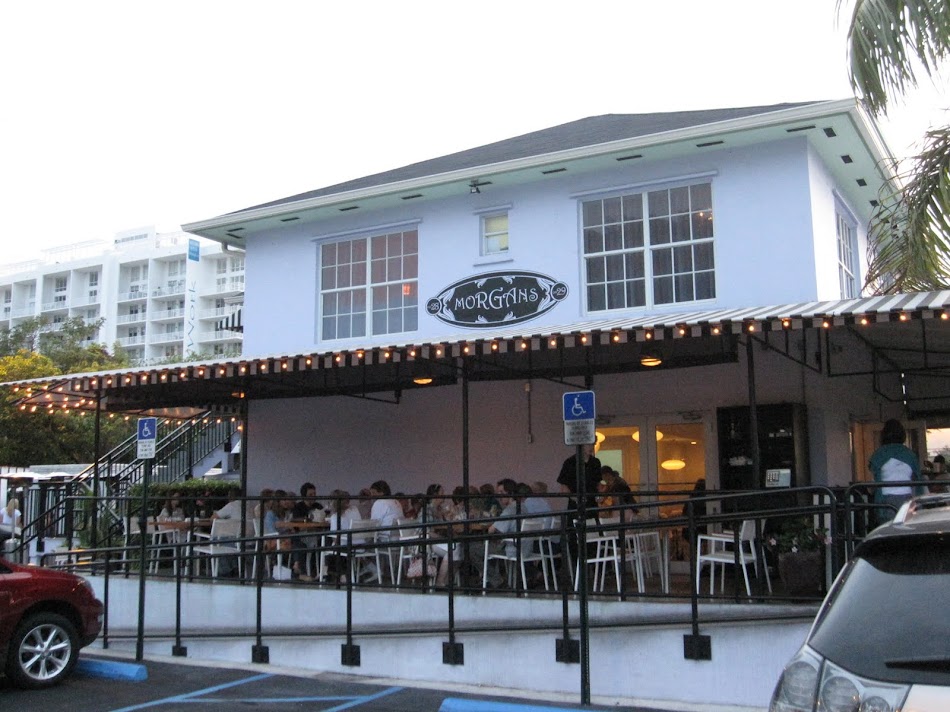 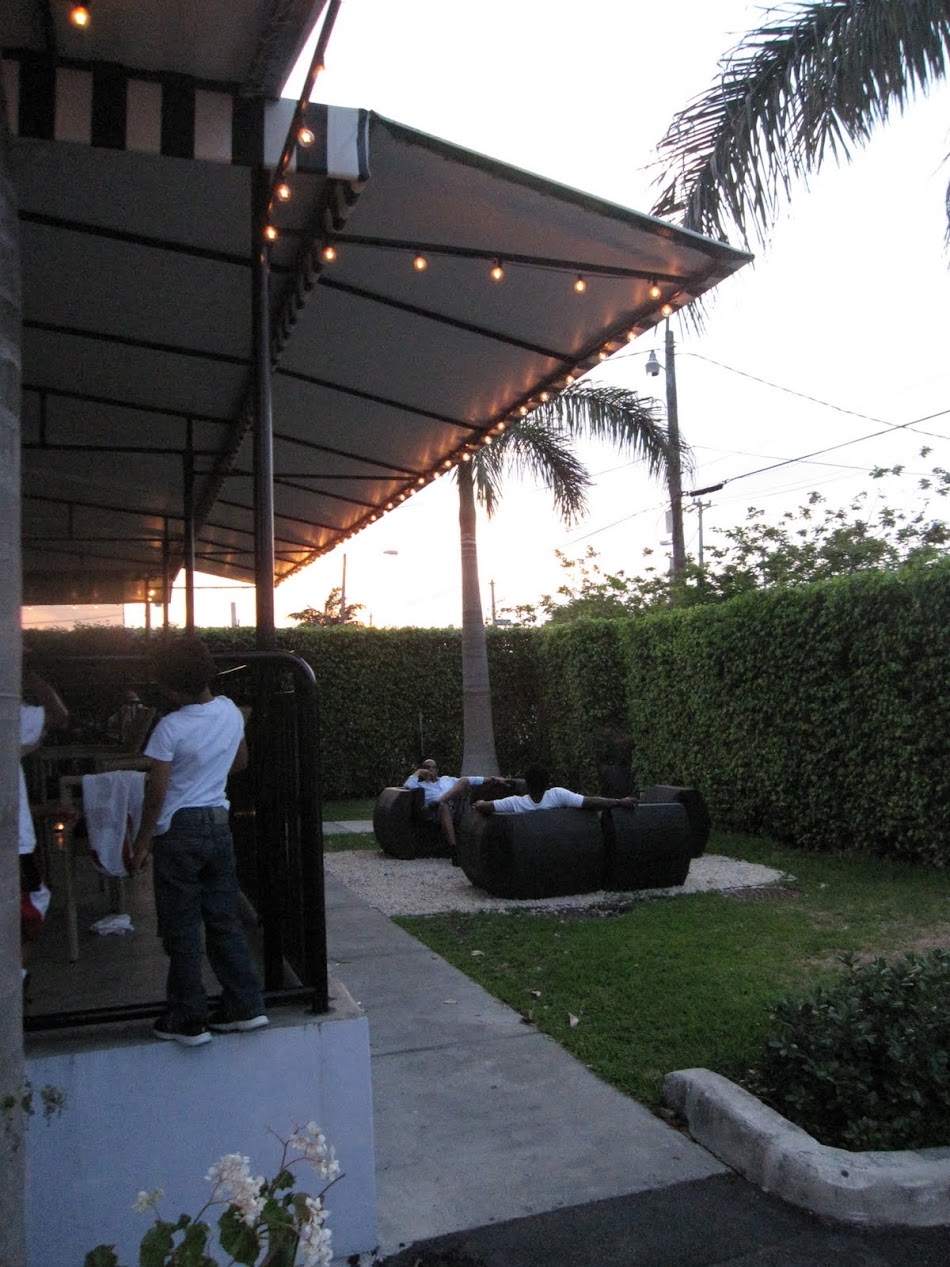 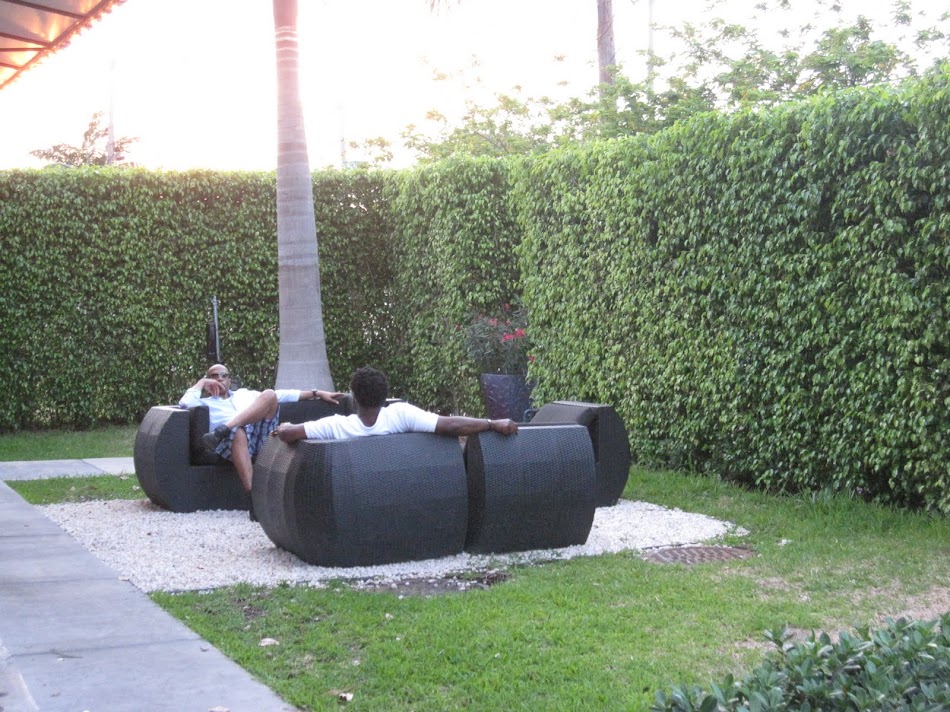 We were seated right away on the outdoor patio. I noticed the festive black and white salt and pepper shakers as soon as we sat down. I love these! 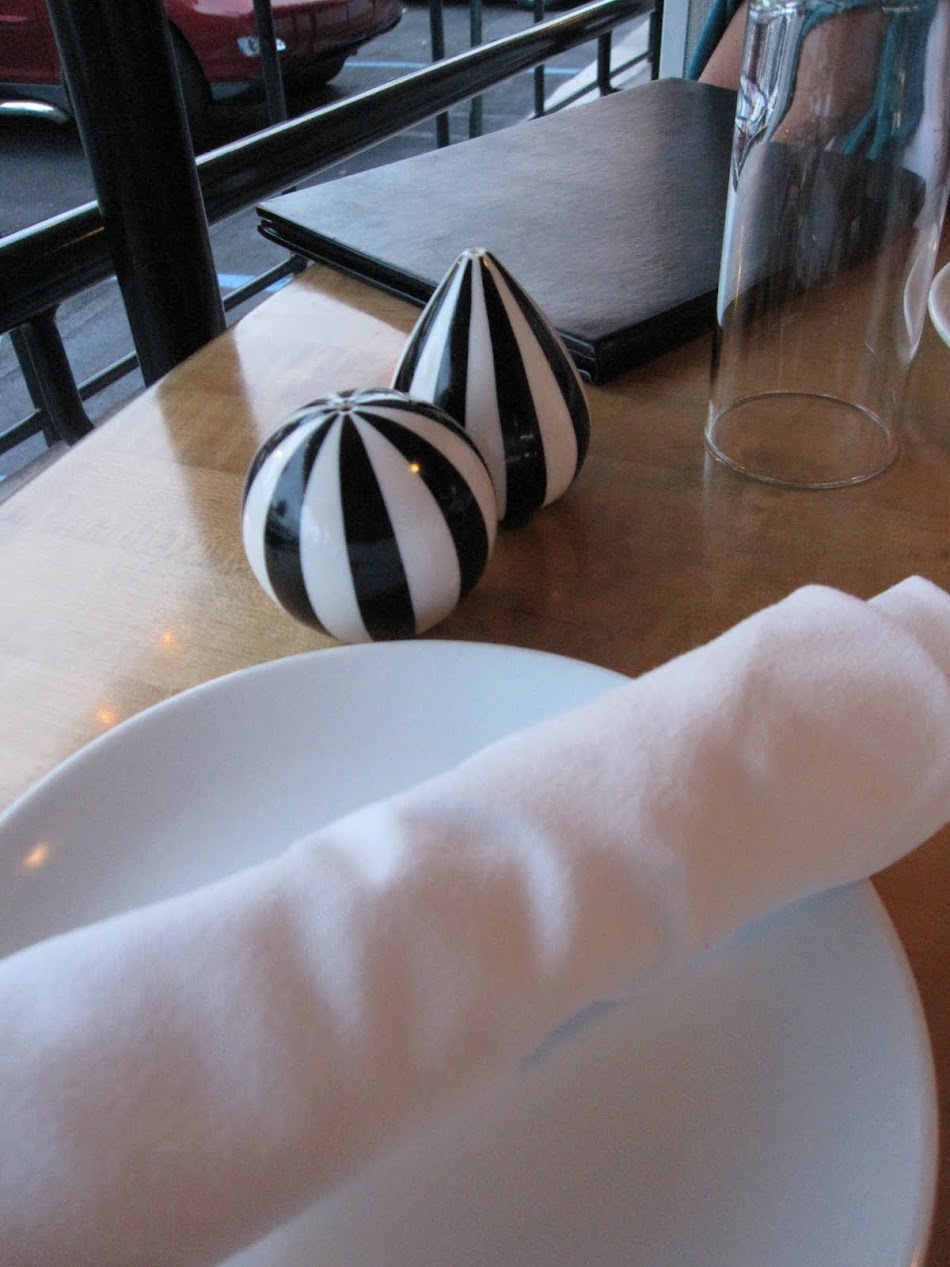 From our seats we could see into the indoor dining room, which also looked beautiful. I love the light fixtures. 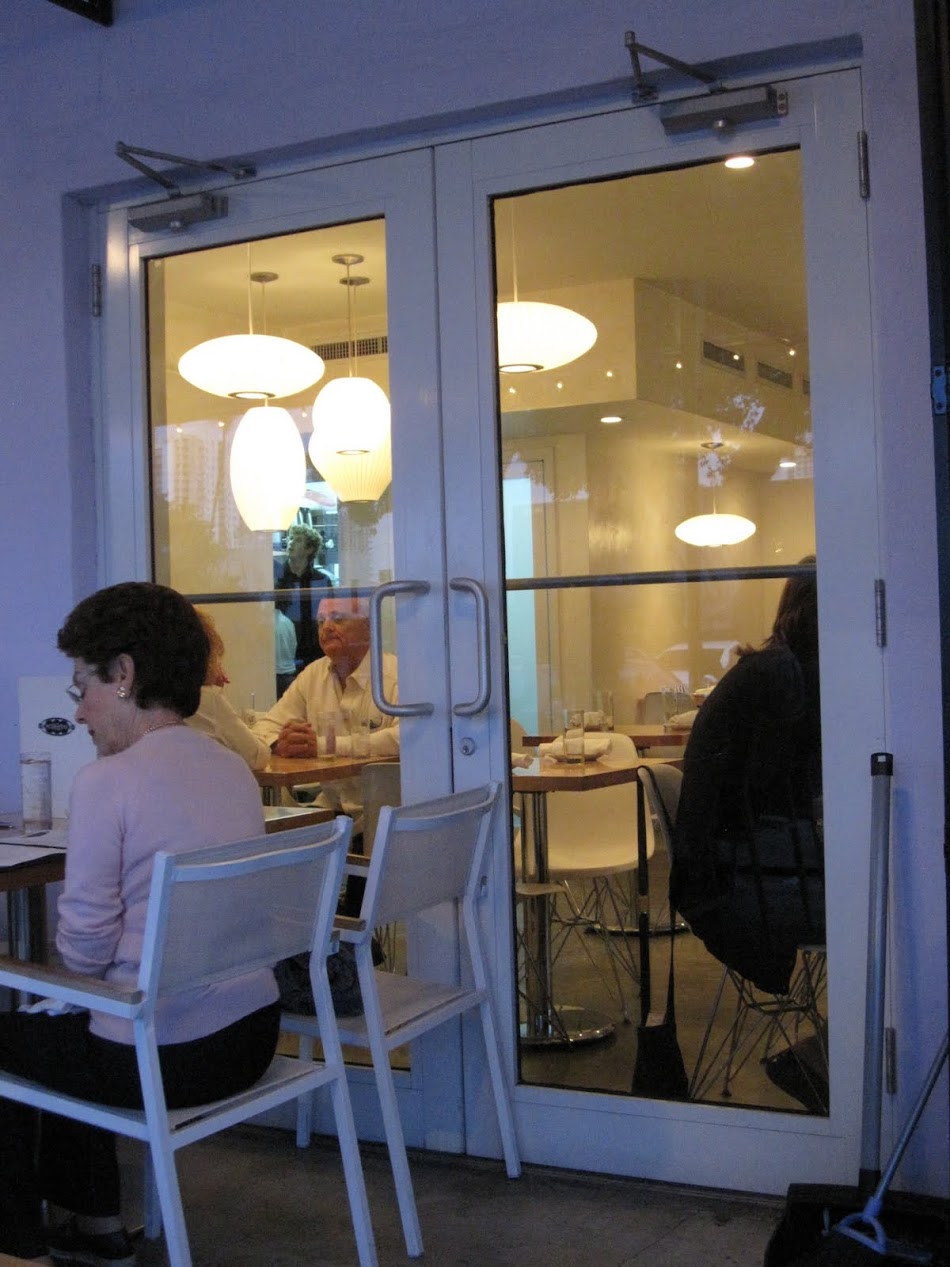 We started the meal with the white wine sangria. It was sweet, cool and refreshing. I like my sangria heavy on the fresh fruit and this version lacked in that department, but it was still quite delicious. 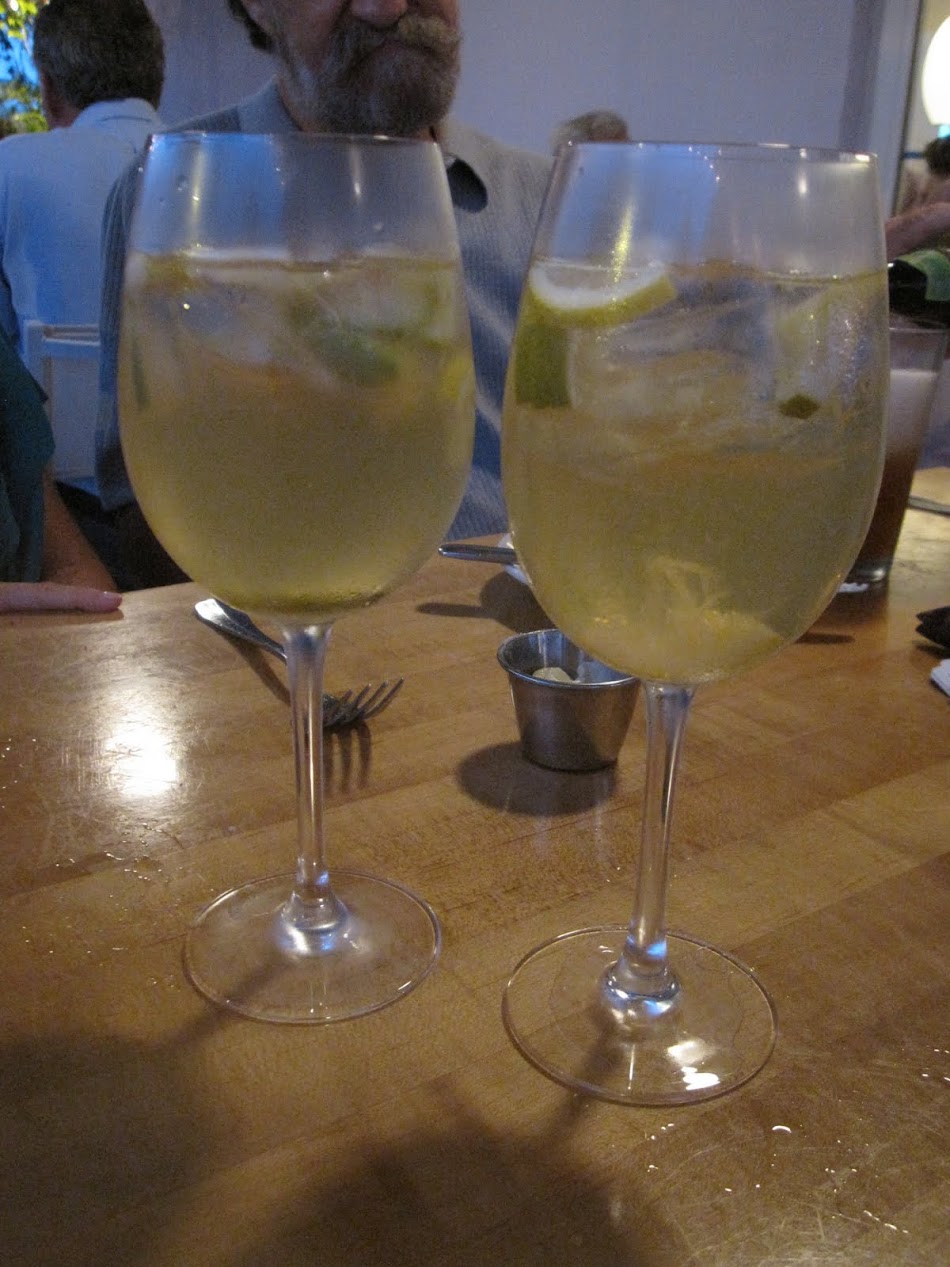 Our waitress soon brought over a basket of french bread and corn bread which my parents dove right into. They said both varieties of bread were tasty. 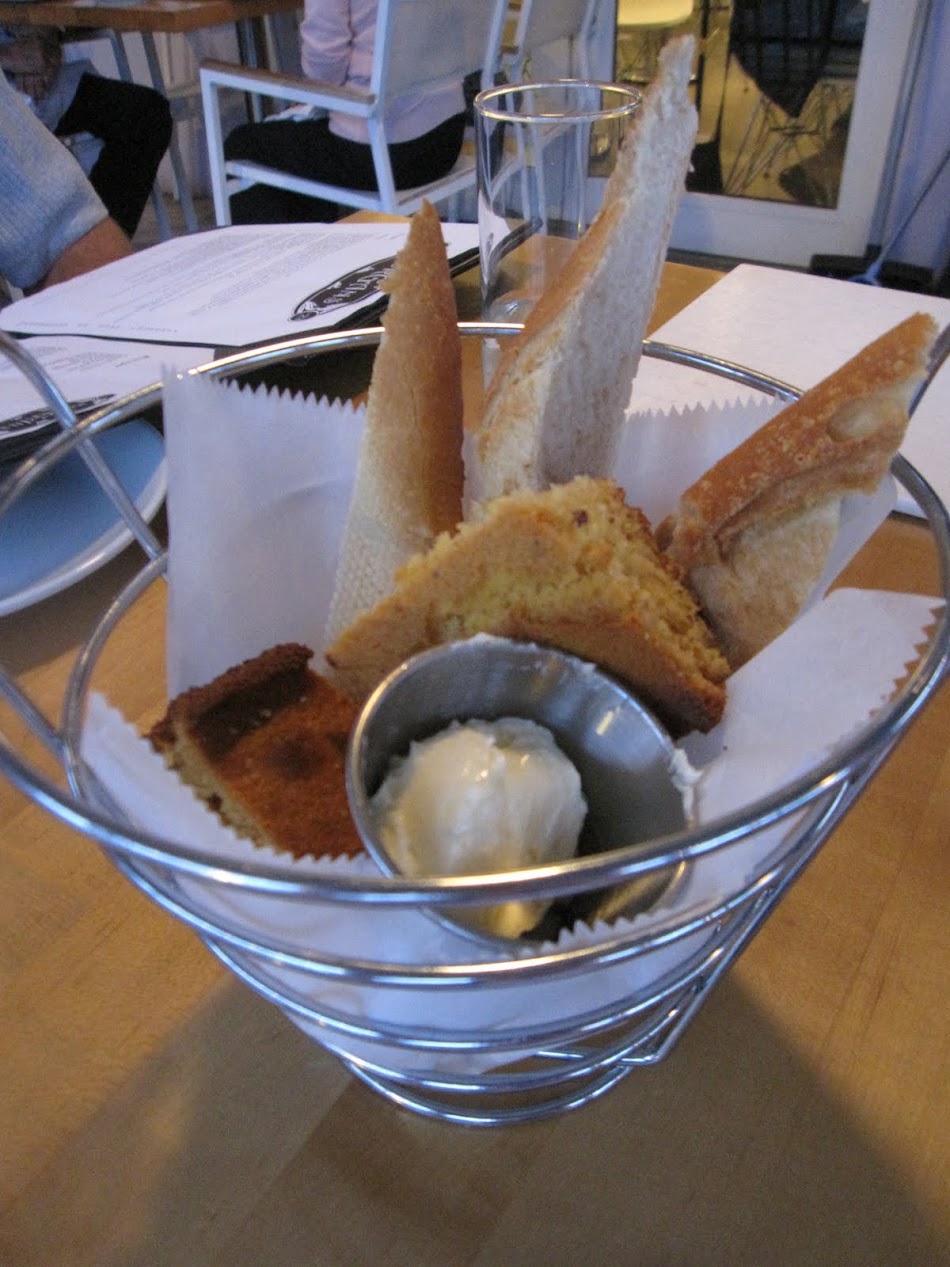 For an appetizer we decided to split the cheese board which came with brie, blue cheese and gruyere, along with fig jam, dried cranberries, walnuts, red grapes and crostini. It was so fantastic we were half way through the cheese when I realized I hadn't taken a picture! Here is a photo of what was left by the time I snapped a shot: 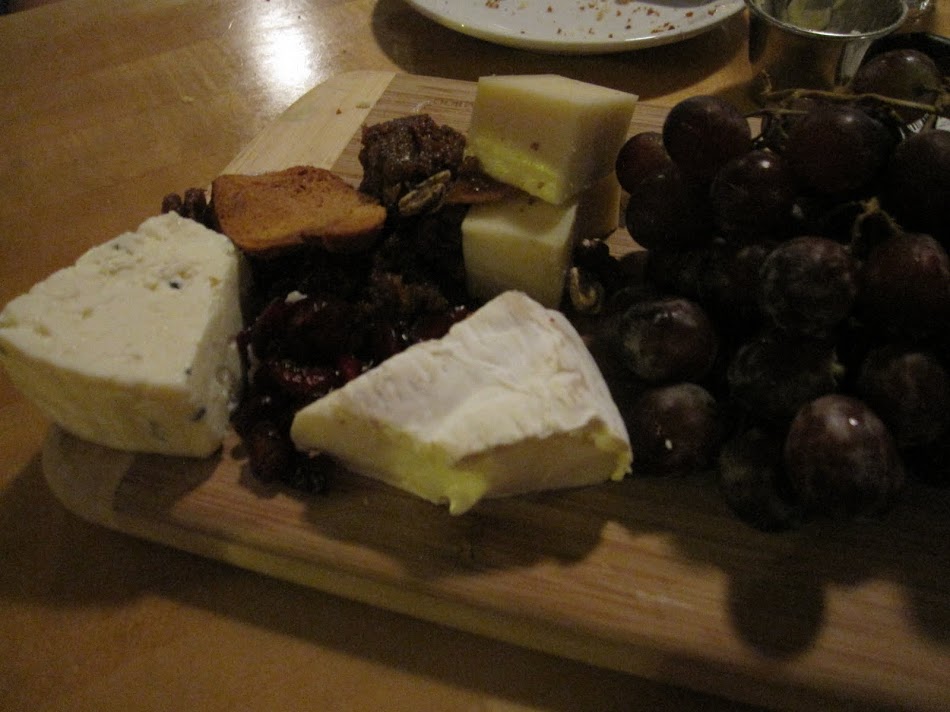 For dinner my dad ordered the mussels which we heard before we saw. The plate arrived at the table sizzling! My father said that the mussels were cooked well, but there was no broth with the dish which is usually what he looks forward to. He also ordered a side of french fries which came in an enormous portion. Not to worry, we all helped make them disappear. 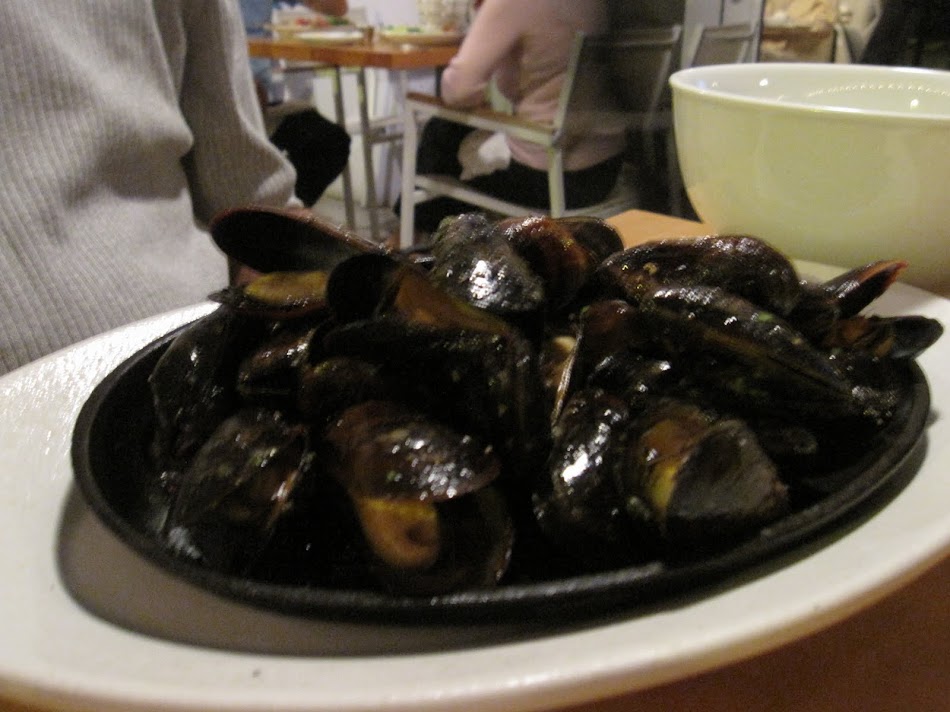 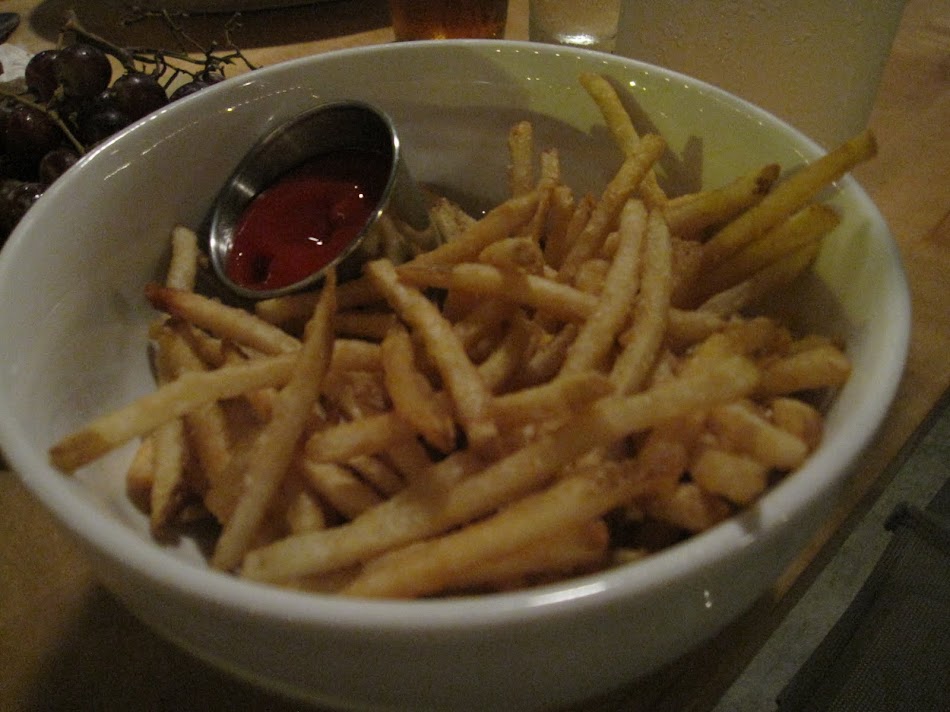 My mother ordered the Morgans signature salad and added shrimp. 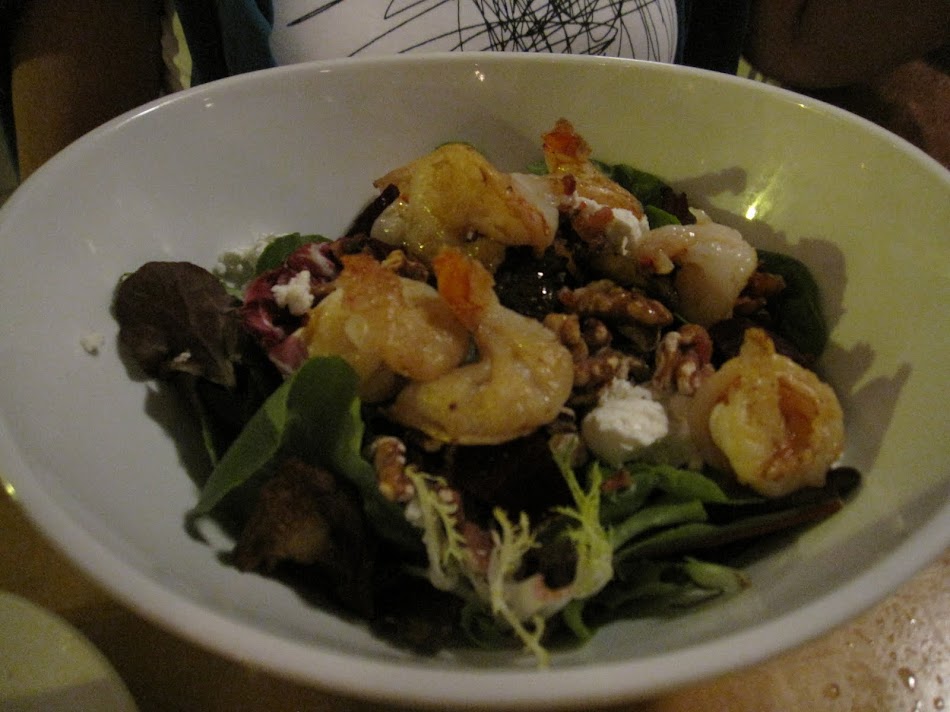 I ordered the Greek salad which was huge and topped with fresh tomatoes, cucumbers, red peppers, feta cheese, olives and grape leaves. 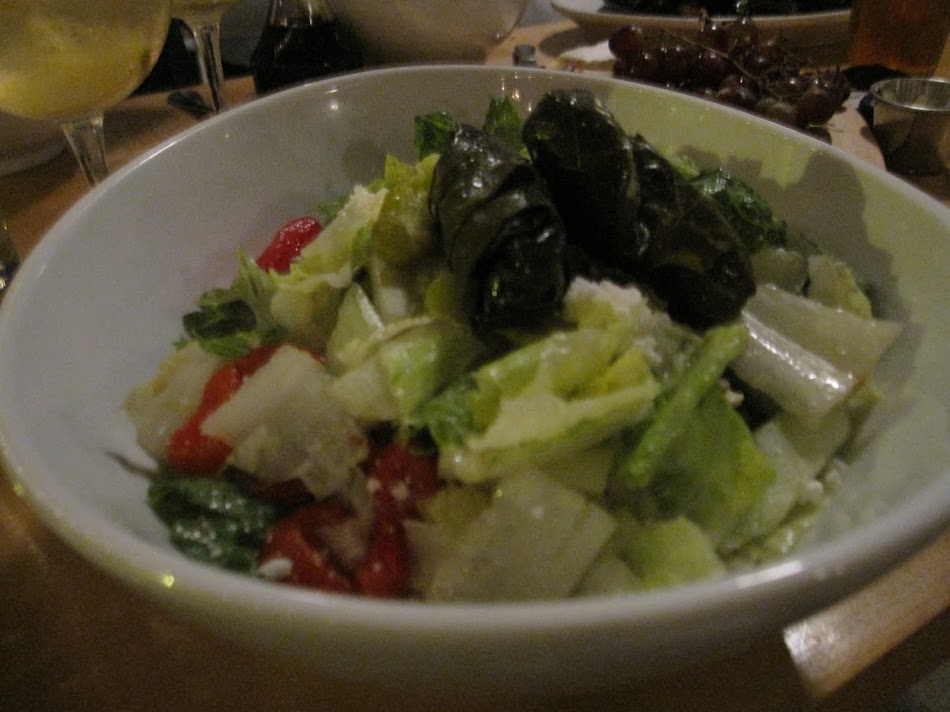 We were too full for dessert but the options included chocolate and mint bread budding, donuts with chocolate and raspberry dipping sauce, homemade chocolate chip and oatmeal raisin cookies and chocolate mousse. Next time!

Morgans is the perfect place for a family dinner. The crowd ranged in age from six to sixty and everyone was enjoying themselves and the warm spring night.

After dinner my parents took me to see what are called the Wynwood Walls. This is a public art exhibit on the exterior walls of a few neighboring buildings. 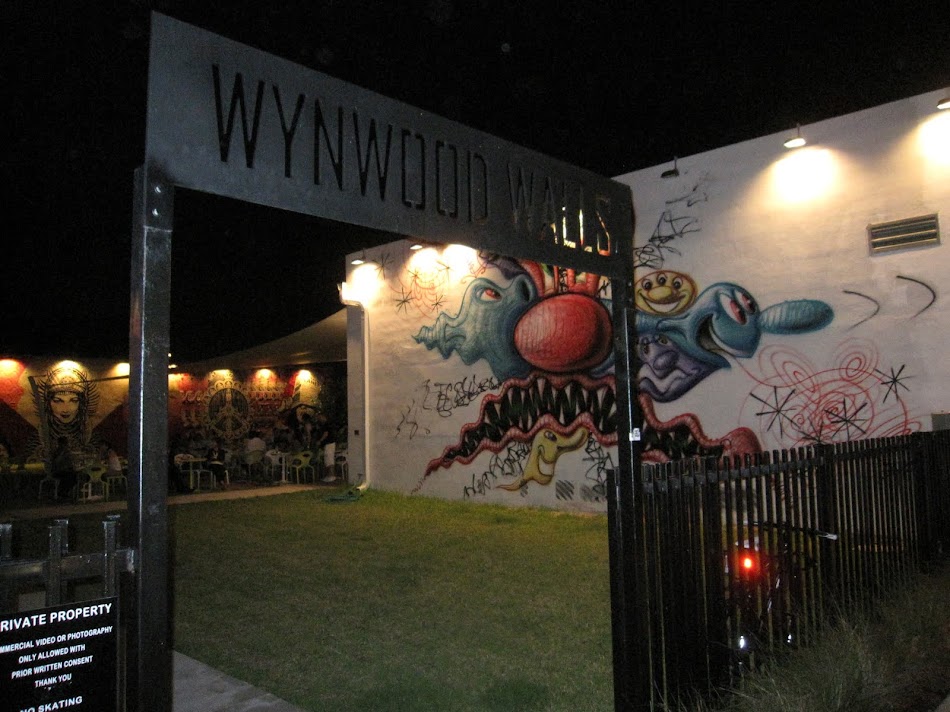 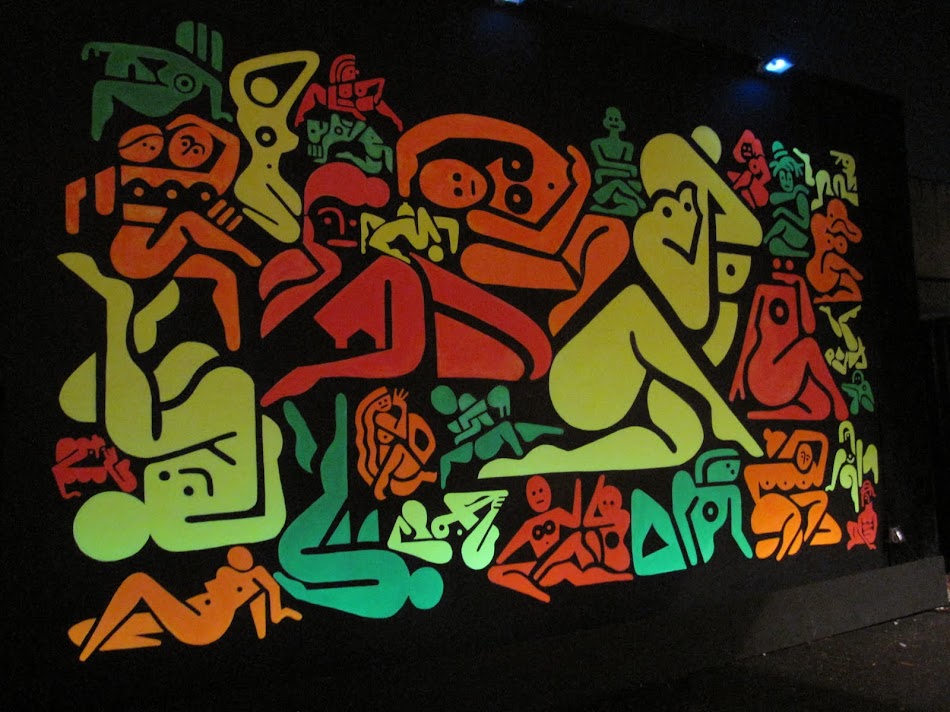 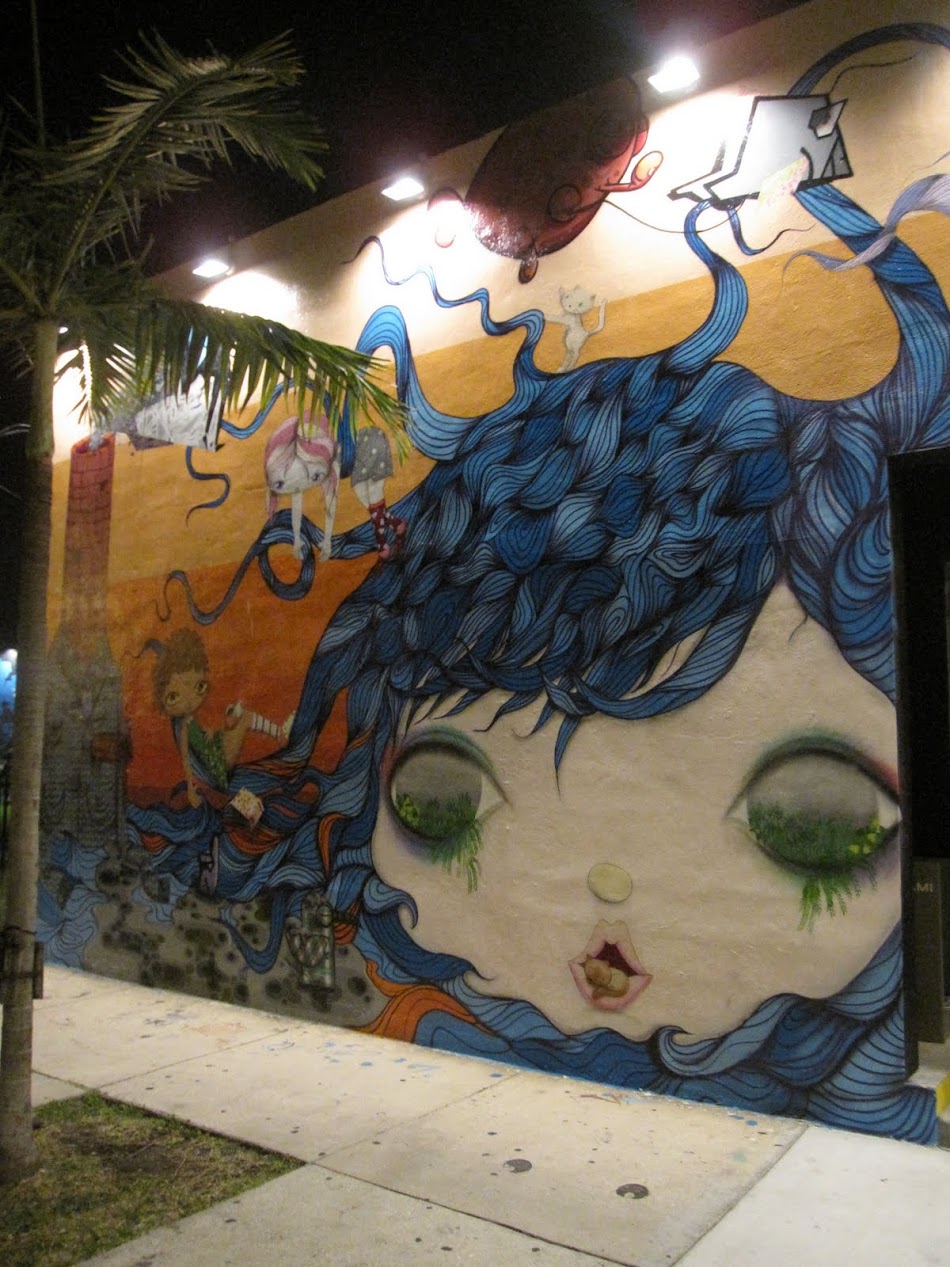 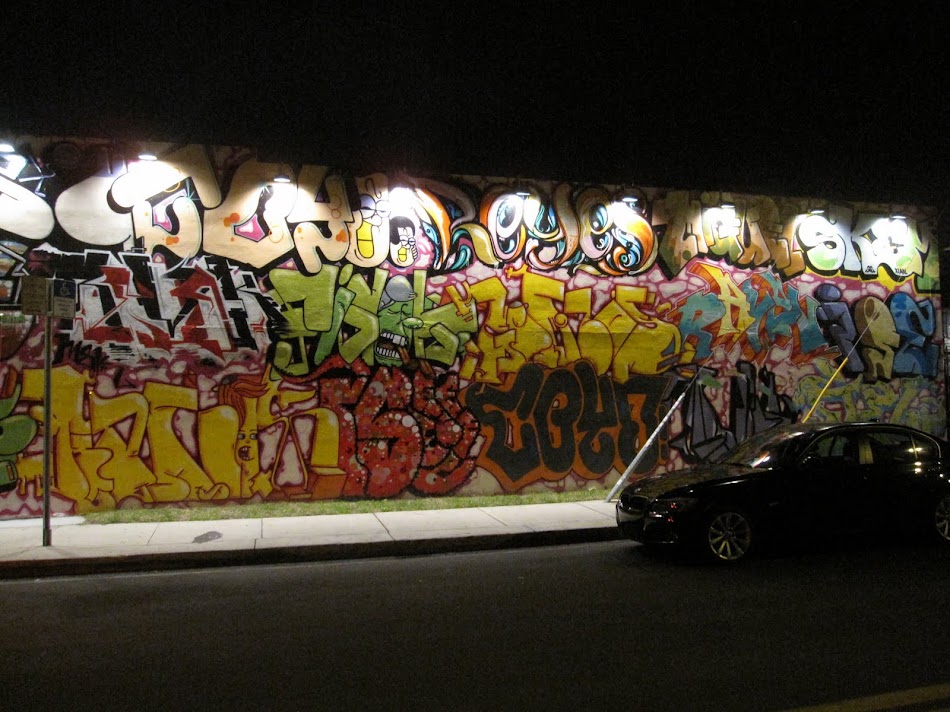 Many of the walls face the same park where there are tables and chairs set up, as well as a restaurant called the Wynwood Kitchen which also displays art. 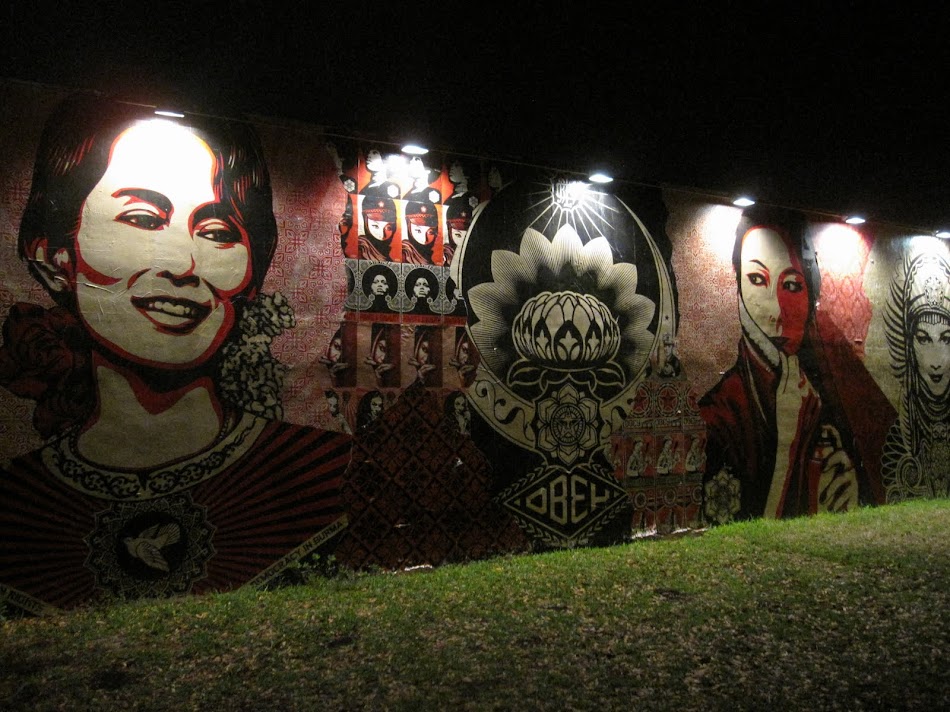 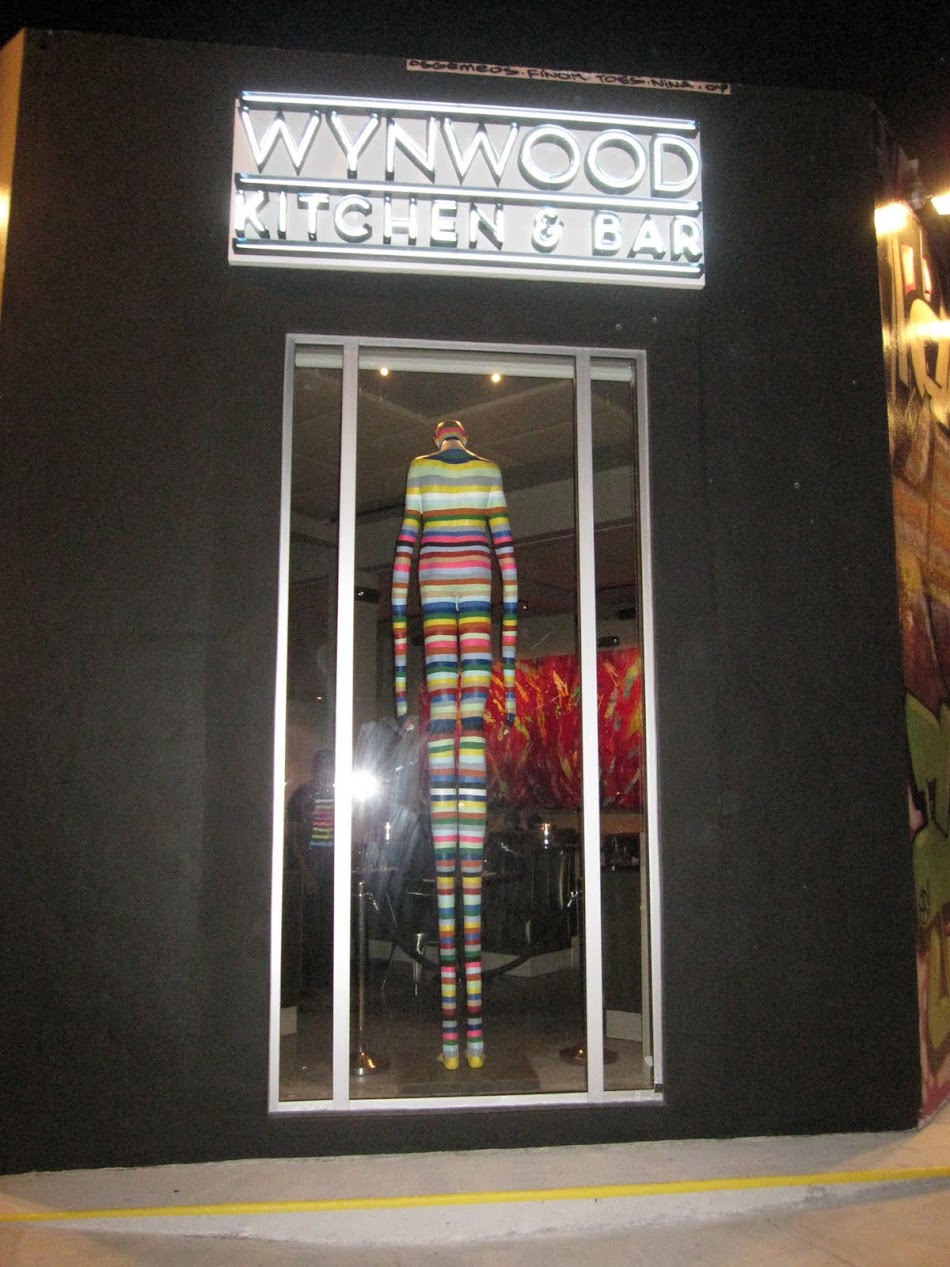 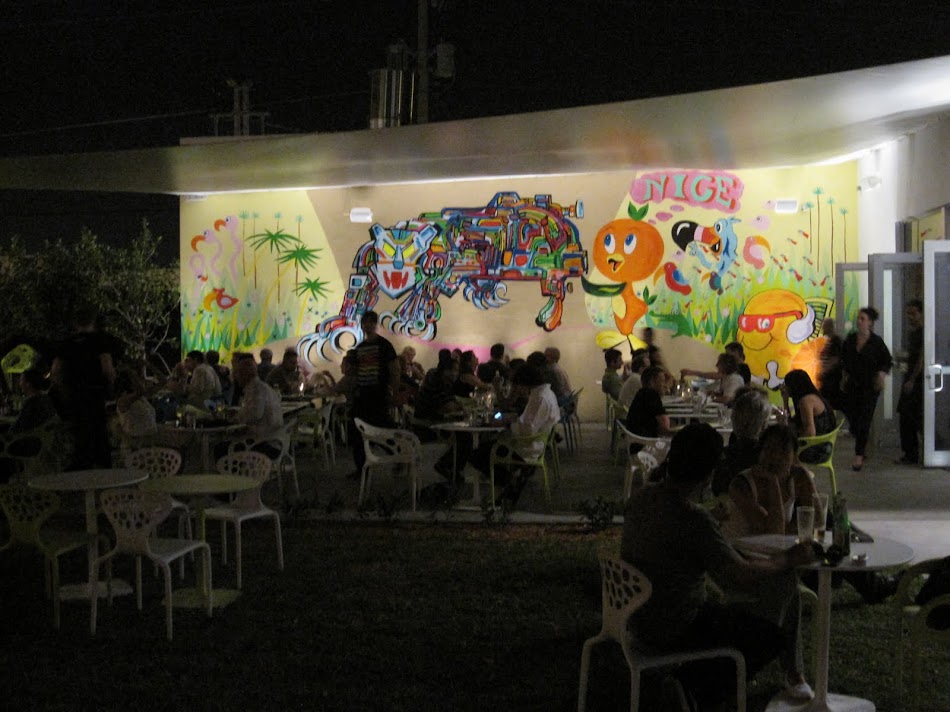 The art on the walls vary in style and color. It's amazing to see how the featured artists have made these huge, industrial spaces come to life. This is a great place to take kids interested in the arts. I wish I could take my eleven year old cousin who is currently loving her art lessons.

The best part? You can explore the Wynwood Walls for free!

If you are making a trip to Miami, absolutely add Morgans and the Wynwood Walls to your must-do list!

Everybody have read so many things about sin before and its a fact. I like to explore my knowledge about it and https://www.dissertationhqhelp.com/studymoose-review/ always help me to know about anything. This is a very nice and informative post and i have enjoyed reading it a lot.

I hope all of you would have a wonderful day. Lets get connected. Cheers to all of you.
Works @ https://www.bbms.qa

Thanks for the blog loaded with so many information. Stopping by your blog helped me to get what I was looking for. online kaszinó

You know your projects stand out of the herd. There is something special about them. It seems to me all of them are really brilliant! thefarm2gether

This was really an interesting topic and I kinda agree with what you have mentioned here! teawmueangthai

This is such a great resource that you are providing and you give it away for free. I love seeing blog that understand the value of providing a quality resource for free. overrunnings

Most of the time I don’t make comments on websites, but I'd like to say that this article really forced me to do so. Really nice post! royalefallflat

END_OF_DOCUMENT_TOKEN_TO_BE_REPLACED 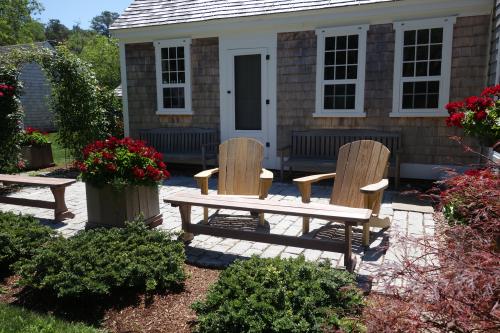 Every summer for my whole life my family has spent at least one full week on Cape Cod. When I was a little girl we all piled into my grandparents' rental house in East Dennis and for the past 20 years we've stayed in the same house in Truro. For those who aren't familiar, Truro is the very last town before Provincetown, the final town at the tip of the Cape. 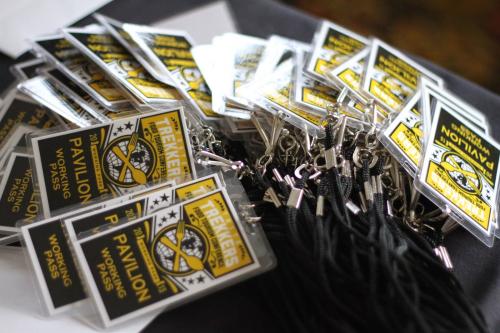 Ever thought about planning a vacation around food destinations? If the answer to that question is "yes," how would you like to spend a weekend exploring culinary paradise with fellow foodies? 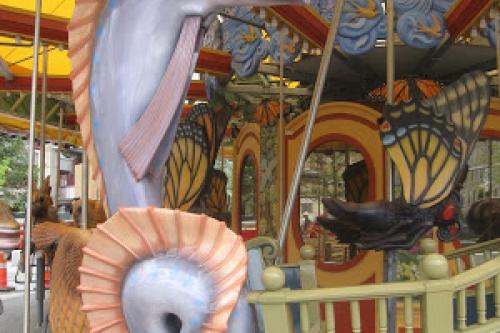 My father grew up in Hull, MA, a town known for two things: Nantasket Beach and Paragon Park. Paragon Park was a popular amusement park that was eventually torn down, but the park's carousel was preserved. When I was a little girl every time we would visit my grandparents I would beg to go ride the carousel after dinner. I would circle the whole platform to strategically pick my horse. Once the ride began to spin, each time I would frantically wave to my grandparents (who were safely on the ground) and each time I did so, they waved back like it was the first time they were seeing me.