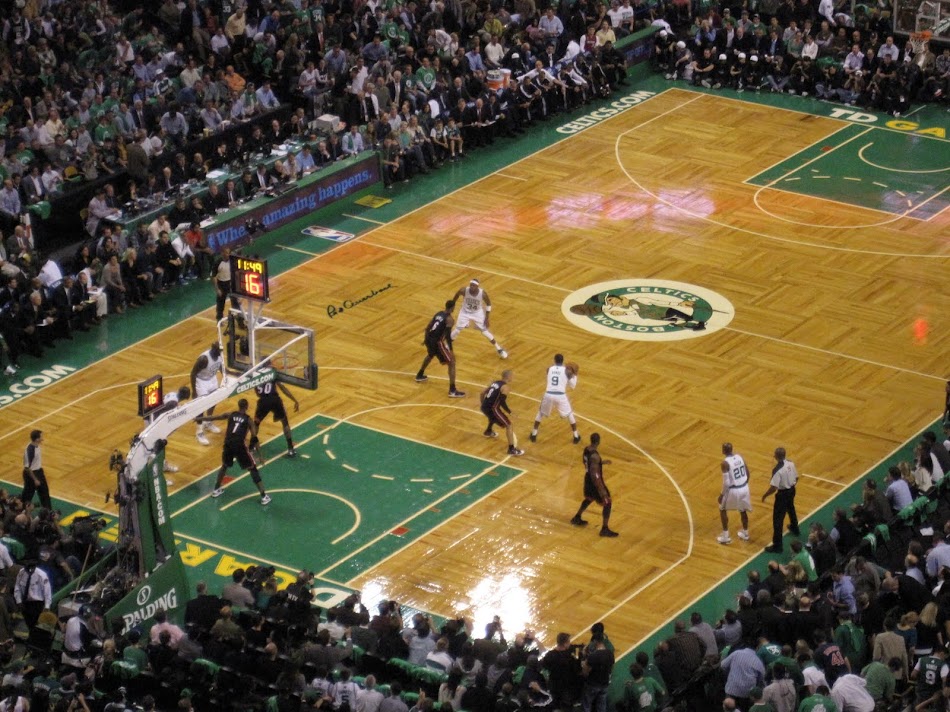 A few months ago I learned via the Celtics Twitter handle when 2010-2011 Celtics tickets would be going on sale, including tickets for opening night. When it was announced that the first game would be at home versus the Miami Heat I became down right obsessed with ensuring I would be inside the Garden for the match up.

Over the past few weeks the city of Boston has literally been pulsating with anticipation about this game. Not only did the Celtics come incredibly close to winning it all last year, but now they would be kicking off a new season versus the newly stacked Miami Heat. Miami's golden boy Dwayne Wade now shares a roster with Lebron James, Chris Bosh and former Celtic Eddie House.

I purchased tickets for me and my friends about three weeks ago and couldn't wait to actually get inside the stadium for the festivities. 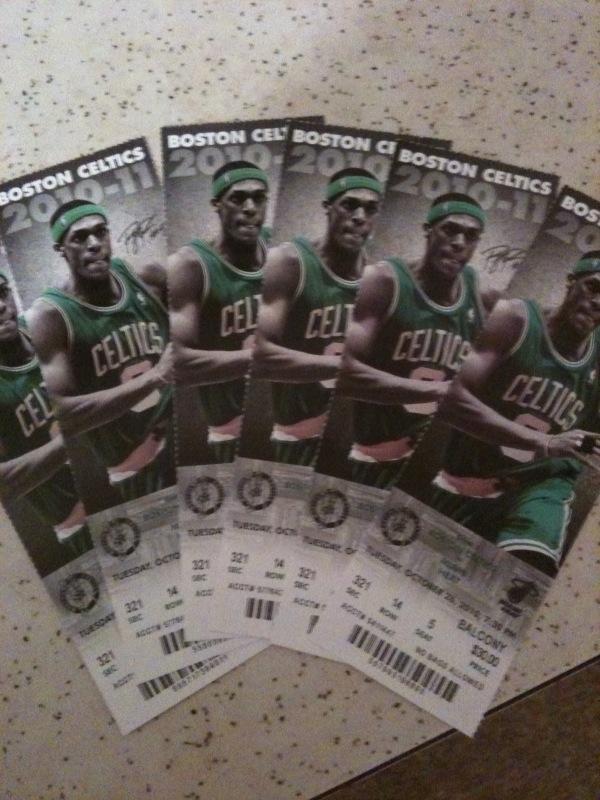 We arrived a few minutes before the Boston Pops took center court for the national anthem. Keith Lockhart conducted the musicians in a custom Celtics jersey which had his last name on the back and the number 18 (the Celtics are chasing their 18th national championship). 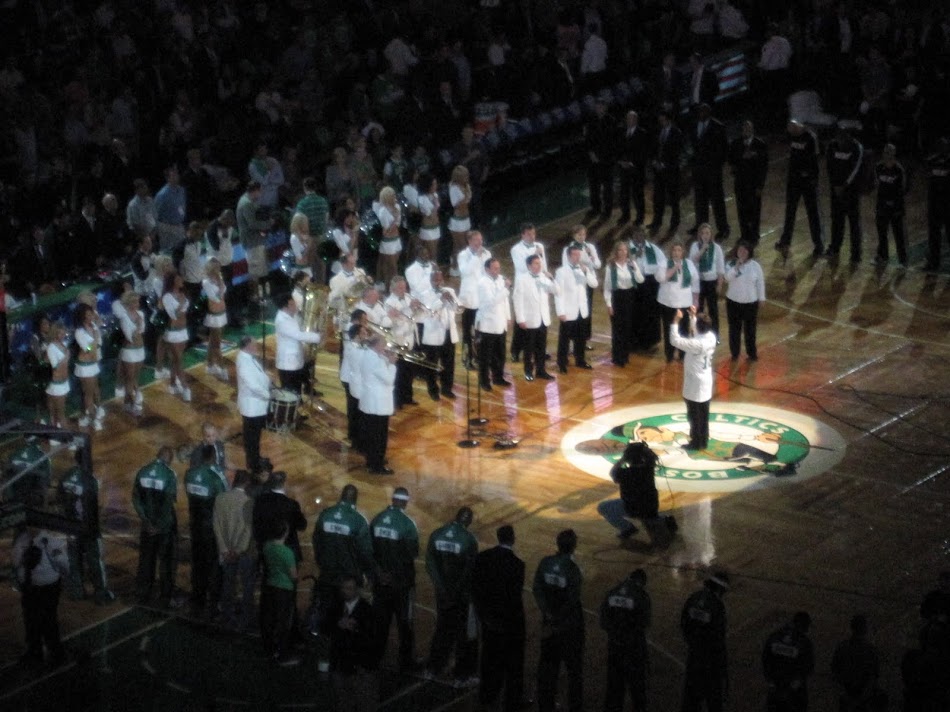 Our seats were in the second to last row of the highest balcony. Also known as the section where the real fans sit. Every seat in the arena had a brand new, bright green Celtics t-shirt draped over it as a thank you and welcome gift for the fans. I went to opening night two seasons ago and they also gave out free t-shirts then. I have to say, I love that perk!

Though the Celtics have a pretty tame intro (especially compared to the Miami Heat. Can you say pyro?) the crowd went wild when each starting player was introduced, particularly the newest and largest addition to the team, Shaq. 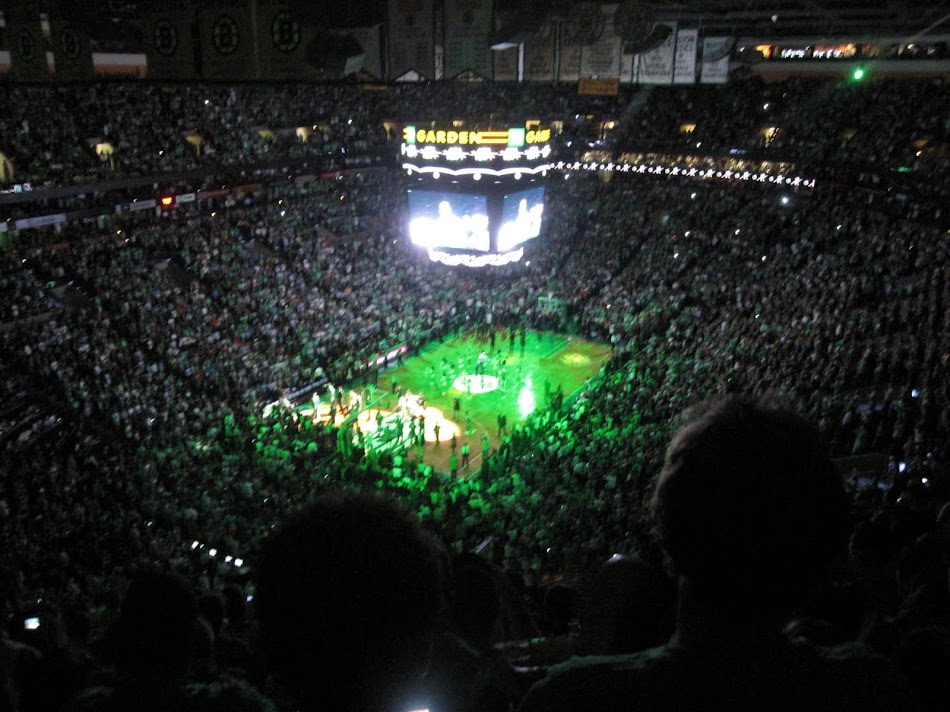 Captain Paul Pierce grabbed the mic before tip off to thank the fans for coming out and to toast to the quest for banner 18. 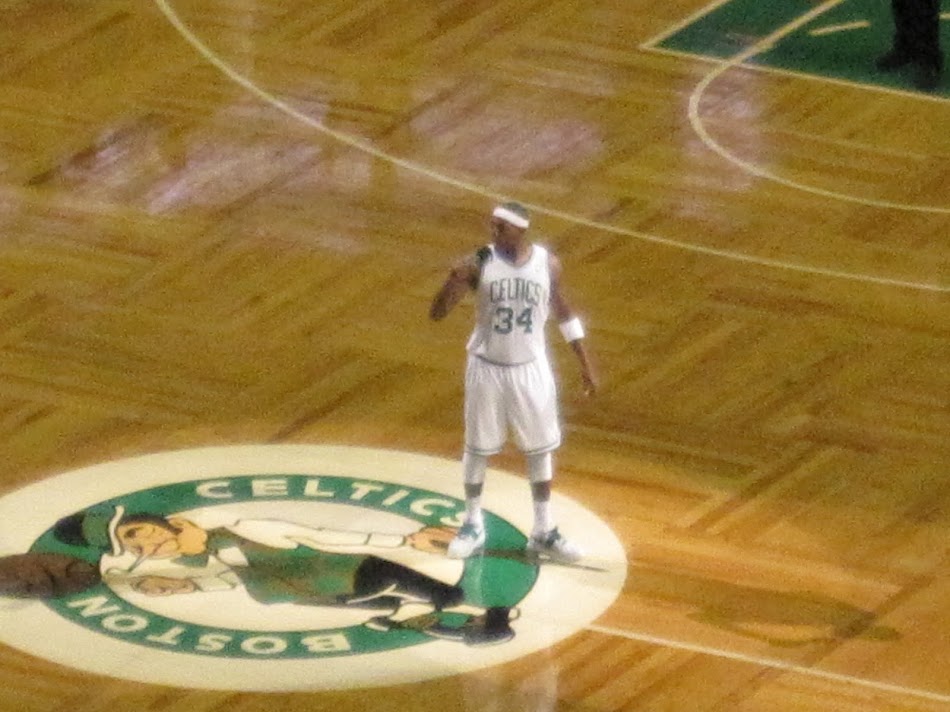 It was a great game, with the Celtics leading for most of the night. Shaq actually made his free throws (nothing short of a miracle) and Ray Allen sunk three pointer after three pointer as if he could do it blind. After four solid quarters, the Celtics triumphantly defeated the hyped Heat. 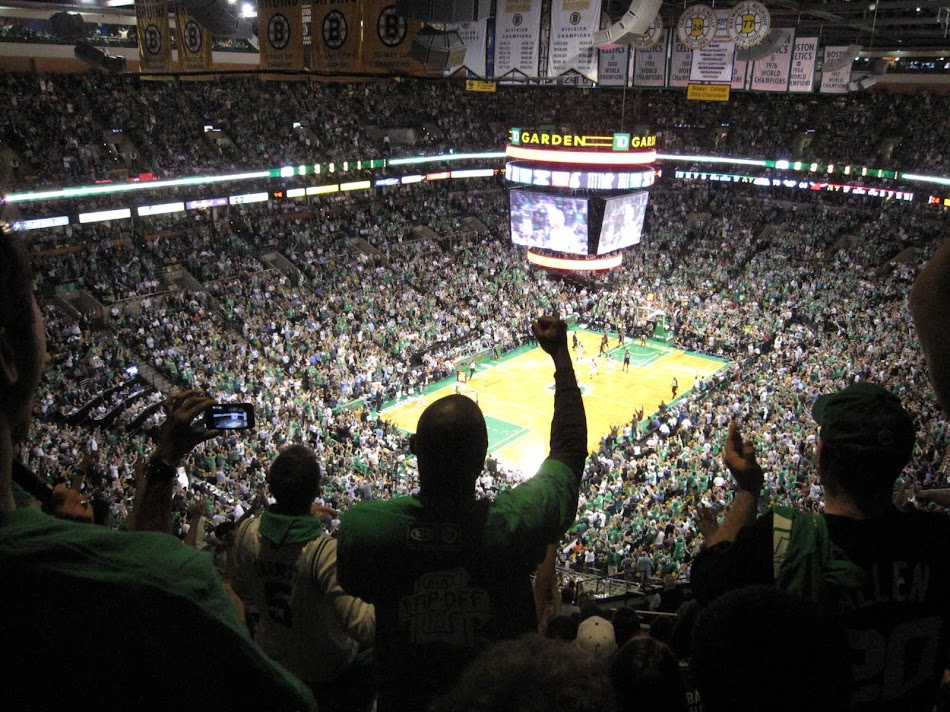 For me, the best part of the night was being a part of the electric energy of opening night for my home team as they took on the most talked about new roster in the NBA. Now 24 hours later, I am still high from the incredible experience.

If you can get your hands on tickets to at least one game this season, you have to check out the Celtics in action at the Garden. The fans are loyal and loud, and the vendors have margaritas on tap. Need I say more?

Maybe if The Heat would sell 200 remaining cheap Miami Heat Tickets for $60 instead of $160 they’ll sell out? I’m sure by tonight they will.

I'll be in Miami Thanksgiving week and Christmas week and definitely plan on going to some games. I'll report back.

You made such an interesting piece to read, giving every subject enlightenment for us to gain knowledge. Thanks for sharing the such information with us to read this... how far is jericho from the jordan river

You know the setting. The smack of the leather ball echoing across the glossy gym floor as it is dribbled, the squeak of the players' shoes, the sweat running down the players' faces as they run, jump, and heave the ball across the court. This is basketball. muggsy bogues dunk

END_OF_DOCUMENT_TOKEN_TO_BE_REPLACED 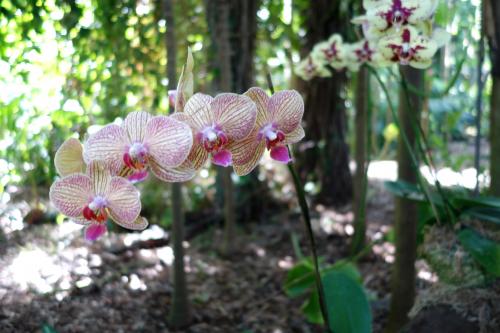 We took a quick break from the Miami recaps for the Oscars (hugely important) but today I wanted to share one final Florida adventure with you.  My parents moved to Miami in the summer between my junior and senior year of college. They left behind my childhood home (I had lived there since I was 4 years old) and were putting a three hour plane ride between us. Did I mention that I'm not good with change? Needless to say, I wasn't thrilled about this new situation. 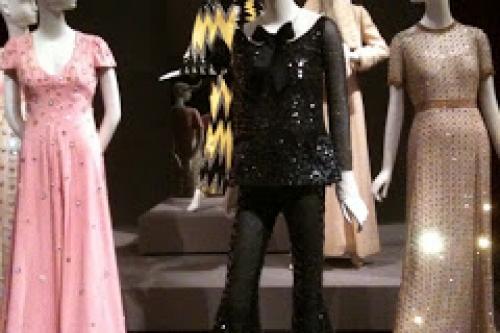 Growing up my mother used to take my sister and I to the Museum of Fine Arts on weekends. They had all kinds of family programs, including legendary scavenger hunts around the museum. As we got older, my sister began to take art classes there and eventually taught younger children. Needless to say, we've grown up loving this museum.

Hello friends! I just found out about a very exciting event coming this fall, the Taste Trekkers Food Tourism Conference. It's the first of its kind, and will bring together chefs, restauranteurs, food writers and dining out fans for three days of incredible events all surrounding people who plan their travel around food. The event is going to be held in Providence, RI from September 20th - 22nd and is being organized by the founder of Mystery Meet, Seth Resler.