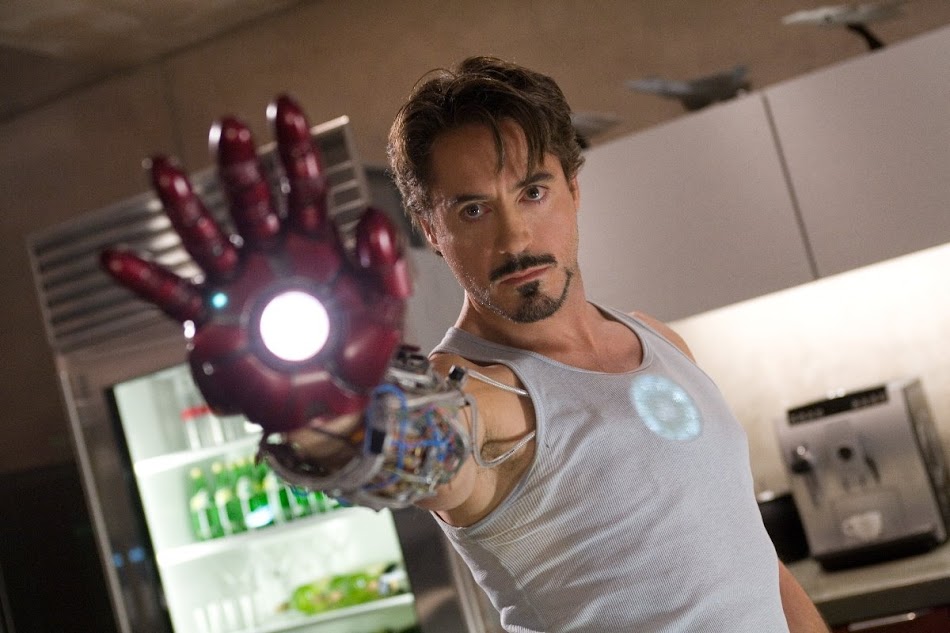 Let me begin by saying, yes, I know, this movie was a hit two summers ago.

Now that we’ve got that out of the way, I rented Iron Man because I heard it was great and because the sequel came out and I felt I couldn’t see it without seeing first.

I am not normally a Robert Downey Jr. fan (with the exception of his amazing multi-episode arc on Ally McBeal), but he was fantastic in this film playing a young, billionaire genius trying to redirect his company down a path of ethical behavior. 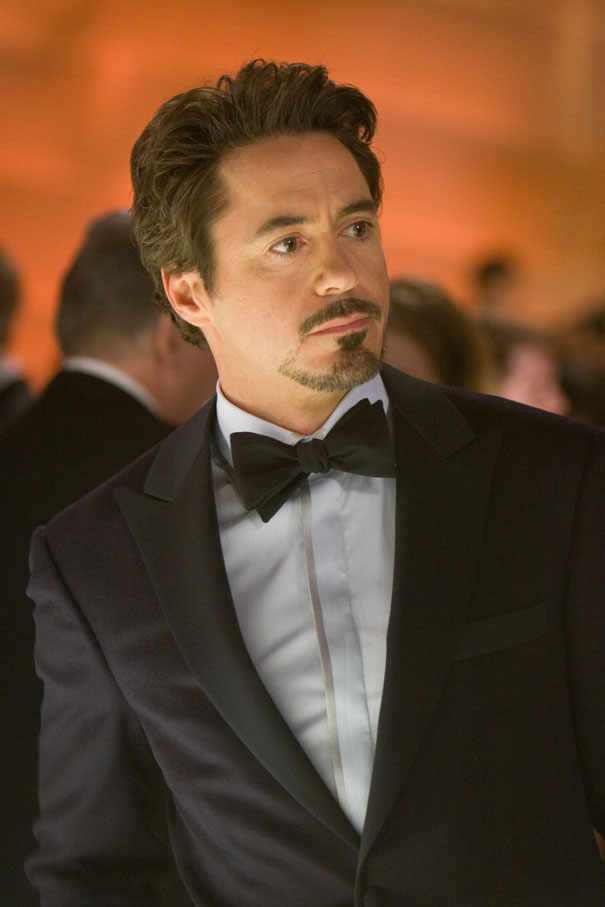 While the movie started out slow (how much underground darkness can a girl watch?), it picked up in the second half and the special effects were incredible. It made me wish I had seen the movie in the theater on the big screen.

I also loved Gwenyth Paltrow in this role and as a strawberry blond! In the charity event scene she is breathtaking in that cerulean blue gown. It reminded me of the yellow gown worn by Kate Hudson at the end of How to Lose a Guy in 10 Days. 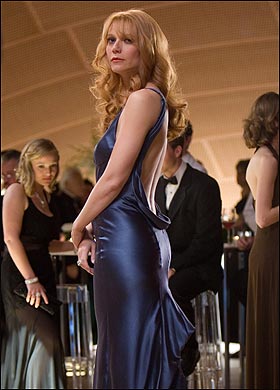 Jeff Bridges was also great as Downey’s business partner/villain. Hello, a 21 year old stole the company from him, of course he wants revenge!

I also enjoyed the appearance of Leslie Bibb as a tenacious reporter out to expose Iron Man. I remember her from the CW series Popular and until recently her biggest claim to fame was nothing more than a skin care advertisement. Or maybe it was make up. Point being, nice to see her back. 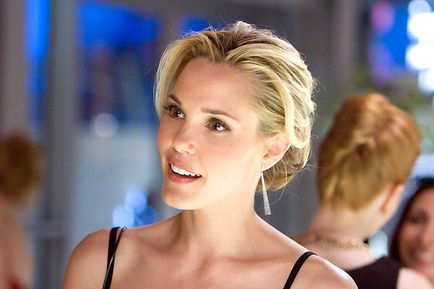 I wanted to high five the writers who decided to end the film with the press conference in which Robert Downy Jr.’s character says, “I am Iron Man.” It felt just like the end of Batman, the Dark Knight, when Batman proclaims, “If Gotham needs a villain, that’s what I’ll give them.” Dun dun dun!

Iron Man is one of the better superhero movies. It's based off the popular Marvel comics. On one of the reviews, I was shocked to see that the person liked the new Hulk better. I agree that Hulk is a great movie, but Iron Man is 100 times better. Tony Stark, a popular weapons company owner gets kidnapped by a cult called "Ten Rings" in the Middle East. They want Stark to build a weapon for them. Instead he builds his Iron Man suit. He eventually escapes and later becomes Iron Man. Will he have revenge on the cult and it's surprising leader? https://happywheels2.io online You'll have to watch to find out. The acting is better than expected in this film. Robert Downey Jr. did such a unexpected great job. Gwyneth Paltrow did well as her role of Pepper Potts. I also liked Terrence Howard as Rhodey. The special effects were great as they are with superhero movies. The plot has its share of intriguing twists. I believe that this Iron Man is original, but that is my opinion.

END_OF_DOCUMENT_TOKEN_TO_BE_REPLACED

Great news So You Think You Can Dance fans! 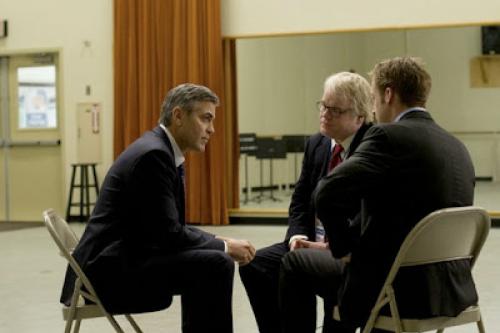 Rental Review: The Ides Of March

Many of my favorite TV shows seem to keep going on random hiatus, leaving me with plenty of time to catch up on my Netflix queue.