Hello, friends. I know I usually share my streaming recommendations on Fridays, but I was traveling yesterday, so here I am today. I hope you have plans for the long weekend that you're excited about.

We're ramping up for the fall TV debuts and I'm pumped. So many good shows coming. Also, the Emmy Awards are fast approaching on Monday, September 12. If you enjoy awards shows, mark your calendar!

Here's what on my radar:

I have three suggestions for you this week - two series and one movie. Let's get into it.

1. Partner Track (Netflix) - When Netflix released the trailer for this, I admit, I thought it was another summer rom-com. Turns out it's a ten-episode TV show based on the book The Partner Track by Helen Wan, which originally published in 2013.

Arden Cho stars as Ingrid Yun, a lawyer who is six years into her time at her firm and hoping for a promotion to partner at the close of her next big deal. She's competing against mostly white men, including a former fling who just transferred in from the London office, Jeff Murphy (played by Dominic Sherwood). Her arch nemesis is an arrogant associate named Dan Fallon, played by Nolan Gerard Funk, who you may recognize from Glee, Awkward and The Flight Attendant.

Ingrid seeks refuge with her two best friends (also attorneys at the firm), Rachel and Tyler. Rachel is played by Alexandra Turshen and Tyler by Bradley Gibson.

Hollywood agents, if you can hear me, please give Alexandra Turshen her own show! She stole every scene she was in. I couldn't figure out why I recognized her face, and it turns out she played Misty (the blond lifeguard) on Red Oaks, one of my favorite Amazon shows of all time.

Of course, Ingrid also has a love interest. His name is Nick and he's played by Rob Heaps from Imposters. In this role, Heaps is much less anxious (thankfully). This character, Nick, is the son of a wealthy hedge fund manager and he's able to give Ingrid all the finer things in life.

I don't want to give too much away, but the tenth and final episode ends with a serious bomb being dropped. I think I actually said out loud, toward the TV, "Excuse me? What?"

As of the moment I am typing this, Partner Track hasn't been renewed for a season two, but I really hope it will be. Digging for answers, I fell down the rabbit hole reading interviews with the show runner, Georgia Lee. Check out this Q&A in Deadline and her interview for the Netflix blog.

2. Selling the OC (Netflix) - I hadn't planned on watching this show, because I didn't think I could love a spinoff as much as I love Selling Sunset, but I was delighted to be wrong. The Oppenheim brothers are back, this time at their new office in Orange County. They've hired about a dozen agents to help them expand their SoCal empire.

There are three women in the office named Alexandra. There's a pompous agent named Gio who everyone hates. There's a Brit named Polly who hopes her accent can charm her out of anything. There's a single mother, Kayla, trying to provide a better life for her kids.

But mostly, there's really, really gorgeous listings. Having been to Laguna Beach, Newport Beach and San Clemente fairly recently (back in August 2019), it's been incredibly fun to see inside these houses. If you thought the Los Angeles listings were luxurious, you haven't seen anything yet.

Like Selling Sunset, this show is produced by Adam DiVello, who is the master of combining beautiful people, stunning locations, high drama, and a perfectly curated soundtrack.

3. That's Amor (Netflix) - I flew down to Miami, FL yesterday to spend Labor Day weekend with my family. Ahead of the trip, I decided to download a movie for the plane. On a recommendation from a friend, I chose That's Amor.

It's the story of a woman named Sofia (played by Riley Dandy) who loses her job and finds her boyfriend cheating on her, all on her 30th birthday.

She moves out of their shared apartment and back in with her mom. Her mother suggests that they take a cooking class together to help Sofia get back out in the world. Of course, she resists.

In a surprise to no one, the cooking class is being taught by a gorgeous chef named Matias (played by Isaac Gonzalez Rossi), visiting his uncle's restaurant for the summer. He usually lives in Spain, where he has a dream of opening his own restaurant.

Sofia and Matias begin to flirt as he helps her to make her first tortilla española. Side note: I studied abroad in Spain and watching this movie made me miss the food so badly! Especially the tortilla sandwich from Mama Leone in Cordoba.

As the cooking class continues to meet week after week, Sofia and Matias' relationship grows, culminating in one of the cutest "please don't go!" airport scenes.

If you are looking for something light and fun, this movie will do the trick. Just don't watch hungry!

There you have it. This week's top picks. Happy streaming.

END_OF_DOCUMENT_TOKEN_TO_BE_REPLACED 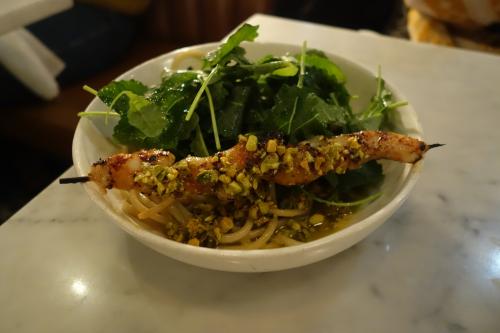 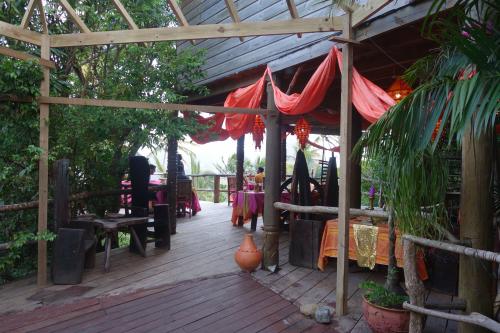 Treetop in St. Lucia offers stunning mountain views, a unique, Indian-fusion menu, and some of the best cocktails on the island.