Soon after we booked our rooms at Baha Mar in the Bahamas, Bravo TV began promoting episodes of The Real Housewives of Beverly Hills where the women were staying at the resort. As a huge fan of the show, I was freaking out! Though I knew we wouldn't be there at the same time, I couldn't wait to see their rooms, where they dined - the works.

The cast wound up spending most of their time on a private island, but they did film one dinner at Baha Mar, and that was at a Mediterranean restaurant called Cleo. Naturally, I made us a reservation there. You can secure a date and time through Open Table and I highly recommend you do that as far in advance as possible. They book up very quickly.

The entrance to Cleo was right outside the elevator to our room, so we walked by it multiple times per day. The dining room and the lobby are separated by an accordion-style divider. The design of the divider is very clever; each panel is lined with mirrors, and also doubles as a book shelf.

Inside the space, the entire left wall is bursting with greenery. It feels like you've entered a place of supreme tranquility (and probably superior air quality).

I was also obsessed with the light fixtures. They looked like tiny glass cloches suspended from the ceiling.

We were seated at a table for two directly next to one of the server stations, so there were constantly people standing right next to us, punching in orders, grabbing silverware or just gossiping to each other while they walked back and forth. Not ideal.

As we settled in, I noticed the appetizer plates right away. Though I'm normally a fan of symmetry, in this case, the mismatched designs were a charming choice. It felt like you were in someone's grandmother's house, who saved plates from many generations of women before her.

We started by ordering cocktails, though they wouldn't wind up arriving until long after all of our savory dishes has been delivered.

To begin, we ordered the hummus and babaganoush (smoked eggplant). Our waiter brought fresh pita bread for us to rip and dip. Each piece was wrapped individually, which was a very nice touch. The bread was sprinkled with za'atar spice, which I can never get enough of.

We both agreed that the hummus was smooth and creamy, made even more delicious by the garnish of fresh, whole chickpeas. The babaganoush was both smoky and bright from the squeeze of lemon juice over the top.

Next came the halloumi cheese saganaki. This dish is extra fun to order because they light it on fire at your table. Because our table was squished into the corner by the server station, the woman who brought it over actually had to stand behind our table, rather than next to it, making it impossible for me to capture it (without tearing my arm out of the socket).

We both loved the honey and walnut garnishes, giving each bite a sweetness and crunch. While I'm always happy to be eating halloumi, this was a very stingy portion. The entire dish was four bites total.

For the main course, I decided on the artichoke flatbread with potato and arugula. I crave the potato pizza at Cambridge 1 in Harvard Square, so I had high hopes for this.

When the server slid the board in front of me, I was shocked to see purple potatoes! The best part of this dish is that the crust is paper thin. It's satisfying, without leaving you stuffed. Though I had it an as an entree, it would also be great to share as a starter.

Across from me, my dinner date was enjoying the shrimp kebab.

She said, "The shrimp has a great flavor and char, but I wish the kebab had come with something on the side - a vegetable or rice. Without it, it's a tiny portion."

I am not going to lie to you, I ordered the Lotus Flower because The Real Housewives did. No shame! It tasted like fresh squeezed fruit juice with a hint of elderflower. My bestie was less into the Vinebury, calling it "spicy, but nothing special."

Now, before I move onto dessert, I have to say one thing. This was the second restaurant in a row, where despite us asking them to pace our order (appetizers, then entrees) all the food came out at once. In both cases, were seated at a small two-top, and in both cases it left us overcrowded and unable to enjoy the experience as much, because we couldn't figure out how to reach for anything without knocking something over.

That said, Cleo redeemed itself with dessert. My travel buddy is gluten-free, and at many restaurants the dessert options are limited because it's largely baked goods. Well, the star of Cleo's dessert menu is a flourless chocolate cake. She felt like we'd hit the jackpot!

The cake arrived in the most adorable silver baking dish (pan? skillet?) sprinkled with powdered sugar. On the side was a scoop of coconut ice cream, caramelized bananas and two petite meringues.

The cake had a rich and decadent chocolate flavor, and tasted even better when coupled with the coconut ice cream. It was a wonderful way to end the meal.

In case you missed any of the previous Baha Mar posts, you can catch up here:

Have you noticed the news has changed its approach recently? What once seemed like a never discussed issue has become more prevelant. It’s that time to chagnge our stance on this though. retractable screens

Hello There. I found your blog using msn. This is a really well written article. I’ll be sure to bookmark it and return to read more of your useful information. Thanks for the post. I’ll certainly comeback. Seo company dublin

Exceptional write-up my buddy. This really is precisely what Iâ€™ve been searching for for very a time now. You have my gratitude man dog grooming booking software

This is a nice post from your website. This post gives quality info. I'm certainly going to look into it. Very valuable tips are given here. These tips may help readers to make new idea on their own writing works. thesis writing service Anything we taken info from the blogs we have to implement that in for all objectives and purposes then only we can know that correct thing clearly.

If you read our article on general sports betting for beginners, then you know that one of our cardinal rules is to bet on sports that you know something about. fun120

Everything is made easy, from opening the account, making deposits, navigating the different sports pages, placing bets, right through to making withdrawals, but should you have any problems along the way there are on-line tutorials, on-line help contacts and a telephone service if you prefer. bet88

If you did you might have been very disappointed when that team lost. You shouldn't be, because you can use what just happened to you as a means to create a very powerful betting strategy. The superior team that just lost most likely will have to play the inferior team again. They may have been caught off guard the first time around, but the second time around they are going to prepare extra hard. Note that if they meet again in the same season, they may be playing in a different venue. However this can be to your advantage, as the prices on offer might be better than you expect. keo nha cai

This major part of betting is unfortunately a task the bettors have to overcome by themselves. fb88link

It is better to accept your bad luck rather than running for good luck . nha cai vn88

too much vitamin-a can also cause osteoporosis but aging is the number cause of it. visit website

Your place is normally valueble in my opinion. I am grateful!¡­ home care policies

i love funny stuffs, but i specially like funny movies and funny videos on the internet** black and white tile

Please let me know if you’re looking for a article author for your weblog. You have some really good posts and I believe I would be a good asset. If you ever want to take some of the load off, I’d love to write some articles for your blog in exchange for a link back to mine. Please send me an email if interested. Thanks! vslots88

I really enjoyed reading this blog post. I will certainly come back and read some more interesting post. Thank you mid town modern

I am speechless. This is a very good blog and very attractive too. Nice work! That’s now not in reality so much coming from an beginner publisher like me, but it’s all I may say after diving into your posts. Nice grammar and vocabulary. Now not like other blogs. You in point of fact recognise what you?re talking approximately too. Such a lot that you made me need to discover more. Your weblog has transform a stepping stone for me, my friend. meeting room organizer

Great day. your blog is full of spam, you should should antispam software,     how does hot desking work

Subsequently, after spending many hours on the internet at past We’ve uncovered anyone that certainly does know what they are discussing thank you very much wonderful blog post Asia Gaming

END_OF_DOCUMENT_TOKEN_TO_BE_REPLACED

Struggling with what to get your bestie this year? I've got you covered. 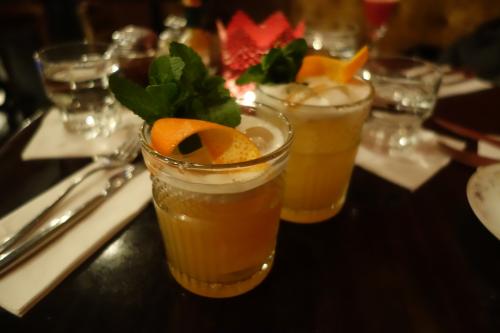 Zalame is a fantastic cocktail bar in Beer Sheva. Be sure to order the Clover Club, their signature drink served in a tea cup!

In honor of 10 years of Pop.Bop.Shop., each month I am sharing a new top 10 list. This month: my favorite decor, food and drinks from the awards show viewing parties of the past decade.