Yesterday I shared with you my picks for the best and worst dressed at the Golden Globe Awards and today I want to talk about the viewing party!

When I was growing up my mom always used to host an Oscar party for all of the neighbors on our street. All the other moms would come over in their pajamas and we'd dish about which dresses we loved, which movies deserved to win and which films we wished we'd seen in time. Now, as an adult, I absolutely love hosting my own awards show parties.

Each year I have my fellow judging panelists (a fabulous group of girls) over for the Golden Globes, the Oscars and the Emmy Awards. When I first started throwing these parties in my Watertown place I challenged myself to never reuse a single item of decor. Not even a paper napkin. But now that I have Scout, as the famous YouTube video says, "Ain't nobody got time for that!"

Though I've given up on not reusing decor, I still have a blast setting a fun, festive mood in the house. I always start with the front door. I like people to arrive and feel excited the minute they ring the door bell. This year I hung a "Now Showing" sign, which is actually a prop from the photo booth I set up at the Emmy Awards party in September.

I try to set the tone from the moment people step into the house by adding a touch of glamour and sparkle to the entry way. Over the years I've used the entry way table for a DIY popcorn bar, a classic movie concession stand and more. This year I decided to add a bit of pizzaz with flowers. I placed two vases on red tulips on the center of the table, an homage to the red carpet.

Then I sprinkled a touch of star power by adding gold, silver and black star confetti.

In the living room, I set up a small concession stand of movie candy - Red Vines, Sour Patch Kids, KitKats and Milk Way Minis. Since I've adopted Scout I am always nervous to place food (especially chocolate) that low to the ground, but shock of shocks, he didn't even try to sniff it!

Since I am still trying to keep my ottoman tray in like-new condition, I put down a few pink and gold coasters for everyone's drinks.

The concession stand reminded me that I had the perfect scented candle for this occasion - Vesssel Candle Co.'s "Lola" flavor. It smells exactly like Cherry Coke! You've seen Vessel Candle Co. here on Pop.Bop.Shop. a few times (BCAE Local Love Market and Crompton Collective). I just love them.

On the fireplace mantel I situated two gold candle holders. I got these years ago at Target and I still use them all the time. Alongside the gold cages I placed popcorn boxes, each one illuminated by a tea light inside. Don't worry, the tea lights were also inside small candle holders to ensure we didn't go up in flames.

How cool does this look with the lights off?

These reminded me of the popcorn flower arrangements I made with yellow and white carnations for the Oscar party in 2014.

Moving into the dining room, I arranged a tray with a signature drink. I wanted to make use of some beautiful blood orange candies I'd been given from a place called Sugarfina. I first discovered it in San Francisco last month and then a friend told me a location has opened at the Prudential Center! They have champagne infused gummi bears. Enough said.

I really wanted to highlight the Blood Orange Fruttini, which are essentially very decadent gum drops.

I paired the candies with prosecco and blood orange Italian soda from Trader Joe's.

I placed two candies on each stirrer and dropped them into champange flutes. Guests were able to top the candy with their own personal ratio of prosecco to soda.

For those drinking water or Diet Coke, I put out gold paper cups and of course, some red and white striped straws. You know how I love a paper straw.

For all of the nibbles I left out a few small plates.

I have more paper goods than a PartyCity, but I wasn't satisfied with any of my choices. The day of the party I went hunting for a new option and found these beauties at Boutique Fabulous in Inman Square. I thought they were just the right amount of regal for the evening (notice the chandelier and crown designs).

In the center of the table I lit my candelaba from local interior design star Pop & Circumstance. I know these black tapers are a bit vampire-ish, but I couldn't resist

If you've been reading Pop.Bop.Shop. for a while, you already know that much of what I learned about hosting came from my Golden Birthday party planner, Dustin. One of Dustin's biggest pieces of advice to me was "Never forget the bathroom." It may seem strange to decorate this particular spot in your home, but it really makes a difference.

For this particular evening I jazzed up the counter with golden soap (honey scented) and elegant paper hand towels (yes, I've used these before).

With that final touch in the bathroom, the house was ready!

When the girls arrived we feasted on a buffet of snacks - three kinds of cheese (truffle cheddar, havarti dill and brie), a multitude of crackers, hummus, pita (bread and chips) and carrots. I was too busy pigging out to remember to snap a pic.

For our main meal my incredibly talented friend Stephanie made us minestrone soup from scratch. The best part of the kitchen in my place is having Steph over to cook in it. Check out her blog for all of her delicious recipes, including many more ideas for hearty, comforting winter soups.

After the first few awards had been handed out, it was time for dessert. This year I served a trio of mini confections - chocolate ice cream cones, vanilla ice cream cones and mint chip ice cream sandwiches - all courtesy of Trader Joe's.

There's no guilt when the dessert is smaller than the palm of your hand!

In case you were wondering how my pup handled the gaggle of girls taking over his usual spot on the couch, he completely retreated. He left the living room and cozied into the cushion on the window seat. At first he was just snoozing with his head resting over the edge, but by the ten o'clock hour he was completely horizontal.

With the Golden Globes behind us, the countdown to Oscar is on! The nominees will be announced this Thursday, January 14th and the awards show is on Sunday, February 28th. Chris Rock is hosting. I have high hopes for him as the MC.

My goal is to see both "Concussion" and "The Big Short" between now and Oscar night.

What movies are you hoping to see?

The party picture that was at this forum shown along the community panel at this was about the global awards show. I need to get the album that was at https://easywritingservice.com/essay-for-money/ this was the site that has all details along the path that was shared at this to gain some services on it.

This photo is really good!!. I'm curious how you can find and upload the material I wanted. We look forward to a lot of activities in the future. If you have time, please visit my site!
스포츠중계안전놀이터먹튀검증안전놀이터토토사이트꽁머니

END_OF_DOCUMENT_TOKEN_TO_BE_REPLACED

When I was in elementary and middle school, I was obsessed with Halloween. I lived in a neighborhood where all the families carved pumpkins, decorated their front porches and hand selected the candy they'd dole out with pride.

When it comes to adult beverages, I've always been a cocktail girl. I dine out most nights of the week and when it's time to order, nine times out of ten I will pick a cocktail over beer or wine. 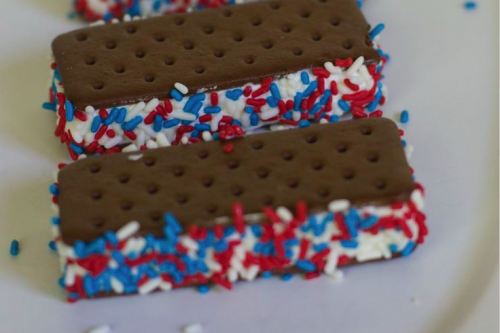 The fourth of July long weekend is so close I can taste it! My office is closing early today (3pm) and is closed tomorrow, so I feel like I am getting an extra special Independence Day celebration weekend. My agenda for the long weekend includes beach, BBQ, patio dining and "Magic Mike XXL."