Earlier this week I wrote about a cupcake class I took at Butter Lane in New York City as part of a bachelorette party. Part two of that evening was dinner at Mercadito in the Lower East Side. 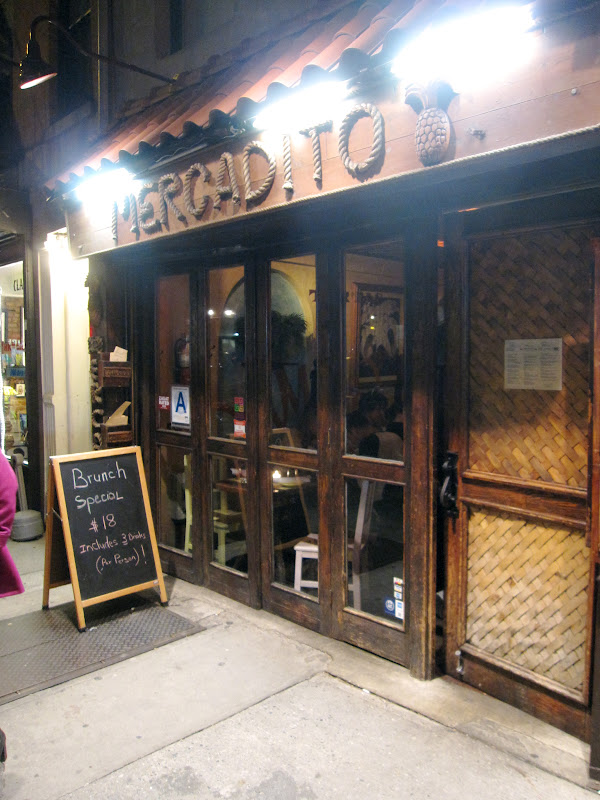 Mercadito is a classic New York City restaurant - small, tables squished together and tons of waiters and bus boys running around clearing plates at the speed of light.

When we walked in, the host walked us to the back of the restaurant which had a stairwell leading down to another room.

We were seated at a long table right at the bottom of the stairs. 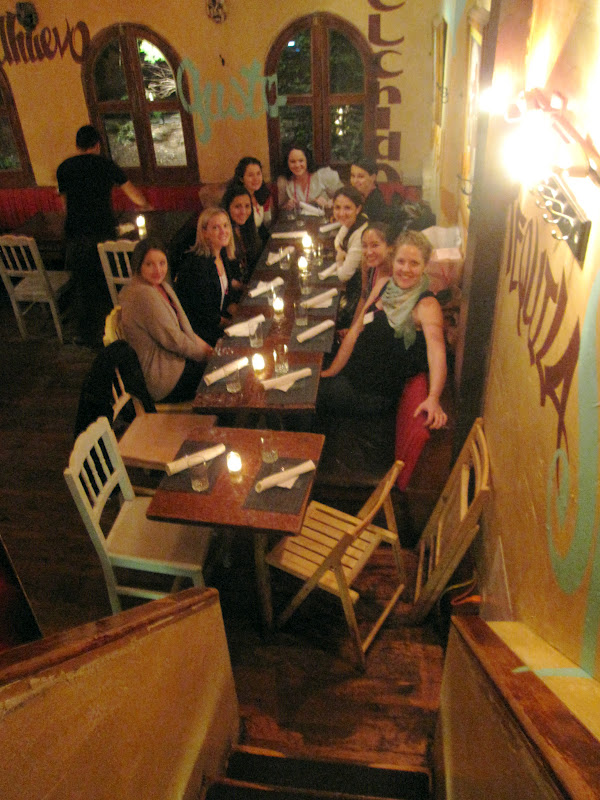 Once seated I could really take a look around. The walls of the restaurant were yellow with Spanish words painted across them. 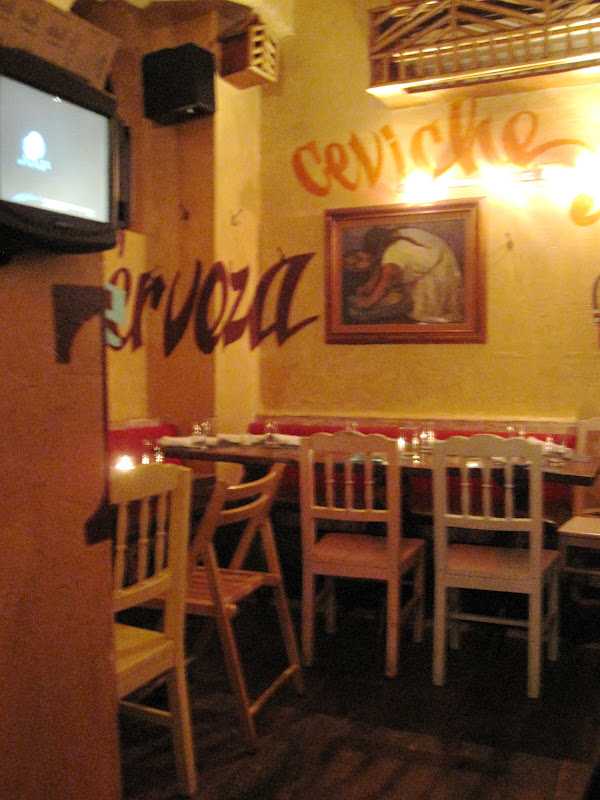 Step one in a Mexican restaurant: order drinks! We quickly placed orders for margaritas and sangria. 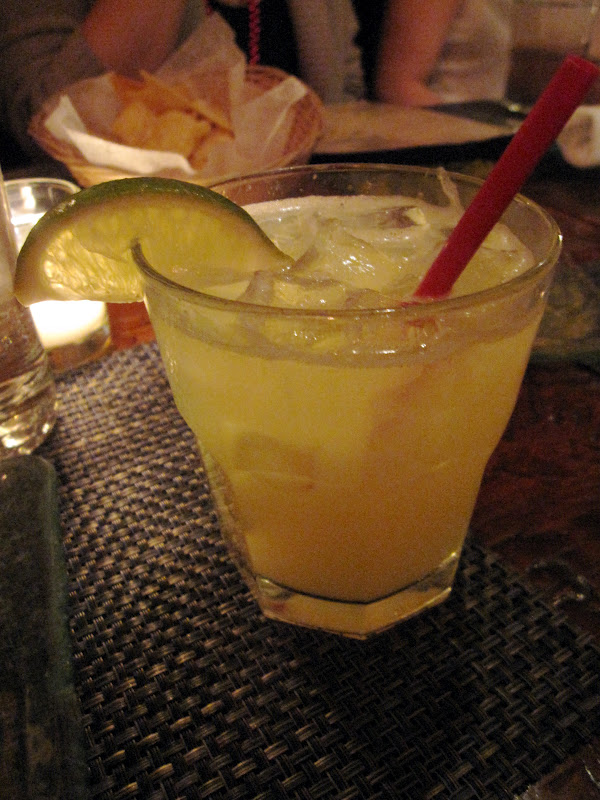 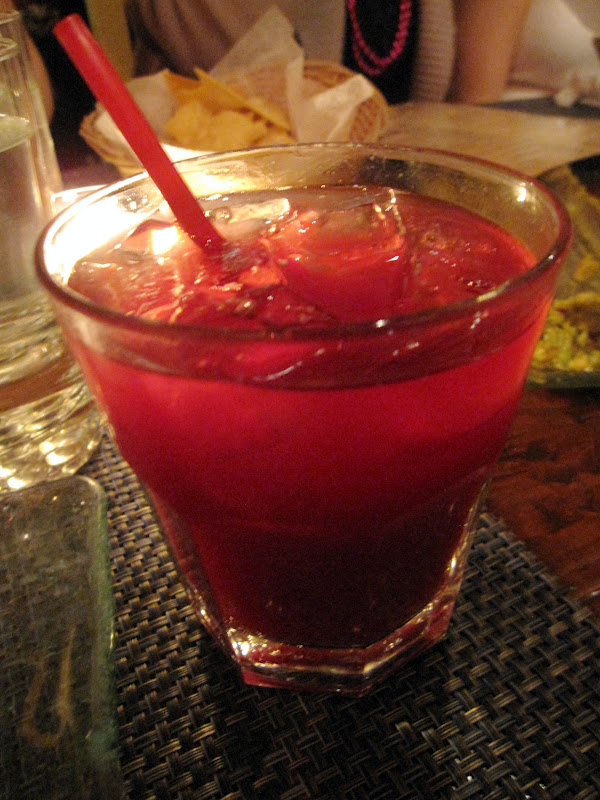 Both classic Mexican cocktails were delicious. The margarita was tart and refreshing and the sangria was exactly the right mix of wine and spices (think cinnamon).

I don't think anyone ordered these, but all of a sudden a flock of waiters appeared and dropped trios of guacamole down the table. I think we had three platters spread throughout the group.

The guacamole trio includes: traditional, mango and apple. All three variations were delicious! I've had mango salsa before, but never mango guacamole. It was very tasty. The apple variety was definitely my favorite. The apple added a nice crunch and the fresh flavor went well with the avocado. 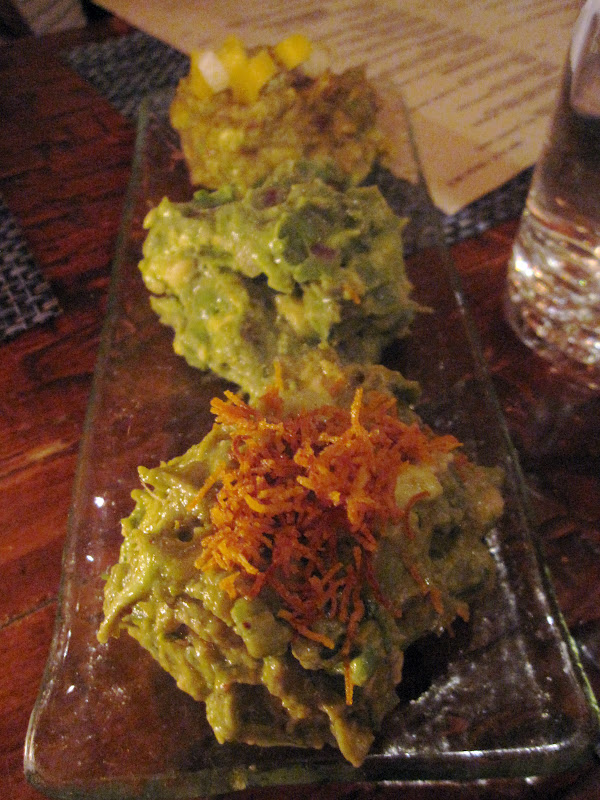 We licked the guacamole plates clean and were ready to order our main course. Taco was the word of the day for this group, ordering pretty much every variety on the menu.

The shrimp and avocado tacos were the most popular choice, though many of the girls griped that the tacos were so spicy that they couldn't really enjoy them. 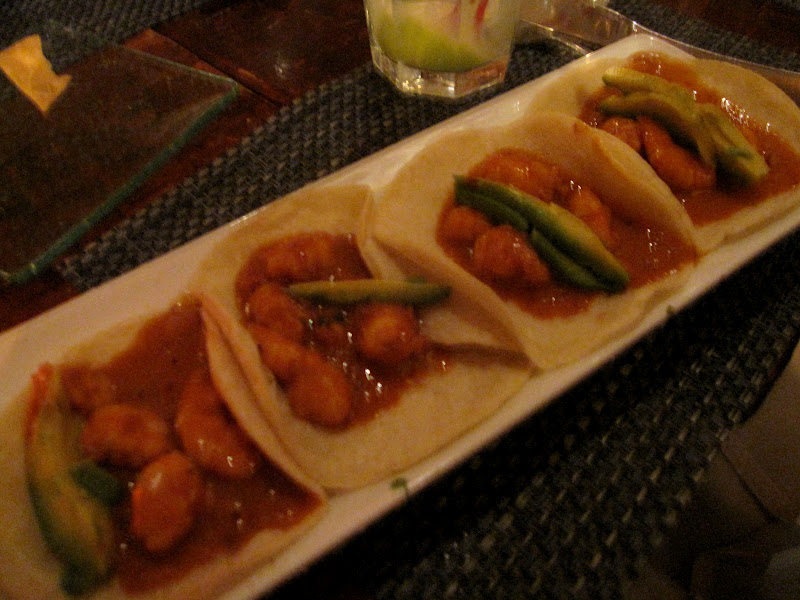 The mahi mahi taco got the same review, leaving the girls gulping down their ice water. 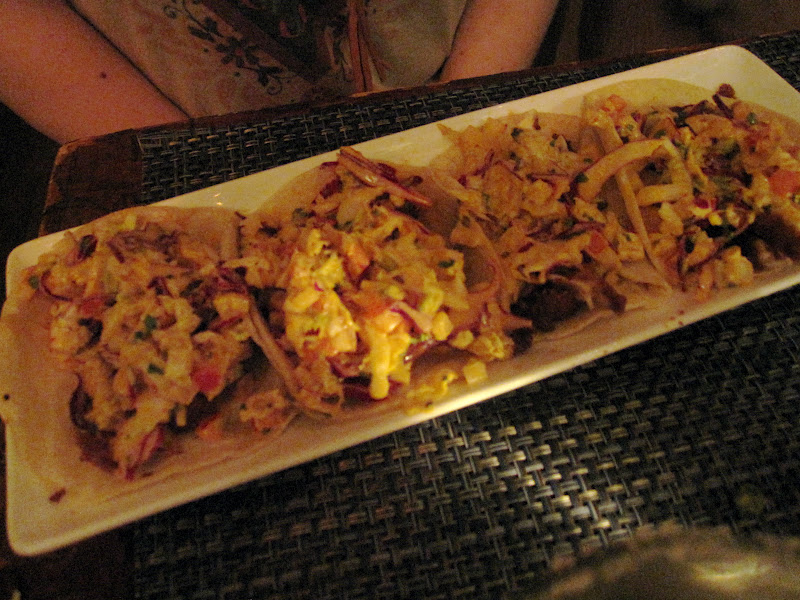 The steak taco seemed to be the winner, with perfectly cooked meat and complimentary Mexican flavors. 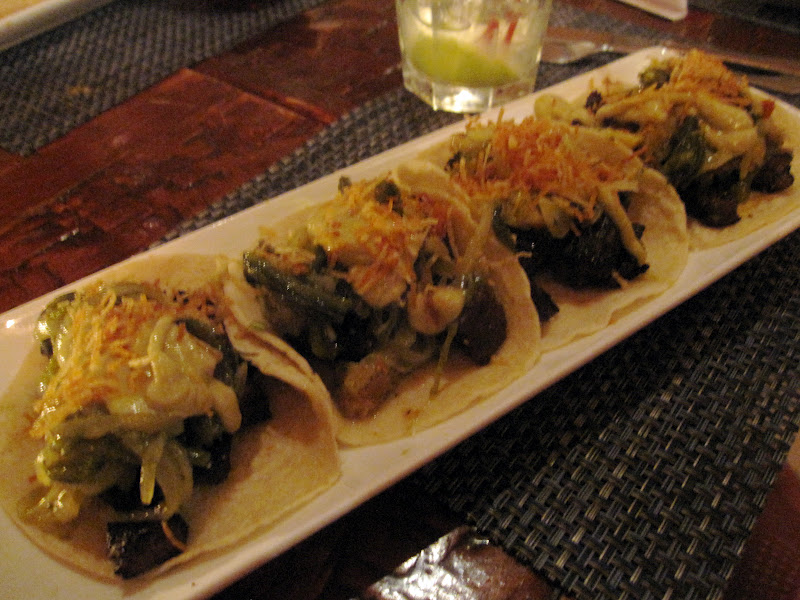 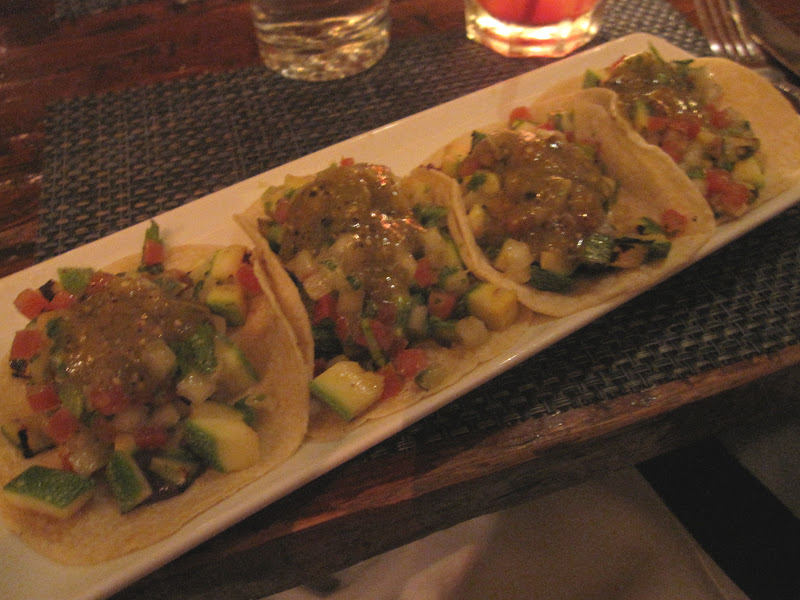 Across from me, one of the girls ordered the chicken quesadilla which came in a very cute presentation. She said they were phenomenal, but she was also on her 10th drink, so I'm not quite sure if she was the best judge of taste at that point. 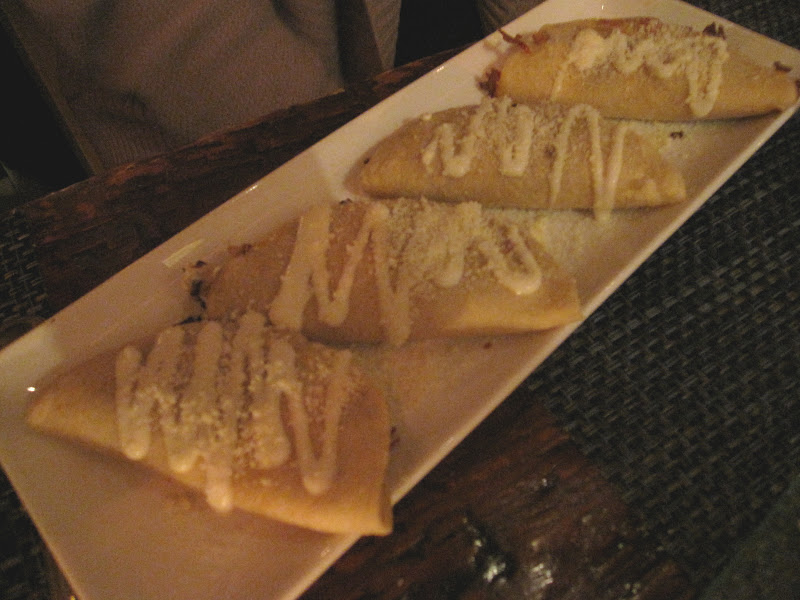 If Mercadito has dessert, we didn't ask to hear about it because we were still so full from our Butter Lane sugar rush.

Though I had a blast with the girls at dinner, I don't think I'd eat at Mercadito again. Do you have a favorite Mexican place in New York City? I'm headed back to the city in June and would love your recommendations!

Oooh, I could definitely give you some Mexican faves in the city, off the top of my head: Benny's Burritos (nothing authentic, but really good), Dos Toros, Sueños... 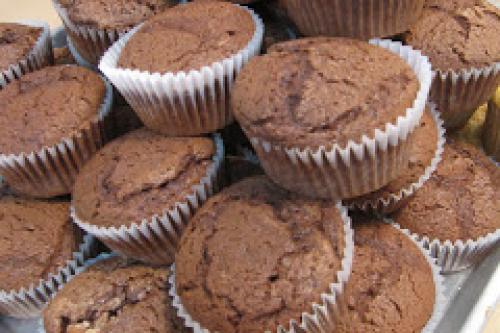 I recently had the pleasure of participating in a private cupcake baking class at Butter Lane in the East Village in New York City as part of a bachelorette party for one of my best friends from college. 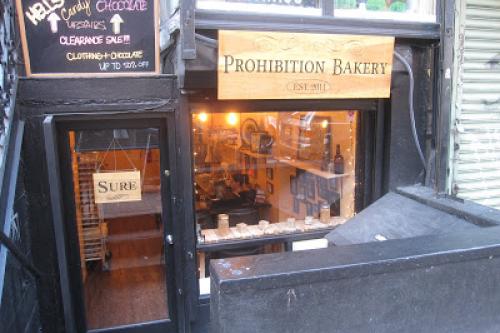 During my exploration of the Lower East Side in New York City, my tour guide insisted we stop into a friend's new cupcake shop, Prohibition Bakery. 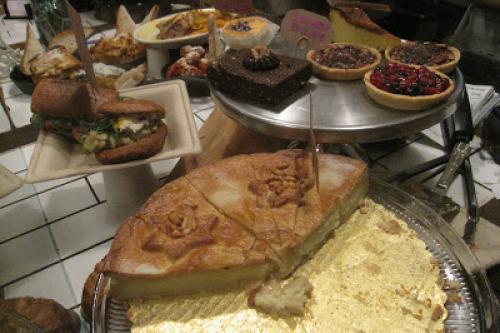 One of the things I look forward to most about traveling to New York City is making restaurant discoveries. I read about all the new places opening in NY Mag, the New York Times and on Grub Street, but sometimes you just stumble upon a place - literally. I was walking to my company's New York office and texting (yes, guilty of walking while texting) and when I finally stopped and looked up, what was in front of me? The adorable Piccolo Cafe.