The restaurant in question is Union Street. Tucked away behind Pie Bakery & Cafe and Sol Azteca is a three story brick building which houses Union Street. The bottom floor is the restaurant (for the family and under 21 crowd), the main floor is the bar area which is usually crowded with sports fans, and the top floor has a performance space for live bands and a weekly karaoke night.

Union Street is owned by the same restaurant group that owns Boston and Brighton Beer Gardens, both Tavern in the Square locations, and the recently acquired Cityside Bar and Grill in Cleveland Circle. The signature look of all six restaurants is dark wood, leather booths, and a multitude of flat screen TVs.

All six restaurants even share similar menus. On my most recent trip with two friends in from out of town, we ordered a superb sampling of the menu offerings.

We started with an appetizer of fried pickles. To most people this would sound disgusting, but to me, it sounded like a match made in heaven. The fried pickles were everything I hoped and dreamed - perfectly crispy and served with a delicious spicy mayo. So delicious in fact, we held onto it to dip our soon-to-arrive french fries in it later!

For dinner we had the tomato mozzarella sandwich which is served with grilled vegetables and balsamic vinegarette. The sandwich comes with a side of your choice and of course we had to pick the waffle fries. Lightly seasoned and crisped to perfection, I would have been happy to just eat those for my meal!

We also tried the truffle mac and cheese which is large enough to feed three people. Easily. Is there anything better than leftovers for lunch the next day? Or 2:00am?

In addition to the big space, the great new look, and the killer menu, Union Street also has an outdoor patio, and is just steps away from the Newton Center stop on the green line T. Although the restaurant is not visible from the street, any local can point you in the right direction.

If you're looking for a place to dine outdoors, to take in a Red Sox game or to crunch on fried pickles or waffles fries, you've got to make the trip to Union Street!

END_OF_DOCUMENT_TOKEN_TO_BE_REPLACED 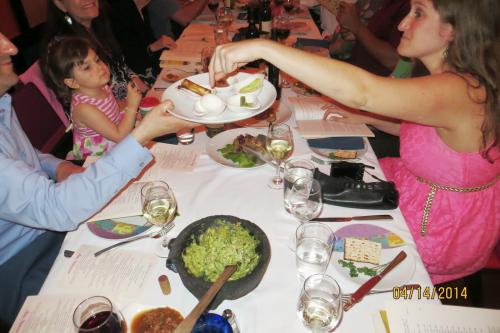 On Monday night at sundown the Jewish holiday of Passover began. Traditionally, families observing the holiday gather together around a dining room table to retell the story of the Jewish people's exodus from Egypt. The holiday is most commonly recognized by it's primary food, matza. This year Passover began the day after my sister's wedding. Knowing we would be way too tired to cook or to host (my family usually hosts every year) my parents began researching alternatives. 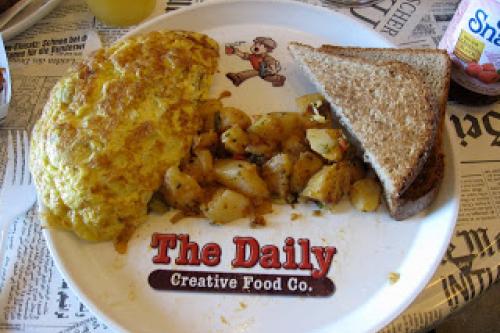 Dining Out: The Daily

Two mornings ago my mother, sister and I fled the apartment early in the morning to avoid some work being done inside the house. 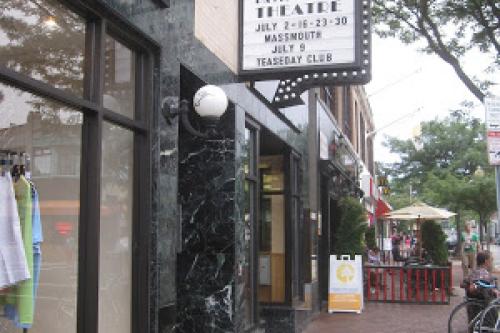 When I first graduated from college I lived in Inman Square, right on the border of Cambridge and Somerville. At that time most of my friends lived just two neighborhoods away in Davis Square. Those first few years out of school we always hung out in Davis - dinner at Orleans, pie at the Rosebud, ice cream at JP Licks, drinks at Joshua Tree and/or late night pizza at Mike's.