We decided to check out Parm for dinner. The restaurant has five locations, including an outpost at Yankee Stadium.

The restaurant reminded me of Buca Di Beppo with the kitschy decor and the red leather chairs and booths.

Parm's menu is small, but deliberate. There are three sections - appetizers, pasta and entrees.

We began by sharing two appetizers. The first to arrive was the crispy zucchini. Usually when you order fried zucchini it comes in spears (like a pickle) or round discs (like a chip). The Parm version came in paper thin curly Qs, almost like Wahlburgers onion rings.

Each piece of zucchini was crisped perfectly and tasted delicious dunked in the lemon aioli or the tomato sauce. This tomato sauce was wonderfully sweet and I wanted to put it on everything.

We also shared the buffalo cucumbers. You know me, I'll eat buffalo sauce whenever the opportunity presents itself. I can honestly say I've never had it on cucumbers, so I was a little bit skeptical, but I was thrilled to be proved wrong. The way Parm cuts the cucumbers they aren't watery at all and they still have a great snap when you bite into them. They are an excellent vehicle for consuming massive amounts of buffalo sauce. The fact that the dish was 40% blue cheese didn't hurt either!

How could I come to a place called Parm and not get the eggplant parmesan? Making a choice on an entree could not have been easier. The menu description simply reads, "ten layers." This is what ten layers of breaded eggplant, sauce and cheese looks like.

The whole dish was fantastic. Every component, all the way up to the basil leaves on top, was fresh and flavorful. This was a true comfort food dish, which I really needed after a killer work week and living in a hotel.

My friend opted for the rigatoni fra diavola which is pasta in a spicy pink sauce.

After a few forkfuls she said, "This dish is very simple, but super flavorful at the same time. You don't need anything fancy if the food tastes great." I snuck a noodle or two and that sauce was addictive! Almost like an arrabiata sauce, but creamier.

I loved our meal at Parm. The atmosphere was fun and our food was fresh and delicious. My only complaint would be that our waiter seemed like he'd rather be anywhere else. He was flippant taking our order, barely checked on us and seemed astonished when we asked if we could have salt and pepper.

Have you been to one of the Parm locations? What's your go-to dish?

waiters like that are such a bummer, especially when the meal nails it!! Really swooning over that eggplant parm and those layers....yum!

This is making me want to go back ASAP! 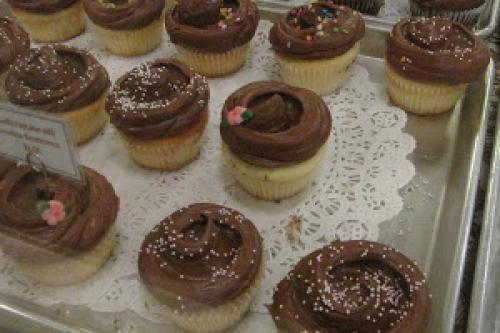 I first learned of Magnolia Bakery on an episode of "Sex and the City." Carrie and Miranda were sitting outside the bakery, in the fall, talking about their current dating situations as they attempted to gracefully eat cupcakes piled high with an inch and a half of frosting. 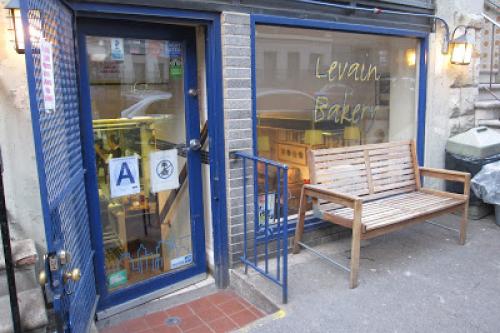 My second to last day in New York City I headed up to the Upper West Side to stay with a friend who just relocated to New York in August. She was so excited to show me around her neighborhood. It was a very chilly day so we bundled up and headed out to explore. The first stop on her neighborhood tour was Levain Bakery. She said, "How do you feel about paying $4 for a cookie?" I was intrigued. 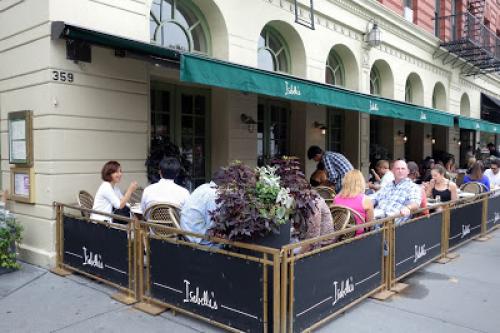 This past weekend I was in New York City to celebrate Rosh Hashana (Jewish New Year) with my family. My sister and brother-in-law live in Harlem and my parents flew up from Miami, FL so we could all be together. I got into town on Friday night and I spent all day Saturday visiting some of my best friends from childhood. My first stop was a friend's new apartment (she just moved in with her boyfriend). From their new place at 72nd and Columbus we walked up a few streets for brunch.