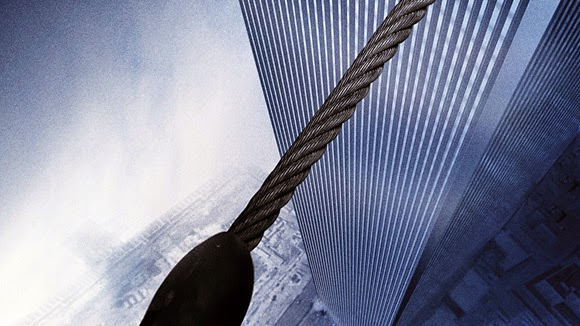 This past weekend my BF Netflix delivered yet another fantastic movie! This time a documentary about the ultimate thrill seeker, a man named Philippe Petit, who attempted the impossible. The film is called Man on Wire and chronicles Philippe's dream to tight rope walk between the two towers of New York City's World Trade Center.

The film is edited and narrated in a way that keeps your heart pounding and palms sweating for the entire 90 minutes of the film.

The images of the now destroyed twin towers are odd and amazing to see, in a world where those buildings now symbolize great tragedy. In this film, the twin towers represent one man's personal quest to fulfill a dream.

In addition to the exciting film, the disc also has great special features including a in depth interview with Philippe in present day.

Man on Wire is an absolute must see.

I think this is an informative post and it is very useful and knowledgeable. therefore, I would like to thank you for the efforts you have made in writing this article. order big chief carts online

I was reading some of your content on this website and I conceive this internet site is really informative ! Keep on putting up. equipment

I think this is an informative post and it is very useful and knowledgeable. therefore, I would like to thank you for the efforts you have made in writing this article. av‌ ‌女‌優‌ ‌ア‌ル‌バ‌イ‌ト‌

I think that thanks for the valuabe information and insights you have so provided here. www.conversational.com

Thanks, that was a really cool read! crypto

I read a article under the same title some time ago, but this articles quality is much, much better. How you do this.. slot online

Thanks for a very interesting blog. What else may I get that kind of info written in such a perfect approach? I’ve a undertaking that I am simply now operating on, and I have been at the look out for such info. Dr. Andrea Natale

Just admiring your work and wondering how you managed this blog so well. It’s so remarkable that I can't afford to not go through this valuable information whenever I surf the internet! at the Texas Cardiac Arrhythmia Institute

Very nice article, I enjoyed reading your post, very nice share, I want to twit this to my followers. Thanks!. เว็บแทงบอล

Nice post. I was checking constantly this blog and I am impressed! Extremely helpful information specially the last part I care for such info a lot. I was seeking this particular information for a very long time. Thank you and good luck. เว็บแทงบอล

I know your expertise on this. I must say we should have an online discussion on this. Writing only comments will close the discussion straight away! And will restrict the benefits from this information. รีวิวเว็บแทงบอลออนไลน์

A debt of gratitude is in order for giving late reports with respect to the worry, I anticipate read more. Bel Air Piano Lessons

I really like your writing style, great information, thankyou for posting. แทงบอลขั้นต่ำ 10 บาท

It is a good site post without fail. Not too many people would actually, the way you just did. I am impressed that there is so much information about this subject that has been uncovered and you’ve defeated yourself this time, with so much quality. Good Works! การแทงบอลชุด

Wow! Such an amazing and helpful post this is. I really really love it. It's so good and so awesome. I am just amazed. I hope that you continue to do your work like this in the future also แทงบอลขั้นต่ำ 10 บาท

This article gives the light in which we can observe the reality. This is very nice one and gives indepth information. Thanks for this nice article. การแทงบอลชุด

Great knowledge, do anyone mind merely reference back to it เว็บแทงบอลดีที่สุด 2021

Yes, I am entirely agreed with this article, and I just want say that this article is very helpful and enlightening. I also have some precious piece of concerned info !!!!!!Thanks. เว็บแทงบอลดีที่สุด 2021

Wonderful blog! I found it while surfing around on Yahoo News. Do you have any suggestions on how to get listed in Yahoo News? I’ve been trying for a while but I never seem to get there! Appreciate it. เว็บแทงบอลดีที่สุด 2021

I got too much interesting stuff on your blog. I guess I am not the only one having all the enjoyment here! Keep up the good work. Wocklean syrup review

Fantastic blog! Do you have any tips and hints for aspiring writers? I’m planning to start my own website soon but I’m a little lost on everything. Would you propose starting with a free platform like WordPress or go for a paid option? There are so many options out there that I’m completely overwhelmed .. Any suggestions? Many thanks! เว็บแทงบอลออนไลน์

The article looks magnificent, but it would be beneficial if you can share more about the suchlike subjects in the future. Keep posting. เว็บแทงบอลออนไลน์

This is such a great resource that you are providing and you give it away for free. I love seeing blog that understand the value of providing a quality resource for free. ソフト闇金

Wow, What a Excellent post. I really found this to much informatics. It is what i was searching for.I would like to suggest you that please keep sharing such type of info.Thanks pemakaman islam

Excellent article. Very interesting to read. I really love to read such a nice article. Thanks! keep rocking. ein registration

This is very educational content and written well for a change. It's nice to see that some people still understand how to write a quality post! saas

You’ve got some interesting points in this article. I would have never considered any of these if I didn’t come across this. Thanks!. คาสิโนeBET

Wow, What a Excellent post. I really found this to much informatics. It is what i was searching for.I would like to suggest you that please keep sharing such type of info.Thanks judi slot

Only aspire to mention ones content can be as incredible. This clarity with your post is superb and that i may think you’re a guru for this issue. High-quality along with your concur permit me to to seize your current give to keep modified by using approaching blog post. Thanks a lot hundreds of along with you should go on the pleasurable get the job done. floorballontario.com

Positive site, where did u come up with the information on this posting?I have read a few of the articles on your website now, and I really like your style. Thanks a million and please keep up the effective work. https://www.comfortdentalsouthtacoma.com/

I recently found many useful information in your website especially this blog page. Among the lots of comments on your articles. Thanks for sharing. crypto reddit

I wanted to thank you for this excellent read!! I definitely loved every little bit of it. I have you bookmarked your site to check out the new stuff you post. rajapoker99

I was surfing net and fortunately came across this site and found very interesting stuff here. Its really fun to read. I enjoyed a lot. Thanks for sharing this wonderful information. rajapoker99

I just couldn't leave your website before telling you that I truly enjoyed the top quality info you present to your visitors? Will be back again frequently to check up on new posts. อัพเดทข่าวกีฬา

Thank you very much for writing such an interesting article on this topic. This has really made me think and I hope to read more. ข่าวกีฬา

This is the type of information I’ve long been trying to find. Thank you for writing this information. ข่าวกีฬาสดใหม่วันนี้

I wanted to thank you for this excellent read!! I definitely loved every little bit of it. I have you bookmarked your site to check out the new stuff you post. poker88

I was surfing net and fortunately came across this site and found very interesting stuff here. Its really fun to read. I enjoyed a lot. Thanks for sharing this wonderful information. poker 88

thanks for the tips and information..i really appreciate it.. Maryland Fake ID

Thanks so much for this information. I have to let you know I concur on several of the points you make here and others may require some further review, but I can see your viewpoint. Nebraska Fake ID

thanks this is good blog. www.floorballontario.com

You have a real talent for writing unique content. I like how you think and the way you express your views in this article. I am impressed by your writing style a lot. Thanks for making my experience more beautiful. ข่าวกีฬาสดใหม่วันนี้

Thanks for sharing this information. I really like your blog post very much. You have really shared a informative and interesting blog post with people.. ข่าวกีฬา

Wow, excellent post. I'd like to draft like this too - taking time and real hard work to make a great article. This post has encouraged me to write some posts that I am going to write soon. ข่าวกีฬาสดใหม่วันนี้

Your work is very good and I appreciate you and hopping for some more informative posts. Thank you for sharing great information to us. ข่าวกีฬาต่างประเทศ

Thank you a bunch for sharing this with all of us you actually realize what you are talking about! Bookmarked. Please also seek advice from my site =). We could have a hyperlink change contract between us! ข่าวกีฬา

Nice post. I was checking constantly this blog and I am impressed! Extremely helpful information specially the last part I care for such info a lot. I was seeking this particular information for a very long time. Thank you and good luck. อัพเดทข่าวกีฬา

END_OF_DOCUMENT_TOKEN_TO_BE_REPLACED 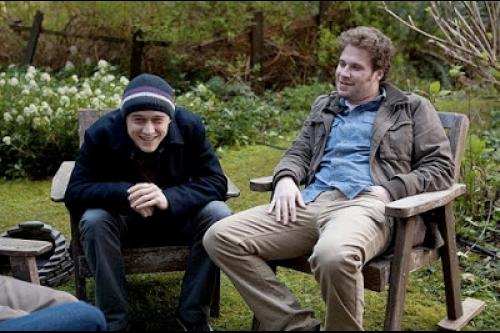 Happy hump day! I hope you all are having a great week. I'm still in New York City, returning to Boston on Friday. This past weekend I was able to watch a movie I'd been wanting to see for months, 50/50. The movie tells the true story of Will Reiser one of Seth Rogen's real life friends who was diagnosed with cancer at the age of 27.

Confession: I love Justin Bieber. I love his hair. I love his purple sweatshirt. And I really love his song "One Time."