I love this time of year. Awards season is in full swing, and the countdown to the Oscars is on (27 days). As I do every year, I try to see as many of the nominated movies as I can. This weekend I saw If Beale Street Could Talk. I knew three things about the film before going into the theater: (1) It's based on James Baldwin's book If Beale Street Could Talk, (2) It's directed by Barry Jenkins, who also directed Moonlight, and (3) Regina King has already won the Golden Globe and Critic's Choice Award for her performance.

The movie tells the story of a young couple living in Harlem in New York City during the 1970s. Tish, played by the stunningly beautiful Kiki Layne, falls for her childhood best friend, Fonny, played by Stephan James (who you may recognize from Homecoming on Amazon).

As their romance blossoms, Fonny finds himself wrongly accused of a crime, which lands him in prison.

On one of her first visits to see Fonny, Tish has to break the news that she's pregnant. She puts on a brave face, and hopes he will be released before the baby is born. As the months wear on, Tish continues to visit, and eventually has to make peace with the fact that she will be bringing this child into the world alone.

I was keeping an extra close eye on Regina King, who plays Tish's mother, because I wanted to witness her award-winning performance.

In the film, she is fiercely committed to her daughter, her grandchild, and proving Fonny's innocence so the family can be reunited. While she doesn't have a tremendous amount of time on screen, she embodies empathy with every word she says and every choice she makes.

For me, the pace of the film was very slow. It felt like a moving poem - emotional, poignant and deeply personal.

Doreen St. Felix wrote in her review for The New Yorker, "Beale Street is an undeniably beautiful film. In the very first scene, our lovers, Tish (KiKi Layne) and Fonny (Stephan James), glide hand in hand through a park. It is autumn in New York, and nature is conspiring with the young lovers: the yellow of the leaves matches the yellow of their outfits. Jenkins has a symphonic devotion to the wordless visual monologue, delivered through the miracle of the human face. Tish and Fonny are gorgeous in an abstracted, mythological sense, as if he were the first man and she the first woman on earth."

Tell me, did you see the movie? What did you think?

*Images courtesy of Vox, Toronto City News, and I Am Film.

I recently came across your article and have been reading along. I want to express my admiration of your writing skill and ability to make readers read from the beginning to the end. I would like to read newer posts and to share my thoughts with you. voyance gratuite en direct sans attente

I am always searching online for articles that can help me. There is obviously a lot to know about this. I think you made some good points in Features also. Keep working, great job ! 바카라사이트

I feel really happy to have seen your webpage and look forward to so many more entertaining times reading here. Thanks once more for all the details. 카지노사이트

It's really nice and meanful. it's really cool blog. Linking is very useful thing.you have really helped lots of people who visit blog and provide them usefull information. 예스카지노

Just saying thanks will not just be sufficient, for the fantasti c lucidity in your writing. I will instantly grab your rss feed to stay informed of any updates. 우리카지노

Hi! This is my first visit to your blog! We are a team of volunteers and new initiatives in the same niche. Blog gave us useful information to work. You have done an amazing job! free phones

You might comment on the order system of the blog. You should chat it's splendid. Your blog audit would swell up your visitors. I was very pleased to find this site.I wanted to thank you for this great read!! 123 movie

I have bookmarked your website because this site contains valuable information in it. I am really happy with articles quality and presentation. Thanks a lot for keeping great stuff. I am very much thankful for this site. Flash Jacket

I’m excited to uncover this page. I need to to thank you for ones time for this particularly fantastic read !! I definitely really liked every part of it and i also have you saved to fav to look at new information in your site. 123 movie

I definitely enjoying every little bit of it and I have you bookmarked to check out new stuff you post. free movies123

It should be noted that whilst ordering papers for sale at paper writing service, you can get unkind attitude. In case you feel that the bureau is trying to cheat you, don't buy term paper from it. free movies online

Great post I would like to thank you for the efforts you have made in writing this interesting and knowledgeable article. Buy LSD Powder Online

Wow! Such an amazing and helpful post this is. I really really love it. It's so good and so awesome. I am just amazed. I hope that you continue to do your work like this in the future also. mothers day

I would like to thank you for the efforts you have made in writing this article. I am hoping the same best work from you in the future as well. In fact your creative writing abilities has inspired me to start my own Blog Engine blog now. Really the blogging is spreading its wings rapidly. Your write up is a fine example of it. buy hash online

You re in point of fact a just right webmaster. The website loading speed is amazing. It kind of feels that you're doing any distinctive trick. Moreover, The contents are masterpiece. you have done a fantastic activity on this subject! celebrity news

Very nice blog and articles. I am realy very happy to visit your blog. Now I am found which I actually want. I check your blog everyday and try to learn something from your blog. Thank you and waiting for your new post. gaming news

Excellent Blog! I would like to thank for the efforts you have made in writing this post. I am hoping the same best work from you in the future as well. I wanted to thank you for this websites! Thanks for sharing. Great websites! click here for info

I would like to thank you for the efforts you have made in writing this article. I am hoping the same best work from you in the future as well. In fact your creative writing abilities has inspired me to start my own Blog Engine blog now. Really the blogging is spreading its wings rapidly. Your write up is a fine example of it. Property management companies

Very nice blog and articles. I am realy very happy to visit your blog. Now I am found which I actually want. I check your blog everyday and try to learn something from your blog. Thank you and waiting for your new post. CBD capsules

The next time I read a blog, I hope that it doesnt disappoint me as much as this one. I mean, I know it was my choice to read, but I actually thought you have something interesting to say. All I hear is a bunch of whining about something that you could fix if you werent too busy looking for attention. Preschool

Easily, the article is actually the best topic on this registry related issue. I fit in with your conclusions and will eagerly look forward to your next updates. car heads up display

Truly, this article is really one of the very best in the history of articles. I am a antique ’Article’ collector and I sometimes read some new articles if I find them interesting. And I found this one pretty fascinating and it should go into my collection. Very good work! voyance gratuite en direct sans attente

Your blogs further more each else volume is so entertaining further serviceable It appoints me befall retreat encore. I will instantly grab your feed to stay informed of any updates. CBD capsules

Regular visits listed here are the easiest method to appreciate your energy, which is why why I am going to the website everyday, searching for new, interesting info. Many, thank you! CBD capsules

END_OF_DOCUMENT_TOKEN_TO_BE_REPLACED 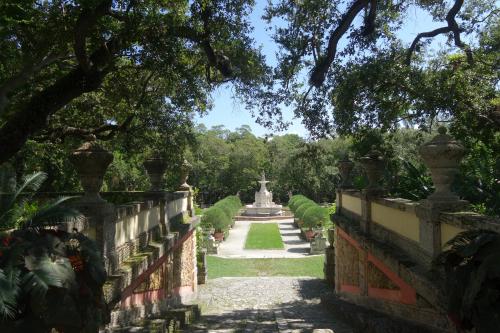 Read on for my picks for the best and worst dressed at the Academy Awards.