For the last few weeks I have been racing to see all the nominated movies in advance of the Golden Globes and the Oscars. I took a break from the more serious films to catch up with my Pitches.

Pitch Perfect 3 continues the story of our beloved Barden Bellas (in case you missed them, you can revisit my reviews of the first and second movies). Now in their first year post-college, the Bellas all seem to be flailing a bit as they transition into the working world. Aubrey, played by Anna Camp, secures them a spot in a USO tour, giving them one final chance to perform together.

While the plot was definitely far fetched, I was just so happy to have another chance to watch them. I felt the exact same way about the Sex and the City movies. It didn't really matter what was going on, just that I got to hang out with them again.

In Pitch Perfect 3, announcers John and Gail return, delivering some of the funniest lines in the movie. Beca (Anna Kendrick) is still the star and musical genius of the group, which they play up toward the end.

Fat Amy (Rebel Wilson) didn't have as much screen time or as many biting one liners as she has in the past, but this time we get to meet her father, played by John Lithgow. I love that he can do a show as serious as The Crown and then play a part like this.

While I loved all the music and I didn't want the movie to end, I did have one gripe. Jesse, Beca's love interest, was nowhere to be found. Fun fact: In real life, actor Skylar Astin (Jesse) is married to co-star Anna Camp. They sort of hint at a flirtation between Beca and one of the guys staffing the USO tour, but it never becomes anything. I need romance!

I saw the movie at the Super Lux in Chestnut Hill, so I was in the comfiest of reclining leather seats and I ordered a Moscow Mule to sip on during the show. A+ situation.

Pro tip: if you love the music from these movies, check out the Pitch Perfect Pandora station. It has all the hits from the big screen, plus great covers by a cappella giants like Pentatonix and Straight No Chaser. And yes, I still listen to Pandora.

Did you see Pitch Perfect 3? How did you feel it stacked up against the first two?

This blog is really great. The information here will surely be of some help to me. Thanks!. Zonnepanelen prijs

Wow, What a Excellent post. I really found this to much informatics. It is what i was searching for.I would like to suggest you that please keep sharing such type of info.Thanks Warmtepompboiler

That is really nice to hear. thank you for the update and good luck. Website laten maken

All your hard work is much appreciated. Nobody can stop to admire you. Lots of appreciation. Website laten maken

Thanks for providing recent updates regarding the concern, I look forward to read more. Betaalbare website

Residential and commercial properties, jointly owned by people should be managed objectively keeping the interests of all parties in mind.Strata Management in Sydney is a complex process that must be performed by trained and experienced strata managers to ensure all the rights of property owners are granted fairly and equally among all.Choose Professional Strata Management in Sydney

Superbly written article, if only all bloggers offered the same content as you, the internet would be a far better place.. Virtual DJ Pro 2020 Crack Full

Thanks for sharing this amazing information 토토사이트

Hi!
This is very well written and it's so intresting.
This is so awesome.
But you should also see this...
This site provides free serial/activation codes and license keys.

Epicwin's online casino game camp will bring you the casino game in another dimension that are difficult to predict. Let's have a look at what Epicwin casino games will be like. If you want to know more about epicwin, you can check it out at epicwinmaruay888

Aw, this was a very nice post. Taking the time and actual effort to produce a superb article… but what can I say… I procrastinate a whole lot and never manage to get anything done.container office

END_OF_DOCUMENT_TOKEN_TO_BE_REPLACED

Nine months into the year, sharing a progress report on my journey to complete my 11 resolutions for 2018. 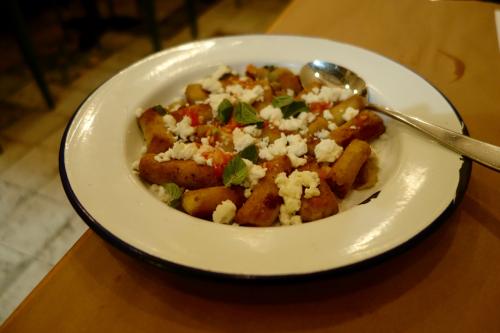 I am excited to kick off my Israel series by introducing you to Pergamon in downtown Jerusalem. The restaurant is know for two things: (1) its incredible vegetarian food and (2) its gin and tonics.

Where to Celebrate Cinco de Mayo in Boston & Beyond

Cinco de Mayo is one of my favorite occasions. What's not to love? Chips! Guacamole! Margaritas! Sombreros! It's an instant party. Thankfully, there are a ton of great restaurants and bars that get into the Cinco de Drinko spirit every year. Here are my top picks for where to celebrate.  BOSTON