Read: People We Meet On Vacation

I have started traveling a bit more recently - first to Miami in March, then to Charleston in April - and one of my favorite parts of trip planning is picking out the books I'll bring with me.

For my Charleston trip, I decided on People We Meet On Vacation by Emily Henry. I knew of her because of the popularity of her first book, Beach Read.

I was walking up and down the aisles of Target when this electric orange book cover caught my eye.

This is a classic "Will they? Won't they?" story of two best friends. Poppy lives in New York City and writes for a travel magazine called R+R (clearly modeled after Conde Nast Traveler). She was plucked for the gig after successfully growing her Instagram account. While she gets to travel the world for free now, she longs for the early years post-college when she used to travel every summer with her best friend, Alex.

Alex lives in Linfield, Ohio, his and Poppy's hometown. He's a type A, high school English teacher. He has a very set daily routine (including a morning run), is super devoted to his family, and hasn't spoke to Poppy in almost two years when we're introduced to him at the beginning of the book.

The book jumps between the present day and back in time to Alex and Poppy's summer trips over the past twelve years. As you read, you get to see them together now, and learn about each and every one of their adventures over the past decade together. It feels like you're in a time machine and the dates keep getting closer and closer to each other.

Alex and Poppy's story begins on a drive home from college, back to Ohio. In the reader's guide at the close of the book, Henry admits that she was inspired by When Harry Met Sally. She explains, "When I started People We Meet on Vacation, I didn't set out to write an homage to one of my favorite romantic comedies. But perhaps it was Ephron who left this indelible mark on me, planted a seed of ardent appreciation for characters who grate and irritate and infuriate, until the moment they suddenly don't. Not only because they've changed, but because you've begun to see the full picture of who they are. And that is what I set out to write in this book."

I knew I would love this story from the very first sentence. Page one reads, "On vacation you can be anyone you want. Like a good book or an incredible outfit, being on vacation transports you into another version of yourself. In your day-to-day life, maybe you can't even bob your head to the radio without being embarrassed, but on the right twinkly-light-stung patio, with the right steel drum band, you'll find yourself whirling and twirling with the best of them. On vacation, your hair changes. The water is different, maybe the shampoo. Maybe you don't bother to wash your hair at all, or brush it, because the salty ocean water curls it up in a way you love. You think, Maybe I could do this at home too. Maybe I could be this person who doesn't brush her hair, who doesn't mind being sweaty or having sand in all her crevices. On vacation, you strike up conversations with strangers, and forget there are any stakes. If it turns out impossibly awkward, who cares? You'll never see them again! You're whoever you want to be. You can do whatever you want."

Is that not the most true thing you've ever read?

What follows is twelve years of history. Two people initially disliking each other, growing a fondness, creating a unique bond, and them forming their own traditions. It's impossible to believe that Alex and Poppy could be a romantic match for the first half of the book, but by the end, you feel like your heart will break if they don't wind up together.

As I was reading, I was trying to think who would play these two characters in a film adaptation. Alex is handsome and chiseled, but also brainy and up tight. Poppy is wild, free spirited and a bit insecure. I kept thinking about Andrew Garfield as Alex and AnnaLynne McCord as Poppy. I hope it gets optioned!

If you're looking for a fun, light-hearted book that will keep you turning the page, plan to pick this up before your next trip.

END_OF_DOCUMENT_TOKEN_TO_BE_REPLACED 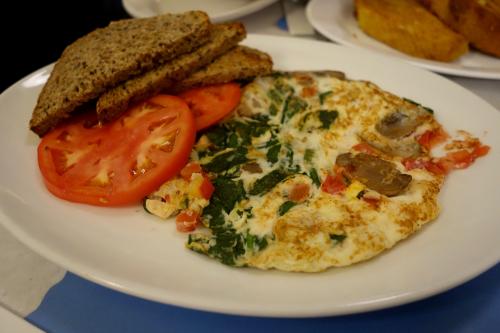 I saw Steven Spielberg's remake of West Side Story in the movie theater and I'm excited to tell you all about it.