Hello, friends! Happy Friday. My parents are up in Boston this week and my heart is so full. They were lucky to get both vaccine shots in January, and this is the first time we've been all together since Thanksgiving 2019.

Because I am soaking up as much quality time with them as I can, I didn't get to watch as many shows or movies this week as I usually do. That said, there's lots to look forward to!

Before we dive into this week's picks, I wanted to share one movie you can avoid: Malcolm & Marie. It co-stars John David Washington and Zendaya as a couple in the midst of a huge fight. It's one hour and 45 minutes and the entire thing is shot in a rental house where they are arguing after a movie premiere. I actually think this would have been incredible as a stage play, but as a movie (which is in black and white), it was simply too slow.

1. Ginny & Georgia (Netflix) - This is currently the number one streaming show on Netflix. It co-stars Antonia Gentry as Ginny and Brianne Howey as her mother, Georgia. They move from Texas to Wellsbury, MA (a fictional town) to start over after Georgia's husband dies.

Many people have compared this show to Gilmore Girls, but it's a bit darker. Ginny struggles to fit in at her new high school and Georgia has a checkered past that eventually catches up to her.

There are fantastic love interests for both women. Ginny has an immediate spark with her neighbor, Marcus (played by Felix Mallard), but ultimately winds up dating the popular guy, Hunter (played by Mason Temple). Georgia falls for the town's mayor, played by Scott Porter (Jason Street from Friday Night Lights and George Tucker from Hart of Dixie), but also has a magnetism to Joe (played by Raymond Ablack), a local restaurant owner.

Ginny becomes close friends with Marcus' twin sister, Maxine (played by Sara Waisglass). Maxine's personality was identical to a girl I grew up with. It was kind of uncanny. I texted a few friends from our group to ask if anyone else was watching, because I could not get over the similarities!

Here's a fun fact: Ginny & Georgia has connections to both my hometown (Newton, MA) and my high school (Newton North). The show's creator, Sarah Lampert, grew up in Newton and graduated from Newton North in 2006. Her classmate, Ben Bromfield, was the music supervisor for the show. Both Sarah and Ben were in my sister's class, and Ben's older brother Dan was in my class.

The town of Wellsbury is based on Newton and the way the high school is depicted is based on our school's building. In the show, you see that the hallway down the center of the school is painted like a rainbow, with sections of lockers for each of the colors. That is how Newton North looked for decades, in fact, it was even the theme of our yearbook one year!

You may have also noticed that Ginny, Maxine and their friends hang out next to a potted tree in the school's hallway, that is also directly inspired by Newton North.

As is the lock-in event in the show. Every year Newton North hosts the Sophomore Sleepover, which got an entire episode!

There were a few other nods to things from our high school experience. It was fun to uncover those Easter eggs.

The show is 10 episodes, each one hour long. I watched it over the course of a weekend and I sincerely hope they get green lit for a season two. The final episode definitely leaves things open!

2. Biggie: I Got a Story to Tell (Netflix) - "Hypnotize" is part of the soundtrack of my life. The song was released in 1997 on the album Life After Death and became a go-to track at parties, bars and clubs. It's also featured in an epic scene in 10 Things I Hate About You, one of my favorite movies.

When I heard Netflix was releasing a documentary about the life and music of Notorious B.I.G., I knew immediately I was going to watch it.

The movie clocks in at one hour and 37 minutes. It presents a timeline of Biggie's life (birth name: Christopher Wallace), including his mother's childhood in Jamaica, their move to Brooklyn, NY, his first introductions to jazz music, how he got into selling drugs, and how he eventually found his way to Puff Daddy, which would mark the turning point from his rap battles on the corner in Bed-Stuy to mainstream success.

The final 10 minutes address his tragic death. I remembered that he was young, but not that he was 24 years old. That seems impossible for how much he accomplished.

For me, the coolest part of this project is the way they approached his music. Certain songs are dissected by the beats and melodies, the tracks that were sampled, and of course, the lyrics he wrote. In the movie, they caption certain songs, so you can read them like poems.

If you love Biggie's music, you will be glued to this documentary.

There you have it! This week's streaming suggestions. I am also hoping to watch Nomadland this week. It won Best Director and Best Picture at the Golden Globes last Sunday.

END_OF_DOCUMENT_TOKEN_TO_BE_REPLACED 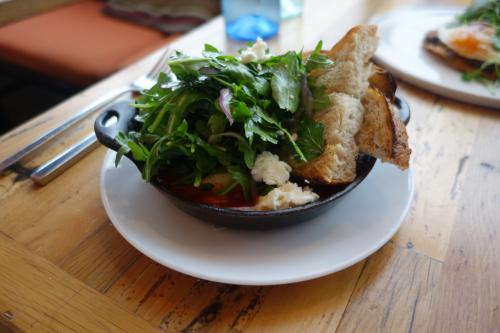