Read: One Day in December

In January of this year, I made a New Year's resolution to read 30 books in 2020. One Day in December by Josie Silver is book number eight. Though it was a Reese Witherspoon Book Club pick, I hadn't heard of it until it was loaned to me by a friend.

One chapter in, I thought to myself, "This feels just like Bridget Jones's Diary." When I finished the book, the publisher included an interview with the author at the end and Silver said, "I adore all of the romantic Christmas movies: Love Actually, The Holiday, and I'd throw Bridget Jones's Diary in there too, because who could forget the wonderful 'nice boys don't kiss like that' snowstorm scene at the end? My hope was to try to write a book that made readers feel the way watching those movies makes me feel - warm, swept away, and completely charmed."

One Day in December is the story of Laurie and Jack. Just before Christmas, Laurie is on the bus, headed home, when she spots a handsome man through the window, waiting at one of the stops. They lock eyes, they smile, but he never gets on the bus.

For a year, Laurie is looking for him all over London, hoping for another chance encounter. They do eventually meet, when Laurie is introduced to Jack as her best friend Sarah's new boyfriend.

This is a story about timing. It reminded me so much of One Day by David Nicholls (which later became a movie with Anne Hathaway and Jim Sturgess). Laurie and Jack orbit in and out of each other's lives. They have periods of platonic friendship, intense attraction and suffering while watching the other person with someone else.

Towards the end of the book, Laurie and Jack are at a going away party for Sarah when Jack asks Laurie to dance. Laurie's internal monologue at that moment is, "I can't help smiling, because his laugh has been missing from my life for so long. It's late and the lights are low, and his green-gold eyes are the same green-gold eyes I looked into one December night from the top deck of a bus on Camden High Street. It seems like a lifetime ago. For that girl, I can't say no."

I was completely addicted to this book. I couldn't put it down. I had to know if the time would ever be right for them!

If you're looking for something fun and light hearted - highly recommend. Since finishing it, I've been hoping it will get made into a Christmas movie. Reese, can you hear me?

END_OF_DOCUMENT_TOKEN_TO_BE_REPLACED

I come from a long line of ladies who love bling. My grandmother is the queen of baubles and passed those glitz and glamour genes down to my mother and my aunt, who in turn passed them on to me, my sister and my cousin.  When I met jewelry designer Lexie Broytman, I knew we were kindred spirits the moment she said, “I get my love of jewelry from my mom and my grandmother; I firmly believe it’s hereditary.” 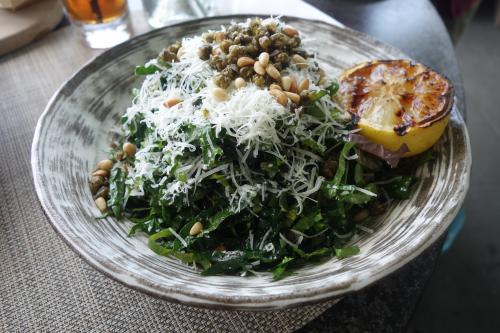