Dining Out: The Woolworth

After two days in Dallas TX for work, I have to say, I was pretty unimpressed. Though I loved our hotel, Aloft Dallas, downtown Dallas is straight up depressing. It's blocks and blocks of sad, gray buildings. There is little greenery and very few signs of life.

We had one free evening before flying back to Boston and we were determined to find a great place for dinner. Co-workers had emailed us a few recommendations, but nothing on their lists was appealing, so I pulled up the best regional dining guide (in my opinion), Eater. I found a round up from April titled, "14 Essential Downtown Dallas Restaurants." In that listicle, I discovered what would become my favorite part of Dallas, The Woolworth.

We hopped in our rental car and zooted seven minutes over to Elm Street. We found a street spot (jackpot!) and had to walk just a few paces to the restaurant.

As we approached the entrance, we were taken aback by a giant sculpture of an eyeball. The first order of business once we were inside the restaurant would be to find out what this creepy eye was all about.

I had made us a reservation a few hours before and the hostess was able to seat us right away. She led us to a table on their roof top patio, which happened to overlook, you guessed it, the eyeball!

Our server came over to introduce himself and he was wonderfully friendly and gregarious. He wanted to tell us about their signature cocktails, but we interrupted him to ask for the scoop on the eye. He smirked and replied, "Well, the guy who owns that land also owns the Joule Hotel. He wanted to build a parking garage there, but the city denied his request, saying it would be an 'eyesore' so he bought this sculpture from an artist in Michigan and had it brought here to make a statement. I think it's been here five years already." I mean, talk about an act of revenge!

In addition to our view of the eyeball, we also had a fantastic people watching view from our perch. After two days of being underwhelmed by Dallas, our feelings were definitely shifting.

We both ordered a cocktail called "That's What She Said," which was vodka, strawberry and mint agave, and lemon juice topped with prosecco.

This drink did not taste like alcohol at all and I mean that in the best way. It was like sipping a strawberry lemonade in a delightfully fancy glass. These are dangerously good - pace yourself!

To begin, we ordered two appetizers to share. The first to arrive was the caprese lollipops.

We each had two and both agreed that the tomatoes tasted bright and fresh, the mozzarella was creamy and the drizzle of balsamic reduction was the perfect finishing touch. I used to make these for backyard BBQs. This is super easy to recreate at home.

I was really looking forward to the reveal of our second starter, the fritto brie. I had no idea what to expect, but brie is always a good idea. What was delivered to the table was four pieces of French bread, topped with thinly sliced green apples, fig and honey marmalade, candied walnuts and pouches of brie inside of what looked like spring roll wrappers.

The French bread was soft and doughy. The marmalade combined with the candied walnuts created this topping that reminded me of sticky buns. The tartness from the green apple helped to cut the sweet flavors, balancing each bite. It was tough to get a bite with the brie pouch (it kept toppling off) so I wound up eating my brie on its own. As my dinner date said, "you can't go wrong with fried cheese."

When the appetizer plates were cleared, it was time for the entree round. My friend went with the crab cake sandwich. It was Japanese breaded blue crab, sweet and spicy slaw, tomatoes, arugula and sriracha aioli on a lobster roll bun.

After a few bites, I asked for her thoughts and she described, "The sandwich is awesome. At first it looked very daunting to lift and eat, but then I noticed it was already cut into two halves - phew! The crab cakes melt in your mouth. There's a generous amount of crab meat. The bun is very soft and it's the right ratio of bread to goodies. I love the spicy aioli and weirdly, the star of the sandwich is the tomatoes! They're super juicy. I also really like their French fries. They are well seasoned and expertly crispy."

I went with the vegetable enchilada. When I think of enchiladas, I picture rolled tortillas, smothered in cheese. This turned out to be more of an open face situation, which was a surprise, but I didn't mind. The grilled tortillas were topped with spinach, asparagus, roasted corn, black beans, mushrooms, heirloom tomato pico, poblano rajas, queso fresco and salsa verde.

This was truly a mountain of veggies! Everything tasted so fresh. The asparagus stalks were a bit fibrous, but other than that, the dish as a whole was exceptional. I really loved the heat from the peppers. I would order this again in a second.

Our waiter must have been on a break, because the manager came over to clear our plates and ask if we were interested in dessert. We were and we placed an order for the colossal chocolate cake. Now, the manager didn't seem surprised by that or feel the need to tell us that the word "colossal" in the description wasn't a joke.

Here is what arrived a few minutes later:

I'm not sure if you can tell from this photo, but this slice of cake is so huge, it could easily feed four people. In fact, when it was delivered to our table, the couple sitting a few feet away audibly gasped in unison, "Oh my god!"

Perhaps we should have noticed that all the desserts on the menu were $8 dollars and this one was $14 dollars, but we didn't. We just saw the word "chocolate" and proceeded.

After we picked our jaws up off the floor, I said, "Well, I guess this answers the question, is everything really bigger in Texas?" All kidding aside, this cake was incredible. The frosting was rich, just like the kind you eat straight out of the can. The cake itself was moist and it tasted extra delicious with some of the ice cold vanilla ice cream and the macerated strawberries.

As you can imagine, we barely made a dent. I think we ate one fifth of the slice at most. Our waiter was pressuring us to bring it back to the hotel, but I was so full I couldn't manage even one more bite. I wanted to cry at the thought of our slice returning to the kitchen and going into the trash. I'm so sorry, cake! We tried!

Our meal at The Woolworth was the undisputed highlight of our entire time in Dallas. The roof top patio provided a great view (of our new friend, the eyeball), our server was kind, funny and attentive, the cocktails were delicious and the food was off the charts. If you find yourself in Dallas, this should be your first stop. Just make sure you bring a few friends to help eat that cake!

What a decadent meal! Those pops look like the ones I made for polo last summer!

It was definitely decadent!!

I always gives first priority to your blog.
https://www.indiegogo.com/individuals/22861306

I am curious to find out what blog platform you happen to be utilizing? I’m having some minor security issues with my latest blog and I would like to find something more safe. Do you have any recommendations? psn plus free codes

Judging by the way you write, you seem like a professional writer.~,`*” garage door screen kit

right on our supermarket, i can buy some cheap protein bars which i always consume when doing workouts” online desk reservation

Hello! I simply would choose to give a massive thumbs up for any great information you’ve got here within this post. I will be returning to your blog site for further soon. Immobilienmakler Berlin Cahrlottenburg

When understanding sports betting, the most important part is learning how much money to bet and how often. fun120fun88

Overall, I would say that the strike rate has been relatively high as compared to most other sports betting systems that I have tested before. bet188

If you've struck a profit then stop, if not increase stake by one unit. linkfb88

There are many reasons why people gamble from ancient times to modern days. cadovn88

Roulette is one of my favorite casino games which able to make me some winning money especially from online casinos. bong88link

Magnificent goods from you, man. I have understand your stuff previous to and you are just extremely fantastic. I really like what you’ve acquired here, really like what you’re saying and the way in which you say it. You make it enjoyable and you still care for to keep it smart. I can not wait to read much more from you. This is actually a wonderful web site. casino roulette online indonesia

I have been absent for a while, but now I remember why I used to love this web site. Thank you, I?ll try and check back more often. How frequently you update your website? Marketing agency dublin

You are so cool man, the post on your blogs are super great.:.,-; vslots88

The feeling of anxiety is common at withdrawal and learning on how t cobalt it is an added advantage. where to buy weed online california

This could be the correct blog if you would like to check out this topic. You are aware of so much its virtually not easy to argue along (not too I really would want…HaHa). You definitely put a different spin using a topic thats been discussing for many years. Excellent stuff, just excellent! Forett Bukit Timah

Someone essentially help to make significantly articles or blog posts I would state. This really is the first time I frequented your site web page and thus much? I surprised with the research you created to create this distinct publish extraordinary. Amazing job! school classroom scheduling

Indian music is kinda groovy and cheesy specially if you have seen those bollywood movies. Asia Gaming 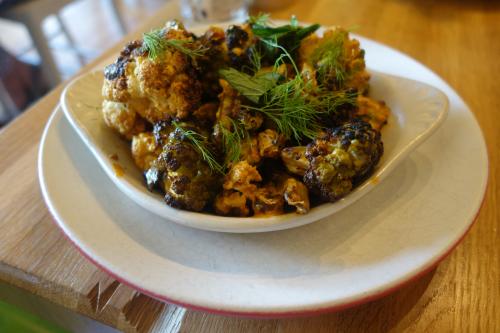 True Food Kitchen in Dallas is a vegetarian paradise! A wonderful menu, a spacious dining room and a beautiful outdoor patio make this place a perfect spot for lunch or dinner.