Dining Out: The Canteen

Every summer I look forward to my family's vacation on Cape Cod. When I was little, we used to stay with my grandparents in Dennis, and when I was about 10, we started renting in Truro.

Each year we pack the car to the brim with beach towels, umbrellas, chairs, boogie boards, coolers and water jugs and begin the drive down Route 6 to Truro. It's become our tradition to stop at Captain Frosty's in Dennis on the way, a place we always loved going with my grandparents, aunts, uncles and cousins.

This summer, we hit up many of our favorite food spots - Chequessett Chocolate in Truro for ice mochas, Truro Vineyard for sangria slushies, Mac's on the Pier and PJ's in Wellfleet for fried seafood and Sweet Escape in Truro for giant scoops of ice cream.

In addition to our old stand bys, we also set aside a night to try somewhere new. One of the most fun things about returning each year, is discovering the places that have opened in the 12 months since we left.

This year, we were very excited to try The Canteen in Provincetown. A good friend of mine who has a house in Truro with her husband, said if we only made it to one new place this trip, The Canteen had to be it. She raved about the setting, and surprisingly, the peanut butter and jelly sandwich. Needless to say, I was intrigued.

For those who know Provincetown well, The Canteen is directly next to Whaler's Wharf (which is home to another one of my go-to spots, Ross' Grill) and the Marine Specialties store.

From the street, it looks like a modest space, with a few seats in the front windows and a handful of tables inside.

I loved this communal table, which has "Hello, Sunshine" painted across it in bright yellow.

A chalkboard menu hangs above the two cash registers, everyone in line looking up, desperately trying to figure out how to select just one thing. You place your order at the counter and are given a number. The waitstaff delivers your food right to your table.

Now here's the secret about The Canteen . . . behind that simple storefront is an amazing backyard, twinkling beneath a canopy of lights, right on the sand.

As you enter the seating area, the bar is to your left. Notice the boat in the center being used as shelving for the liquor bottles.

There was a bachelorette party (complete with sashes, tiaras and light up diamond rings) at the big group table right next to the bar. This is definitely a fun first stop on a girls night out.

To the right is a buffet with ice water, salt and pepper, ketchup and mustard and napkins. They decorated the bottom with oyster shells and more strings of lights. This is such a cute (and inexpensive) design idea!

I wanted to sit as close to the water as possible, so we snagged a table at the very end. We had an excellent people watching view.

At one point I looked up and I gasped, because I spotted the Provincetown Monument poking up over the fence. It was such a perfect Cape Cod moment. I wanted to tattoo it on my brain forever.

While we waited for our food, we watched the moon rise over the water.

My sister and brother-in-law had ordered drinks, a Cape Cod Brewing red ale for him and a glass of Vinho Verde for her. He said he was excited to order a local brew, but wound up being kind of underwhelmed by the taste. She loved her wine, raving, "This really has a nice pop and fizz as you sip it. It's not exactly sparkling, but it's very zesty."

Our food arrived and the first thing we dug into was the brussel sprouts.

Each sprout was crispy and satisfying to bite into. They were cooked in fish sauce, giving them a great salty flavor.

My sister went with the shrimp banh mi.

After she tapped out, I asked for her thoughts. She described, "When I ordered this sandwich, I thought the shrimp might be served as a shrimp salad or that the shrimp would be cooked in some kind of spicy seasoning and served warm, but they were cold - like shrimp cocktail. Each shrimp was fresh and wonderfully tender. Every bite of the sandwich has kick from the spicy aioli."

I asked, "Anything you didn't like about it?" She paused and then replied, "Honestly, it tastes so good, I'm not even going to discount it for not being on the traditional French baguette. If you eat shrimp, you have to order this sandwich."

For his dinner, my brother-in-law decided on the fish tacos, served with baked beans and corn salad.

The plate came with two tacos, each with a generous piece of fried cod. He shared, "Each tortilla was grilled, which was a nice touch. The slaw on the taco was a great compliment to the fish. I would say the tacos were a bit minimalist, I would have really liked some salsa to add a little heat." He continued, "I'm sad to say that both the beans and the corn were pretty disappointing."

Before I even laid eyes upon my plate, I was giddy with excitement. As a vegetarian, I have eaten countless grilled cheese sandwiches and pitiful garden salads at seafood shacks up and down the Cape. While my family chows down on calamari, fried clams and oysters or huge plates of fish and chips, I am usually counting the minutes until we transition to ice cream. At The Canteen, they have recognized the plight of vegetarians and they offer a veggie take on fish and chips!

With sheer joy, I ordered the mushroom and chips.

The plate is one third battered and fried mushrooms, one third French fries and one third coleslaw. I was so happy I almost cried. There was a great crisp to the batter on the mushrooms and you could still really taste their earthy flavor. The French fries were McDonalds level of perfect and the coleslaw was just the right ratio of veggies to mayo.

As we got up and headed back towards Commercial Street, we saw two seating areas we hadn't noticed on the way in. There are a few tables under an overhang, just outside the kitchen door. I could see wanting some shade if you came right at lunch time.

Somehow we also missed the seats right on Commercial Street! You can place your order and then sit right in all the action.

This was hands down my favorite meal of the trip. The Canteen was such a fun discovery and a place I hope to return to each year from now on. The beachfront seating is amazing, the view of the monument at night was breathtaking, the food was delicious and they were playing Motown the whole time we were there, which is the Galler family's music of choice. I am still in awe that a place makes a vegetarian fish and chips, so in my book, they get major bonus points.

If you have a Cape trip planned before Labor Day, put The Canteen at the top of your list.

I love to read this post. and try this meal.
https://www.seedandspark.com/user/julia-smith-3

Wohh just what I was searching for, appreciate it for putting up. heavy weight trucking

everyone would love to be debt free and have some financial freedom then become rich; cool conference room names

Most people depend on luck to pick winners and if they happen to do just that, they attribute it to, well, luck. bet188

That way, the bettors will surely be able to manufacture big return from laying their bets at the right time. fb88

The fundamentals of winning at casino games, whether reallife or online, are similar; however, you need to do a few things if you want to get lucky gambling online. cadovn88

Wagering, unlike the stock market or real estate, should not be considered an investment but, rather, a source of fun. bong88

well of course, everyone loves to get rich but not everyone would love to do hard work;; ioncasino

Hey, I just noticed that your RSS feed is not working properly. Thought I should let you know! home care policies

Hmm is anyone else having problems with the pictures on this blog loading? I’m trying to determine if its a problem on my end or if it’s the blog. Any suggestions would be greatly appreciated. rycomarketing.ie

Hey this is a good post. I’m going to mail this to my friends. I stumbled on this while exploring on yahoo I’ll be sure to come back. thanks for sharing. vslots88

Of coarse I know better now, the hard way didn't work and once I learned how to stop smoking Weed it was pretty easy. Buy medical marijuana

An intriguing discussion might be priced at comment. I think that you need to write regarding this topic, it might not become a taboo subject but normally individuals are insufficient to speak on such topics. An additional. Cheers gewerbegrundstück

Last month, when i visited your blog i got an error on the mysql server of yours.;’–; Forett floor plan

satellite tv has got to be one of the best inventions that we humans enjoy,” recruiting software 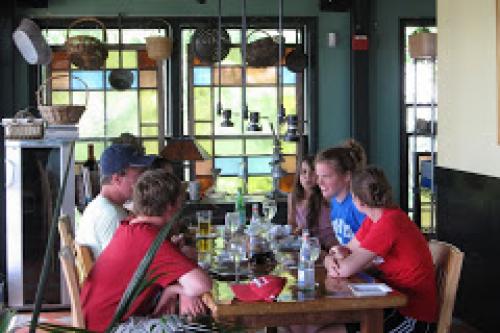 On July 4th, after watching a wonderful parade in Provincetown, my parents and I wandered down Commercial Street in search of lunch. Many of our favorite spots were quite crowded. As we walked my mother had a light bulb moment: Ross' Grill. Ross' Grill is a bit of a hidden gem. Located at the back of the second floor of the Whaler's Wharf shopping arcade, only a true veteran would know where to find it. 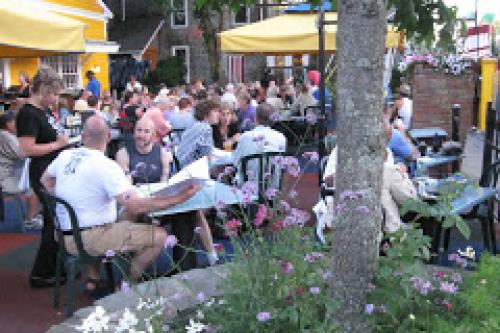 Dining Out: Bubala's By The Bay

For our final night on the Cape, my mother made a reservation for the entire family at Bubala's by the Bay 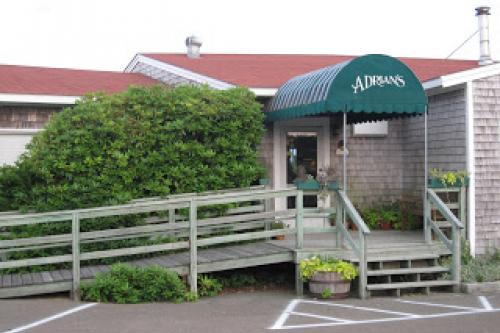 Dining Out: Eat at Adrian's

I am a long time fan of Boston chef, Will Gilson. His first restaurant, Garden at the Cellar, is one of my all time favorites (read the review from my first visit here). At the end of May I shared with you that Will and his business partner, Aaron Cohen, would be taking over dinner service at the Cape Cod restaurant Adrian's in Truro.