I spent my final two days in Israel in Jerusalem. My aunt and uncle have lived there for over 30 years. My aunt is an amazingly talented florist and my uncle plays bassoon in the Jerusalem Symphony Orchestra.

On the night I arrived, my aunt had made a dinner reservation for us at Anna Italian Cafe, the new restaurant in the historic Anna Ticho House in downtown Jerusalem. This house was one of the first homes built outside the walls of the old city of Jerusalem. Anna and her husband purchased the property in 1924. He was an eye doctor and they converted the first floor of the house into his clinic. She was his assistant and she was also a painter. They were both fixtures in the Jerusalem social and cultural scene. Dr. Ticho passed away in 1960 and Anna began to focus more on her art. Twenty years later when Anna passed away, she left the house (and all of her art work) to the city of Jerusalem. Over the past year or so, the entire house was renovated. Now the first floor is art galleries and the second floor houses the restaurant.

When we gave our name to the hostess, she walked us straight to our table in a cozy corner. The restaurant was a bit loud. My dad, an architect, always says that places with nothing on the walls are noisy and Anna had totally blank walls, leaving the sound to bounce around like crazy. I know, I'm getting old.

Anna is a kosher restaurant and serves dairy meals. They do not serve any red meat or poultry. It was a fantastic menu for me!

At the bottom of the menu, you'll notice Anna shares a really special fact about the restaurant.

I love that they are using this newly opened restaurant to provide job opportunities and training.

To begin, my uncle ordered a bottle of wine for the table. This winery is in Israel and is located in the desert next to the Tel Arad archeological site.

I have never been to a winery in Israel. That is on my bucket list for future trips.

For the first course, we shared three appetizers. The first plate to arrive was the roasted red peppers with feta cheese, oregano and chili flakes.

Next my aunt, uncle and cousin cut into the salt-baked and pickles beets, served with blue cheese, parmesan cheese and roasted onions.

My uncle said, "This is such a pretty presentation. The blue cheese and the beets are stellar together." My aunt added, "Beets and blue cheese are a super popular combination in Israel. You'll start to notice it on every restaurant menu."

We also split the potato gnocchi with roasted tomatoes and asparagus, topped with a dollop of creme fraiche.

This was a generous portion, great for sharing. The gnocchi melted in your mouth and tasted even more heavenly in a bite with the roasted tomatoes.

As our waitress was clearing the plates, we all agreed that the only thing missing from the appetizer round was bread to soak up all the delicious sauces and oils.

Though we had placed our order for entrees at the very start of the meal, it took around 35-40 minutes for those dishes to arrive (after the appetizer plates had been cleared). While were more than happy to be all together and catch up, we were ready for round two!

They did finally appear and my uncle was very excited about his choice - the "spicy fish" with anchovies, tomatoes and chili.

He described it to me as, "A really nice piece of fish with deliciously crispy skin. The dish was quite hot from the chili pepper."

Across from him, my aunt ordered the fish over lemon risotto with beet puree. We all marveled at the beautiful plating.

After a few bites she said, "The lemon risotto is so wonderfully creamy. The fish was excellent. I especially loved the crispy outside. I would have licked the plate if no one was watching."

My cousin went with one of my all-time favorite pasta dishes, the cacio e pepe. As soon as they placed it in front of her, I had order envy!

As she twirled the pasta with glee, she commented, "This dish can be really heavy, but Anna's version really isn't. The pasta is al dente, every single noodle is coated in cheese and there is a perfect ratio of parmesan to pepper."

She was nice enough to let each of us have a bite. My uncle said, "I really liked my fish, but I like the cacio e pepe better!"

I decided on the bucatini arrabiata, which is basically pasta with spicy tomato sauce. I was excited to see all the freshly grated parmesan cheese on the top.

I have to be honest, these noodles were so slippery that they were impossibly hard to get on the fork! I was embarrassed how much effort it was taking for me to get a forkful up to my mouth.

That being said, the spicy tomato sauce had great heat and I loved the blistered tomatoes mixed in with the pasta and the sauce.

Post-pasta, our waitress asked if we'd like to hear the dessert specials. As my mom would say, "We always do."

We quickly decided on two desserts for the table, the tiramisu and the chocolate mousse.

The tiramisu came in a huge slice. More like a giant hunk! It tasted surprisingly light. We were so eager that we all kept coughing after ingesting too much cocoa powder off the plate.

My cousin declared, "I would come back here just to eat the tiramisu again."

The chocolate mousse was equally amazing. We all devoured the chocolate cookies sandwiching the mousse on either side. If you got a bite with caramel, it made the dessert taste just like a Milky Way.

Though the restaurant was noisy and our entrees took way too long to come out, we all really loved the food at Anna. If you are exploring downtown Jerusalem or are looking for a change of scenery after a day in the old city, definitely make a reservation here. If you time it right, you can also explore the art galleries on the first floor.

Im no professional, but I believe you just crafted a very good point point. You definitely understand what youre talking about, and I can seriously get behind that. Thanks for staying so upfront and so truthful. arborists albany 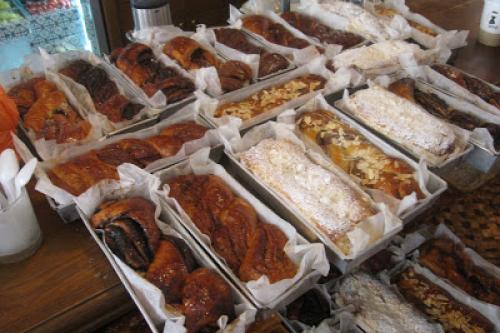 During my Israel trip I spent my last meal in Jerusalem with my cousin at a place called Kadosh. You can spot the French cafe by its white umbrellas casting some much needed shade on the sidewalk. 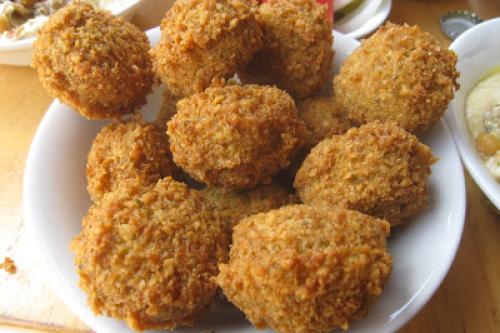 I hope you've been enjoying reading about my Israel trip as much as I am enjoying sharing it with you. This is the first of the six final posts about my time abroad. When you think of Israeli food, the first thing that likely comes to mind is falafel. The second thing, which has become very popular in the U.S., is hummus. While staying with my family in Jerusalem they took me to a hummus bar. Yes people, there are entire restaurants dedicated just to hummus. 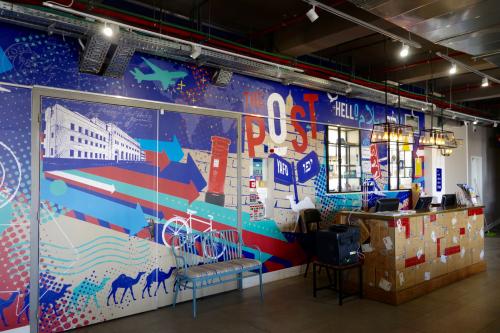 Searching for an amazing, yet affordable place to stay in Jerusalem? Look no further than The Post.