I am a longtime Doree Shafrir fan. I had the pleasure of meeting her once, when she was at the Brookline Booksmith promoting Postcards from Yo Momma. Since then she has joined the BuzzFeed team, moved to Los Angeles, gotten married and released her first novel, Startup.

Startup is a work of fiction that, as the name suggests, is set in the world of startups. In this case, a mobile app company called TakeOff that promises to check in with you throughout the day at the precise moments you need a mood booster or reminder. The book centers around the twentysomething CEO, Mack McAllister. Mack feels completely invincible as he is just days away from closing a huge funding round with well-respected venture capitalists, when a sexual harassment scandal threatens to derail his master plan.

The accusations involve one of his employees, Isabel. Though the book is fiction, it is clearly a commentary on the male-dominated startup world and the epidemic of sexism in these companies. If you have another two minutes, definitely read Shafrir's interview with Rolling Stone, which digs deeper into this topic.

In the acknowledgements section at the very end of the book, Shafrir thanks all of the startup founders and venture capitalists who answered questions as she created this incredibly authentic world in Startup. I work for a public relations agency that largely represents startup companies, so I live and breathe this every single day. Her characters, their office interactions, even the platforms they are having these conversations on (always Slack) are spot on.

In one of my favorite passages, a young reporter for TechScene (clearly a play on TechCrunch) is headed into a party being hosted by a hot shot in the New York City startup scene. Shafrir writes:

"Katya knew Andrew as well as she knew most of the successful twentysomething founders in the startup scene, which was to say, both not very well and rather intimately, all at once. She didn't really know Andrew Shepard, person. But she knew him, just like she knew practically all of these guys. They were runners and foodies and cyclists; they all wore fitness trackers and compared with one another about who had run the most miles or slept the optimal 7.5 hours. They donated money to charities started by their friends that taught underprivileged kids ow to code but voted against raising taxes to make those kids' schools better. They participated in hackathons and marathons; they climbed mountains; they loved South by Southwest. They thought everyone, including themselves, were where they were entirely because of their hard work and innate creativity, and if you weren't successful, that was because you hadn't tried hard enough. They didn't understand people who weren't just like them."

This is so accurate that it left me speechless. Then I promptly dog-eared the page.

If you're curious about the startup world, Shafrir's novel is a crash course. It's fast-paced, it's smart and it's addicting. I found myself finishing a chapter and going, "Ok, just one more." I read it in three sittings and I was sad when it was over.

A few things required which is the basic need of any startup because it encourages you a lot. The top quality essay writing services train those people who want to open their own startup and want to make a business.

If you are thinking about the new startup then make sure you have a good investment. Many people face full face snorkel mask problems just because of experience.

You Will Not Have to Deal With Any Unions: Most if not all security firms will be independent of any unions, meaning the firm will handle any/all negations and disputes, so you will not have to worry about your workers going on strike, and leaving you unprotected. security guard company San Diego California

Excellent article. I am experiencing a few of these issues as well..volume pills in gnc stores

Very good write-up. I certainly love this website. Thanks! Bizzoppclicks

You make so many great points here that I read your article a couple of times. Your views are in accordance with my own for the most part. This is great content for your readers. 토토사이트

Thank you for sharing a bunch of this quality contents, I have bookmarked your blog. Please also explore advice from my site. I will be back for more quality contents. dismiss speeding ticket in texas

Thank you so much as you have been willing to share information with us. We will forever admire all you have done here because you have made my work as easy as ABC. personalized belt buckles

Fabulous post, you have denoted out some fantastic points, I likewise think this s a very wonderful website. I will visit again for more quality contents and also, recommend this site to all. Thanks. austin deck company

Excellent website! I adore how it is easy on my eyes it is. I am questioning how I might be notified whenever a new post has been made. Looking for more new updates. Have a great day! storage container rentals

You have a real talent for writing unique content. I like how you think and the way you express your views in this article. I am impressed by your writing style a lot. Thanks for making my experience more beautiful. acheter des abonnés

Excellent website! I adore how it is easy on my eyes it is. I am questioning how I might be notified whenever a new post has been made. Looking for more new updates. Have a great day! christian business coach

Thank you because you have been willing to share information with us. we will always appreciate all you have done here because I know you are very concerned with our. deck builders near me

Wow, What an Outstanding post. I found this too much informatics. It is what I was seeking for. I would like to recommend you that please keep sharing such type of info.If possible, Thanks. data privacy in austin tx

END_OF_DOCUMENT_TOKEN_TO_BE_REPLACED 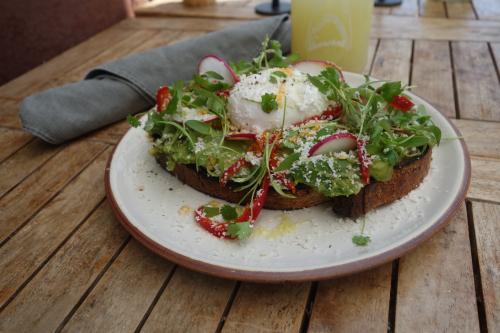 Great White in Venice Beach, CA is a must-visit for breakfast or brunch.

Stumped for what to get your best friend this holiday season? Today's gift guide has you covered.