Last week I took my maiden voyage with a friend who had also been dying to go. She'll soon be leaving Boston for New York City, and the Market was on her Boston bucket list.

We arrived to what we thought was the entrance, but was actually the door to the kitchen / classroom.

The front door is on the other end of the block, facing Faneuil Hall.

When we walked in, the first stall to left was Red Apple Farm from Phillipston, MA. It reminded me so much of Atkins Farms Country Market in Amherst, MA.

They were selling apple butter, apple cider and something called fire cider.

The poster had a very Pirates of the Caribbean vibe to it.

I had to resist pressing my face to the glass when a saw the bowl of apple cider donuts sitting on a beach of sugar crystals.

Across the way, it finally felt like summer with this display of bright green plants and herbs.

I was so excited to see Somerville's Taza Chocolate. I went on their factory tour and absolutely loved it.

In addition to all the traditional chocolates, at this Market location they make hot and ice chocolate drinks, as well as Market snacks - churros and empanadas - both of which are portable and ideal for noshing while walking around.

Across from Taza is Mother Juice, who I know from Kendall Square in Cambridge. Tons of girls in yoga pants and leggings were coming out of the Market with Mother Juice smoothies.

I flipped for the chalkboard art at Jasper Hill Farm.

When we strolled up to Massachusetts Farm Winery and Growers, it took my friend about ten seconds to notice they carry wine from Truro Vineyard (my favorite!). My mood was instantly boosted.

They even carry the lighthouse-shaped bottles, which make for such beautiful gifts.

While walking among the racks of wine, we noticed a sign promoting a $10 dollar wine tasting. For just $10 bucks, you can sample five Massachusetts wines and you get to keep the glass. We sat right down.

The first wine we tasted was a sauvignon blanc from Mill River Valley and I loved it! Next we sampled the Truro Vineyards merlot, followed by 1620 Winery's rosé. I was hoping to enjoy the rosé and maybe even buy a bottle, but sadly, it wasn't for me.

While sipping wine we had a great view of Appleton Farms. The team behind the counter was answering numerous questions about styles of cheese.

After sampling all five wines, we wandered over to Stillman's produce. It's so cool to see all those farm fresh fruits and veggies in the heart of the city.

They are gearing up for some sort of tomato growing contest.

Along the back wall of the Market was Finesse Pastries, with a bakery case bursting with bright colors.

I am a sucker for fresh pasta and the options in the case at Nella Pasta were super enticing.

At the end of the final row of stalls is Stow Greenhouses from Stow, MA. I never realized the Market also carried fresh flowers.

Across from the freshly cut blooms is Peterman's Boards and Bowls. As I walked toward the display I felt myself flip into hostess / entertaining mode.

It took immense self restraint not to purchase bowls, trays and serving utensils.

After wandering up and down all the aisles, we were ready to have some dinner. We had surveyed all the options and decided on Inna's Kitchen, which is owned by the mother of one of my middle school and high school classmates.

We stood in front of the chalkboard menu, struggling to decide what to order. Everything looked delicious. We eventually decided to share two knishes and then each order an entree.

We ordered one potato knish and one spinach and feta knish. The pastry was so flaky and buttery. I was in heaven!

The potato filling was my favorite. The spinach was a bit too salty.

My friend decided on the chicken shawarma pita.

Half way through the sandwich she said, "This is incredible. There is a ton of chicken and beneath that is lettuce, tomato, pickles, pickled onion, pickled cabbage and then it's all topped with tahini. My only regret is that I didn't get it on the plate so I could have composed each bite myself."

I selected a dish called shakalatkes, which is a mash up of shakshuka and potato latkes. You can't help but want to shout, "Boom shakalaka!"

The dish is two potato latkes, topped with fried eggs, covered in shakshuka sauce and topped with a generous layer of feta cheese. There is also a dollop of sour cream, which is what I always spread on my latkes.

This dish was packed with bold, Middle Eastern spices and flavors. The eggs were cooked perfectly. My only complaint was that the potato latkes got a little mushy under the weight of the feta, sauce and eggs.

We quickly made our food disappear. We tossed our plates in the trash and headed straight for Crescent Ridge. The ice cream place from Sharon, MA is known for exceptionally creamy flavors.

My friend ordered the Moose Tracks, which is a blend of chocolate and vanilla ice cream, swirled with peanut butter cups. I snuck a bite and holy cow was it good!

I went with the salted caramel pretzel, which was vanilla ice cream, ribbons of caramel sauce and chocolate-covered pretzels. This was an amazing mix of salty (from the caramel and the pretzels) and sweet (from the vanilla ice cream).

I could eat Crescent Ridge every single night. This is what real ice cream should taste like.

At this point we were completely stuffed, but we couldn't leave without taking a few photos in the American Gothic cut out.

I absolutely loved the Boston Public Market. It felt great to support so many local growers and businesses. I only wished I lived closer or walked by as part of my daily commute. If I did, I would be a regular!

Tell me, have you been to the Boston Public Market? Is there a stall you always visit?

I can tell you the macarons from that shop are delish (and gluten free) and the hot chocolate at Taza is rich and delicious and worth every calorie.

There were so many macaron flavors I wanted to try! Next time I will go and get just that. I didn't get a chance to order a Taza drink, but would love to!

This is a great inspiring article.I am pretty much pleased with your good work.You put really very helpful information. Keep it up. Keep blogging. Looking to reading your next post. 먹튀

Thanks for taking the time to discuss that, I feel strongly about this and so really like getting to know more on this kind of field. Do you mind updating your blog post with additional insight? It should be really useful for all of us. 먹튀

Outstanding article! I want people to know just how good this information is in your article. Your views are much like my own concerning this subject. I will visit daily your blog because I know. It may be very beneficial for me. 먹튀검증사이트

I am happy to find your distinguished way of writing the post. Now you make it easy for me to understand and implement the concept. Thank you for the post. https://www.schedulelogin.com/

This is very educational content and written well for a change. It's nice to see that some people still understand how to write a quality post! 꽁머니 사이트

Extremely intriguing online journal. A lot of web journals I see nowadays don't generally give anything that I'm keen on, however I'm most definitely inspired by this one. Recently felt that I would post and let you know. Onewheel XR Accessories

definately enjoy every little bit of it and I have you bookmarked to check out new stuff of your blog a must read blog! Onewheel Accessories

Extremely pleasant article, I appreciated perusing your post, exceptionally decent share, I need to twit this to my adherents. Much appreciated!. Computer Support and Services companies Century City Los Angeles

Specialists in the diagnosis and treatment of erectile dysfunction are responsible for the creation and development of our pharmacy. We know the problem and we know how to deal with it. Kamagra

Qikink enables anyone to sell products online without inventory, processing and logistics hurdles. Anyone can signup on Qikink.com and start selling products online. T-Shirt Dropshipping

If your fence is looking less than perfect, it is time for a fence repair in Cape Coral, SW Florida. Gator Fence is the best fence services company in SW Florida and nearby areas and we can give you a fence repair to prove it! A lot of our customers are extremely happy with the final result and I think it is your turn to be one of those customers! vinyl fencing 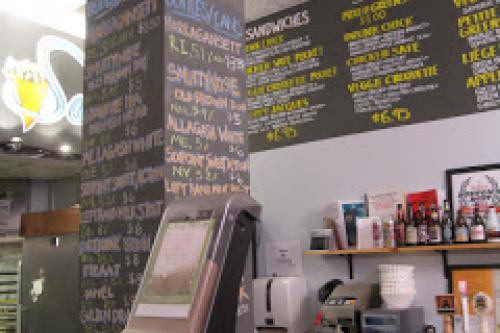 I have been wanting to go to Saus on Union Street in the Faneuil Hall area since it first opened. A place that specializes in Belgian frites and waffles? What's not to love about that? Saus is located on Union Street right next door to the Union Oyster House and the Bell in Hand. Genius location for a place that serves fried food. 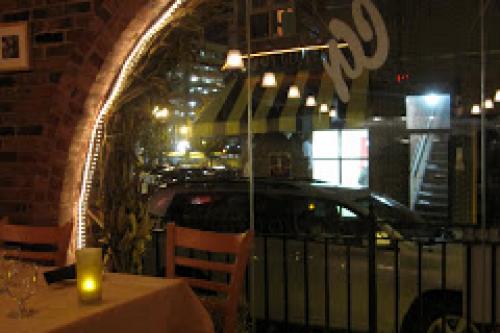 This weekend my cousin is getting married at the Liberty Hotel in Beacon Hill. This afternoon she and her fiance arrived in Boston from Manhattan as did his parents, who flew up from Charleston, SC. The bride arranged a dinner for the four of them and the local, immediate family at Caffe Graffiti in the North End. 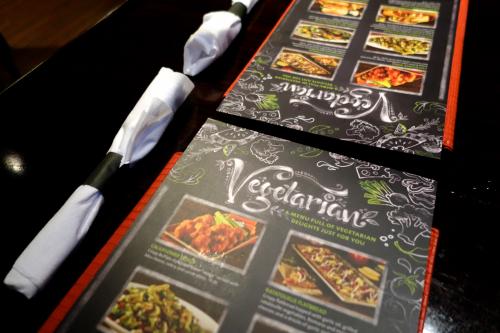 A few years ago I started going to the Hard Rock Cafe in Faneuil Hall to see some of my favorite local bands perform. Now I know what you are thinking, isn't that place a tourist trap? I used to feel that way too until I started visiting regularly. Not only is it a great place to see live music (you can stand as close to the stage as you can push), but Hard Rock has a pretty killer food menu.