I have been on a marathon business trip for the past few days. Four days in San Francisco, followed by six days in New York. Though I have been working pretty much every minute of every day (or flying back and forth across the country) I have managed to sneak in a few meals out.

While I was in San Francisco I had one night to myself and I was determined to use it to try a new restaurant. I went on Thrillist to see what new places had opened in the past month and of everything on their list, I was most intrigued by the Rambler.

The Rambler is right next door to the Hotel Zeppelin on Post Street, just two blocks up from Union Square. When you visit the restaurant, be sure to pop into the hotel lobby. It's super funky.

You enter the restaurant from the street (not through the hotel lobby, which I attempted).

The space is small and cozy with exposed brick walls. On the left wall is a row of tables, all with a banquette on one side with throw pillows for extra comfort. On the right wall is the bar and a few two top tables.

The host was kind enough to seat me at a two top right in the front window, so not only could I see the entire dining room, but I could also watch people walking by outside. I was dining solo, as were many other people in the restaurant (likely other travelers).

My waitress was friendly and brought me the food menu as well as the wine list.

She brought me my own bottle of water which came in a very cool pitcher.

I decided to sip on a glass of Whitehaven sauvignon blanc. It's from Marlborough, New Zealand, an area I've come to love for wine.

The Rambler dinner menu is spectacular. I was pleased to see it was actually about twice the size of what is listed online.

To begin, I ordered the crispy fried sunchokes with black garlic dip. Up to this point I'd only had sunchokes in puree form, so I was interested to try this other preparation.

The sunchokes were lightly fried and melted in your mouth. The texture combination of the crispy outside and the warm, soft inside was heavenly. The black garlic dip was much more mild than I was expecting, but still yummy.

Next I tried the charred little gem lettuce and broccoli salad, served with pickled chiles and an anchovy and Manchego cheese dressing.

This tasted like a more creative take on a Caesar salad, topped with broccoli. I first got into charred broccoli at Alden & Harlow and now I order it whenever I see it on a menu.

I was planning to get a third item, maybe a side dish, by my waitress suggested the caramelized onion flatbread. She said it's her favorite thing on the menu. It's typically served with fromage blanc and smoked bacon, but she said the chef could make a vegetarian version.

When she said "vegetarian version" I thought she meant removing the bacon. Turns out the chef did remove the bacon, but he also added cherry tomatoes and fresh basil. I was very appreciative for the upgrade!

The crust on the flatbread was thin, but had a great crunch. The fromage blanc was rich and paired perfectly with the caramelized onions.

When all the dinner plates had been cleared, the waitress asked if I'd like to have any dessert. As you know, I always have to at least look. She recommended the caramel pot de creme, but I was just too stuffed.

I was very happy to discover the Rambler (thanks, Thrillist). The atmosphere is fun, but still relaxing and the food was excellent. I will be staying in that same neighborhood for a full week in December, so I may have to go back and try more dishes.

Also, if you find yourself in Union Square, be sure to visit my favorite Mexican restaurant, Colibri.

I knew nothing about sunchokes before now, even had to google them. This meal looks absolutely delish!! 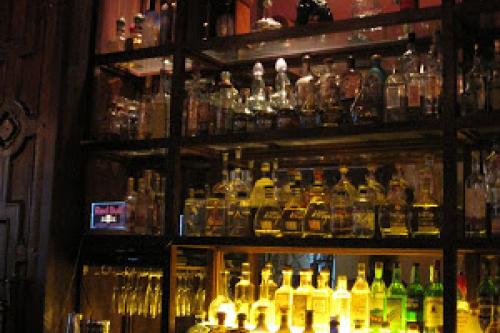 For our first dinner in San Francisco, we headed to a restaurant recommended by the sales manager at our hotel, Colibri. Colibri is located on Geary Street and it would be easy to walk right by it if you didn't know it was there. Hidden beneath an unassuming, navy blue awning with yellow text, lies a fantastic Mexican restaurant. 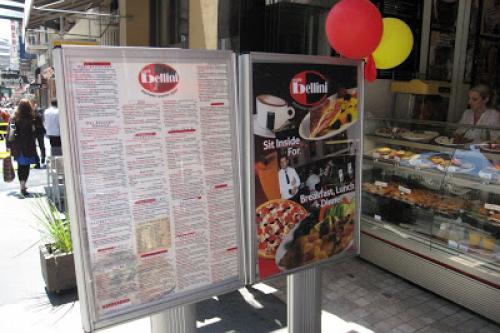 On my third day in San Francisco I was pressed for time for lunch. 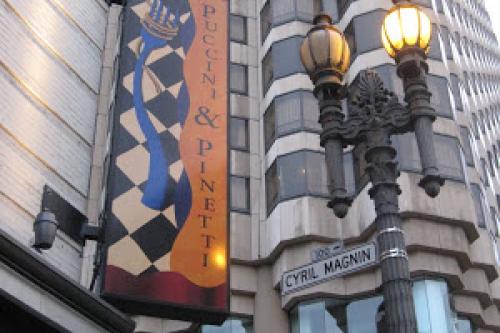 Dining Out: Puccini And Pinetti

Our second night in San Francisco we headed to Puccini and Pinetti to refuel after a hard day's work.