I finished season three of "Orange is the New Black" five days after it became available on Netflix. I have been waiting to share my review with you until I had time to sit down and really detail my full reaction to the newest episodes.

After watching the first three seasons, I have to say, I think season two was the strongest. Not only did it have the intense (and sometimes violent) drama of the Vee vs. Red feud, but we learned about the lives of the women before they were in prison through a series of poignant and raw flashbacks.

Someone I'm friends with on Facebook wrote this about the third season, "Jenji Kohan has sacrificed any real plot or character development to focus on the flaws of the American prison system." I read that comment when I was only about five episodes in, and I have to say, I kind of agree. I didn't feel that the story lines were as strong this season and there definitely seemed to be a heavy focus on the mistakes and mishaps caused by the prison's acquisition.

All that being said, there were some shining moments. Below are my thoughts, character by character.

*SPOILER ALERT! Do not read on if you do not want to know any particulars about season three.*

Piper - Is it just me or did Piper become insufferable this season? I found her self-centered personality unbearable. From her hate sex with Alex to her business enterprise with the hot pink panties, I just wanted to smack her. 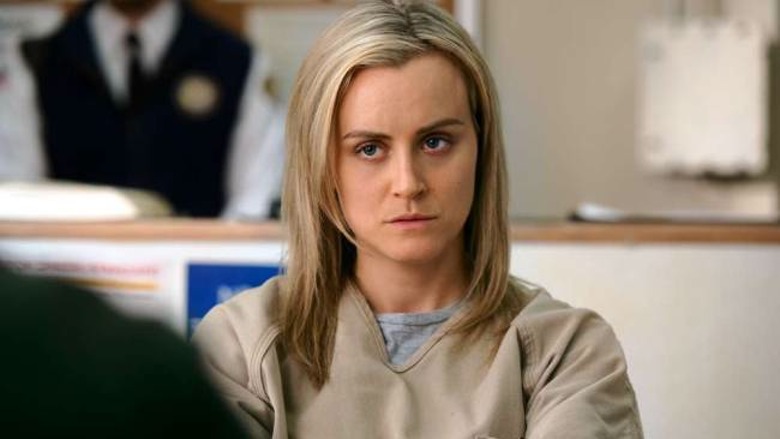 Alex - In the first season, Alex had the upper hand with Piper. Now she's paralyzed with anxiety about her old drug lord boss coming after her. Remember her final scene this season in the green house? Do you think that guy is going to kill her? 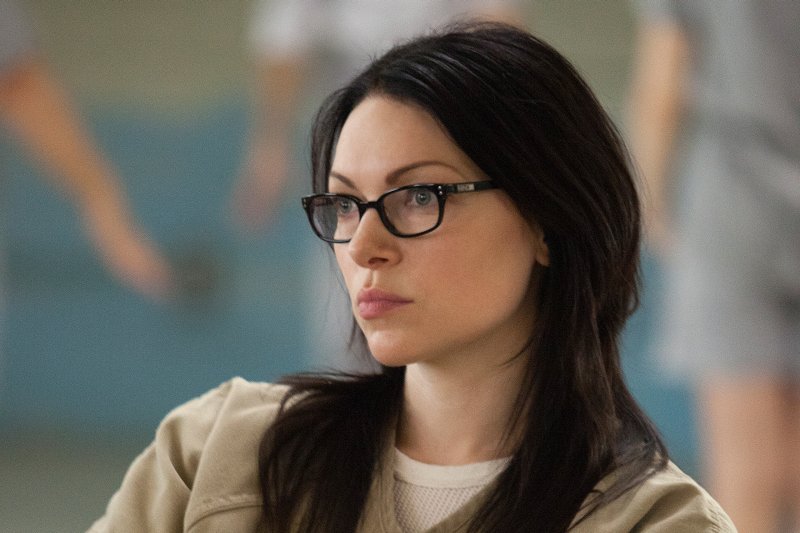 Suzanne a.k.a. Crazy Eyes - Suzanne had several major moments this season. Mourning the loss of Vee, becoming an author and finding her very first love interest. I found it absolutely hilarious that despite never having had a sexual encounter in real life, she wrote the sauciest novel. 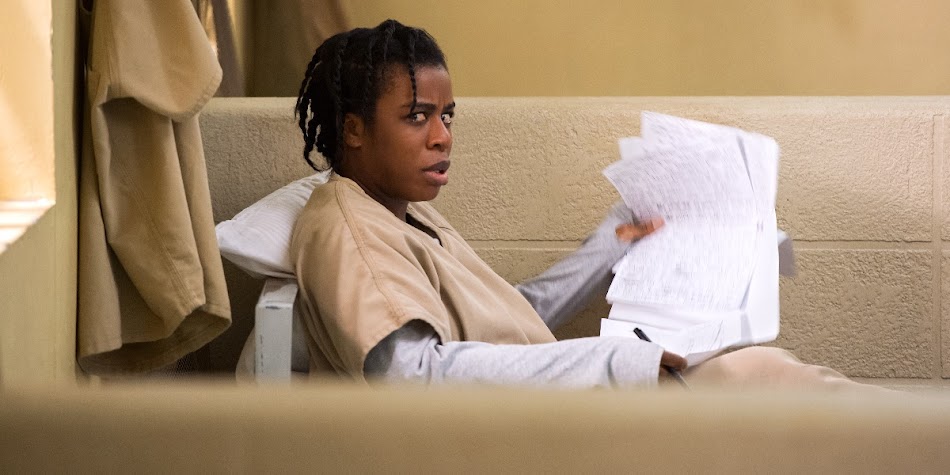 Taystee - This season Taystee stepped up into the maternal role that was previously occupied by Vee. She keeps Suzanne in check and she tries to get Poussey to lay off the hooch.

Poussey - In season two, we learned Poussey's backstory (her military dad and her first girlfriend). This season she was mostly drunk or working on her next batch of booze (even peeing on the ground to keep animals away).

Dayanara - Poor Daya. She has the world's worst mother, she has to lie about the father of her baby and her boyfriend bails with no explanation. I found the story line of Daya and Mendez's mother very compelling. I still don't understand why Bennett left without saying goodbye. He owes us more than that! 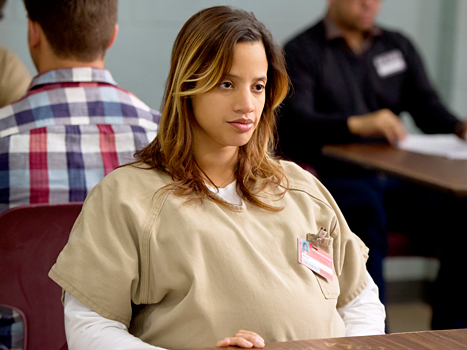 Gloria - Last season Gloria took over the kitchen, sending Red into a tail spin. We also learned how she got into jail (one very pissed off convenience store customer). This season, Gloria and Sophia (Laverne Cox) are battling over their teenage sons. Sophia's ex-wife starts driving Gloria's son to the prison to visit her and Sophia thinks he's a bad influence. Cue one of the ugliest fight scenes in the show's history.

Sophia - What I found most interesting about Sophia's story line this season is that is was all shot before the Caitlyn Jenner news. Jenji Kohan was already planning to put Sophia's transgender struggle at the center of the show before it became front page headlines through Caitlyn. Watching Sophia be beat down by those girls was horrifying. 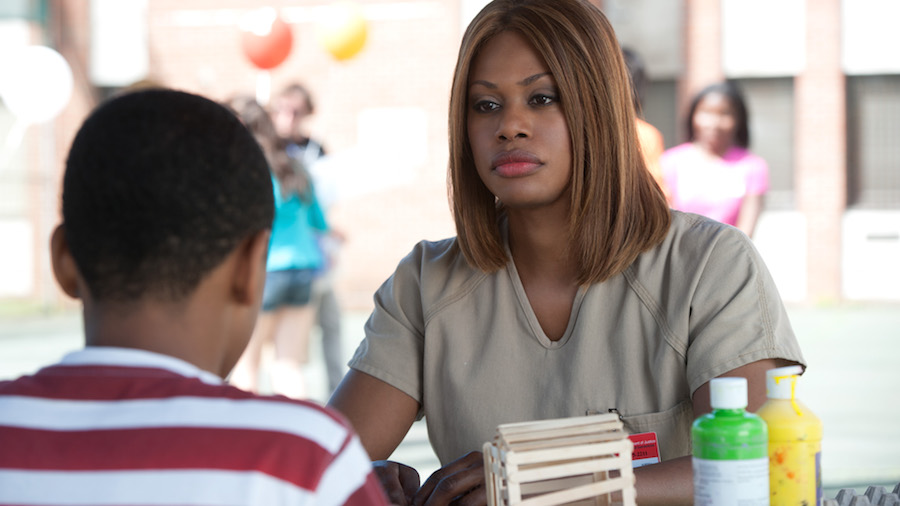 Red - My favorite scene in the entire season was when Red served as translator between Healy and his embittered Russian mail order bride. Her compassion for Healy was one of the most unexpected surprises of the season. I also loved how she felt the need to tell all the inmates time and time again that she didn't cook the disgusting food they were being forced to serve. 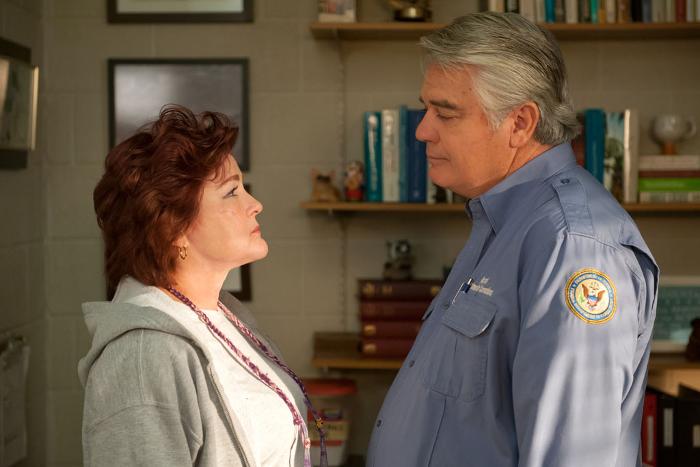 Norma - Norma has always been in Red's shadow, but this season she stepped forward in a huge way. We learned a lot about her past (a childhood stutter, a polygamist marriage) and watched her become the center of a support group for the girls. When they thought they saw Norma's face in a piece of toast, I couldn't help but laugh. 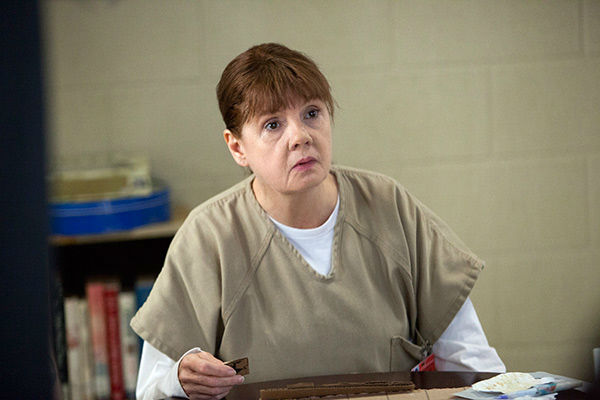 Leanne - Up until this season, I always saw Leanne as Doggett's side kick. I wasn't sure we'd ever really see her in the spotlight. Her back story was another shocker. Leanne grew up in an Amish family and had decided to commit to the community and way of life when the police found her backpack in the woods. It was full of drugs. Whoops. 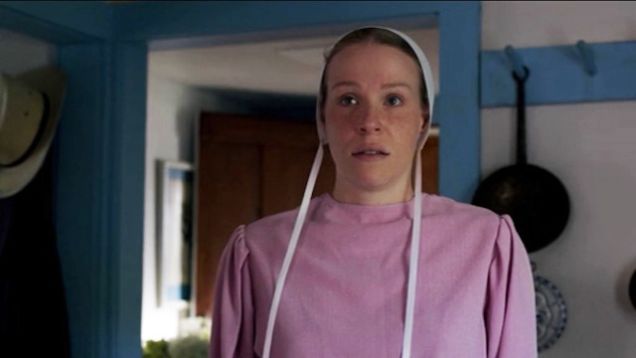 Boo - While Boo has regularly been a source of antagonism, this season we learned she was never accepted by her parents, not even on her mother's death bed. Her parents were repulsed by her, which was painful to watch.

Doggett - This season Boo and Doggett formed an unlikely alliance when Doggett admits she was raped by one of the new guards. Through a series of flashbacks, we get to know more about Doggett than her drug use and multiple pregnancies. We discover that her mother explains to young Doggett that getting her period (at age 11) now makes her valuable to boys. After being treated like dirt by several high school guys, she does meet one amazing Prince Charming. He's handsome, alluring and treats her with respect. When he had to leave town, I was heartbroken for young Doggett. 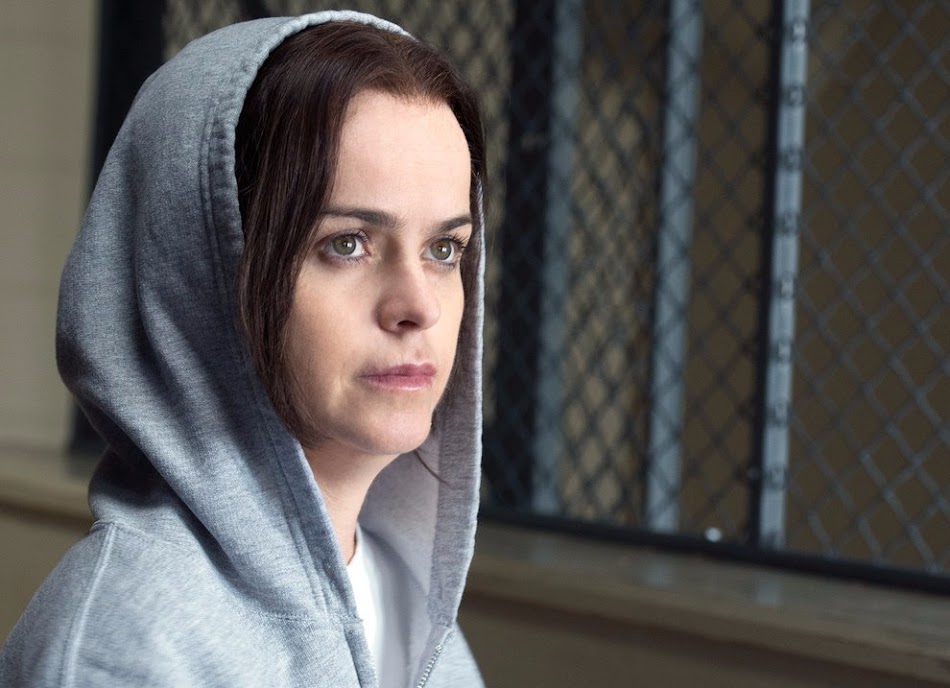 Morello - Oh, Morello. This season, instead of obsessing over Christopher, she decides to start online dating guys who are interested in prisoners. She fakes being into whatever they're into (bird watching?!). Finally, she meets one who seems like a great match. They wind up getting hitched (in the prison) and consummating their marriage up against the vending machine. Eww.

Caputo - The prison's head honcho had a rough upbringing. First he gets injured just as he's becoming a wrestling star, then his girlfriend gets pregnant by his bandmate and he sticks around to care for her and the baby, only to be left in the dust. In present day, he's being pushed out by the incompetent Danny (played by comedian Mike Birbiglia). He became more likable to me this season on account of all his heartache.

And there you have it! Sadly, now we have to wait another 12 months to find out what happens next.

Tell me, did you have a favorite moment from season three?

END_OF_DOCUMENT_TOKEN_TO_BE_REPLACED

Last night ABC aired the first ever episode of Grey's Anatomy in the 8:00pm slot, just before the new episode (Scandal is apparently on hiatus this week). Did anyone watch it? The new episode was titled "Crazy Love" which was completely appropriate. We've seen a lot of crazy patient stories over the years, but a severed penis? Really, Shonda?

The Bachelorette: Guard And Protect Your Heart 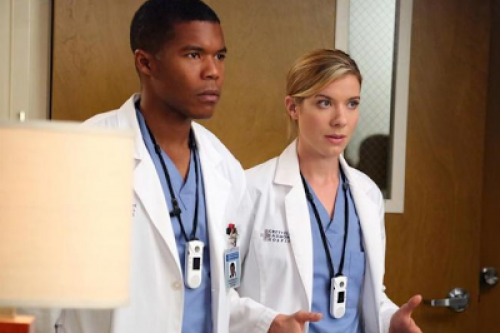 Tonight's episode of Grey's Anatomy was pretty uneventful. It felt like one giant set up for the next few episodes.