I have been loyal to Grey's Anatomy since season one, episode one. For me, Thursday nights have been about this show for the past 10 years.

When I woke up this morning the first thing I thought was, "It's Grey's day!" You may remember that during last season's finale Dr. Weber was electrocuted and it seemed like he wasn't going to be discovered until it was too late. 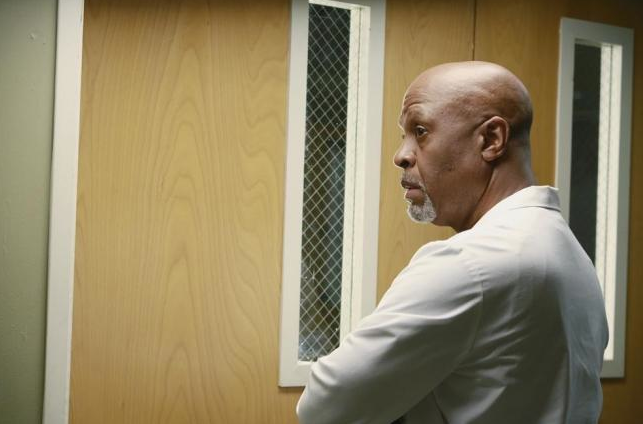 Tonight we resumed right where we left off last time, with the ER in total chaos. Things escalate quickly when a mudslide brings a wave of critical patients into the ER.

For the first half hour or so no one has found Richard and then Shane sends Heather (Brooks/Mousey) to go look for him. When she finds Richard on the ground she lunges toward him, electrocuting herself and hitting her head on the way down.

Much to my shock, Heather doesn't make it. Even after Dr. Shepard tried to save her, she just couldn't pull through.

Shane's reaction to her death (or lack of reaction) was making me increasingly more nervous. In the final seconds of the episode he decides to leave with the firefighters to try and help at the mudslide location. This can't be good.

This hour was also high drama because Callie is enraged about Arizona cheating. I have to say, those two have had one difficult story line after another. Callie wanting to have a baby, Arizona wanting to get married, Callie cutting off Arizona's leg . . . will they ever catch a break?

In other couple news, Matthew tested April's true devotion by implying she still wants Jackson. Though it seems she might, she re-proposes to Matthew to assure him she only has eyes for him. We'll see how long this lasts.

Owen and Cristina also revisited their past with multiple visits to the on-call room. I love those two together. This entire episode I kept thinking how sad I am that this is Sandra Oh's final season on the show. She's such an integral player in this group.

This real story tonight was about Dr. Weber. I don't know if anyone else noticed this, but Meredith always narrates the show, especially the opening and closing lines, but tonight it was Richard's voice. We watched the whole team panic at the thought of losing him (especially Bailey), we saw Meredith agonize over being his healthy proxy and finally, we saw Richard open his eyes after three operations and lock them right into Meredith's. Phew! He's going to make it.

Every week I watch the show with one of my best friends from college and when the episode ended tonight she said, "How could they have a two hour premiere yet absolutely nothing is resolved?" Shonda, you got us again.

I'll be traveling for work next week and won't be able to watch the show live, so you'll get a double recap on Thursday October 10th!

END_OF_DOCUMENT_TOKEN_TO_BE_REPLACED 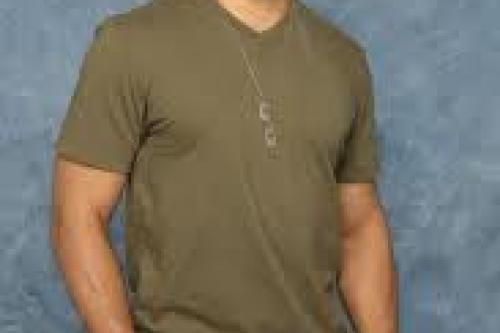 The Bachelorette: The Final Rose

After weeks of accompanying Ali and her suitors on their journey to find love, the night has finally arrived where one man receives the final ro 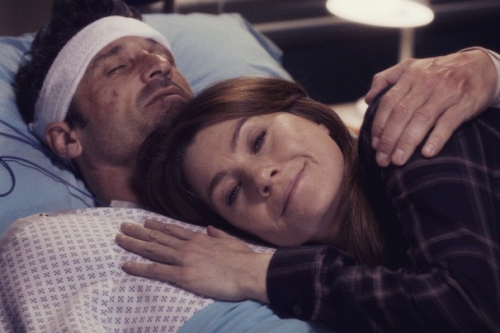 It's well documented that the five stages of grief are denial, anger, bargaining, depression and then finally, acceptance. After last week's episode of Grey's Anatomy and Derek's very unexpected and tragic death, I think we can all agree we suffered the denial and anger stages pretty immediately. Shonda Rhimes was eviscerated on Twitter as a result. 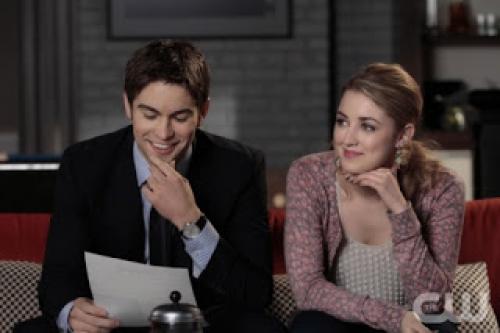 Before I even pushed play on my DVR tonight I was wondering, "Is Jack really Chuck's dad?" I think that is the question on everyone's mind after last week's episode. I couldn't help but laugh in the opening scene when Dorota complained to Blair that Vanya racks up their internet bill by playing World of Warcraft. Over at the Empire I was thrilled to see that Chuck has traded in his red, onesie sweat suit for a much daintier pair of gold and navy, paisley pajamas. All is right in the world again.