While in Los Angeles for work last week I had a fantastic meal at LaLa's Argentine Grill on Melrose in West Hollywood. 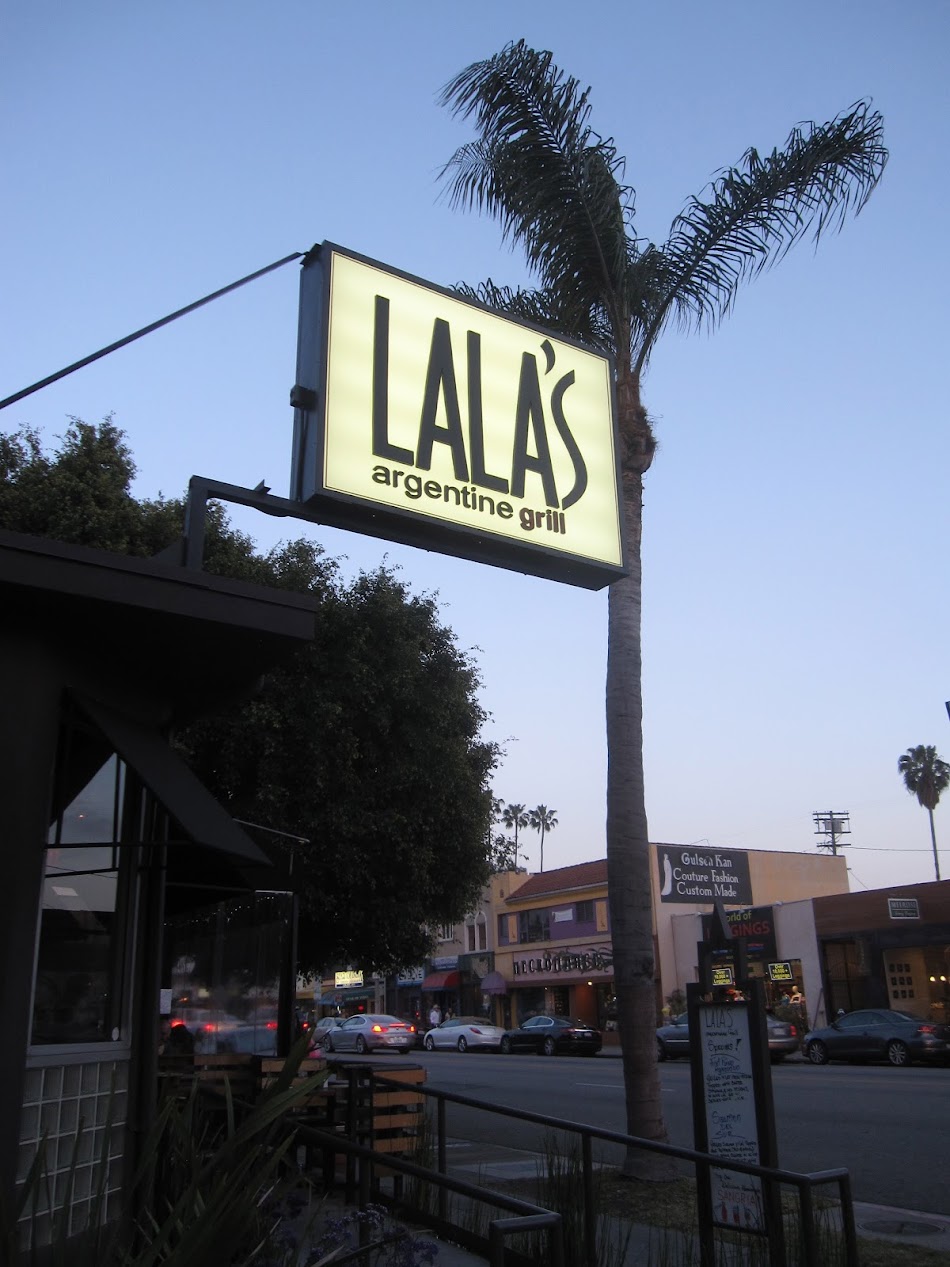 I never tire of palm trees.

LaLa's has both an indoor dining room (where lots of cozy dates were happening) and an outdoor patio. We opted for the patio.

I love the light fixtures in the covered patio. Don't they look like they're on fire? 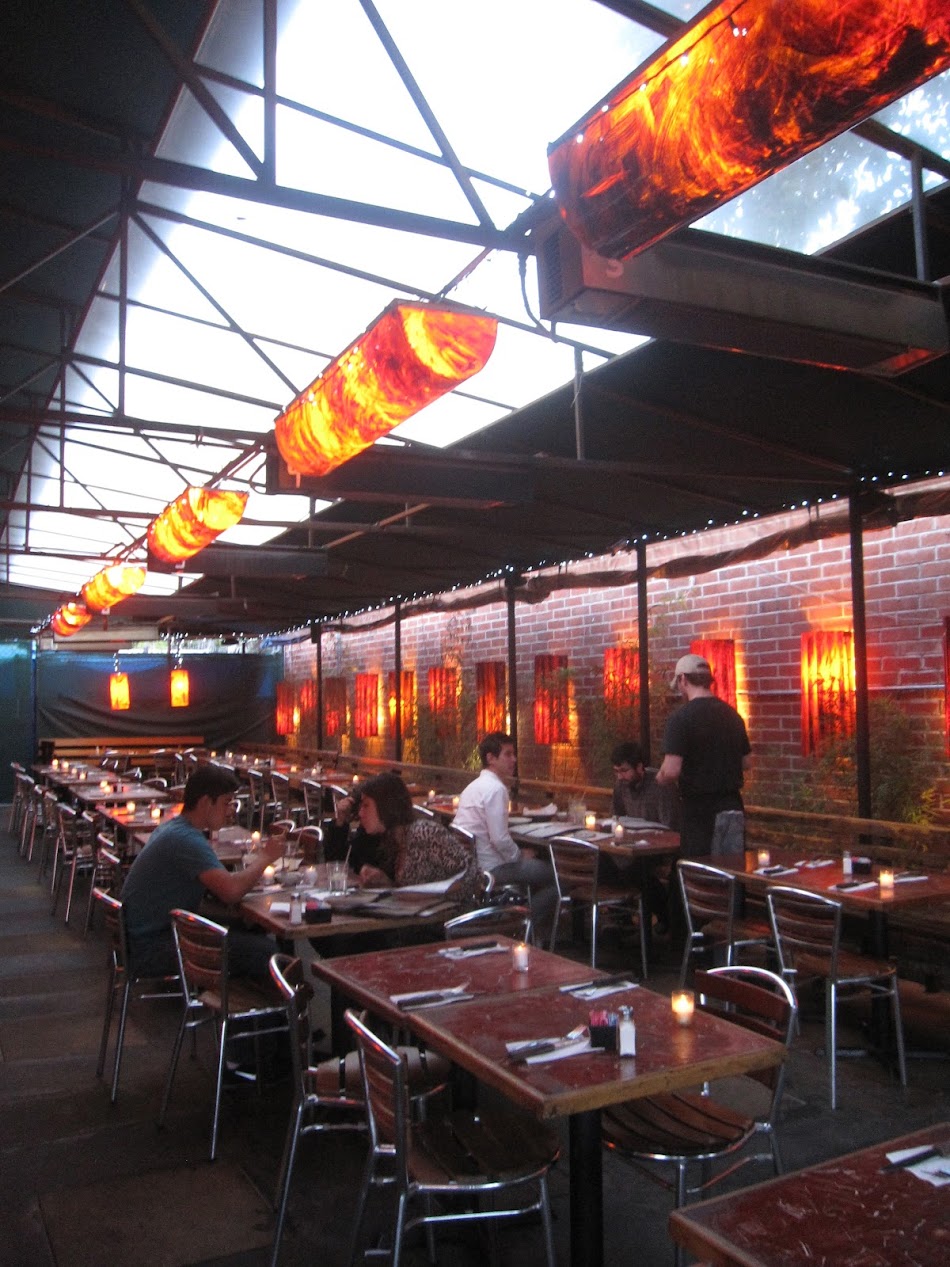 In addition to the great lighting, the patio also has young, green plants growing along the perimeter. 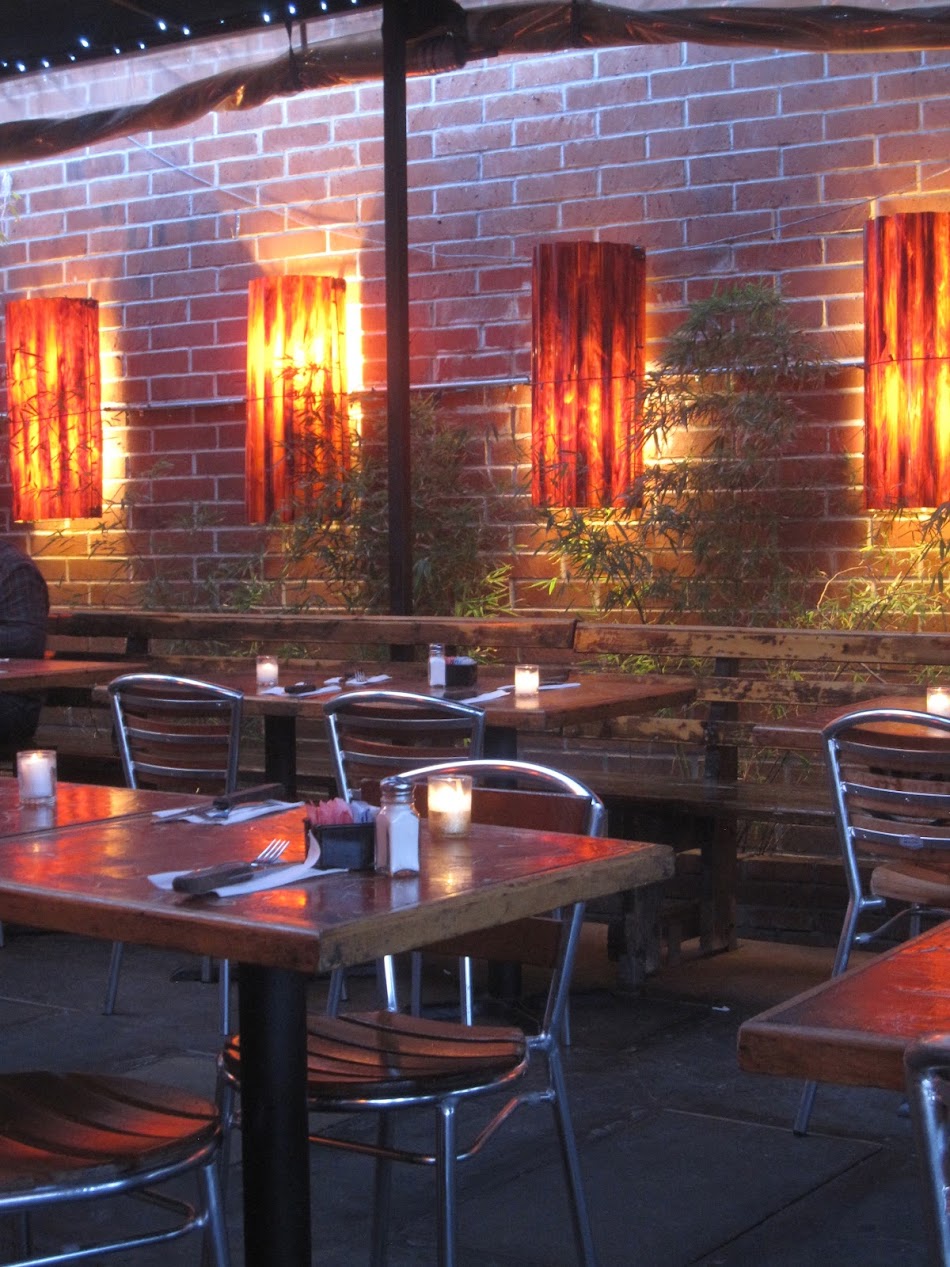 If you're really lucky, you'll get to sit in one of the few booths that look out onto Melrose Avenue. 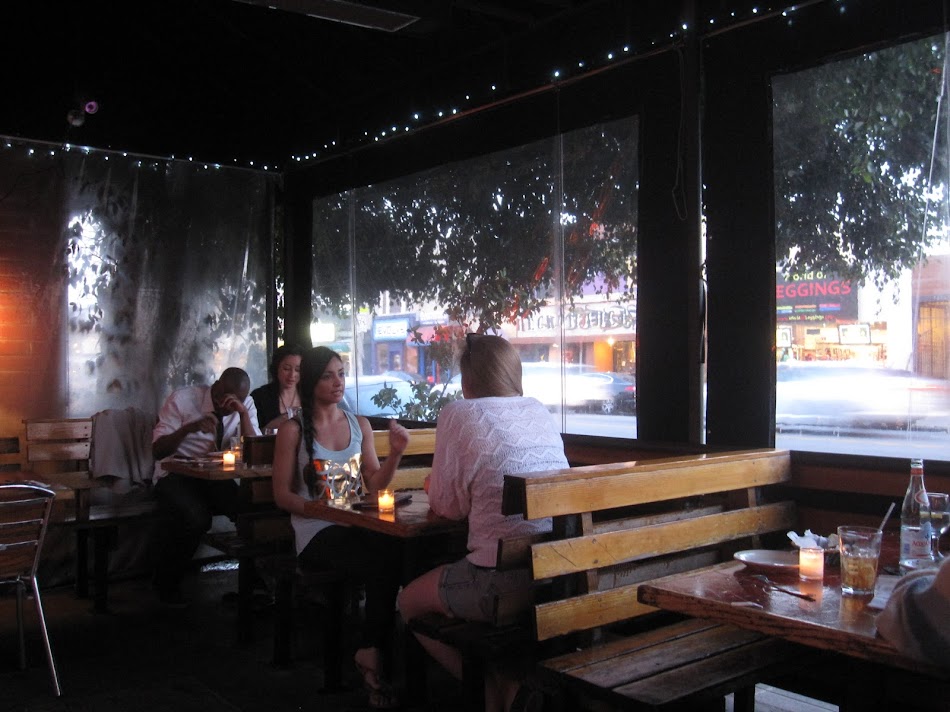 While we were looking over the giant menus, our waiter brought us a basket of thinly sliced bread with a side of olive oil. 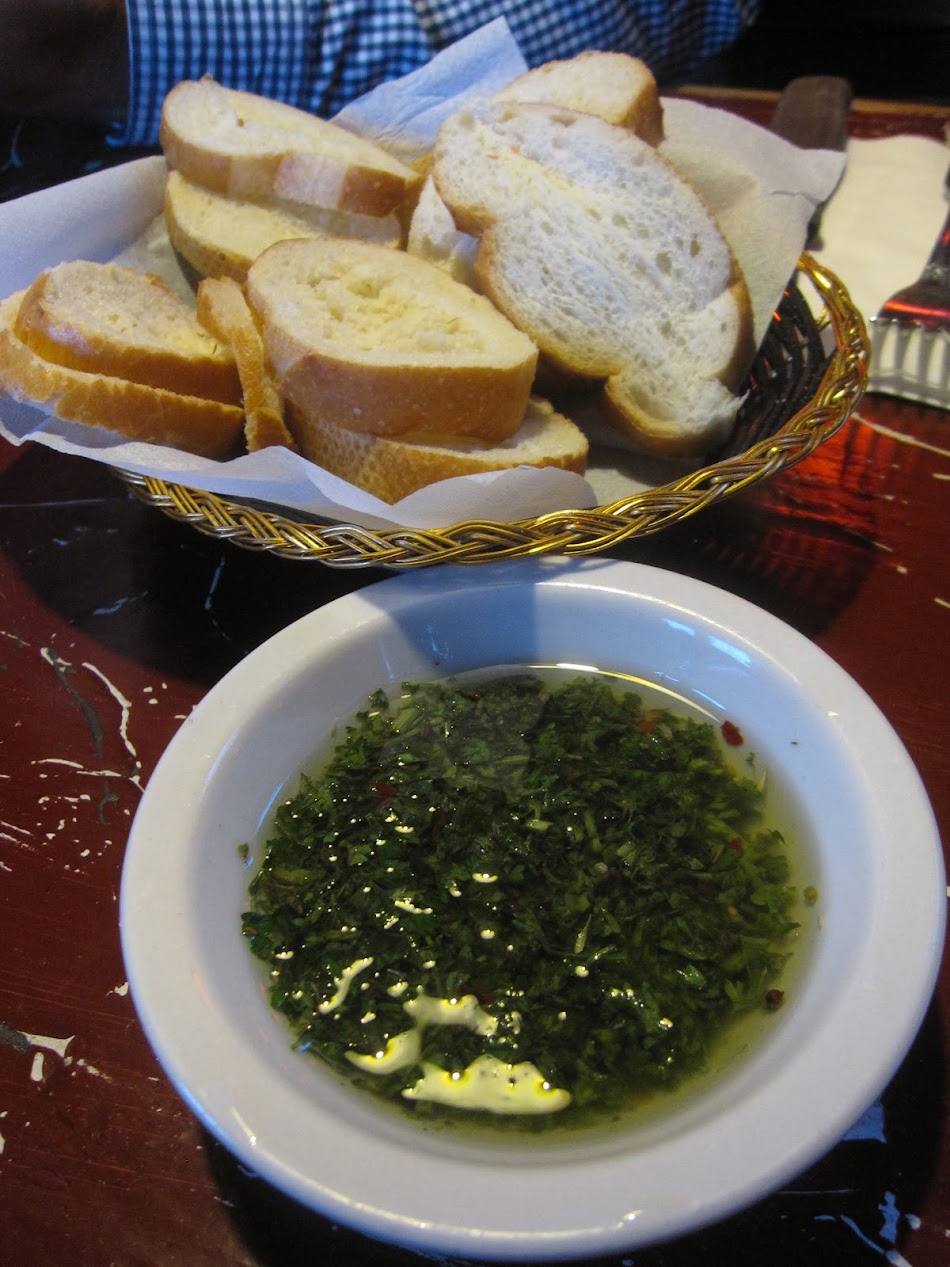 The oil was garnished with fresh parsley and the combo was amazing! The three of us couldn't stop dunking the bread in there. 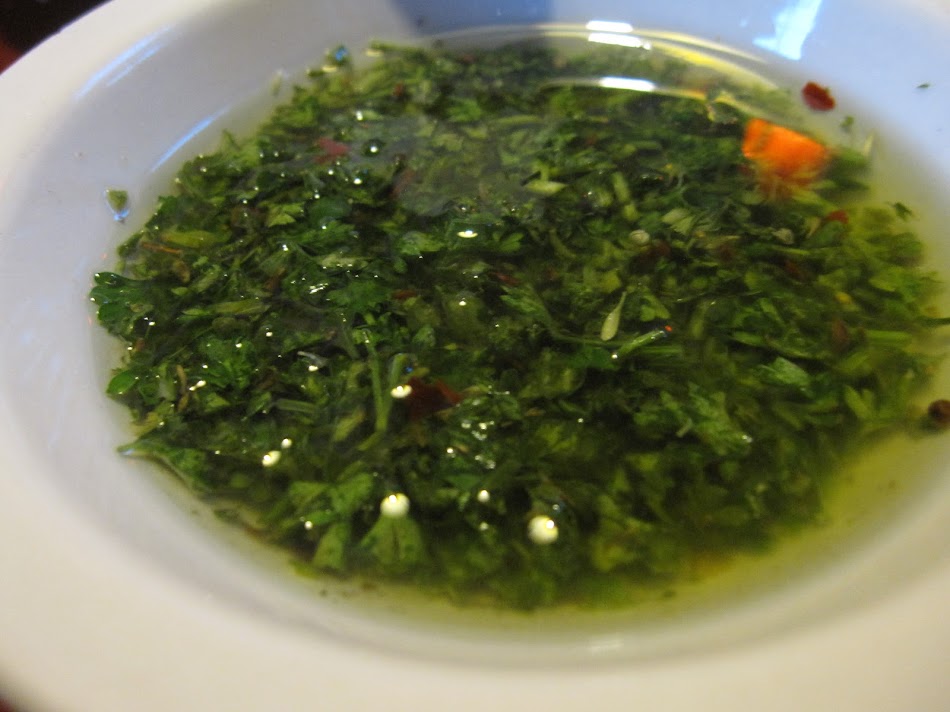 To begin, we each enjoyed a glass of LaLa's own Malbec. I'd highly recommend this vino choice. 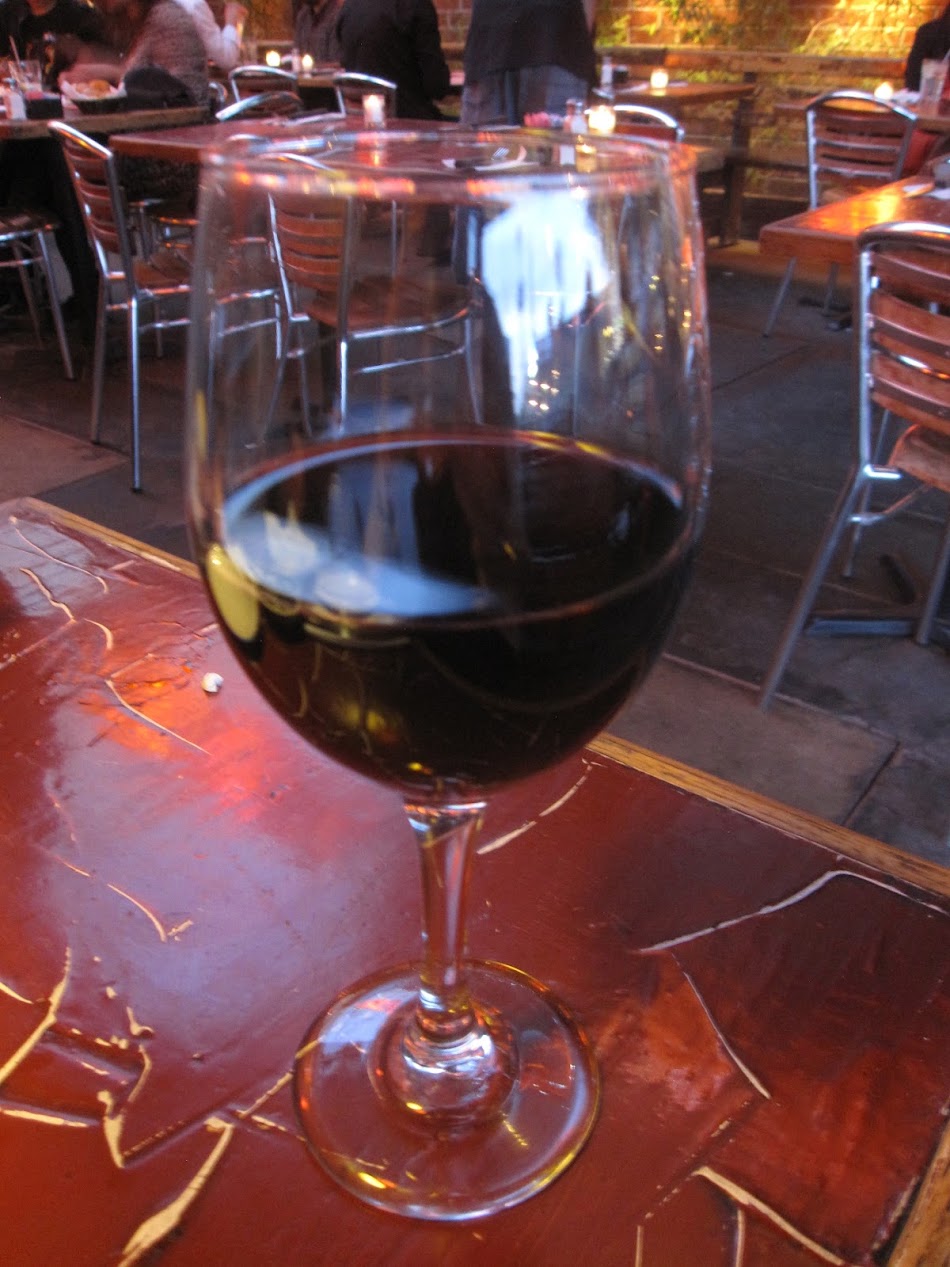 We ordered two appetizers and the first to arrive was the tortilla de zapallitos, an omelette of zucchini and onions. This version of tortilla was not as firm as I am used to from Spanish tapas places (Spanish as in Spain). Also, the onion flavor was very overwhelming. 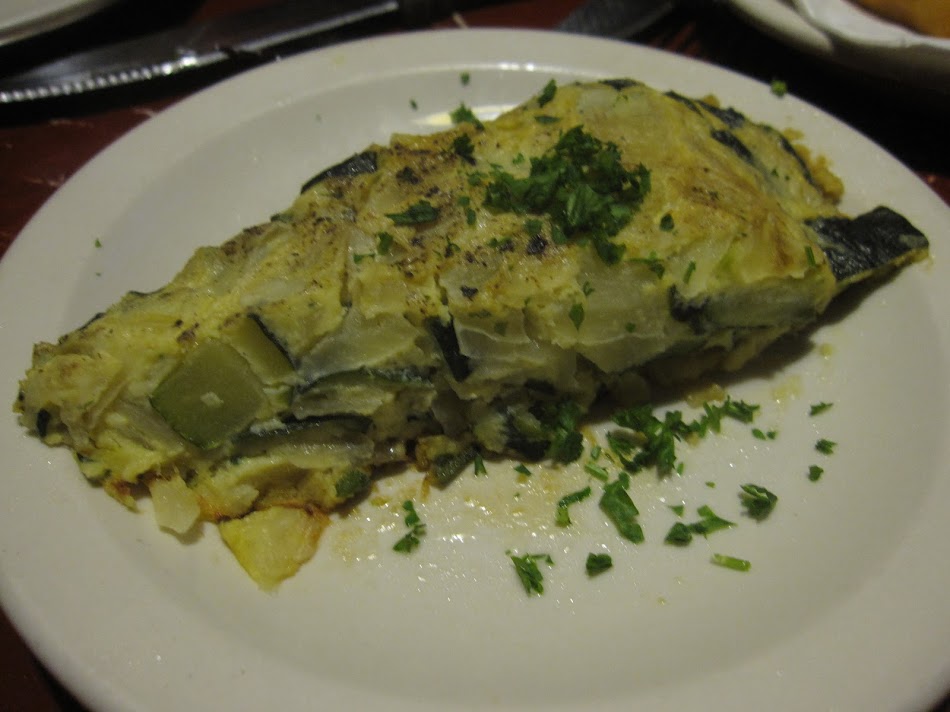 Next we shared the empanada combo plate. LaLa's has five flavors of empanadas. The combo plate comes with four and you can choose which flavors you'd like for your four little pouches. We tried the beef, the chicken, the ham and cheese and the spinach. 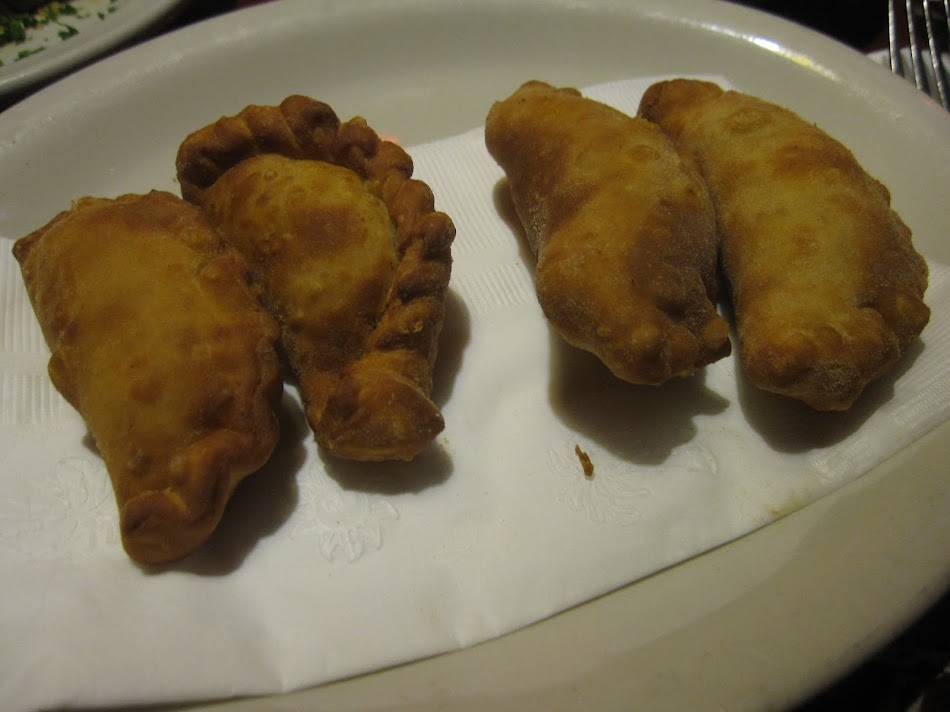 These were quite tasty and boy did we make them disappear!

My dining companion ordered the Entrana (skirt steak). LaLa's boasts that all of their steaks are aged a minimum of 25 days. 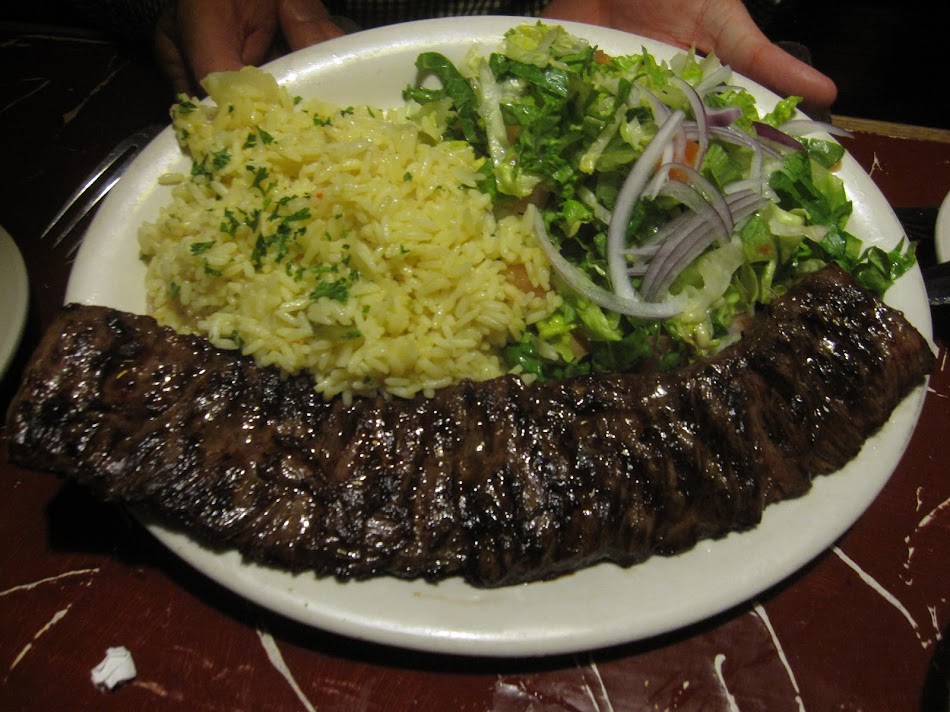 The steak came accompanied with a generous scoop of rice and a side salad. After a few bites, he said, "This steak is so tender! It could use a little salt, but still, very good."

Though LaLa's is a steak house, they have an entire vegetarian section of the menu. For my entree I decided on the penne salsa blanca (pasta with cream sauce). 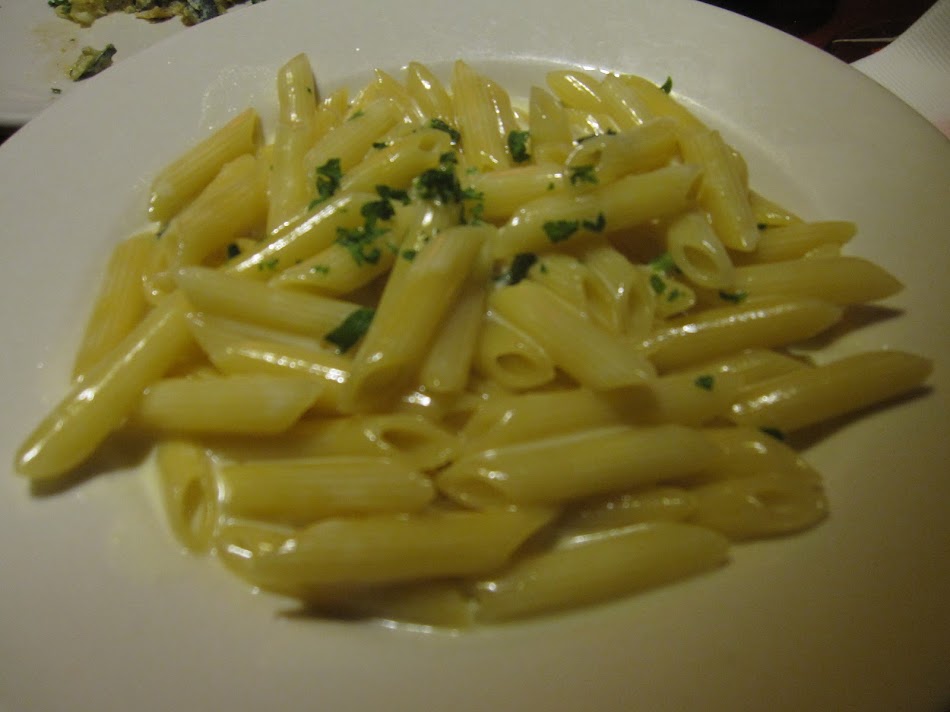 The pasta was cooked perfectly and the cream sauce was surprisingly light. The sauce had excellent flavor. You could definitely share this dish between two people.

We didn't linger at LaLa's because we were meeting up with friends after dinner, but I could totally see spending the whole night there drinking Argentine wine and nibbling on round after round of delicious food. 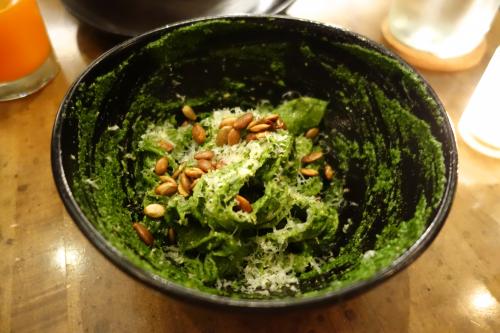 I have been on the road for most of October and November, traveling for work. Last week I spent three days in Los Angeles and was lucky to sneak in one dining out adventure in between meetings and events.  I was staying at The Standard in West Hollywood, which is just steps from Chateau Marmont, a huge celebrity hangout. I did not see anyone famous during my stay, though my eyes were peeled the entire time. 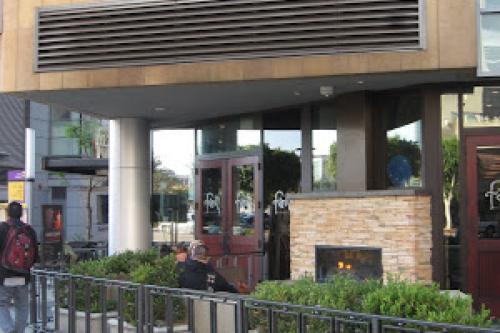 Dining Out: The Farm

The Los Angeles adventures continue! Are you enjoying having your own, private, L.A. tour guide? I hope so. 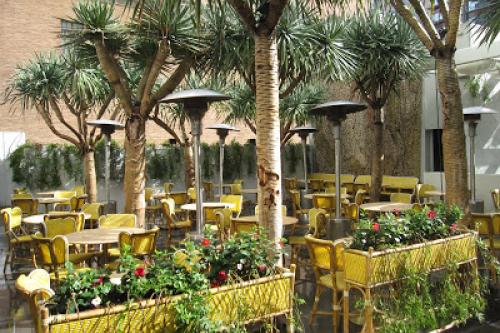 It's my final Los Angeles blog post! I don't want the reminiscing to end! Wah.