Though she was a fantastic hostess at the Golden Globes, I have never been all aboard the Tina Fey train. I didn't watch her when she was a cast member on "Saturday Night Live." I've watched two episodes of "30 Rock," both of which I found too strange to be funny and I saw "Baby Mama" and did not laugh a single time.

That being said, I kept reading great reviews of Tina's book "Bossypants" and I had several friends read it and promise me I would love it. I picked up the book in November and finally got around to reading it. I started reading "Bossypants" on the bus on the way into work. I knew I had been converted to a Tina Fey fan when I read this passage (below) and busted out laughing. Yes, I laughed out loud from a book on the public bus.

In this scene Tina is talking about how her parents had her when they were much older and as such, they always treated her with extra TLC. She thought that was the way of the world until one fateful day in kindergarden:

"While my parents talked to the teacher, I was sent to a table to do coloring. I was introduced to a Greek boy named Alex whose mom was next in line to meet with the teacher. We colored together in silence. I was so used to being praised and encouraged that when I finished my drawing I held it up to show Alex, who immediately ripped it in half. I didn't have the language to express my feelings then, but my thoughts were something like, 'Oh, it's like that, motherfucker? Got it.' Mrs. Fey's change-of-life baby had entered the real world."

I also knew Tina and I were kindred spirits when she wrote about the summer her high school boyfriend dumped her for a hot blond. She writes:

"I took a job as the night box office manager at Summer Showtime because my eleventh-grade boyfriend said we'd have fun there. He promptly broke up with me to date a hot blond dancer girl to whom he is now married, God bless us everyone."

Tina! You get me.

In the chapters about Tina's big break and her rise to fame, she is always clear to state how much she loves improv and how that has really been the root of her flourishing success. She shares:

"The rules of improvisation appealed to me not only as a way of creating comedy, but as a worldview. Studying improvisation literally changed my life. It set me on a career path toward 'Saturday Night Live.' It changed the way I look at the world, and it's where I met my husband. What has your cult done for you lately?"

Of course there is an entire chapter devoted to Tina's role as Sarah Palin on "Saturday Night Live" which turned her into a viral sensation. As it turns out, Tina wasn't even a member of the cast at the time. She was already working full time on "30 Rock." According to the book, the general public started posting everywhere that Tina would make an awesome Sarah Palin. Never one to ignore the public's demands, Lorne Michaels called her in and told her she had to come in do it. I don't know about you, but I definitely didn't realize she'd already left the cast at that point.

In the book Tina opens up about a her family life - both her marriage and the birth of her first child, Alice. What I found so sweet was that in every story Tina shared about her career - "Saturday Night Live," the creation of "30 Rock," the casting of Alec Baldwin and the sensation that became her Sarah Palin impersonation - she always remembers exactly how old her daughter was, what they loved to do together at the time, what theme her birthday party was that year, etc. For Tina, every work milestone is also tied to where her daughter was at the time and how her daughter played a role in those events. I found that so touching.

Speaking of Tina's daughter, the book ends with a prayer Tina writes for her daughter. I was laughing so hard I couldn't breathe.

"The Mother's Prayer for It's Daughter:
First, Lord: No tattoos. May neither the Chinese symbol for truth nor Winnie-the-Pooh holding the FSU logo strain her tender haunches.

My she be Beautiful but not Damaged, for it's the Damage that draws the creepy soccer coach's eye, not the beauty.

When the Crystal Meth is offered,
May she remember the parents who cut her grapes in half
And stick with Beer."

And it goes on. For two more pages.

Like I said, before reading "Bossypants" I was not what you'd call a Tina Fey fan. After reading her book I now have a total girl crush. Tina is smart, clever, sassy, creative, a caring spouse and a devoted mother. What I loved most is Tina's loud and proud commitment to the success of other women. On several occasions she talks about what it's like to be a woman in comedy (they are the minority, in case you were wondering) and how she makes conscious efforts to support and applaud other women. Girl power!

Did you read Tina's book? What did you think?

Hey, this day is too much good for me, since this time I am reading this enormous informative article here at my home. Thanks a lot for massive hard work. eliminar gotele zaragoza

END_OF_DOCUMENT_TOKEN_TO_BE_REPLACED

Los Angeles Times writer Amy Kaufman takes readers behind the scenes of The Bachelor, revealing the show's juiciest secrets. You won't be able to put this down. 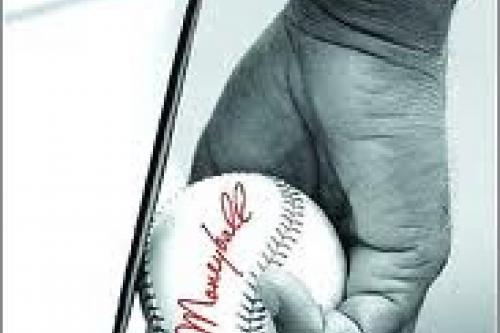 While studying abroad in Spain in 2005, one of my fellow travelers was reading Michael Lewis'