I love Rob Sheffield. In addition to being a contributing editor to Rolling Stone, he is also the author of one of my favorite books, "Love Is A Mix Tape."

After reading his first book, I pre-ordered the second, "Talking To Girls About Duran Duran."  I loved that second book just as much, and it cemented my adoration for Sheffield. His writing is this delightful swirl of pop culture references, self-deprecating humor and a poignancy that just reaches in and squeezes your heart.

His new book, "Turn Around Bright Eyes" is about his obsession with karaoke. Given his entire career has been devoted to music, this is no surprise. 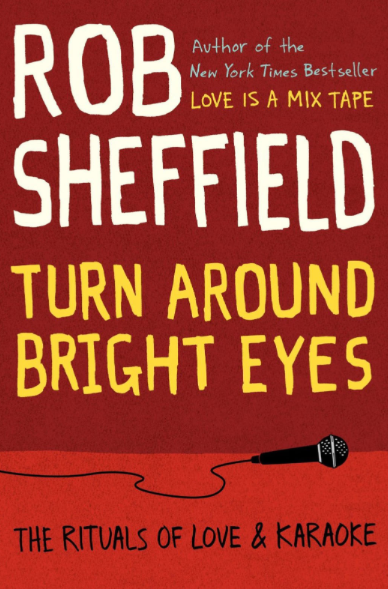 Each chapter looks at karaoke through a different lens - his wife's bachelorette party, his performance at a rock band camp (more on that later) or how karaoke has become a staple in Hollywood movies. On that last topic he writes:

"The karaoke scene also became popular trope because there are so many different ways to play it. I can be slapstick, as in Shrek or Rush Hour 2. It can be sensitive, like Ewan McGregor singing, "Beyond the Sea" with Cameron Diaz in A Life Less Ordinary, or ominous like Jim Carrey doing "Somebody to Love" in The Cable Guy. It can be romantic, as in 500 Days of Summer. Or it can be totally inane, like Gwyneth Paltrow and Huey Lewis in the "karaoke king by day, serial killer by night" drama Duets. And yes, that one really happened.

It just goes to show how people were jonesing for karaoke to hurry up and arrive, without even realizing it. (In When Harry Met Sally, they didn't even have the word karaoke - they had to call it a "singing machine.") Every teen film of the eighties would have been so different if karaoke had existed. Consider the Duckman. If Pretty in Pink had been made a few years later, when he would have enjoyed access to karaoke equipment, Duckie wouldn't have to settle for lip-synching "Try a Little Tenderness" in the record store for Molly Ringwald. He could have sung his own version. But karaoke was about to take off like a dirty shirt."

I totally geek out at the way he can just spit movie references like that. We're pop culture kindred spirits!

Though I felt the book wandered at times and it was hard to remember how or why we arrived at a certain topic, the humor of his writing always drew me back in. In one chapter he talks about a week he spent in California at a rock band fantasy camp. I was reading this portion on a flight to California (go figure) and I laughed out loud at this line:

"Over the next week, I will join a band. I will play the tambourine, which will leave gruesome purple bruises all over my thighs. It turns out that the tambourine is actually incredibly fucking hard, like so many other stupid things that look insulting simple."

When I finished the book, I was reading through the acknowledgements and I was thrilled to see Sheffield give props to one of his former Rolling Stone colleagues, Doree. I happen to know her because I used to have an embarrassingly obvious crush on her younger brother, who as luck would have it, was a major karaoke addict.

I will never forget, I was visiting my cousin in New York City and she got a text from said younger brother, asking us to join him and his buddies at a karaoke bar. He wanted us to rush to get there before he took the stage. We made it just in time and he got up in front of a packed room and belted out Meatloaf's "I Would Do Anything For Love." My twenty two year old heart swooned.

Whether you love it or hate it, karaoke has infiltrated TV, movies and probably your local bar. Pick up a copy of "Turn Around Bright Eyes, grab a stool and listen to Sheffield rock the mic.

I've read his first two books. I loved the first one, and drudged through the second. How do you rate the three? I feel like the karaoke theme could win me over.

I'd rate them in the order they were published. Love is a Mix Tape is the strongest, followed by Talking to Girls and then Turn Around. I'll happily loan you my copy.

END_OF_DOCUMENT_TOKEN_TO_BE_REPLACED 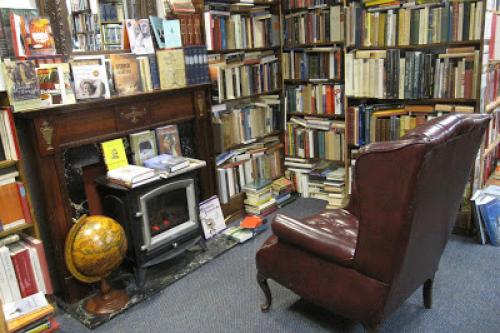 I have been working in downtown Boston for just over six months and every time I walk from my office to the Park Street T stop I pass a bookstore in a tiny alley. I've always wanted to go in, but typically when I am leaving work I am rushing to meet someone. 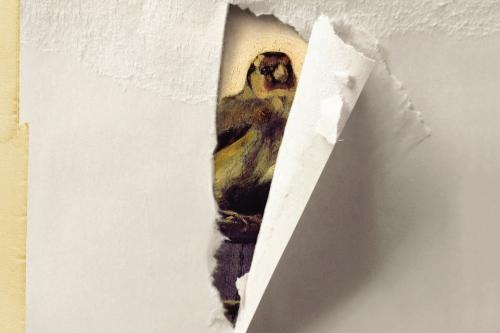