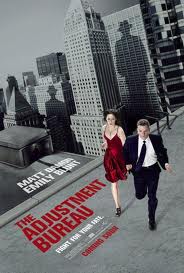 Confession: I have been in love with Matt Damon since the 8th grade. He was my first celebrity crush, ignited by his starring role in "Good Will Hunting." I'd pretty much see any movie that featured him, but when I saw the trailer for "The Adjustment Bureau" I genuinely thought it looked great, crush aside.

This morning I met a friend for the 11:30am showing at the Harvard Square theater (hello, $6 matinee!). I was expecting the movie to be a heart-pounding thriller and was pleasantly surprised that in addition to the anxiety-producing chase scenes, the film also had a superb, ironic sense of humor.

The film stars Matt Damon as David Norris, a young, handsome boy from Brooklyn chasing a New York Senate seat. He is hyper focused on his ultimate goal until he meets Elyse in the bathroom of the Waldorf Astoria Hotel. This was one of the wittiest, sexiest scenes I have seen in a movie in a long time! 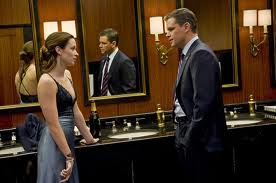 Elyse, played by Emily Blunt, is a dancer who pushes David to be more authentic and brings out a side of him that no one else can. The writers who scripted the David/Elyse scenes deserve a standing ovation. The dialougue fueled by their chemistry is brilliant. 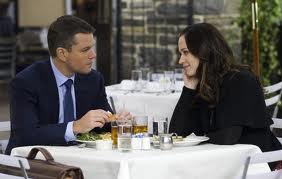 It turns out, their romance isn't in "the plan." This plan, pre-determined by the bureau, is course-corrected every time a person makes a decision that may disturb the end result. Damon's character David winds up catching the bureau mid-adjustment, a moment that dramatically changes his life. He spends the next three years trying to assert his own free will over the bureau. 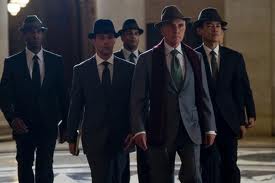 I don't want to give the plot away, so let me just say - this is an exceptional movie. Damn returns to his Will Hunting, charmer roots and shines as the up and coming politician. 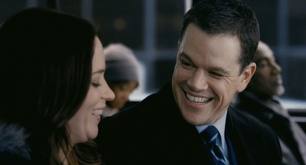 Blunt is mesmerizing as the beautiful, free spirit who sets David free. John Slattery and Anthony Mackie lead the menacing, but ultimately merciful, Adjustment Bureau. For all you political junkies, there are several fun cameos including Jon Stewart, James Carville and Michael Bloomberg.

"The Adjustment Bureau" is the perfect combination of fear and fun. Highly recommend!

END_OF_DOCUMENT_TOKEN_TO_BE_REPLACED

"My Big Fat Greek Wedding" came out in August 2002 (it was the summer before my freshman year of college) and I went to see it with one of my best childhood friends. We laughed throughout the entire movie and agreed that if it had been called "My Big Fat Jewish Wedding" not much would have changed. Jewish families and Greek families center around the same same three things - food, noise and guilt.

Scarlett Johansson and Adam Driver co-star as a couple beginning the process of getting a divorce. 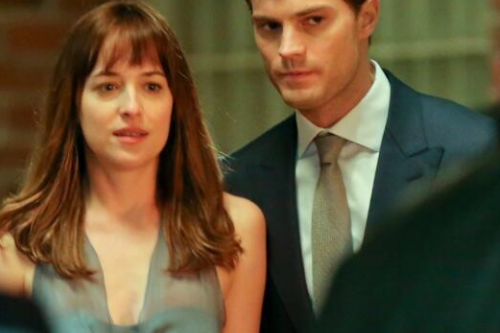 This afternoon, three friends and I ventured out into the arctic tundra to warm up with "Fifty Shades of Grey." After fighting our way into parking spots, we shared a delicious meal at Earls at Assembly Row before heading into the movie.