Rental Review: Into The Woods

I had a quiet winter, but my travel schedule is picking up. To prepare myself for the long hours at airports, on planes and on trains, I download movies.

On my last trip, I prepped by securing "Into the Woods" for my flight. I had wanted to see it over the holiday break in December, but my parents convinced me to see "Birdman" instead. I'm still recovering from the weirdness of that film (you can read my review here).

"Into the Woods" has a very special place in my heart. In high school one of my closest friends was one of the undisputed stars of our school's theater department. He was cast in nearly every play and musical. He even got to direct one senior year. He went to college at NYU and his senior show was "Into the Woods." That show always reminds me of my trip to New York City to see him absolutely shine. I get misty just thinking about it!

In this film adaptation of the Stephen Sondheim classic, James Corden and Emily Blunt star as the baker and the baker's wife. James Corden (an unknown to me) has taken over for Craig Ferguson as the host of the "Late Late Show" on CBS. In his role as the baker he was equal parts nervous, frightened and hopelessly devoted to his wife. 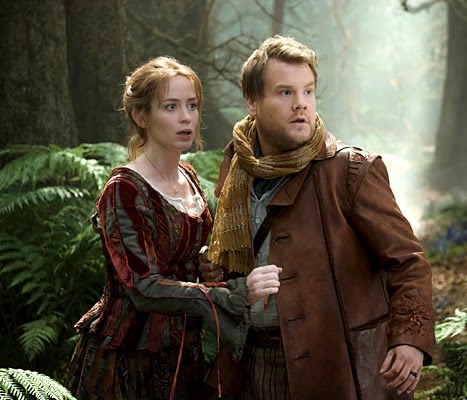 Emily Blunt inhabited the role of the baker's wife expertly. She was desperate for a child and undeterred by the countless obstacles in her way. She shared great scenes with both Cinderella and Prince Charming (more on that in a minute). I had forgotten about the ending for the baker's wife. It surprised me all over again. 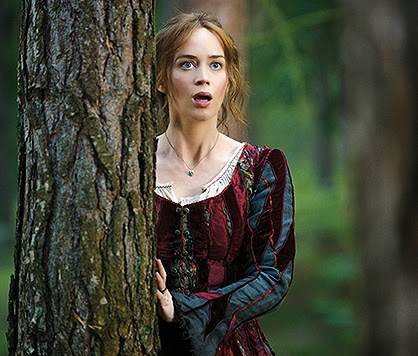 The baker and his wife meet many people in the woods, but let's start with Anna Kendrick as Cinderella. I love Anna Kendrick and this was a fun part for her. She got to use her "Pitch Perfect" singing chops and got to marry Chris Pine. Win-win. 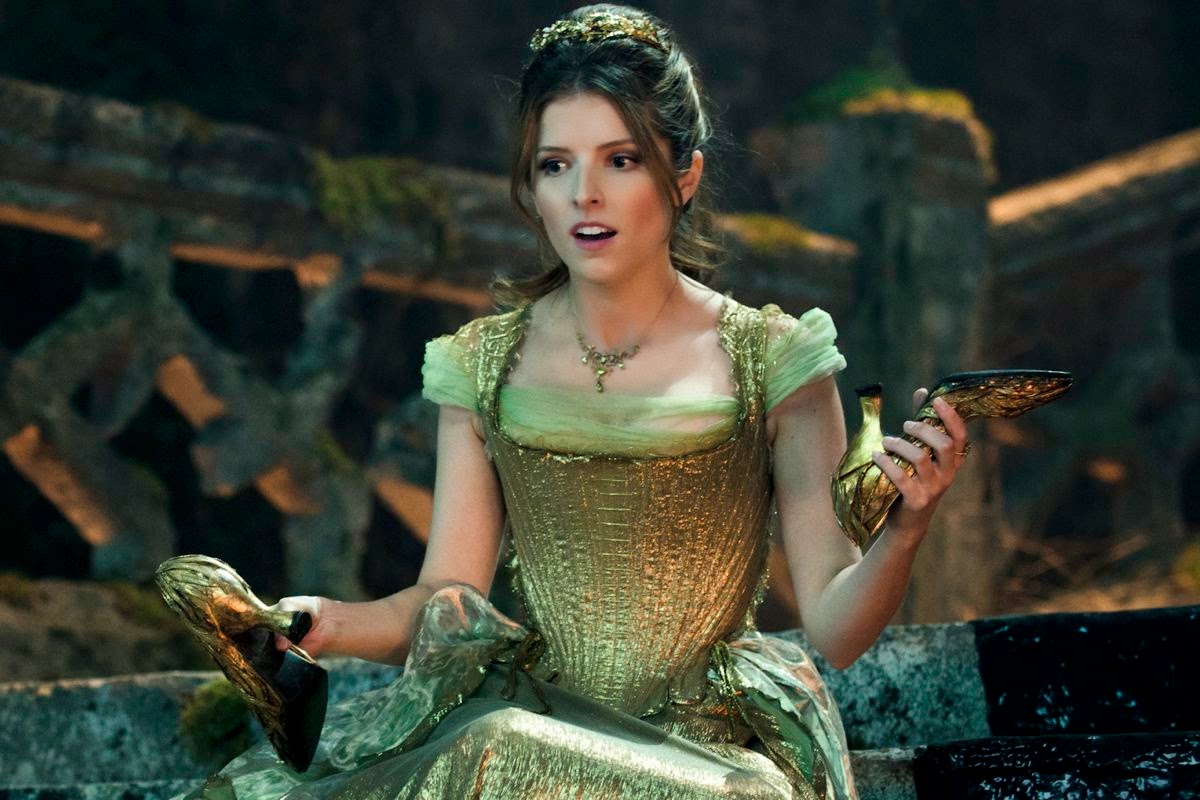 Chris Pine plays Prince Charming (excellent choice) and when he sings the number "Agony" alongside Rapunzel's prince (played by Billy Magnussen) I was dying laughing and melting at the same time. A coworker, who is also a musical theater geek, told me this was her favorite number in the movie and I have to agree! 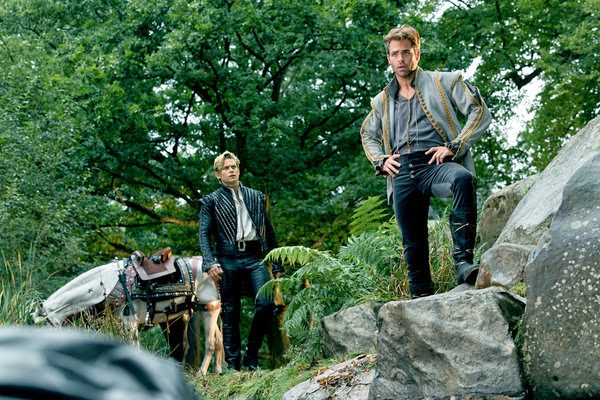 There were so many side story lines going on - Johnny Depp as the wolf and Lilla Crawford as the precocious Little Red Riding Hood, Daniel Huttlestone as Jack (and the bean stock) and Meryl Streep as the witch - just to name a few. Is there anything Meryl can't do? 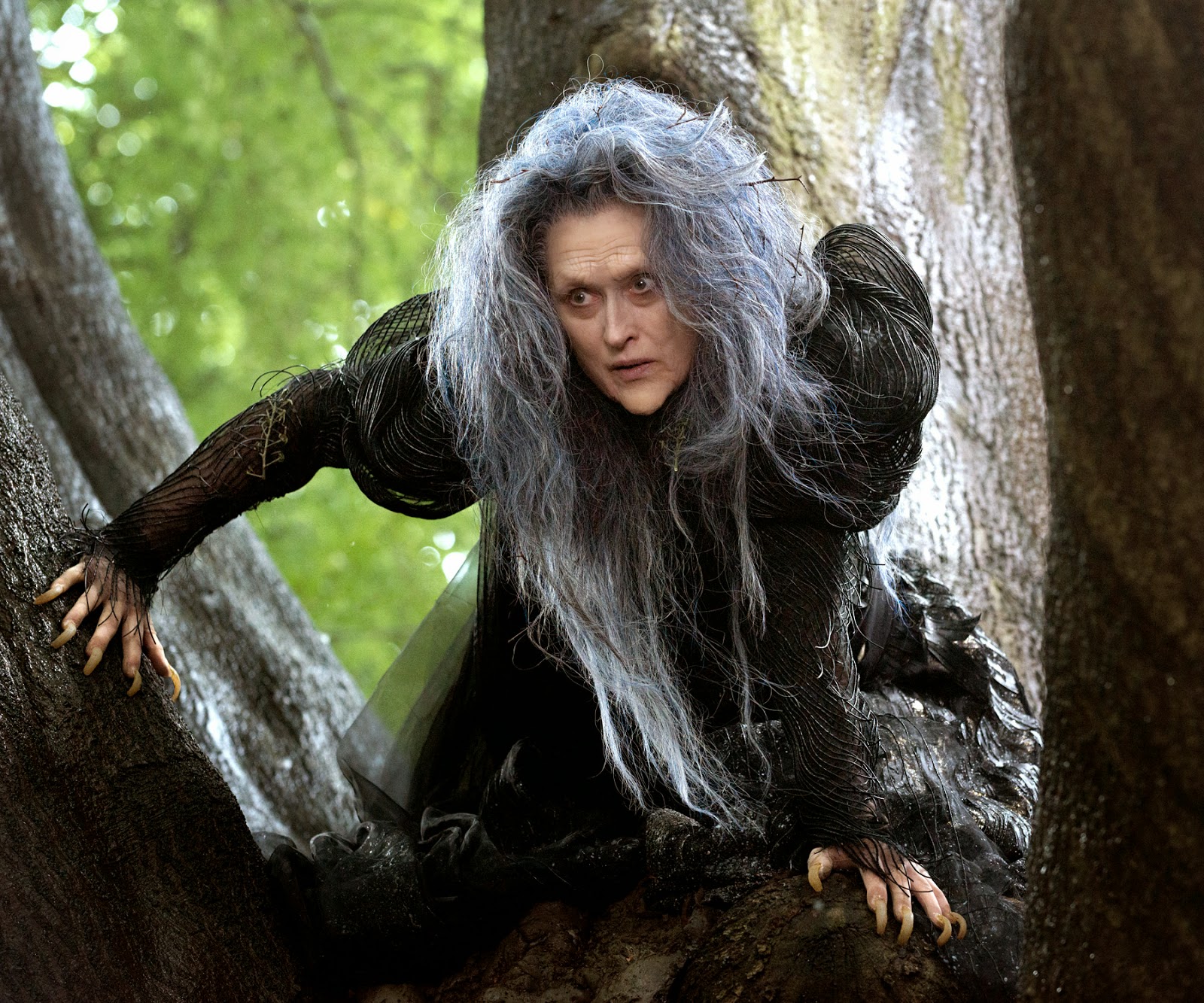 It was fun to see the often serious Meryl in such a larger than life role. Blue hair? Long nails? Musical numbers? This was so much better than "Mamma Mia." 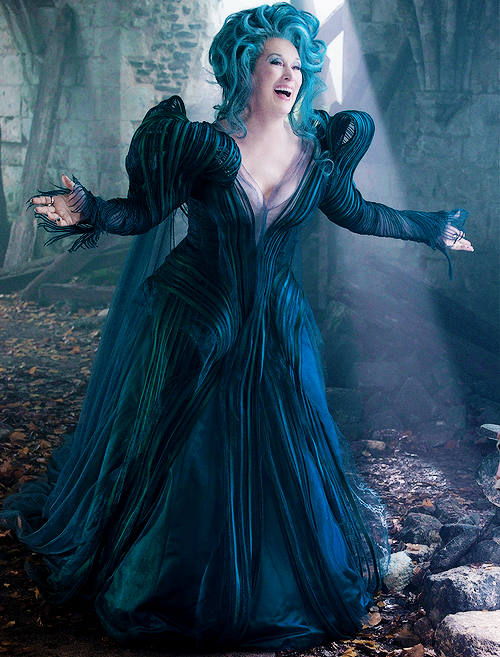 "Into the Woods" superseded my expectations. The all star cast, the magical sets, the exquisite costumes and the catchy tunes really draw you in and keep your attention for the entire flight. I mean, movie.

If you're looking for a movie to help you survive your next trip, this is it!

I loved Into The Woods and I was also cracking up at that scene with the two princes singing by the river. Such a fun movie!

It was the perfect plane movie! Totally captivating.

END_OF_DOCUMENT_TOKEN_TO_BE_REPLACED 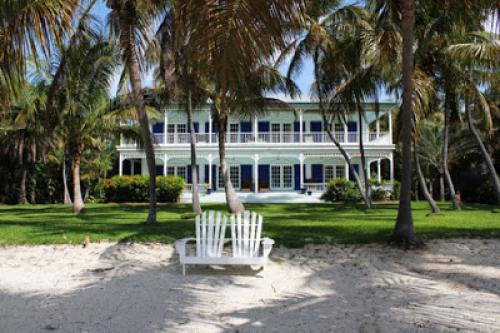 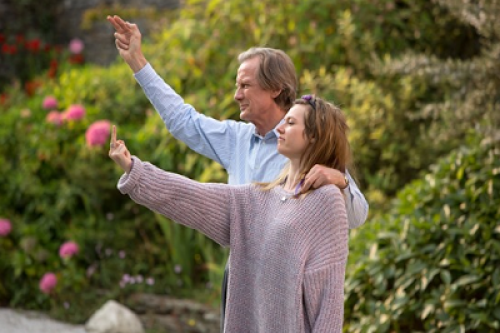 Yesterday I had the ultimate girls day. It started when a friend picked me up at 9:00am and we headed to Sofra to grab breakfast. We then drove to pick up our third musketeer and headed south to the Wrentham Outlets. After four and a half hours of non-stop shopping, we zooted over to one of our old favorites near our alma mater, El Azteca, for lunch and margaritas.