A few weeks ago I read a post on Urban Daddy announcing that a new restaurant would take over the space formerly occupied by Match Burgers & Martinis at the corner of Mass Ave and Newbury Street. I immediately made plans to check it out with two of my best girlfriends. Unfortunately, three consecutive snow storms later, we'd rescheduled three times! Tonight, we finally made it!

94 Mass Ave looks very similar to it's predecessor, Match. They kept the sleek fireplace, the dim lighting and the dark wood tables. 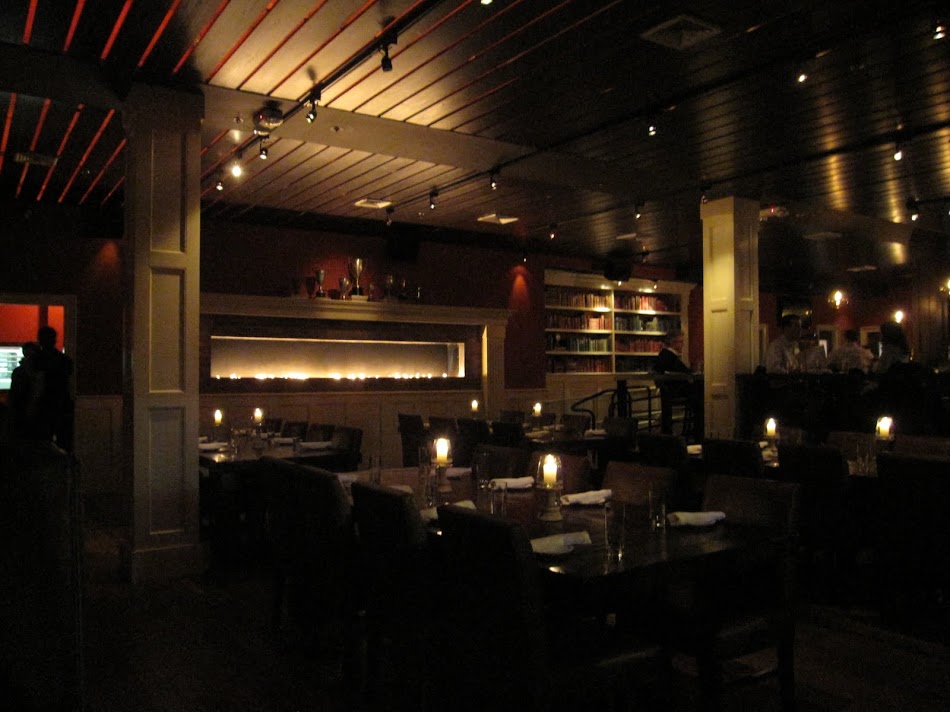 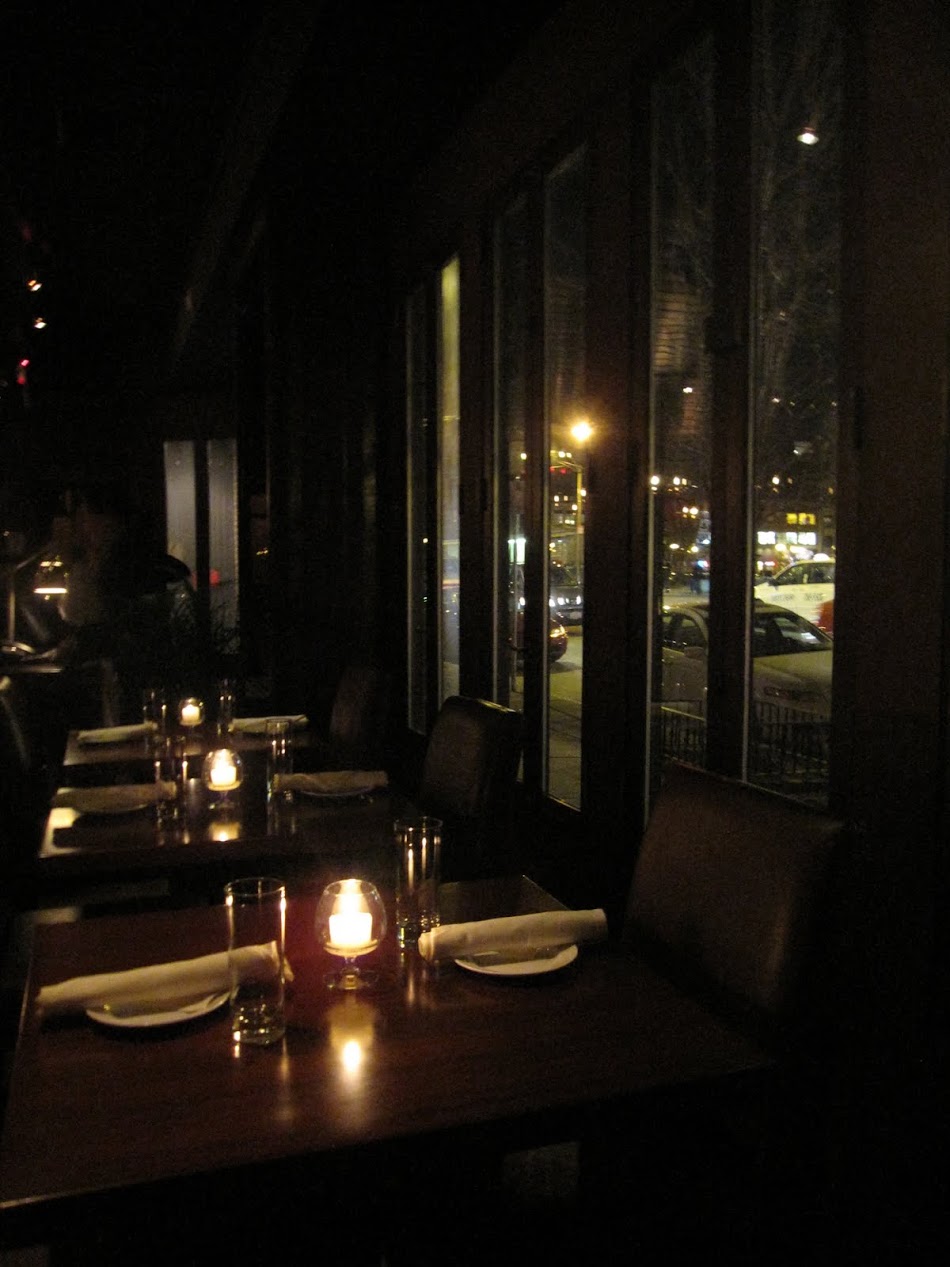 We were seated in a round, leather booth in the front corner of the restaurant which was very cozy. It took us a while to decide what to order because the menu is small plates meant for sharing, and everything sounded amazing! We weren't sure what the serving sizes were, so we had to ask our waiter for guidance. 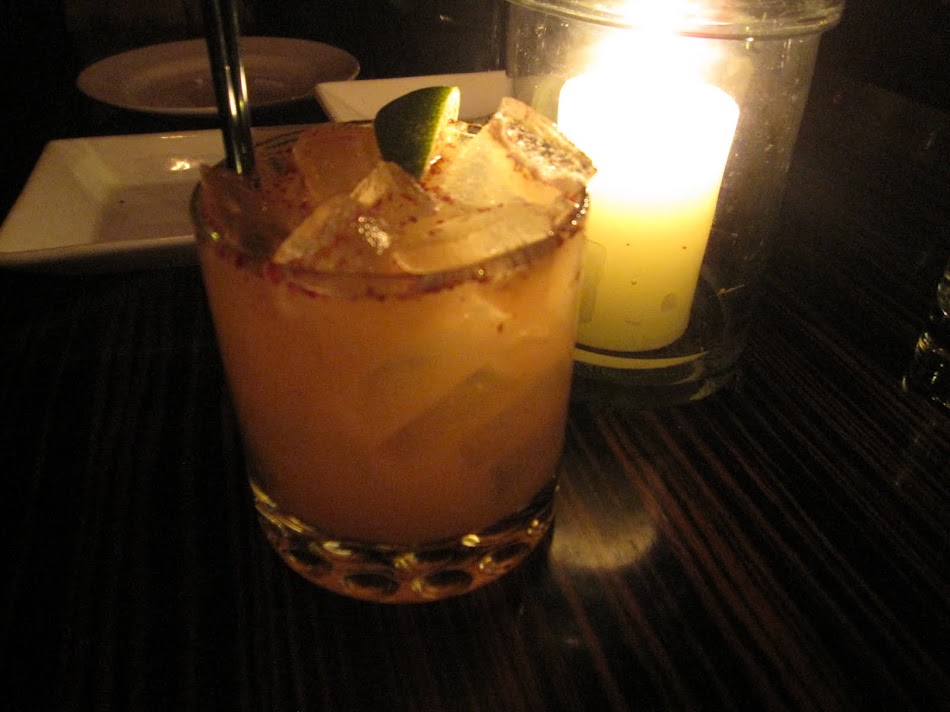 While sipping our drinks, we decided to order a plethora of menu items to get a real feel for the food. We started with the bruschetta which is slow roasted tomatoes and herbed goat cheese spread on grilled sourdough. It was delicious! 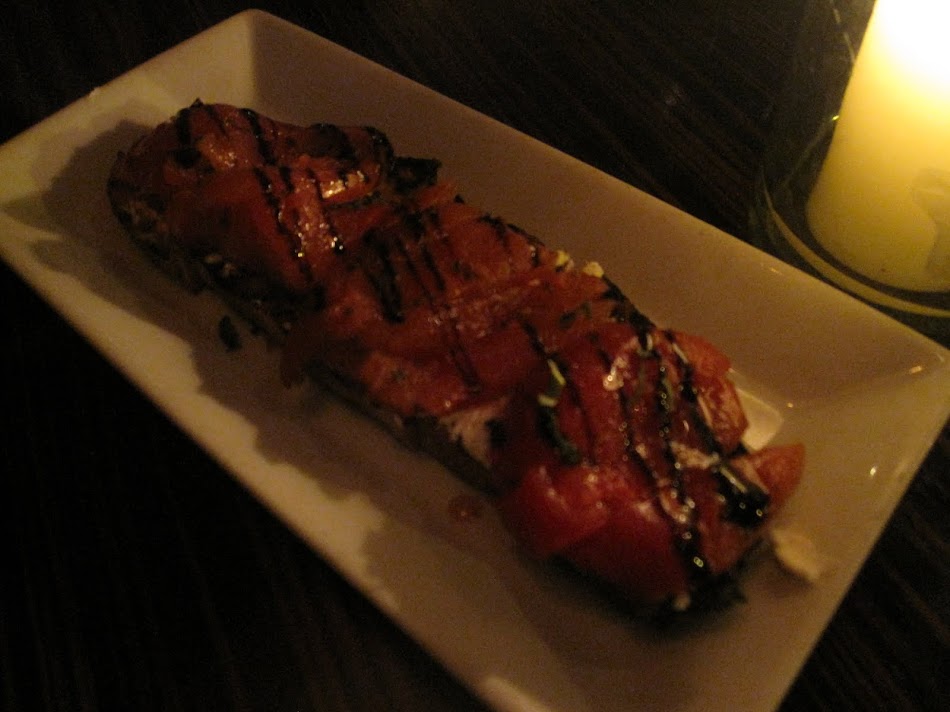 Next we sampled the hand rolled meatballs, which looked just like grandma makes. 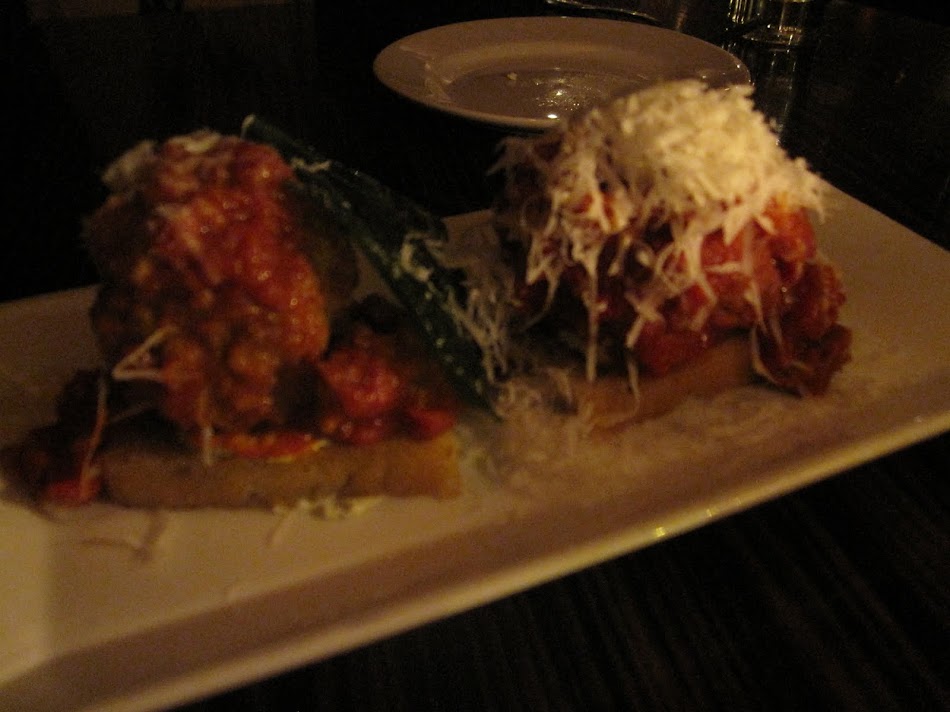 We couldn't resist the crispy fried tater tots which came with a blue cheese dip. They were perfectly crunchy on the outside and wonderfully warm on the inside. 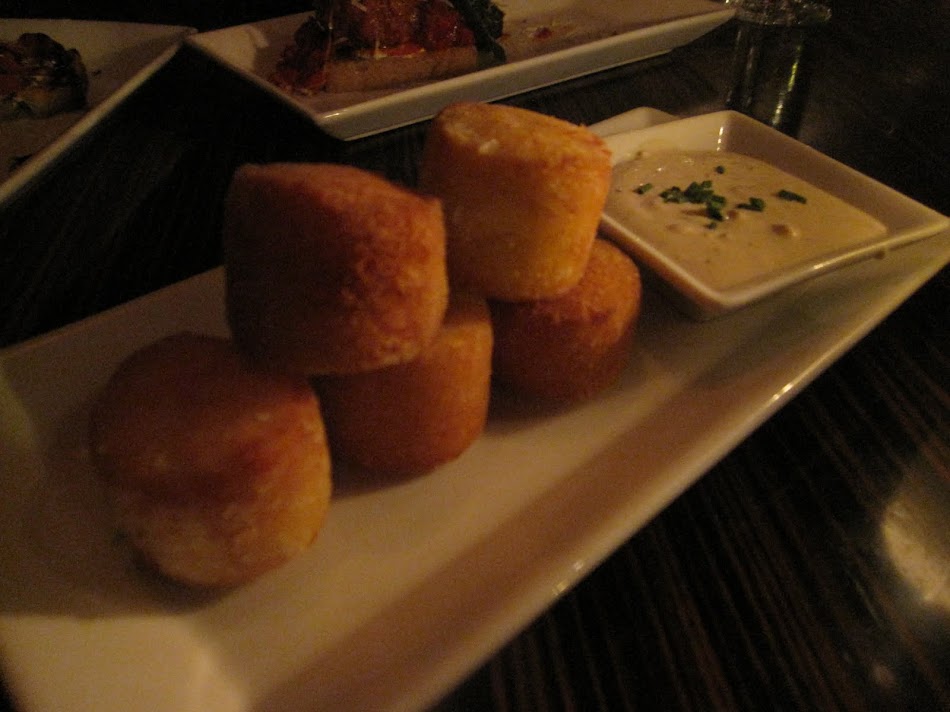 At our waiter's recommendation, we also ordered the zucchini carpaccio, which was shaved zucchini with red onion, fried capers, romano cheese, lemon and olive oil. It was fresh and surprisingly full of flavor. We gobbled it right up! 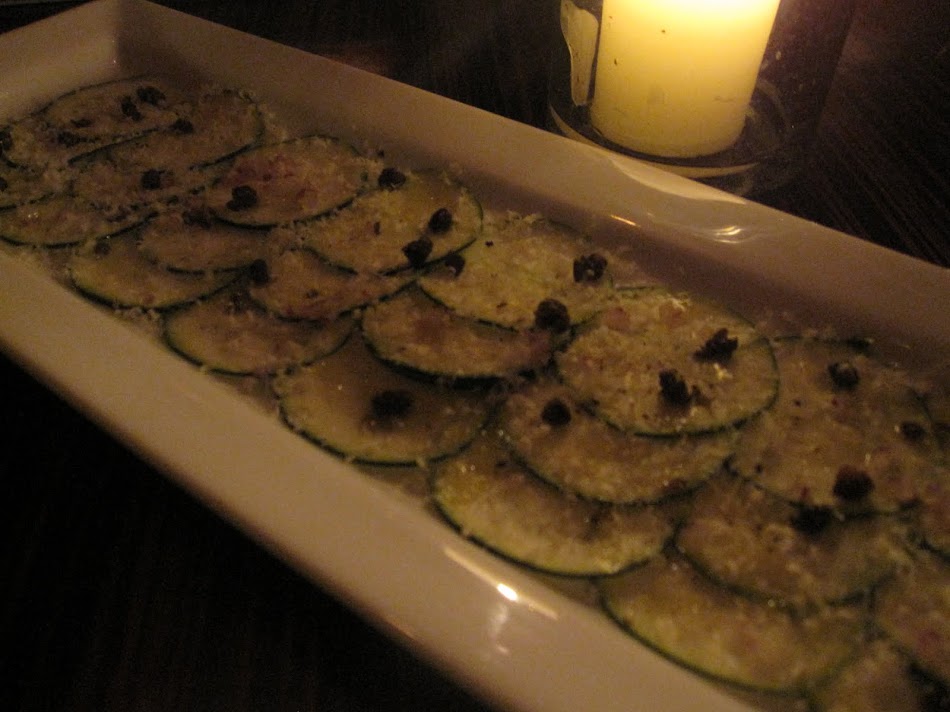 Next we indulged with the lobster grilled cheese which came on brioche and served with a mini tea cup full of lobster tomato bisque. The presentation was adorable! The girls could not stop praising this plate! I haven't heard "oh, wow" repeated so many times at any other dinner! 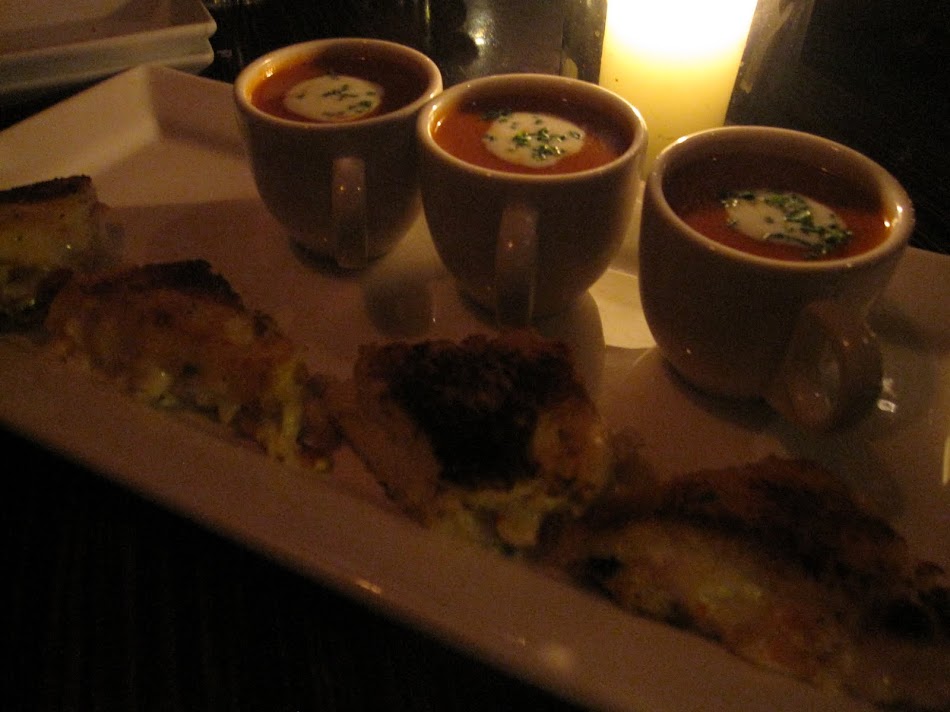 Our last dinner pick was the cheese fondue which came with a very generous portion of cubed bread. I have eaten a lot of cheese fondue and I have to say, this was among the best I've tasted! We did everything we could to soak up every last drop! 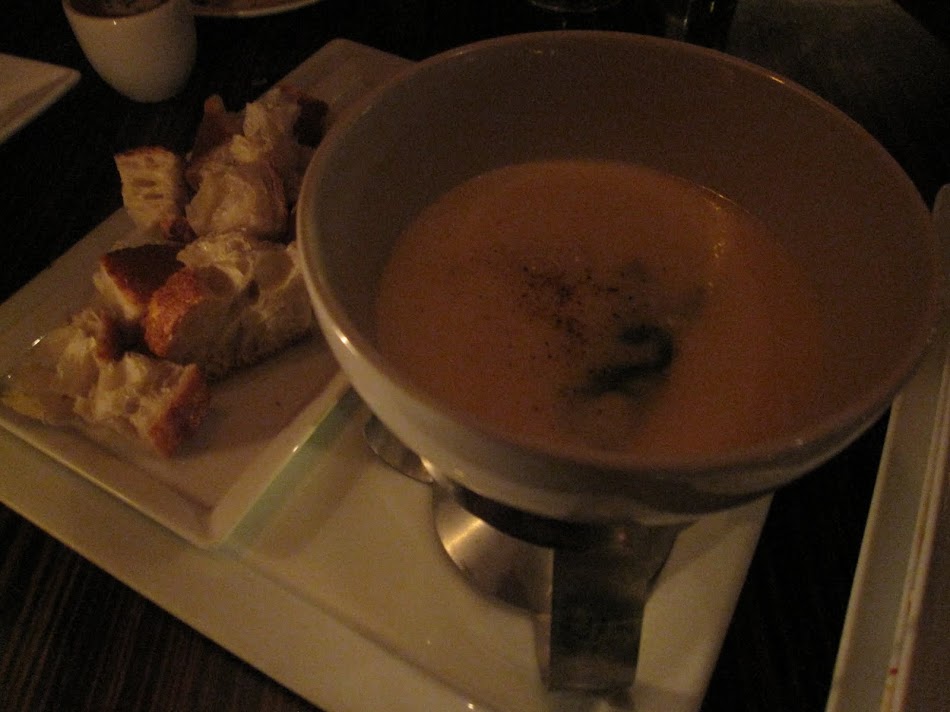 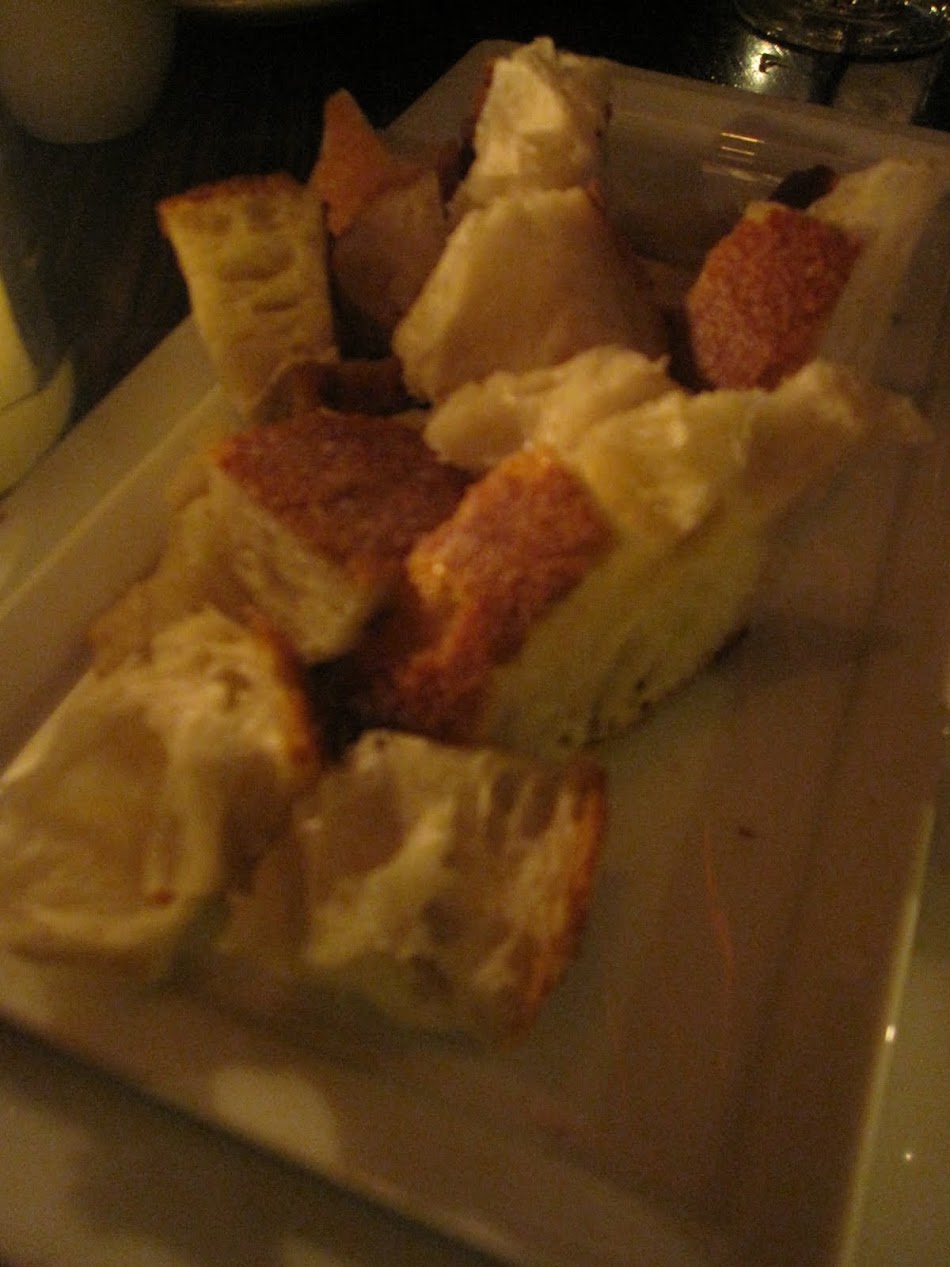 As our plates were being cleared the manager stopped by our table to ask if we had tweeted about coming to the restaurant tonight. We confirmed that we had and she thanked us for doing so. When our waiter returned to the table to check on us, he let us know that the manager would like to offer us a round of drinks on the house! See, Twitter nay sayers. You could be drinking for free.

Once our second round arrived, we felt ready for dessert. We ordered two treats: the profiteroles and the chocolate molten cake.

The profiteroles were the typical puff pastry stuffed with ice cream, but this version also had caramelized bananas! It was heavenly! 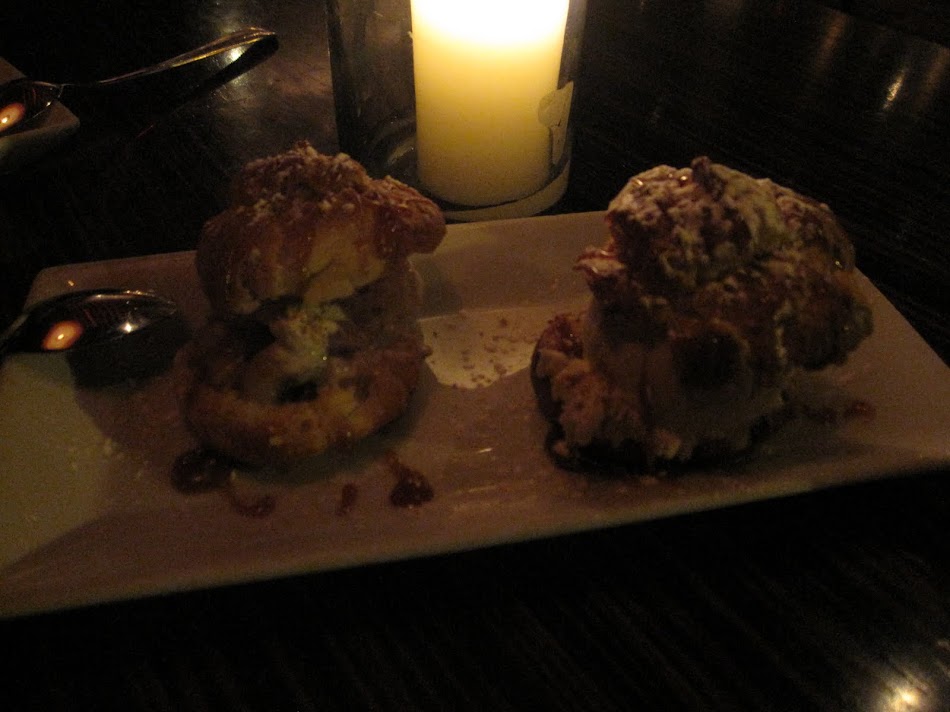 The perfect ending to the meal was the molten chocolate cake topped with vanilla bean ice cream. I am a serious chocoholic and I thought this cake was divine. 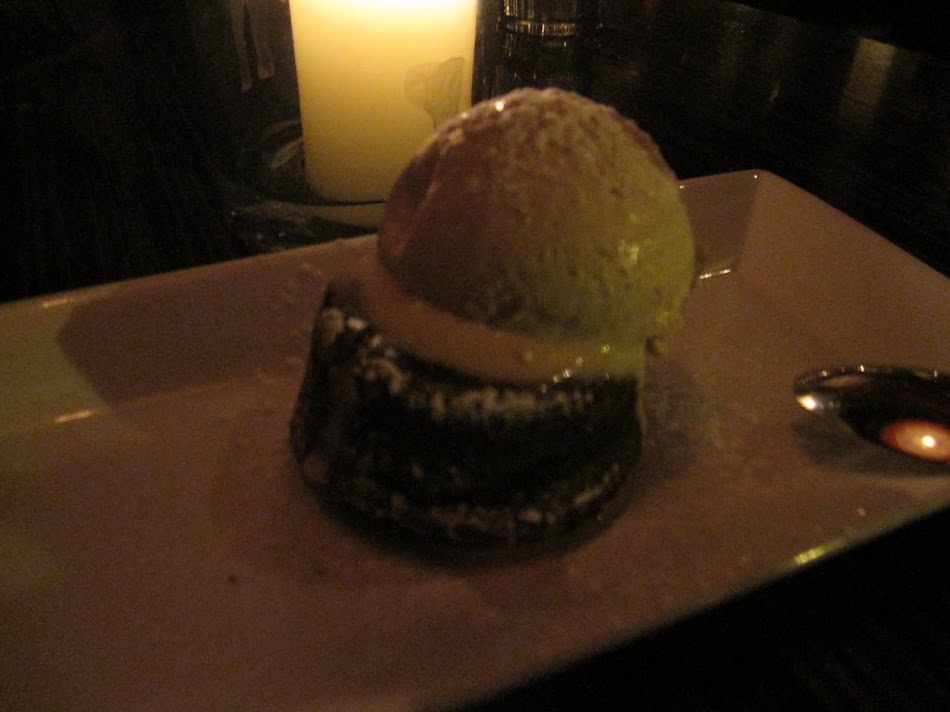 94 Mass Ave is a welcomed addition to the neighborhood and a great date spot. The vibe is very intimate and the food is meant to be shared. Every single thing we ordered was fantastic. I can't wait to go back. 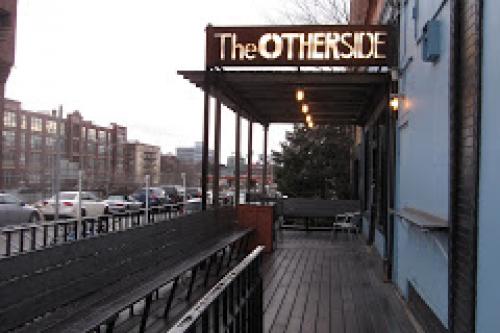 Last night I met one of my favorite girls for dinner.

This weekend two of my best childhood friends came to visit from New York City. 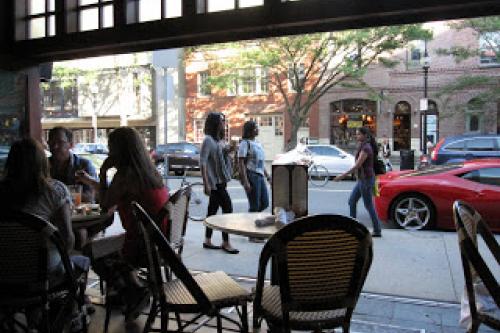 I consider myself a Boston, dining out connoisseur.