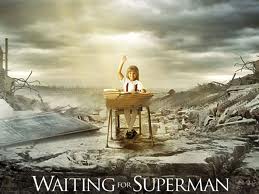 On Saturday afternoon I went with one of my college girlfriends to see the documentary "Waiting for Superman." I had seen a preview for the film a few months ago and knew I wanted to see it, but when my friend suggested we go opening weekend, I was thrilled to check it out.

The documentary tells the stories of five families who are seeking higher quality education for their children. The film follows Francisco, Anthony, Emily, Daisy and Bianca as they attempt to escape their public schools and enroll in private or charter schools that offer the promise of a brighter future. In addition to their stories, the film also provides background on the history of the public school system in the United States and the current obstacles to the change that prevent more positive outcomes for public school students. 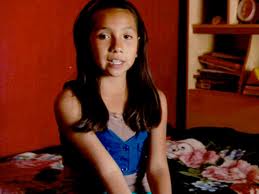 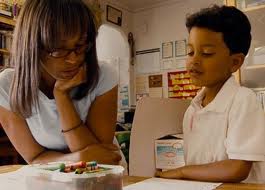 When I tell people I grew up in Newton, MA they often say "Ohhhhh," with a look on their face like, "I know all about you and your fancy upbringing." I never understood what that reaction was about until now. My parents never had to worry that my teachers weren't doing their jobs, or that I couldn't pass a basic comprehension test, or that I wouldn't be able to get into a four year college. In a town like Newton, that is not a concern. Our public schools are some of the best in the country. This film helped to jolt me into the reality that I received a rare and privileged public education.

"Waiting for Superman" puts names, faces and families behind the statistics about America's failing public schools. It provides a harsh reality for the viewer of the current state of our education system and what we would need to make serious reforms. The film highlights a Harlem based educator, Geoffrey Canada, as well as the founders of the Kipp schools, who both offer a glimmer of hope for a better future. The film also shares commentary from Bill Gates who feels strongly that we can not be a nation of innovators and compete in the global economy if our children are not being properly taught and trained. 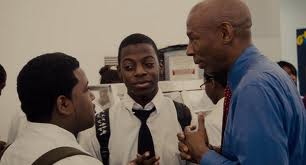 Davis Guggenheim, the film's director and co-writer, also directed "An Inconvenient Truth," another film with a call to action. With elections coming up in November, there is no better time to educate yourself on the realities of our public education system and find your own personal way to act.

There is this question that is being shared for the better contribution of the community. Should Nassau County fund public education with an income tax instead of a property tax? What are your personal opinions regarding this matter? I am looking forward to https://easywritingservice.com/buy-personal-statement/. Kindly do share your views about this matter of high concern.

College Education means you have a chance to continue your study with the buy personal statement online. Now it's depend on the parents what they think about your study. They should take stand on that.

END_OF_DOCUMENT_TOKEN_TO_BE_REPLACED

I have been traveling a lot lately (much to my chagrin) and though I feel exhausted, all of the planes, trains and automobiles have given me ample time to download and stream. On a recent flight from San Francisco to Boston I watched Gifted, starring Sudbury, MA native Chris Evans. 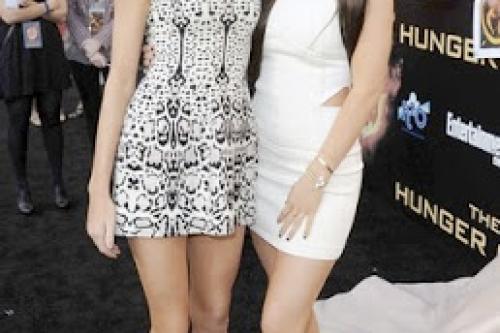 Last night at the Nokia Theater in Los Angeles the long awaited film version of "The Hunger Games" premiered.

Stream: Sierra Burgess is a Loser

Netflix's latest teenage rom com is a must-stream. Sierra Burgess is a Loser will have you in tears, remembering what it felt like to lust after your very first crush.