I had plans to go to Nantasket Beach with a friend on Saturday, but when we woke up that morning, it was clear Mother Nature had something else in mind. The forecast for the day was for clouds, fog and more fog. We quickly pivoted and embarked on a glorious day of relaxation - brunch at LuLu's in Allston, mani / pedis at MiniLuxe on Harvard Street, followed by a movie at the Coolidge Corner Theatre (a true local gem).

We saw Beatriz at Dinner, which stars Salma Hayek and Connie Britton. The film premiered at the Sundance Film Festival in January and is just now making its way to theaters.

In the film, Salma Hayek plays the title character, Beatriz, a holistic healer who treats patients with massage, reiki and breath and light therapy. When we first meet her, she is waking up in the morning to the sound of her pet goat bleating in his pen. As she opens her eyes, we see the goat at the foot of the bed and two dogs lying right next to her. Clearly an animal person! We follow Beatriz to the health center where she works and then up a massive driveway to the home of one of her private massage clients, Cathy, who is played by Connie Britton.

Cathy is the quintessential Southern California housewife - statuesque, ageless and decked head to toe in expensive clothing, shoes and jewelry. After Beatriz finishes the massage, she tries to drive home, but her car won't start. As you may suspect from the movie's title, she winds up staying for dinner.

The dinner Cathy and her husband Grant are hosting is for Grant's colleagues on his latest real estate development project. The wealthy mogul is played by John Lithgow (who I loved in The Crown), and his wife (his third) is played by Amy Landecker of Transparent. It was a Pfefferman family reunion, as actor Jay Duplass was also in the film as another dinner guest, accompanied by his wife, played by Chloe Sevigny.

As the group gathers for dinner, it's clear Beatriz is going to stick out like a sore thumb. Lithgow's character, Doug, mistakes her for a member of the wait staff. In a review by Vanity Fair, the writer describes, "The women are sharp but flighty, self-involved but not garishly so. It’s all very polite-society, with a bit of SoCal tackiness baked in. The men are chummy and self-congratulatory, smoking cigars and talking shop. And then there’s Beatriz, watching in her quiet way, occasionally interjecting with thoughts on past lives and holistic treatment for kidney stones. She’s out of step with the rest, going straight to depth and earnestness when they prefer to glide along the surface."

You would think the chasm between Beatriz's lifestyle and those of the dinner guests who be the primary source of tension, but it's actually Beatriz's demeanor, her approach to the world, that keeps her from getting on the same page with this crowd at any point during the evening.

Without giving anything away, I will say the last fifteen minutes of the film are very intense and a bit depressing. When the credits rolled, my friend and I turned to each other and said, "That's it? I feel so depleted."

The movie clocks in at one hour and twenty three minutes. I would definitely recommend this as a Netflix pick, but I'd save your pennies and skip seeing it in the theater.

The next time I read a blog, I hope that it doesnt disappoint me as much as this one. I mean, I know it was my choice to read, but I actually thought you have something interesting to say. All I hear is a bunch of whining about something that you could fix if you werent too busy looking for attention.2k20 myteam coins for sale

I see the greatest contents on your blog and I extremely love reading them. Visit Website

You know your projects stand out of the herd. There is something special about them. It seems to me all of them are really brilliant! Visit Website

What a really awesome post this is. Truly, one of the best posts I've ever witnessed to see in my whole life. Wow, just keep it up. Visit Website

I wish more writers of this sort of substance would take the time you did to explore and compose so well. I am exceptionally awed with your vision and knowledge. Visit Website

This website and I conceive this internet site is really informative ! Keep on putting up! Visit Website

This is really a nice and informative, containing all information and also has a great impact on the new technology. Thanks for sharing it, Visit Website

Three are usually cheap Ralph Lauren available for sale each and every time you wish to buy. Visit Website

I’m excited to uncover this page. I need to to thank you for ones time for this particularly fantastic read!! I definitely really liked every part of it and i also have you saved to fav to look at new information in your site. Visit Website

I need to to thank you for this very good read!! I definitely loved every little bit of it. I have you bookmarked to check out new things you post… Visit Website

This is an awesome motivating article.I am practically satisfied with your great work.You put truly extremely supportive data. Keep it up. Continue blogging. Hoping to perusing your next post Visit Website

Wow! Such an amazing and helpful post this is. I really really love it. It's so good and so awesome. I am just amazed. I hope that you continue to do your work like this in the future also. Visit Website

I recently came across your article and have been reading along. I want to express my admiration of your writing skill and ability to make readers read from the beginning to the end. I would like to read newer posts and to share my thoughts with you. Visit Website

I like viewing web sites which comprehend the price of delivering the excellent useful resource free of charge. I truly adored reading your posting. Thank you! 먹튀폴리스

This is a smart blog. I mean it. You have so much knowledge about this issue, and so much passion. You also know how to make people rally behind it, obviously from the responses. garage doors Centennial CO

Very interesting blog. Alot of blogs I see these days don't really provide anything that I'm interested in, but I'm most definately interested in this one. Just thought that I would post and let you know. garage door repair Roy Utah

Just saying thanks will not just be sufficient, for the fantasti c lucidity in your writing. I will instantly grab your rss feed to stay informed of any updates. garage doors Salt Lake City UT

Great post I would like to thank you for the efforts you have made in writing this interesting and knowledgeable article. Tacoma domestic violence attorney

Thanks for a wonderful share. Your article has proved your hard work and experience you have got in this field. Brilliant .i love it reading. Delray Beach garage door

I wanted to leave a little comment to support you and wish you a good continuation. Wishing you the best of luck for all your blogging efforts. garage door repair Palm Beach Gardens Florida

Please give some advice on how to achieve this kind of posts. Bucks County PA short sale

I definitely enjoying every little bit of it and I have you bookmarked to check out new stuff you post. KYC

Such a very useful article. Very interesting to read this article.I would like to thank you for the efforts you had made for writing this awesome article. 웹툰

This is really a nice and informative, containing all information and also has a great impact on the new technology. Thanks for sharing it, 투데이

I was surfing the Internet for information and came across your blog. I am impressed by the information you have on this blog. It shows how well you understand this subject. Crypto Payment Gateway

END_OF_DOCUMENT_TOKEN_TO_BE_REPLACED

Today is the first day of May and Mother's Day is just around the corner. Mark your calendar for Sunday, May 14 to celebrate your mama!  Last year I shared the first-ever Pop.Bop.Shop. Mother's Day Gift Guide (at the suggestion of a reader) and I'm excited for year two. 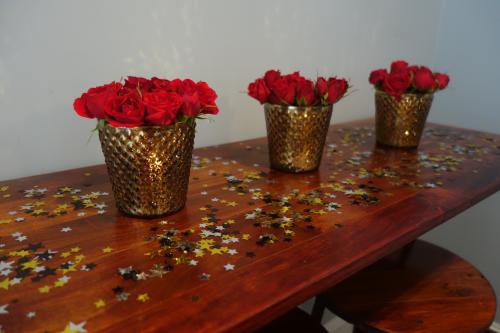