This week on the Hills it was a double dose of cat fights. Leading off - Audrina vs. Jade. Apparently Brody decided to come clean to his GF about what happened in Hawaii, and Audrina feels zero guilt.

I have always liked Audrina (despite her bizarre and unexplainable attraction to Justin Bobby) but her behavior this episode was appalling. If you hook up with a guy that has a girlfriend, you can expect some backlash. If the girlfriend decides to approach you, don't patronize her, just apologize and step away.

When Audrina arrived at Frankie's party (which by the way, was the first normal looking, real person party I have ever seen on the show - Wii, red solo cups) she blows kisses at Brody from across the room? Really? If I was Jade, that would have set me off like you wouldn't believe. Jade licks her wounds by drinking straight from a bottle of Jager. Two nights in a row.

In addition to her unapologetic ways, she owes us an apology for that Boy George black hat she wore out to lunch! Maybe its an L.A. fashion thing, but it looked pretty busted to me.

Across town Heidi was battling it out with Stacy the bartender. Heidi decides to show up to a bar she knows Stacy will be at. Stacy takes this as Heidi's first move, and responds by coming to sit with her and her friends and tell her she has a conniving boyfriend. I'd be pissed at Stacy, but she's right.

When Stacy and her crew walk away, the ever eloquent Stephanie Pratt comments "Oh my god. That was gnarly."

Knowing he has some work to do, Spencer goes to therapy alone and tells the Doc he will try to stop going out alone, as that seems to be the problem. Ok, good start, but what are you going to do about all those text messages?

In previews for next week Audrina tries to cut ties with Justin Bobby once and for all. Stephanie decides its time to refocus her attention on the "man hunt" and Kelly Cutrone orders Lauren to fire Stephanie from People's Revolution. This is going to be a good one!

This week in the "real world" Audrina lightened up her hair for summer while Spencer and Heidi got cozy on the Santa Monica pier.

END_OF_DOCUMENT_TOKEN_TO_BE_REPLACED 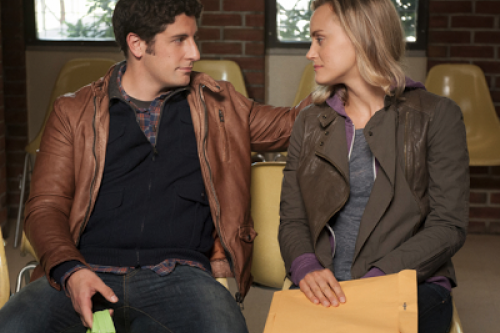 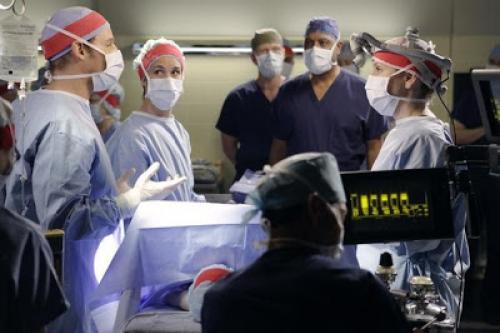 Last week I was in New York City for work and was unable to watch Grey's Anatomy so this week you're getting a double dose of recaps! Last week: Bailey and Ben go from slowly reconciling to talking about moving in? Whoa there, buddy. Why are the parents of these conjoined twins twelve years old? How cute was the moment when the baby's father came back from the gift shop with a onesie for each baby and said, "I figure now they're each going to need their own clothes." So sweet.