You Don't Leave The People You Love Alone

This week's episode of Grey's Anatomy opens with Meredith, Lexi, Izzie and Alex observing Derek as if he were an animal behind the glass at the zoo as he eats cereal on the couch. Unshowered. Day 3. His is still wallowing in the self pity over the death of his pregnant brain tumor patient (who can blame him, the husband went on quite the angry (and justified) tirade). But today he has to move, as its deposition day for the law suit he's now facing.

Over at the hospital, Christina finds Hunt asleep on an empty bed, and tries to coyly wake him up, when his PTSD causes him to have a knee-jerk physical reaction that flings Christina against the opposite wall and cuts her arm. Whoops.

Sloan arrives at the hospital, still bandaged and bruised, and both Callie and Lexi urge him to talk to Derek, much to his chagrin. Izzie is still taking the interns on a quest to diagnose Patient X, causing the other residents to call her "the new O'Malley" (for falling behind on surgery skills). They say this right in front of George. A classic Grey's moment.

The Chief is on the war path. Without Derek and the recent departure of Hahn, he is understaffed and the hospital's rank continues to drop. He yells at Bailey, which we know is not something she takes well.

Then we meet our first patients, three siblings who are the only living members of their family, since everyone else has passed away from stomach cancer. Two sisters and a brother, the brother is played by the same actor who plays Kostas in "Sisterhood of the Traveling Pants" and Max on ABC Family's "GREEK". The oldest sister wants them all to have their stomachs removed to ensure they don't get the aggressive cancer. Heavy.

We also meet a band geek who seizes during a competition and alienates all her band mates. Alex is stuck watching her since the interns are still diagnosing Patient X.

Down the hall, Derek is in a conference room after his deposition staring at two piles of file folders - patient who died, patients who lived. His pile of patients who have died is almost double the size of the patients he has saved. Meredith tries to console him, show him the silver lining but he just says "Its too many lost." As he is leaving, the Chief demands that he stay and operate, but he just walks right out.

During the first stomach surgery of the day, Bailey and the Chief argue over best practices. He embarrasses her in front of her residents and belittles her. Then Christina finds a cancerous tumor, which shuts them all up.

Meanwhile, Alex discovers an abnormality in the band geek and thinks she has a heart condition, not epilepsy. Dr. Hunt encourages his theory and tells him he can order the tests. Alex turns out to be right, shutting up Dr. Robbins and proving to others and himself that he does have good medical instincts. After all he has been through, I was thrilled for him. I like when he drops the D-bag facade.

Back at intern headquarters, Lexi successfully diagnoses Patient X with melanoma affecting the skin, liver and brain. She guesses even with chemo and radiation, Patient X has a few months to live and a 5% chance of survival. The interns ask "what's our prize?" for successfully diagnosing the patient, and secret, real life patient Izzie goes OFF.

Meanwhile, after being yelled at in the O.R. twice, Bailey calls in the Chief's wife to restore order. She lays down the law and forces Bailey and the Chief to make up. Bailey calls him out on all his B.S. and they seem to have declared a truce.

Alex helps the band geek check out of the hospital with her new pacemaker and tells her band "friends" that they removed her epileptic bone. Nice one, Alex. Good thinking on your feet.

Back with the stomach cancer siblings, Mike is popping jelly beans while his two sisters recover from their surgeries (Meg went in right after she heard Trish had already developed a tumor). Trish tells Meredith she will not stop pushing Mike until he has the surgery. She says "You don't leave the people you love alone." Is that resonating with you Meredith?

Lexi tracks down Izzie in an exam room to thank her for teaching her something today. Izzie asks "What would you say to Patient X?". Lexi says, "Screw the odds, people die of the hiccups. You have to fight." (referring to her mother who died of the hiccups). Very emotional scene. Well done, ladies.

Dr. Hunt and Dr. Robbins come to find Alex to commend him on his discovery with the band geek girl. Dr. Robbins says "You fix that attitude of yours, you could be the future of this hospital. The one to watch." Alex is beaming ear to ear and runs to find Izzie. He retells her the stories of the day and says "I don't want to be the future of this hospital, if you're not there with me." Oh man, this is going to get ugly. After all he went through with Eva, I don't know if he can handle this kind of loss again! I am already getting nervous!

As the day winds down, the Chief finds Meredith to beg her to help bring Derek back. He tells her about the engagement ring and that he has been planning to propose. He assures her that Derek does not want to be left alone.

Upstairs Lexi finds Sloan and says "All I do is break you" to which he romantically responds "You're the one who put me back together". He puts his arm around her and she grabs his broken hand. He winces in pain and I laugh out loud. Well played, Shonda. Very cute moment. I love the clumsiness of their chemistry.

On the way out Callie and Dr. Robbins share and elevator and Dr. Robbins asks Callie out. She responds "maybe", which SHOCKED me. Then she sticks her hand in the elevator door and says "How about tomorrow?" with a smile. Here we go, lesbian relationship attempt number two.

Izzie walks to the locker room and George stops her to say "I'm still here, I still care, if you want to talk about it." George definitely has a 6th sense! Izzie approaches Christina and says, "I need to tell you something. You're a robot so I know you can handle it."

Cut to Meredith finding Derek at his trailer, drunk and hitting beer cans with a baseball bat. She tells him to stop hiding, he can't quit. He says she wrote the book on quitting and he doesn't care, she should just leave. He says "There is no fixing you, you're a lemon." OUCH. She STUPIDLY says "I know about the ring". Then with a terrifying look of anger he says "You want the ring?" and reaches into his pocket, takes out the ring, and then whacks it with the bat, half way across the field (which is supposed to be the lot for their dream house. Remember the episode with the floor plan made of candles?). Meredith is at a loss. The screen goes black.

Before I continue, I need to say - Shonda Rimes, this is unfair. For over four seasons we have waited for Mer and Der to get together. They survived Addison coming back to town (twice), they survived Derek's mother, the moved past her fling with McVet, Derek helped nurse her back to health after her suicide attempt, he dealt with her horrible mother and her disease, and just when we thought we were getting a happy ending, NO. Listen Shonda, I can't really take it anymore. And the shows haven't been impressing me for a while. So unless you are planning some kind of "hit rock bottom so you can rise to the top" sort of story line, you are on the verge of losing me as a viewer.

In the final scene of the night, Izzie tells Christina about her cancer while standing over the vent. Sandra Oh shows her acting chops by reacting only with her eyes, but delivering one of the most powerful scenes of the episode.

In previews for next week we see Christina urging Izzie to tell people about her disease, Izzie resisting, and George digging for more information. Honestly, I already know Izzie is leaving the show, so can we focus on the bigger problem - how to mend Mer and Der? She better be in that grass digging for the ring.

your mention of McVet reminded me of one of my favorite (unintentional? hmm) jokes the writers came up with around that storyline -- remember when she was just going to flip a coin to decide between the two?

still makes me chuckle like the nerd that I am.

Anyway, in more recent news, he better crawl on his knees through the grass and go find that ring, because i have put TOO MUCH energy into a relationship that isn't even close to being my own for it to fail NOW. C'mon derek. shape up.

Heads or Tails! Amazing. Never noticed that before! Agree - he (or she) better be in the grass feeling around for that ring! Unacceptable!

END_OF_DOCUMENT_TOKEN_TO_BE_REPLACED 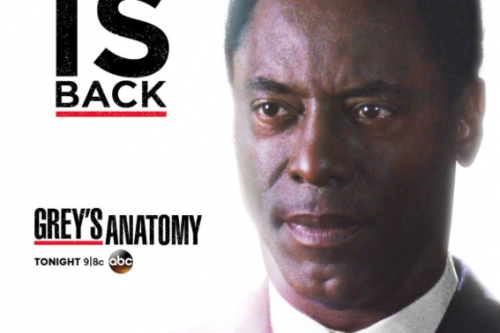 When I sat down to watch tonight's episode of Grey's Anatomy, I was nervous. You may remember reading in my post last Thursday that Isaiah Washington would be reprising his role as Dr. Burke this week. While I was very interested to see how the writers would script his return (Is he still in love with Cristina? Does he want to offer her a job?), I also couldn't shake the memory of the homophobic comments he made which got him expelled from the show. 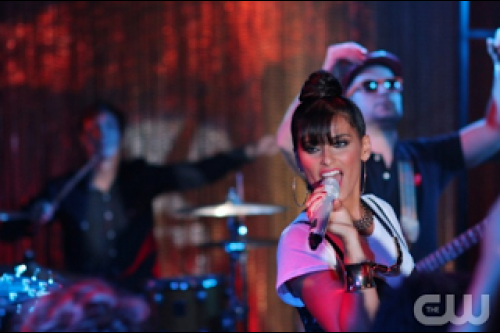 Tonight's episode of "90210" was a series of set ups for plot developments yet to unfold. Let's start with Dixon. First of all, when did Dixon get a fresh to death buzz cut? He looks like Pauly D! Dixon is spending more and more time with Megan, the girl he met in his support group. It's incredibly clear she has a crush on him. When he and Adriana drift apart, he is definitely going to hook up with her. 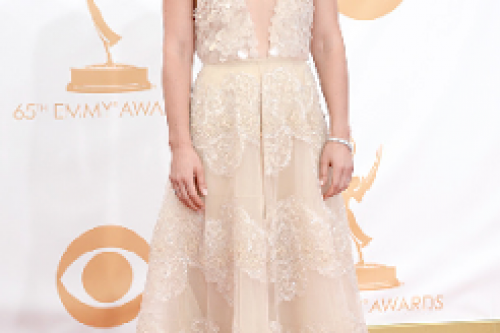 I love the Primetime Emmy Awards because they sneak up on you. They aren't part of the usual January - March awards season and without fail, every year, the third week of September rolls around and I realize, "The Emmys are this weekend!" I also love that you get to see all your favorite TV stars just as their shows are returning for their new seasons, sometimes the very next night.