In January, I made a New Year's resolution to read 30 books this year. I am about to start #25, so I am feeling really good about my progress!

Last week I finished The Particular Sadness of Lemon Cake by Aimee Bender. The book was recommended to me by a friend who is a voracious reader and a talented writer. She hopes to publish a book of her own one day and I personally cannot wait to order it when she does!

This story centers around Rose, a young girl who discovers she can taste things in food. I am not talking about seasoning or individual ingredients, but the emotions of the person who made the dish, the behavior of the farmers who grew the produce, and even whether or not the animals had a happy life.

On page 69, she explains how this super power impacts her daily routine, "I didn't know who else to talk to, or tell, so, on my own, I ate packaged snack food, learning the subtle difference in tightness and flatness from the various factories across the country, and I ate pre-prepared food from the grocery store that had been made by happy clerks, and uptight clerks, and frustrated clerks, and sometimes I felt scared to open up the refrigerator. Baked goods were the most potent, having been built for the longest time from the smallest parts, so I did best with a combination of highly processed - gummy fish, peanut-butter crackers, potato chips - made by no one, plus occasional fast-food burgers, compiled my machines and made, often, by no one, and fruits and vegetables that hadn't been cooked. At school, I ate my apple and carrots and then used my allowance to buy food out of the snack machines and made it through the day that way."

She tries to tell her family about this, but they don't believe her. In fact, their reaction is to take her to the hospital for an evaluation.

Eventually she confides in her brother's best friend, George. He has a passion for science and finds her gift of taste fascinating. On spending time with him, Rose says, "Truth was, it was hard to see George eat those cookie halves without hesitation. Without tasting even a speck of the hurry in Janet's oatmeal, which was so rushed it was like eating the calendar of an executive, or without catching a glimpse of the punching bag tucked beside every chocolate chip. I was so jealous, already, of everyone else's mouth. But I loved George in part because he believed me; because if I stood in a cold, plain white room and yelled FIRE, he would walk over and ask me why. It was the same thing that would make him into a very good scientist."

As you likely predicted from reading that excerpt, Rose develops an intense crush on George. Their relationship becomes an anchor for her, especially as her brother suffers from mental illness.

After high school, Rose decides to take a job in a French restaurant; a place where the food always tastes of happiness and love. The descriptions were giving me major Ratatouille vibes.

There's a very cute scene where she decides to let her bosses (a married couple) in on her secret. The chef brings her a plate and she shares what she experiences, "The butter is French butter, I said. Not pasteurized. The parsley is from San Diego. The parsley farmer is a jerk. Ah! said Monsieur, hitting the counter. I don't know why we keep going to him, he said. He is such a jerk. You can taste that? said the red-scarf woman. In the way it was picked, I said. He picks it rudely."

Now, you may noticed something about that passage. There are no quotation marks to signal dialogue. The book doesn't use quotation marks at all and I have to admit, it made it hard to follow at times. I found find myself re-reading sections to make sure I got the exchange between characters correctly.

That said, Bender's writing is beautiful, creative and magical. It blends reality with the surreal in a way that is alluring, and at times, mysterious.

If you are looking for a new book, this one deserves a spot on your list.

END_OF_DOCUMENT_TOKEN_TO_BE_REPLACED 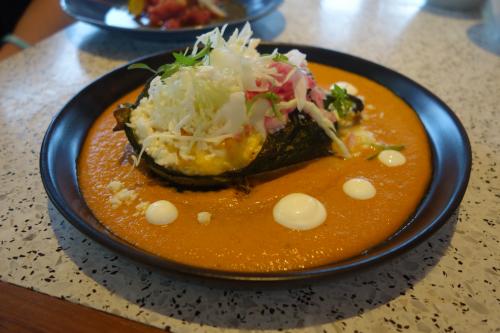 "Can't Help Myself" is written by Meredith Goldstein, the Love Letters columnist for The Boston Globe. The book tells the story of how the column came to be and all the ways the readers have impacted Meredith's personal life.