When I learned that one of my favorite podcast hosts, Linda Holmes, had a book coming out, I knew right away I wanted to read it. Holmes is the leader of a panel of critics from the NPR arts desk who come together to rant and rave about all things TV, movies and music on Pop Culture Happy Hour. It's one of my favorite podcasts and I always smile with glee when I see a new episode has downloaded to my library.

Evvie Drake Starts Over is Holmes' debut novel. The inside cover of the book describes the story as "the unlikely relationship between a young a woman who's lost her husband and a major league pitcher who's lost his game."

Evvie Drake lives in central Maine, where she's known as the town widow. Her husband, a prominent doctor, passed away recently. While most members of the community feel terribly for Evvie, she's hiding a big secret - the night her husband died, she was packing her car to leave him.

Enter Dean, a former professional baseball player looking for a quiet place to retreat, away from the media. Dean is introduced to Evvie through their mutual friend, Andy, who suggests that perhaps Evvie could rent her guest house to Dean while he figures out his next move.

You guessed it, they fall in love!

I particularly enjoyed this passage where Dean is staying over in Evvie's bed for the first time, "And now, here was Dean, tall and broad and slow-moving as he lay next to her in his jeans and bare feet. He always smelled like freshly mowed grass, and she wasn't sure whether it was because of something he wore or washed his hair with, or because he spent so much time on baseball fields, or because she was imagining it, the way she always expected a a lobsterman to smell like the ocean, whether or not he actually did. But she could not inhale enough of it, and when she'd find a spot, a hollow under his jaw or a span along his side, where she especially noticed it, she'd linger there trying to memorize it for when it was inevitably gone."

Holmes is clearly a romantic comedy fan, because she writes the story according to all the usual tropes: two people meet, but seem an unlikely pair; said people find a common bond; the chill between them begins to thaw; there's a pivotal kiss; they fall for fall each other; an obstacle is thrown their way that causes a huge fight; they eventually reconcile and live happily ever after.

There are no unexpected twists or turns in this book, everything is predictable. While I was reading, I kept thinking, "This would make a great Lifetime or Hallmark channel movie."

Though I wasn't blown away by the book, it was a fun read. This would be perfect for a plane ride or poolside.

As a super fan of Pop Culture Happy Hour, it was cool to see Holmes give shout outs to two of her fellow hosts, Stephen Thompson and Glen Weldon, in the acknowledgements section at the end of the book. It makes me happy to know they are real life friends, not just co-workers.

Tell me, what have you been reading lately?

Guest Review: Squee Evvie Drake Starts Over by Linda Holmes ... But it's not “I-can-just-read-all-day” great as many people seem to assume. by Followers Australia

I think this is an informative post and it is very useful and knowledgeable. therefore, I would like to thank you for the efforts you have made in writing this article. Tree Health Diagnosis

Great survey, I'm sure you're getting a great response. Drystone walling

Thanks for a wonderful share. Your article has proved your hard work and experience you have got in this field. Brilliant .i love it reading. new york wedding videographer

Thanks for the post and great tips..even I also think that hard work is the most important aspect of getting success.. buyeliquid.com

These are some great tools that i definitely use for SEO work. This is a great list to use in the future.. forest hill medical

Thanks for sharing nice information with us. i like your post and all you share with us is uptodate and quite informative, i would like to bookmark the page so i can come here again to read you, as you have done a wonderful job. platinum forex system

Thanks for the valuable information and insights you have so provided here... marketing agency Lexington ky

Great info! I recently came across your blog and have been reading along. I thought I would leave my first comment. I don’t know what to say except that I have. Movers

This was really an interesting topic and I kinda agree with what you have mentioned here! habittracker

I have read your article, it is very informative and helpful for me.I admire the valuable information you offer in your articles. Thanks for posting it.. obedience training Houston

I read a article under the same title some time ago, but this articles quality is much, much better. How you do this.. best upvc windows in Melbourne

The post is written in very a good manner and it contains many useful information for me. home accessories wholesale

I just found this blog and have high hopes for it to continue. Keep up the great work, its hard to find good ones. I have added to my favorites. Thank You. movers near me

Really a great addition. I have read this marvelous post. Thanks for sharing information about it. I really like that. Thanks so lot for your convene. we buy houses in rhode island

Superbly written article, if only all bloggers offered the same content as you, the internet would be a far better place.. Online Positive Psychology Certificate

this is really nice to read..informative post is very good to read..thanks a lot! Paul Vunak Rapid Assault Tactics

Positive site, where did u come up with the information on this posting? I'm pleased I discovered it though, ill be checking back soon to find out what additional posts you include. lead generation

Great things you’ve always shared with us. Just keep writing this kind of posts.The time which was wasted in traveling for tuition now it can be used for studies.Thanks best tuner cars

I would like to thank you for the efforts you have made in writing this article. I am hoping the same best work from you in the future as well.. Multifamily Texas

I learn some new stuff from it too, thanks for sharing your information. Bahamas Vacation photographer

This is a great inspiring article.I am pretty much pleased with your good work.You put really very helpful information. Keep it up. Keep blogging. Looking to reading your next post. we buy houses for cash

Hi, I find reading this article a joy. It is extremely helpful and interesting and very much looking forward to reading more of your work.. go h1b

Thank you for helping people get the information they need. Great stuff as usual. Keep up the great work!!! Fire and Water Damage Restoration Grand Rapids

I really loved reading your blog. It was very well authored and easy to understand. Unlike other blogs I have read which are really not that good.Thanks alot! photofacial

I recently came across your blog and have been reading along. I thought I would leave my first comment. I don't know what to say except that I have enjoyed reading. Nice blog. I will keep visiting this blog very often. kids playing

This content is written very well. Your use of formatting when making your points makes your observations very clear and easy to understand. Thank you. kimshospitals.com

Thank you for such a well written article. It’s full of insightful information and entertaining descriptions. Your point of view is the best among many. toyota

Thank you very much for writing such an interesting article on this topic. This has really made me think and I hope to read more. San Diego egg donor agency

Thanks for this article very helpful. thanks. Their online marketing services are amazing

This is very educational content and written well for a change. It's nice to see that some people still understand how to write a quality post.! buybacklinkscheap.com buy backlinks that work

I am glad you take pride in what you write. This makes you stand way out from many other writers that push poorly written content. IPTV Channels

I was surfing net and fortunately came across this site and found very interesting stuff here. Its really fun to read. I enjoyed a lot. Thanks for sharing this wonderful information. tỷ lệ kèo cá cược bóng đá

I read that Post and got it fine and informative. drueckglueck willkommensbonus

Wow, cool post. I’d like to write like this too – taking time and real hard work to make a great article… but I put things off too much and never seem to get started. Thanks though. reputable cbd products

I went over this website and I believe you have a lot of wonderful information, saved to my bookmarks First Americans

Thanks for sharing this quality information with us. I really enjoyed reading. Will surely going to share this URL with my friends. part of marketing 1on1 website

this is really nice to read..informative post is very good to read..thanks a lot! 55printing.com color copies

I am continually amazed by the amount of information available on this subject. What you presented was well researched and well worded in order to get your stand on this across to all your readers. complete startup guide

Yes i am totally agreed with this article and i just want say that this article is very nice and very informative article.I will make sure to be reading your blog more. You made a good point but I can't help but wonder, what about the other side? !!!!!!THANKS!!!!!! Blue Noise

I really thank you for the valuable info on this great subject and look forward to more great posts. Thanks a lot for enjoying this beauty article with me. I am appreciating it very much! Looking forward to another great article. Good luck to the author! All the best! http://www.traveladdict.agency/

Thanks for sharing this quality information with us. I really enjoyed reading. Will surely going to share this URL with my friends. Esrar yetistirme

Most of the time when I have free time. I would like to read books. randomly i came to your site and I read your article it is very nice. I came to form this site. epikgo hoverboard review

Excellent information on your blog, thank you for taking the time to share with us. Amazing insight you have on this, it's nice to find a website that details so much information about different artists. jobs near me

END_OF_DOCUMENT_TOKEN_TO_BE_REPLACED

It's time to celebrate the people you love most. Peruse this year's list for sweet gift ideas. 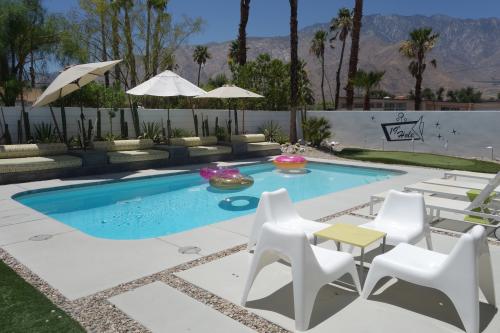 The best place to stay in Palm Springs, CA is with Relax Palm Springs. Their properties will supersede all your expectations.