In a way, Bitcoin Billionaires is a follow up to The Accidental Billionaires. In the original book, Cameron and Tyler Winklevoss claim that Facebook was their idea, and aggressively try to force Mark Zuckerberg to admit that. This book opens with the twins in a conference room with Zuckerberg, reaching a financial settlement.

With a generous amount of Facebook stock as their consolation prize, the twins try to start over and leave their reputation as whiners behind. They form their own venture capital fund and begin to take meetings. They decide to make their first big investment in a new form of money, Bitcoin.

When The New York Times runs a profile on the brothers titled, "Never Mind Facebook, Winklevoss Twins Rule in Digital Money," they feel like perhaps their luck is beginning to change. On page 147, "The Times, the WSJ, the Post, the blogosphere, they'd all taken too many shot to count at Tyler and his brother over the years, mindlessly promoting and regurgitating the false one-note narrative of them being Waspy, blue blood, aristocratic rowers who had whined and sued their way into being bought off by Mark Zuckeberg. The media had spent years relentlessly pigeonholing and caricaturing them in search of juicy clickbait. And now, overnight, that narrative had been turned on its head."

Cameron and Tyler embark on a publicity tour - speaking engagements, trade shows, they even make an appearance at Burning Man, notorious as a playground for tech titans. While out in the desert, they cross paths with Dustin Moskovitz, who co-founded Facebook with Zuckerberg and was his right hand for several years. Mezrich writes, "After they'd separated, Moskovitz shook both of their hands and invited the twins to a grilled cheese party at his camp the next day. As it turned out, Cameron was too busy working through his feelings to remember where the camp was located. But maybe that was for the best; as he later discovered, Zuckerberg had flown into Burning Man on a helicopter to help serve the grilled cheeses. If Cameron and Tyler had attended, who knows what would have happened? Was it even possible that they might have also hugged it out with Zuckeberg? On the playa, among the dust of the earth and the sea of humanity, among all that spirituality, love and gratitude, could even the Winklevii and Zuckerberg have let bygones be bygones over grilled cheeses? Well, it was a nice idea."

Now, this is where the story gets interesting. Zuckerberg is in Silicon Valley, continuing to build Facebook into one of the most powerful tech companies on the planet. In New York, the twins are working on a new project of their own, one with enormous potential. On page 262, "He and Tyler had been assembling the Gemini team for more than a year. Their goal was simple: bring together the nation's top security experts, technologists, and financial engineers to build a world-class cryptocurrency platform from the ground up with a security-first mentality. . . In light of how ambitious the venture was, they had named their new venture, well partially, after on of NASA's early space programs: Gemini . . . But they hadn't been thinking only of rocket ships when they'd chosen the name. Gemini was also the Latin word for 'twins.'"

In a miraculous turn of events, while I was reading this book, Mark Zuckerberg debuted his own cryptocurrency under the Facebook umbrella, Libra. Yes, people, he also named it after one of the zodiac signs. As a Libra myself, I can tell you that the symbol for that sign is the scales, as in, the scales of justice. Have you ever seen such a mic drop in your life? Zuckerberg creates something to directly compete with the twins, gives it a similar name, and one that means "justice is served." I was freaking out! Here's an article that explains exactly what Libra is, if you're interested.

Mezrich closes the book with an optimistic outlook for Cameron, Tyler and Gemini, "The technology that makes Bitcoin work - the blockchain and crypto private keys - has the potential to decentralize not just money but also data in a way that could 'give the internet back to the people' - freeing user information from the siloed monopolies of Facebook, Google, Amazon, etc. The irony is that Bitcoin and its hashes may very well do what Facebook so spectacularly failed to do - protect its users' data from hackers, misuse, and overarching authority, and allow a form of online communication that is entirely and truly free."

The Winklevoss / Zuckerberg rivalry is one for the ages. There is a bitterness there that continues to fuel fierce competition.

I raced through this book, as I have with every Ben Mezrich book I've read. When you're reading one of his stories, you feel like you're behind the scenes with him, learning all the secrets and getting closer to the truth. His writing has an urgent pace to it, and you can't help but keep turning page after page to see what happens next.

You do not need to know anything about crypotcurrency or Bitcoin to enjoy this book. That's simply the vessel through which the Winklevoss twins seek their path to redemption.

I like this book very much, it is very attractive and gives me lots of benefits. wuxiaworld

What a fascinating read! I missed the first Bitcoin rush, but may have time the second one well (fingers crossed!). I bought just one BTC for $5,000 though eToro UK (https://trustedbrokers.com/uk/etoro) in March 2020, and have seen its price rise steadily since. JPMorgan recently published a note forecasting that Bitcoin could reach $146,000 soon. I find this incredible.

END_OF_DOCUMENT_TOKEN_TO_BE_REPLACED

Lorenz & Mintz is a beautiful restaurant right on the border of Neve Tzedek and Florentine in Tel Aviv. At brunch, the breakfast pizza is a must. 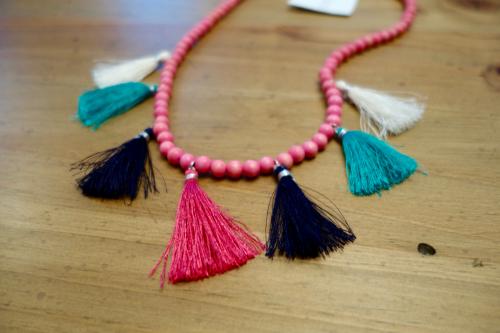