My first day on Martha's Vineyard was a whirlwind! Between 12pm - 8pm we did Oak Bluffs, Vineyard Haven, Edgartown and several bus trips back and forth. Our final stop on day one was the Edgartown Lighthouse.

The original lighthouse was built in 1828, but was destroyed in a hurricane in 1938. Determined to replace it, Egdartown had the cast iron lighthouse in Ipswich, MA (called Essex Light) dismantled and brought to the island by barge.

The lighthouse sits on the edge of the Edgartown Harbor and overlooks Chappaquiddick.

We arrived around 5:30pm and were excited to explore. There is a path right off North Water Street that leads straight to the beach.

Naturally I had to stop every few feet to take more photos. I could make my very own lighthouse flip book!

Here she is, up close and personal.

From mid-June to early-September the lighthouse is open to visitors, all seven days of the week from 10am - 4pm. We arrived about 90 minutes too late.

We quickly learned that the lighthouse (and the beach) is a very popular photo shoot spot. We saw a Vineyard Vines-clad family with a photographer, a newly engaged couple with two camera people and a group of 10 high school girls snapping up a storm.

When in Rome, right?

As the sun began to dip we walked back up to North Water Street to watch the rest of the sunset from the porch of the Harbor View Hotel.

Their porch is lined with teal rocking chairs. We popped inside to order two glasses of rosé, which they give to you in plastic cups to take outside. For those on a budget, be aware, one glass of wine costs $16 dollars. I had a bit of sticker shock!

Wine in hand, we toasted to the most glorious first day on the island.

I think this is an informative post and it is very useful and knowledgeable. therefore, I would like to thank you for the efforts you have made in writing this article. 먹튀검증

I'm constantly searching on the internet for posts that will help me. Too much is clearly to learn about this. I believe you created good quality items in Functions also. Keep working, congrats! 먹튀검증

Thanks for the tips guys. They were all great. I have been having issues with being fat both mentally and physically. Thanks to you guys i have been showing improvements. Do post more. safestore auto

Thanks for providing recent updates regarding the concern, I look forward to read more. 꽁머니

I read that Post and got it fine and informative. walmart associate login

When a blind man bears the standard pity those who follow…. Where ignorance is bliss ‘tis folly to be wise…. webdesign für zahnärzte

I appreciate several from the Information which has been composed, and especially the remarks posted I will visit once more. Onewheel XR Accessories

I'm constantly searching on the internet for posts that will help me. Too much is clearly to learn about this. I believe you created good quality items in Functions also. Keep working, congrats! rigid flex PCB manufacturer

I want to say thanks for beautiful blog sharing with us. Your blog really great resource to update my knowledge. Tires Ottawa

Thanks for the tips guys. They were all great. I have been having issues with being fat both mentally and physically. Thanks to you guys i have been showing improvements. Do post more. Onewheel XR Accessories

Your post is very helpful to get some effective tips to reduce weight properly. You have shared various nice photos of the same. I would like to thank you for sharing these tips. Surely I will try this at home. Keep updating more simple tips like this. IT Support companies Century City Los Angeles

We provide you with Monin products from Syrup, coffee sauce and many other products through the Arzaq app.Free delivery of your first order, download it to your mobile phone, by scanning the QR code in the image with your mobile phone's camera. نكهات مونين

Reiki is an added element in which energy is called in to your body to fill you with hope, realign your chakras. Reiki has long been used in Europe alongside cancer treatments and carries better outcomes than we see here in the states! Anxiety and Depression Treatment

We have been selling potency drugs continuously since 2008. We are familiar with this industry not only from the side of the trends prevailing on the market, but above all from the biochemical and pharmaceutical side. Kamagra apteka

Save Up this Year - Up-to 75% Off on Everything, Get Your Dream Hoverboard for Sale in this Year, Hurry UpLimited Stock is Available. HOVERBOARD FOR SALE

Qikink enables anyone to sell products online without inventory, processing and logistics hurdles. Anyone can signup on Qikink.com and start selling products online. Custom T-Shirt Printing

Persons appreciate shopping for amazing, appealing, fascinating and from time to time attractive aromas for them selves and pertaining to others. This can be executed conveniently along with inexpensively in an on-line perfume shop. eye doctor Collinsville

You’ll need to hire the right IT solutions provider for your business. Read on to discover what you should look for when selecting a service provider. IT Solutions Provider

#1 Scrap Car Removal Service – Contact us now or get a quote & get an instant offer & the highest value cash on the spot we are the #1 leading scrap car removal mississauga company in the GTA west areas pay big dollar/cash for cars on the spot, and offers free towing service.

Slots sites are the most popular search online, that is why we try to collect the Best Slots Sites ​here as a list for convenience over time.

Enjoy a drink on the rocking chairs on the front porch of Chesca's, a delicious spot for dinner in Edgartown on Martha's Vineyard. The best entree option is the bento box, which comes with soup, salad, mashed potatoes, veggies and the protein of your choice. A great way to taste a little bit of everything. 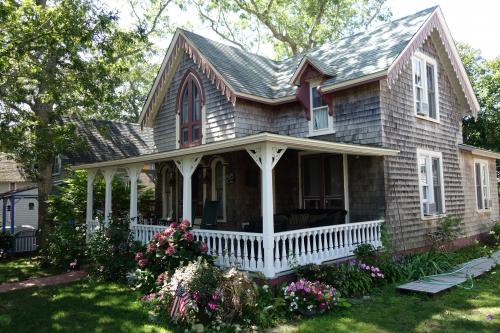 The gingerbread houses in Oak Bluffs are a must-see attraction on Martha's Vineyard. These charming homes will enchant kids and adults alike.