I have been in New York for the last six days on business. Though most of my time has been with my client, I have been able to share a few meals with friends in between meetings.

On Saturday morning I took the subway to the Upper West Side to meet two family friends for brunch. They let me pick the location and after some quick Google research, I suggested Jacob's Pickles. The restaurant is known for its Southern-style comfort food.

I arrived about 10 minutes early to put our name in. A line was already snaking out of the front door and the hostess informed me it would be a 20 - 30 minute wait. Since it was a beautiful fall day and the sun was shining, I didn't mind waiting outside.

When my friends arrived I asked if they had dined here before. One had and said, "Oh yeah, I have been here before. This place is like the Williamsburg of the Upper West Side."

While we were waiting, I snuck inside to snap a few photos. The exposed brick walls were lined with gourds, an homage to the fall season.

The bar area was bustling. The wall behind the bar was lined from the counter to the ceiling with glass bottles.

We wound up waiting about 35 minutes before our names were called. The hostess walked us through the bar area into the rear dining room and sat us at a communal table. We were at the far end and a party of eight was seated next to us.

We had a super charming waiter who brought us menus and waters. He came back moments later to take our drink orders. My friend decided on the jam jar, a cocktail of house infused strawberry gin mixed with lemonade and garnished with sliced strawberries.

I love strawberry lemonade (especially the Cheesecake Factory version with the sugar rim) and this tasted even more fresh, with just a hint of booze. This is dangerously drinkable!

It will come as no surprise that I ordered the Bloody Mary. It came garnished with a celery stalk, a pickled carrort, a pickled green bean and one pickle spear.

The Bloody Mary itself had just the right amount of spice.

They also make a version they called the Bloody BLT which comes with a full leaf of lettuce, a strip of crispy bacon and a jalapeño pickled egg.

We couldn't come to a place called Jacob's Pickles and not try a pickle dish. To begin, we shared a plate of the fried pickles. They were lightly battered, topped with fresh dill and served with a spicy mayo.

The batter tasted just like tempura. The spicy mayo for dipping was a perfect compliment.

After a few bites my friend said, "This tastes like Thanksgiving dinner in breakfast form." Our other friend chimed in, "It's almost like a mash up of bread pudding and pumpkin pie."

I took a few forkfuls and it was incredible. Wonderfully sweet, but also bursting with fall flavor. The portion is enormous. I think it would take four people to clean the plate.

To my right, a friend ordered the bacon, egg and cheese biscuit sandwich. It came blanketed in shredded cheese.

After cutting into the monster sized sandwich she said, "This is definitely enough for two people. The biscuit is light and fluffy and the egg and cheese taste really delicious together. This is like a hipster egg McMuffin on steroids."

To go with her sandwich she also ordered a side of fruit. Typically when you order fruit on the side it's either just one kind (cantalope) or it's a tiny portion, maybe half a cup. This side of fruit was enough for the whole table!

For my meal I decided on the veggie omelette. It was stuffed with spinach, mushrooms, tomatoes and Vermont cheddar cheese. There were tons of veggies and gooey cheese in every single bite.

The plate also featured crispy home fries with green peppers and onions. Our waiter brought over housemade ketchup and hot sauce for the home fries.

If you didn't notice a theme with these dishes, let me spell it out - the portions at Jacob's Pickles are huge. Every single plate is enough for two people, sometimes more. I would recommend ordering a couple of dishes to share, realizing you'll be taking half of every plate home.

The food was well worth the 35 minute wait. Each of us absolutely loved what we ordered, both cocktails and food. I still want to try the deviled eggs (which I saw at another table and looked epic), the egg and cheese biscuit sandwich, the banana pancakes and the mushroom mac and cheese.

I also want to mention that Jacob's Pickles has amazing taste in music. They were playing Michael Jackson the entire time we were seated - Billy Jean, PYT, Rock Your World - there were even a few Jackson 5 hits thrown in.

If you're looking for a place to meet friends in the Upper West Side, Jacob's Pickles should be at the top of your list, especially for brunch.

I've never been for brunch but now I definitely. will! I'll have to drag our butts out of bed early on a weekend morning!

My mouth is watering after seeing those picture. I would love to visit here and I will do it someday. New York for me is a place where you want to eat something delicious and drink. Thanks for sharing this.

This place is not just for pickles lover. But for everyone. I really love the food here. I visit here twice already. Would love to make it regular if I am on the city.

One of the greatest restaurant, bar or whatever you call it. Would love to be back in here again.

Would love to eat brunch here.

Would love to visit this place soon. Thanks for sharing this article.

Gonna visit the upper west side because of this. Thanks for sharing this article.
Signature Virtual Assistance, Inc. 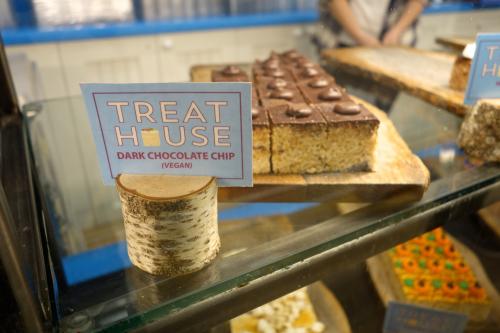 Only in New York City can you find an entire bakery dedicated to Rice Krispie treats! As I walked toward the storefront I felt a magnetic pull drawing me toward the front window.  Like a child, I pressed both hands (and my nose) against the glass to get a closer look. 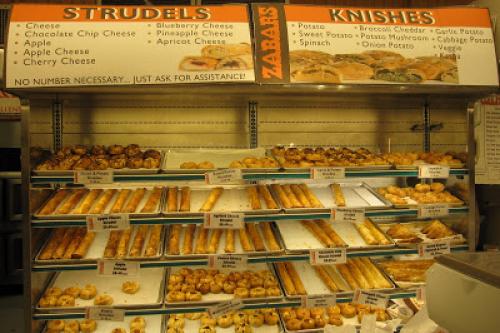 Admittedly, I had never heard of Zabar's until the episode of "Sex and the City" where Charlotte prepares her first Shabbat dinner and goes to Zabar's to grocery shop. When my New York City hostess suggested we go on a culinary expedition to the store, I couldn't resist. It was Monday night at the end of a long weekend and Zabar's was packed! 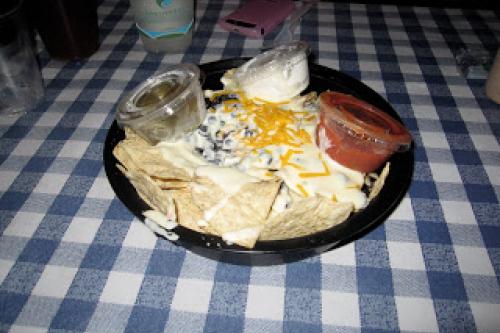 Saturday night of my New York City weekend I met two of my best girlfriends at Boat Basin Cafe.