In preparation for my first-ever trip to Portland, ME I asked family, friends and co-workers for their recommendations. The one place on every single person's list was Holy Donut. It even made The New York Times 36 Hours in Portland travel feature.

Holy Donut has two locations, one in the west end and one in the heart of downtown Portland. Our B&B was just a few blocks from the west end location so on our final morning in town we headed straight there for breakfast.

The decor inside the bakery is an homage to America's favorite breakfast treat - the donut.

They even sell donut-scented candles!

I must admit, the vanilla glaze donut scent was pretty intoxicating.

When we arrived the line was about 15 people deep. It was fun to watch kids approach the counter, totally wide eyed, as they attempted to narrow their big eyes down to just one choice.

Once you've selected your donut flavors, you can enjoy those treats on a comfy leather couch in the bakery. While we were waiting in line a dad was sitting on the couch reading the comics in the newspaper to his two year old son. So cute!

Knowing I might not be back to Portland for a while, I decided to order a half dozen donuts. They were packed up into this adorable box.

I went with the cannoli donut (yes, that's a thing), the triple berry, the toasted coconut, the apple cider (a seasonal special), the coffee cake crunch and the dark chocolate sea salt.

Holy Donut's secret to their incredibly popular donuts is that they are made with Maine potatoes. The potato base gives each and every donut a moistness, ensuring you never bite into a dry donut. You can read more about their initial recipe testing and the ingredients for the donuts here.

The first donut I wanted to taste was the dark chocolate sea salt. As a little girl I always loved the chocolate glazed Dunkin' Donuts munchkins, so of course I gravitated toward the chocolate first.

It tasted like everything I love about that chocolate donut holes, plus the addition of a hint of salt in the glaze. My mom took one bite and said, "Mmm. Salty!"

Next up we cut into the Holy Cannoli donut. It was so delicious and so decadent!

The ricotta filling tasted like it had a squeeze of lemon.

That morning the bakery was also offering a blueberry cannoli donut which seemed to be very popular among the locals.

After we devoured those two, we took the other four home. That night we cut into the remaining donuts for dessert.

I was most excited to try to the toasted coconut. I love coconut, especially Almond Joy candy bars. The Holy Donut version has a very thick layer of toasted coconut blanketing the top.

I didn't think anything could top the cannoli donut, but the toasted coconut was definitely my favorite. That flavor just transports you to the tropics!

We cut into the apple cider donut next. The apple flavor was very subtle. I think it would have tasted even better dunked into hot apple cider.

I was very intrigued by the coffee cake crunch donut. I love donuts and coffee cake but I would never have thought to cross-pollinate them. The result is a donut rolled in cinnamon sugar with a fantastic texture and crunch. If you are a coffee drinker, this would be the perfect compliment to your morning brew.

The last one we tried was the triple berry. Any surprise I left the fruit donut for last? I wasn't going to order this one, but I saw a ton of people in line getting it, so I thought there must be something extra tasty about it. In fact, one little girl (probably three) shouted "I want the purple one!" with such conviction that I felt I shouldn't resist it.

The triple berry was indeed yummy. There wasn't a particular berry flavor that stood out, like strawberry or blueberry, but it had a nice sweetness to the glaze.

Because the donuts are so filling, we weren't able to finish all four of the ones we brought home. I kept them overnight and cut them up for my breakfast the next morning. I'm sad to say, they didn't taste great on day two. When you visit Holy Donut, definitely make sure to eat the donuts right away to enjoy their maximum flavor.

Holy Donut is a Portland must. I highly recommend the toasted coconut and the Holy Cannoli.

I saw they have gluten-free donuts!!! Score!!

Yes! A major plus!

I haven't seen potato donuts since I left Idaho!!! This adorable couple used to sell them from a tiny cart at the weekly farmer's market and they are my absolute favorite!

And now you can get them here on the east coast!

It is said that - going by current statistics - we have more people playing casino games over the Internet than in brick and mortar casinos. This is remarkable, because less than ten years ago, the Internet casino concept was still at its infancy - an idea whose feasibility was still a subject of debate. idn live

Going to graduate school was a positive decision for me. I enjoyed the coursework, the presentations, the fellow students, and the professors. And since my company reimbursed 100% of the tuition, the only cost that I had to pay on my own was for books and supplies. Otherwise, I received a free master’s degree. All that I had to invest was my time. Buy CBD Online

What is an outstanding post! “I’ll be back” (to read more of your content). Thanks for the nudge! แทง บาคาร่า

It was a very good post indeed. I thoroughly enjoyed reading it in my lunch time. Will surely come and visit this blog more often. Thanks for sharing. buy youtube likes 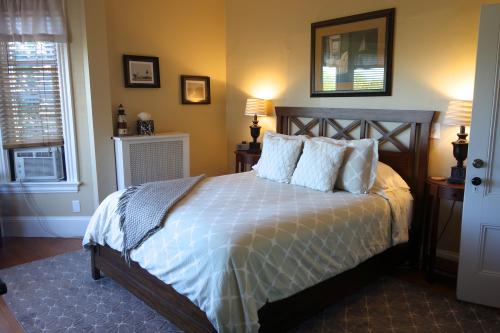 Earlier this month my mom and I took a mother / daughter road trip to Portland, ME. Though I have been to several other towns in Maine, I have never explored Portland.  You may remember that in 2015 traveling to Portland was on my list of new year's resolutions. I made 15 resolutions for 2015 (the marketer in me couldn't resist) and I accomplished 13 of them. Visiting Portland was one of two resolutions I didn't achieve (the other was taking a cooking class at BCAE). 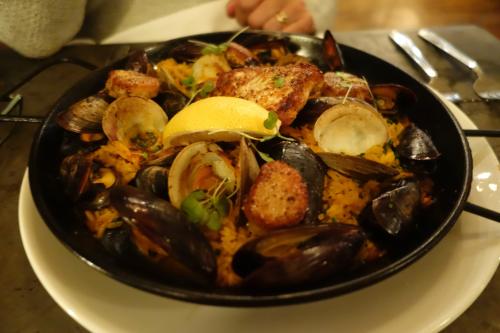 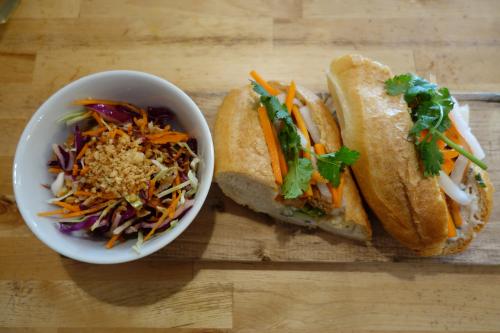 One of my favorite meals during my trip to Portland, ME was at the Green Elephant. A family friend recommended the restaurant, knowing we were having a tough time finding restaurants with great vegetarian options.