Every Thursday night for the past 10 years I've had dinner with one of my best friends from college. When we graduated in May 2006, she moved to Brighton and I moved to Somerville. Despite living across the river from one another, we made a pact to get together every single Thursday to catch up. In our early 20s we ordered take out and watched "Grey's Anatomy" and now in our 30s we use our Thursday nights to try new restaurants.

For our final meal in 2015 we made a reservation at Branch Line in Watertown. For those who are not familiar, Branch Line is the latest project from the restaurant group that runs Eastern Standard, Island Creek Oyster Bar, The Hawthorne and Row 34. I had been tracking the opening date for months on Eater and when their doors finally opened, it took us a few weeks to get a reservation.

The night of our dinner was one of the first bitter cold nights of the winter. It had snowed and rained the day before and frozen overnight, so the entire parking lot was a giant sheet of ice. We skated toward the the front door.

Branch Line is located in the newly named Arsenal Projet, which also houses Casa de Pedro and Panera Bread. There is a free parking lot directly in front of the restaurant (perks of the 'burbs!).

We stepped inside and immediately felt the warmth of the space. The orb light fixtures over the bar cast a beautiful glow over the dining room.

All of the tables in the dining room have views of the bustling open kitchen.

We gave our name to the hostess and were seated right away. We were also introduced to the manager who could be Jesse Tyler Ferguson's identical twin (Uncle Mitch on "Modern Family").

Our waitress, Christina, came over and introduced herself. She gave each of a us a food menu, wine menu and draft beer list.

We were both in the mood for wine, but when we started to read through the selections we felt discouraged. We didn't see anything we recognized or felt confident ordering. Thankfully, Christina returned to see if we had any questions. I piped up and said, "I typically drink Sauvignon Blanc. Do you have something that might taste similar?" She suggested either the Veremintu or the Rossane. She could see that we were still hesitating, so she offered to let us take a sip of each one before placing a full order. How nice is that?

Christina's recommendations were excellent. I ordered a glass of the Rossane and my Thursday night date ordered the Veremintu.

While we mulled over the dinner menu, we were given a basket of bread and some olive oil to nosh on.

As we looked over the menu options, we found ourselves intrigued by multiple dishes. Rather than limiting ourselves, we decided to order several (and I mean several) dishes to share.

The first to arrive was the fried cheese. Each cube was lightly battered and had a slight crisp. Unfortunately, the dipping sauce (like a vodka sauce) was thin and runny, so it didn't really stick to the cubes when you dunked them. That being said, the fried cheese on its own was very tasty.

Next up was the salted avocado with marjoram, mustard seed and ricotta salata. This avocado was incredible. The slices of avocado tasted creamy and buttery and the marjoram added a unique, savory seasoning.

Up to this point I would have told you the best avocado dish in Boston is at Trade. Branch Line's version knocked that dish down into the #2 spot!

We also ordered the sugar snap pea salad with marcona almonds, ricotta cheese and mint. The pea pods were julienned, but they still maintained their singature snap with every bite. The salad was dressed with lemon juice which gave it a nice, citrusy punch. My dinner date said, "I could seriously eat this salad every single day."

Though almost every dish we had was vegetarian, my bestie did order one meat dish, the marinated lamb skewer. It came with a cucumber tzatziki sauce and grilled pita bread.

When I asked for her opinion on the dish, she replied, "I think I was expecting a bigger portion. This is just one skewer with only three pieces of lamb. The dip and the pita bread weren't really anything special. We've had so many superior dishes tonight. I wouldn't order this again."

Speaking of portion sizes, we were shocked by the generous size of the rotisserie cauliflower dish. It was an entire head of cauliflower, served with grilled mushrooms, squash and gremolata.

I really loved this dish for the first four bites and then it started to taste a bit one note. If you are planning to share this amongst a table a friends, it would be perfect.

Though we'd already had several apps and two larger plates, we also wanted to sample the side dishes. There was a special that evening - brussels sprouts with pistachios and shredded cheese. These were very yumy and I'm glad we ordered them.

Of my friends who had been to Branch Line, everyone was raving about the fried potatoes. As you can see, they are topped with the same shredded cheese as the brussels sprouts. These potatoes were expertly crisped, but they could have used a patatas bravas-like sauce or aioli to go with them.

When we first placed our order, we asked Christina if she thought there was anything we absolutely had to have and she said, "The carrots!" We were both a bit skeptical because what could be so great about a carrot side dish, but boy were we wrong. The Branch Line carrots are slow roasted for two and a half hours and then served over a lemon yogurt. The carrots melt in your mouth.

You would think that at this point we'd had enough. Nope! Of course we wanted dessert.

The Branch Line dessert menu is very small and nothing jumped out at us immediately, so again we turned to Christina for her counsel. She said the best dessert on the menu is the sweet cream ice cream with hazelnuts and caramel. She also suggested we enjoy it with a glass of tawny port. I had never tasted port before, so I was unsure if I'd like it. Ever the accommodating server, she allowed us to order one glass and share it.

I don't normally enjoy ice cream that isn't a chocolate base or packed with candy, but this was exceptional. The combination of the rich, sweet cream flavor with the crunch of the hazelnuts and the decadence of the caramel was pure heaven. And, just as Christina said it would, it tasted even better when you took a bite, then had a sip of the port.

Because I couldn't leave without trying at least one chocolate dessert, we also ordered the mocha milkshake. It comes in a coffee mug and definitely takes more like a slushie than a milkshake. The consistency was too icy.

After three courses and two rounds of drinks we were completely stuffed! I had very high expectations for Branch Line and they were superceded. The dining room is warm and inviting, the food is fantastic and memorable and the service is top notch. A huge thank you to our waitress Christina who was really and truly our guide and always steered us toward the best items on the menu.

I can't wait to go back to Branch Line and try more dishes. I'm also looking forward to the warmer weather when we can enjoy their outdoor patio and bocce courts.

Have you been to Branch Line? Did you have a favorite dish?

Excellent review! Love this new spot so much!

As an aside - I can't believe you never had port!! Isn't is great?!

I was embarrassed to admit it was my first port. I was skeptical, but I really loved it! 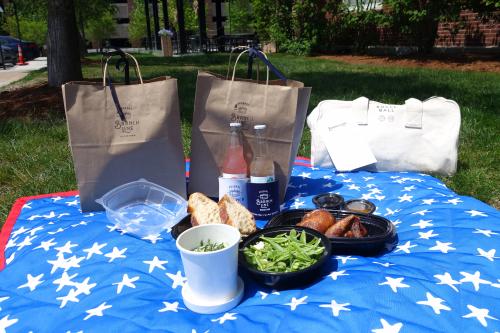 Because I dine out so often and I've lived in Boston my whole life, people often ask me, "If you had to choose, what would you say is your favorite restaurant in Boston?" I think they expect it to be difficult for me to narrow it down or to feel like it's equivalent to being asked to pick a favorite child, but I always answer with zero hesitation, "Eastern Standard." For those who haven't been, Eastern Standard is located in Kenmore Square, just steps from Fenway Park.

One of the best parts of relocating to a new city is getting to try all the restaurants! Since moving to Watertown in August I have been having a blast checking out as many new spots as can. This week I ventured to a local Italian place called Porcini's. Porcini's is right off Arsenal Street at the corner of School Street. Some of you may know this corner for the restaurant across the street, Strip T's. Porcini's has a big awning out front over their brick building. The entrance to the restaurant was glowing from their holiday lights. 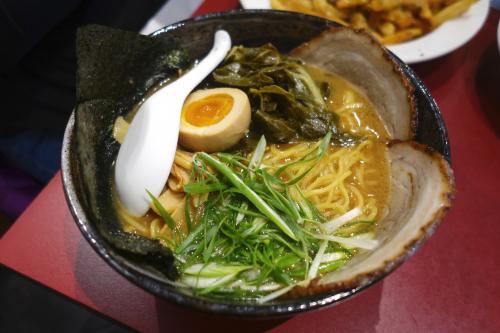 On July 31, 2012 I closed on my very first home. I was ecstatic. I would spend the next couple of days packing up my rental apartment in Oak Square in Brighton before moving to my new digs in Watertown.