I have been saying this all year, but publishing my 2015 new year's resolutions here on the blog has really held me super accountable and made me exponentially more excited to share my progress.

Today I am happy to report that I have crossed another resolution off the list! Number nine - donate my hair.

I started growing my hair back in the summer of 2013 when my sister got engaged. I knew I wanted to have a fancy up do for her wedding in April 2014, so I was determined to get my tresses as long as possible.

Once the wedding was over, I was still kind of into my long locks, so I just kept right on growing them.

When it came time to write down my new years resolutions, I decided that at some point in 2015 I would part ways with my mane and send it off to a much worthier cause, Pantene Beautiful Lengths. (Sidebar, I have donated my hair twice before).

For those who are not familiar, Pantene Beautiful Lengths accepts hair eight inches or longer and turns those donations into real hair wigs for women battling cancer. They distribute the wigs through the American Cancer Society at zero cost to the patient. To date, more than 800,000 pony tails have been donated, resulting in over 42,000 wigs.

In August, I finally set the date for the big chop. I chose Saturday of Labor Day weekend. That Friday at work I was starting to feel sad about losing my locks, so I snapped a quick picture (without even realizing it, I was wearing black in mourning). 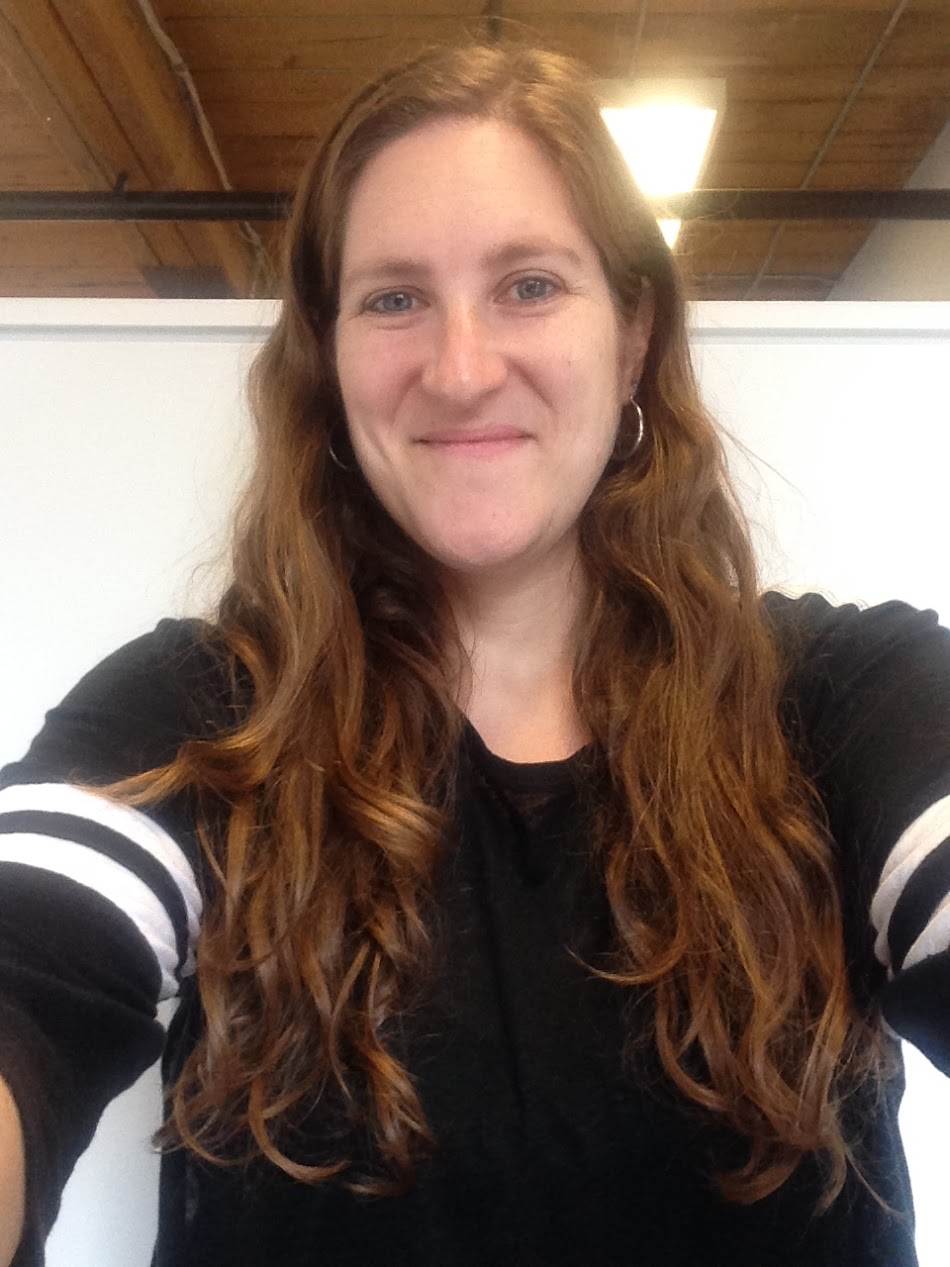 The day of the cut, I felt I should pay my final respects to my hair, so I washed, blow dried and straightened it. 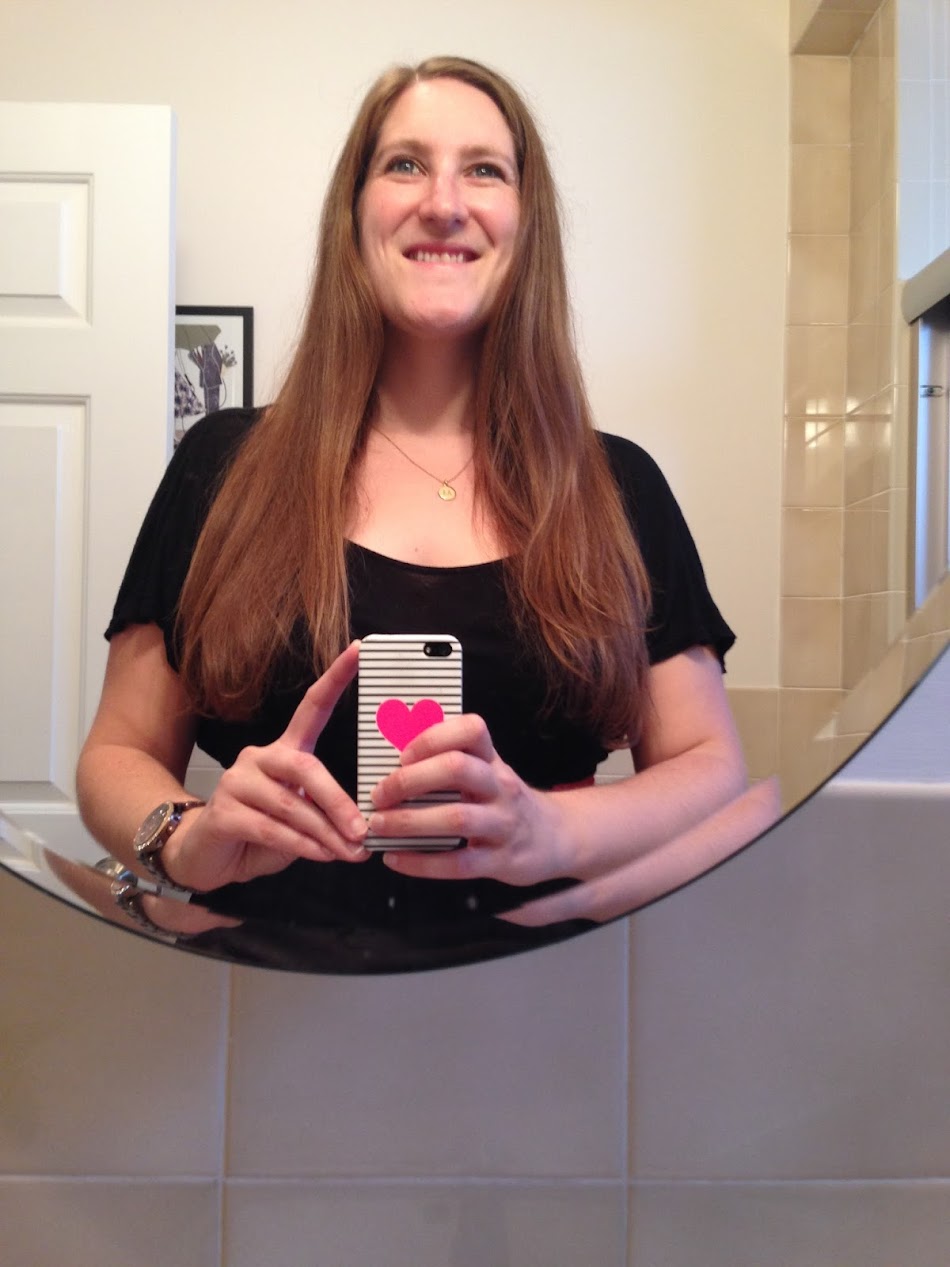 Since this was such a momentous occasion, I even broke out the real camera to capture it. 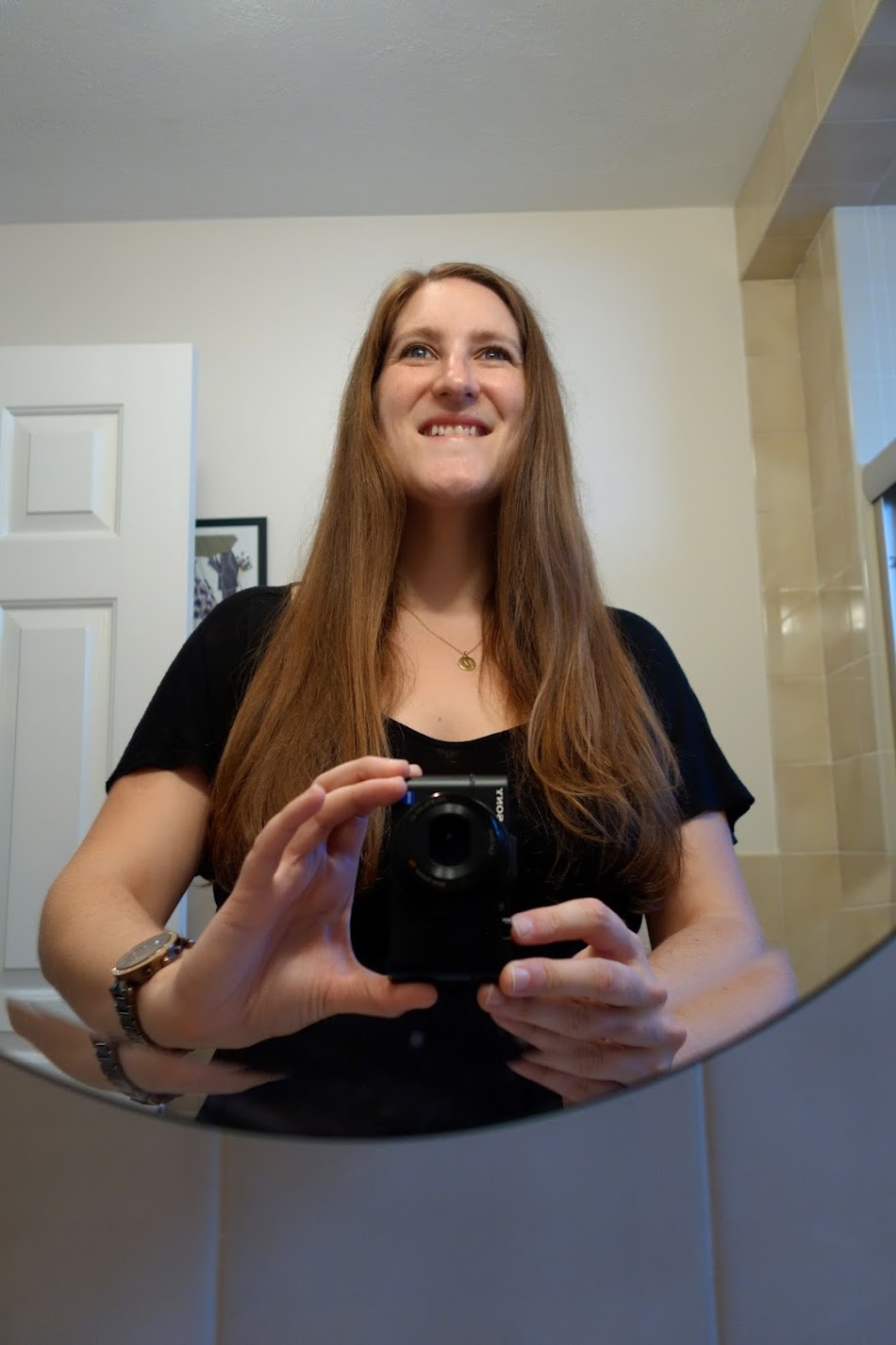 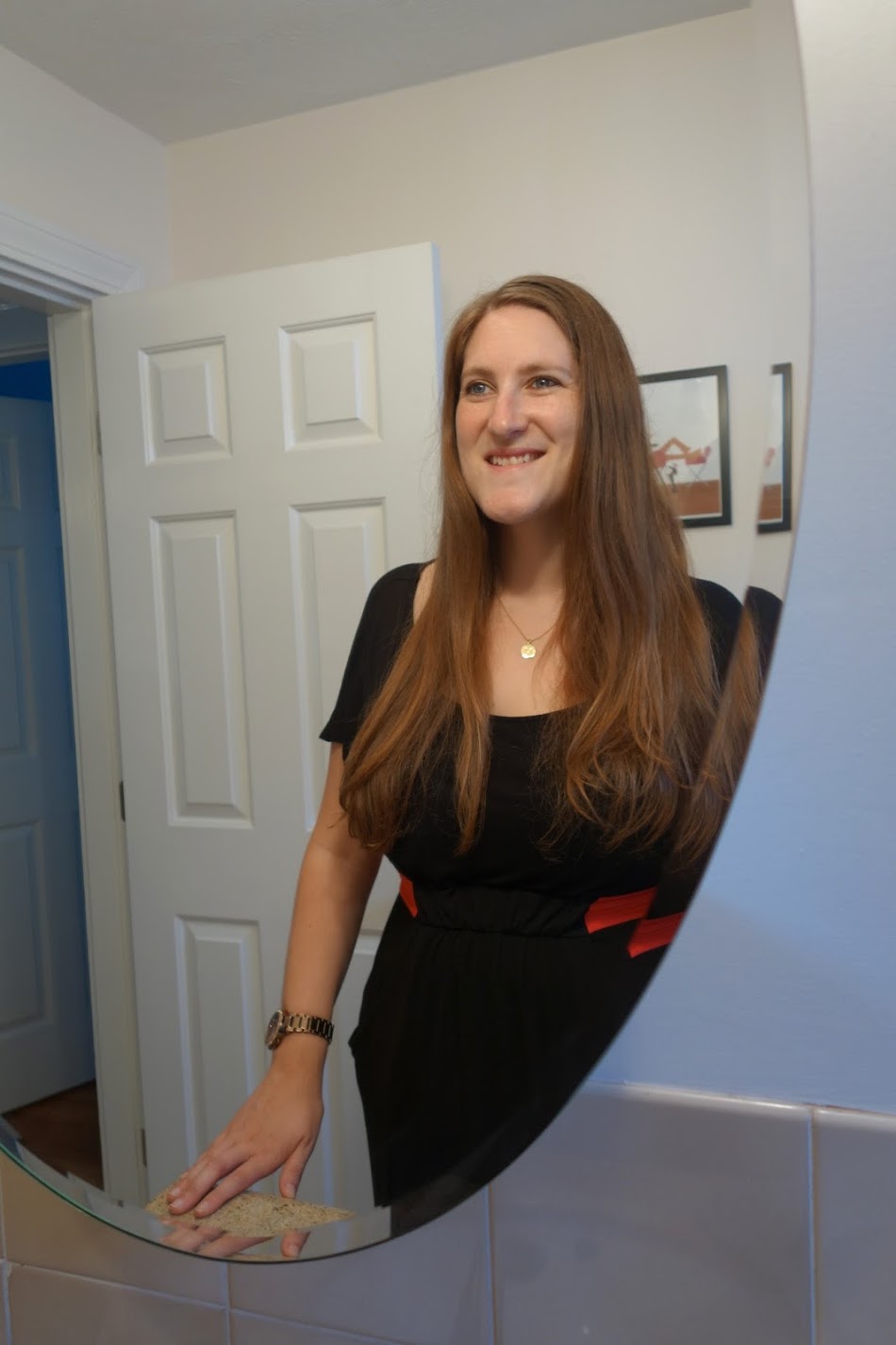 My appointment was at Judy Jetson in Porter Square in Cambridge. I had been there in April for a trim and told the stylist my intentions then.

As the first step, she took my hair and separated it into several pony tails. 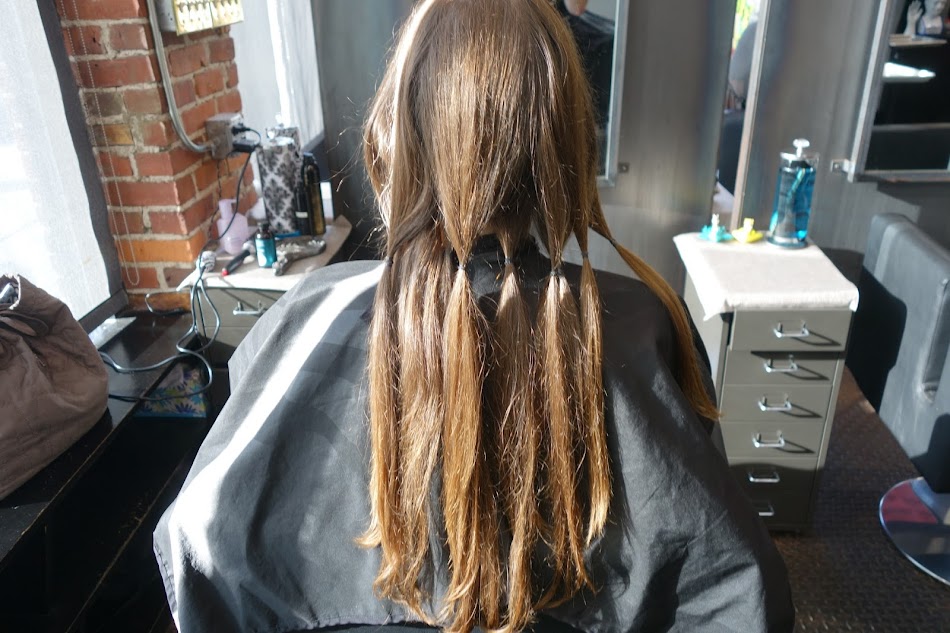 Here I am trying to smile, but really freaking out! Since this wasn't my first time cutting off this much hair, I hadn't anticipated feeling emotional about it. I really thought, "You've got this. You've done this. It will just be a different look." 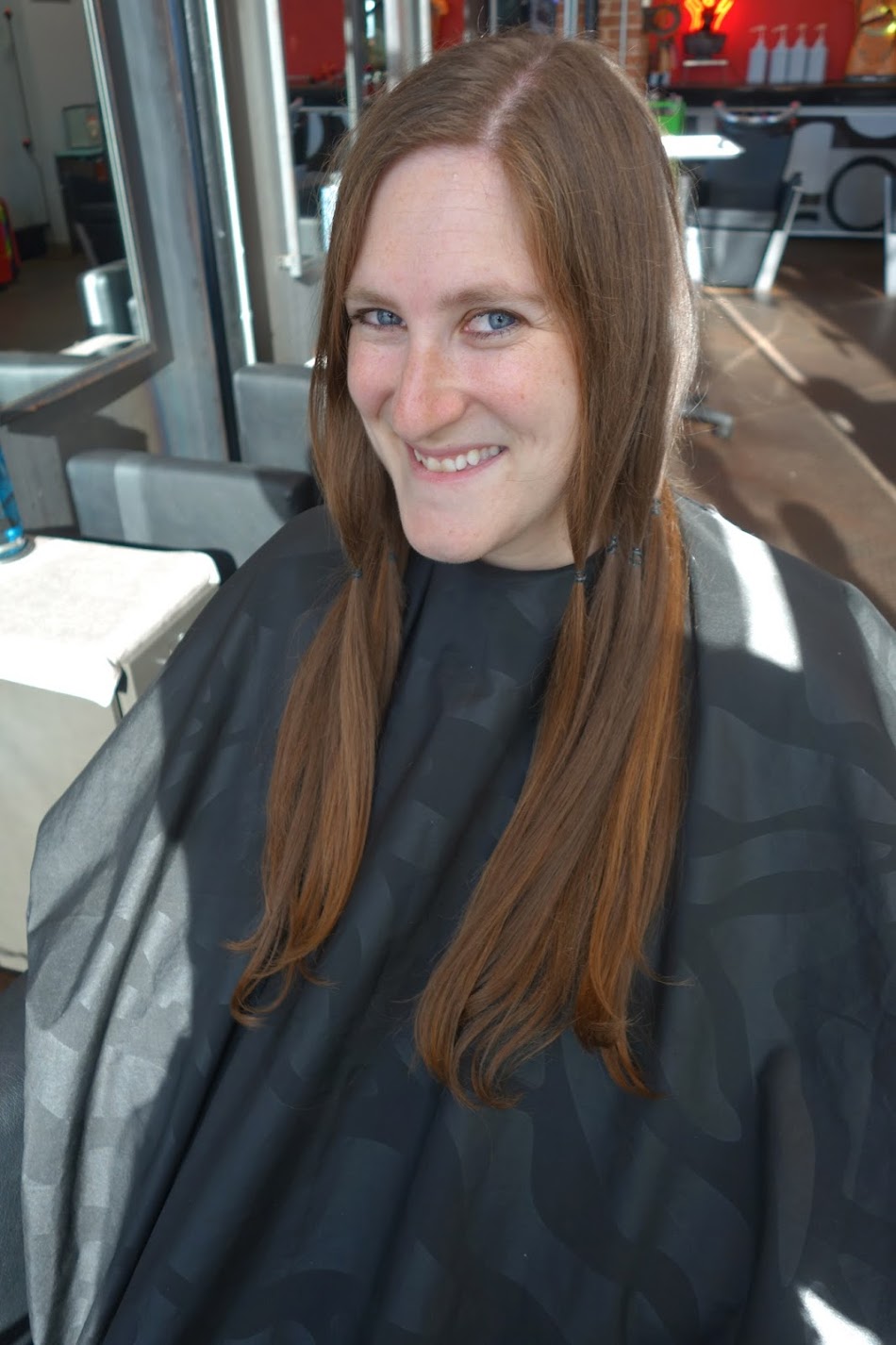 Seconds after the above picture was taken, the stylist began snipping. All of a sudden I could feel a draft on my neck and shoulders. It was gone.

As I reminder, here is the "before" picture: 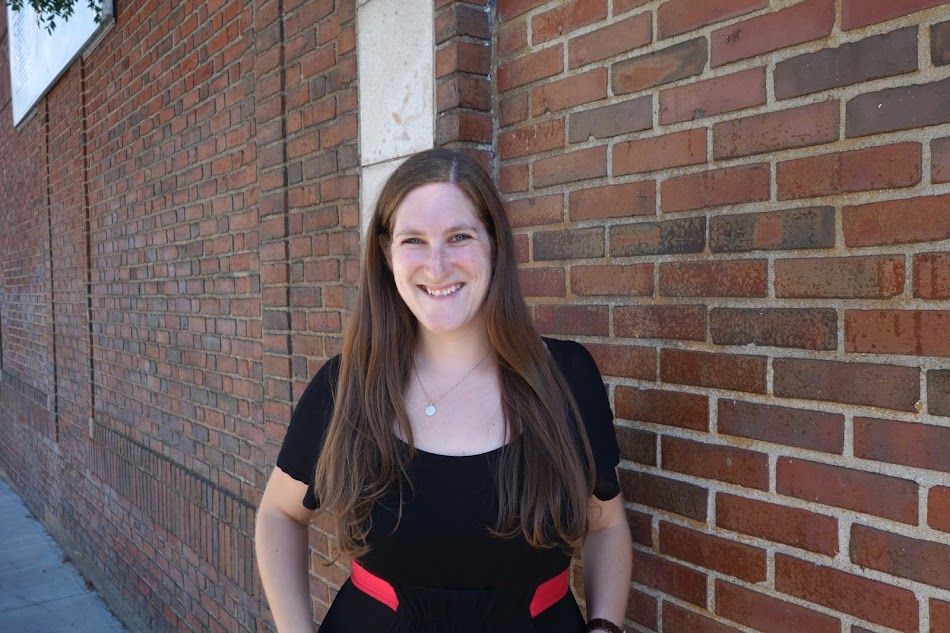 And here is the "after" (nearly a foot lighter!): 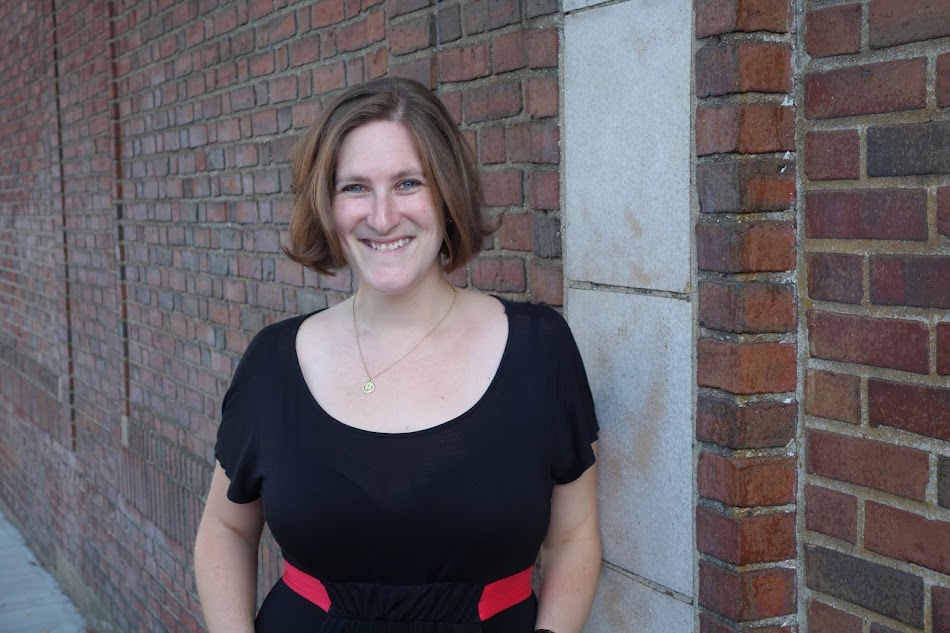 Judy Jetson has a giant Andy Warhol print of Jackie O and I felt I should be photographed next to her, as I stole her look. 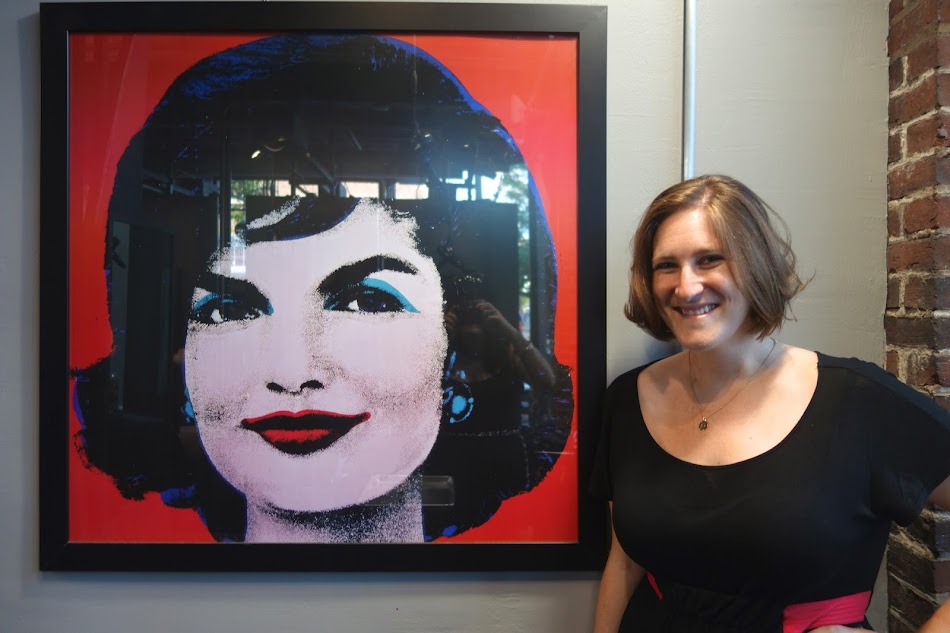 Once the shock of losing all my hair wore off, I started to panic. I had asked her to cut my hair "at the shoulders" and as you can see, it is above my chin! I can't get it into a pony tail or even half up. In a moment of major skepticism, I took this photo. If we're connected on Instagram (@mollygaller) then you've already seen it. 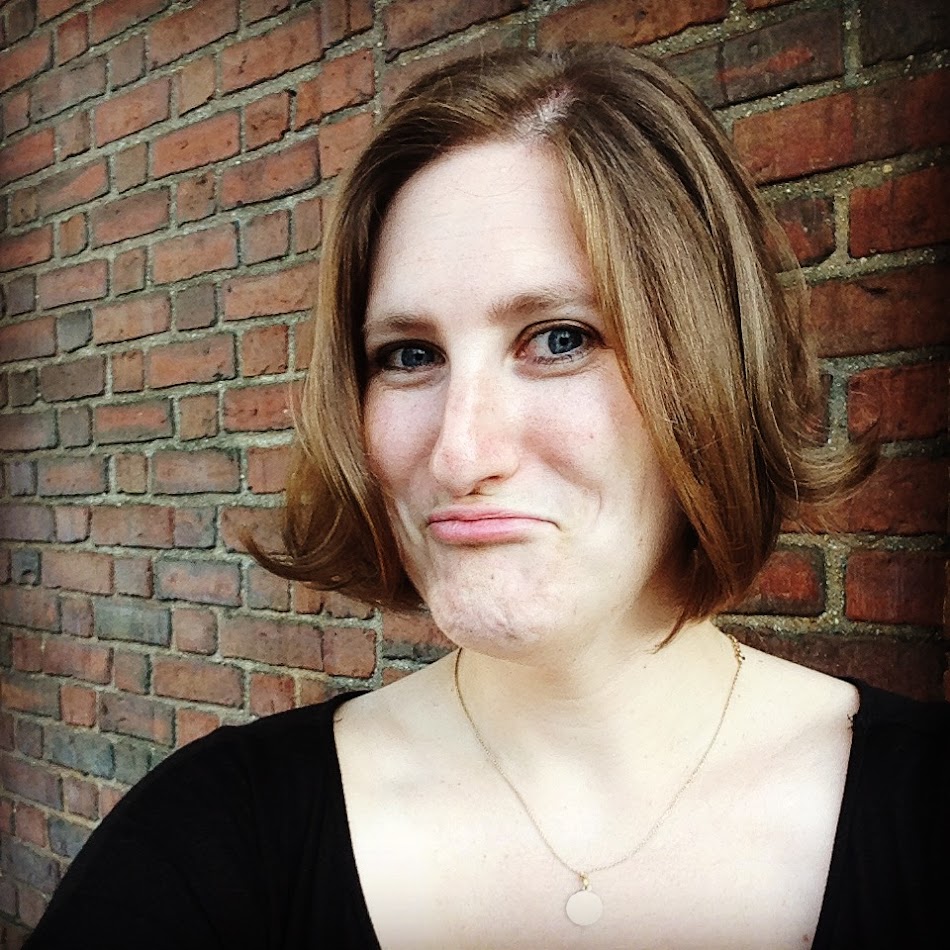 Since the day of the cut, I have been pretty sad. While I am so happy to have donated my hair to such an important cause, I really don't feel like myself. With long hair I always felt so glamours and put together. This hair is wild and nearly impossible to tame since there is hardly any of it!

The one upside was some serious beach waves after a day at Jenness State Beach in Rye, NH over the long weekend. 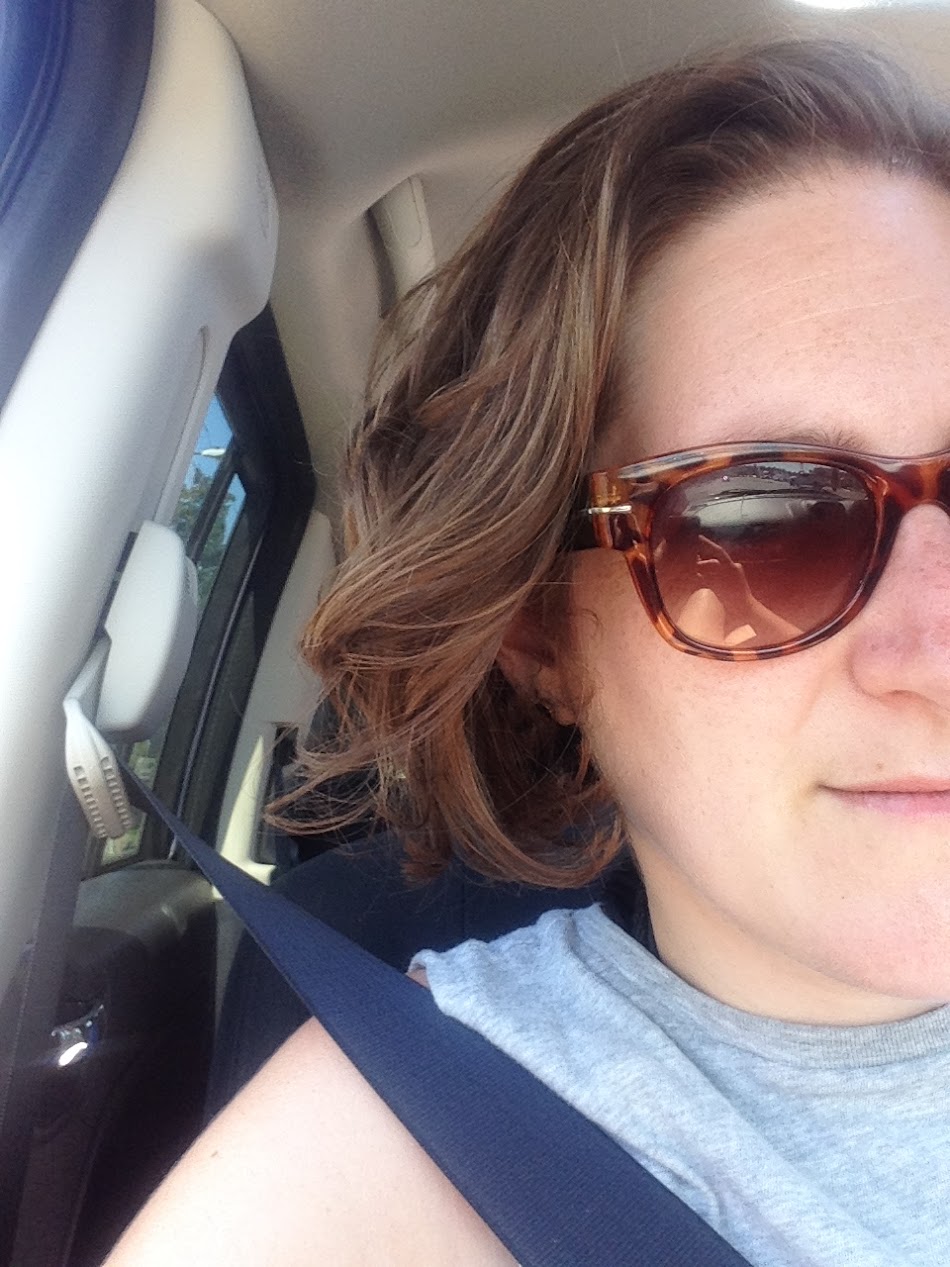 With my hair donated, I have officially accomplished eight of my fifteen resolutions! I have five more in progress and just two more on the back burner.

Tell me, have you ever donated your hair? Did you love the new cut right away or did it take you a while to get used to your new look?

My New year resolution for 2015 was to stick to what I say I'm going to do and to ... when my hair is long enough I will be shaving it off and donating it to the Little ...
by [url=https://followersuk.uk/] buy followers on instagram uk[/url]

My New year resolution for 2015 was to stick to what I say I'm going to do and to ... when my hair is long enough I will be shaving it off and donating it to the Little ...
by buy followers on instagram uk

Fancy saving someone's life in 2015? One in four of us will ... Have a sponsored hair cut and donate your hair to charity. The Little Princess ... by [url=http://followersuk.co.uk/] buy real instagram followers uk[/url]

Fancy saving someone's life in 2015? One in four of us will ... Have a sponsored hair cut and donate your hair to charity. The Little Princess ... by buy real instagram followers uk

Fundraise & donate your hair to create wigs for those who have lost their hair due to a medical condition while helping provide equipment & services.
buy instagram followers australia

... simply can't keep. I hope we shall keep these resolutions throughout 2015. ... You will be saving money while giving your hair the best treatment. If you need ...
Followers italy

Popbopshopblog has the lowest Google pagerank and bad results in terms of Yandex topical citation index. by epicfollowerscanada

Recently, I have commenced a blog the info you give on this site has encouraged and benefited me hugely. Thanks for all of your time & work. dark web wallet

This article is an appealing wealth of informative data that is interesting and well-written. I commend your hard work on this and thank you for this information. You’ve got what it takes to get attention. ghế văn phòng cao cấp nhập khẩu

Recently, I have commenced a blog the info you give on this site has encouraged and benefited me hugely. Thanks for all of your time & work. csgo trade

END_OF_DOCUMENT_TOKEN_TO_BE_REPLACED 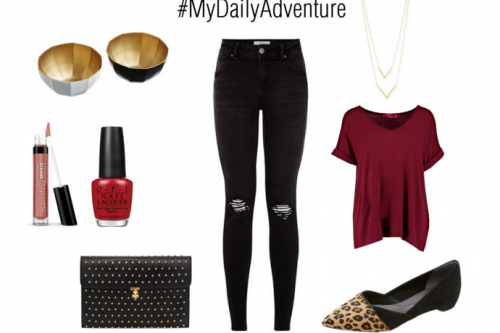 It's official, I'm a Rockport girl. 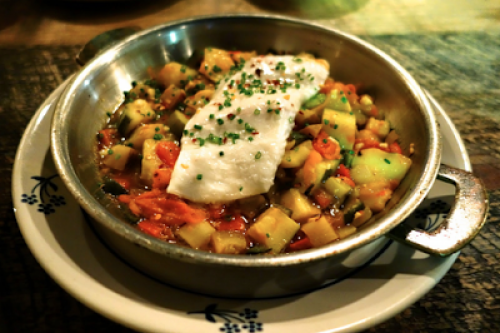 If you've been living in the Boston area for a while, then you've certainly been experiencing the revitalization of East Somerville. It seems like every week a new restaurant, bar or shop is opening somewhere along Broadway, adding new energy to the neighborhood. 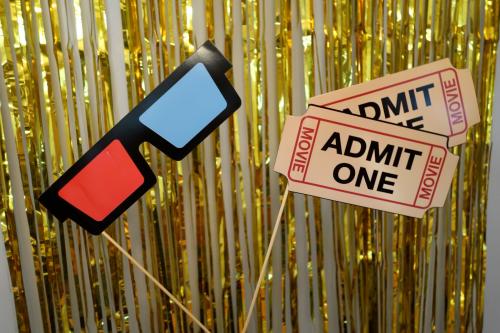 Growing up, my mom used to have all the mothers in our neighborhood over for awards shows. We'd all gather in our living room, in pajamas, noshing on snacks, commenting on the red carpet looks and sharing our thoughts on the movies and TV shows we'd seen from the nominee list. Now, in my own home, I carry on that tradition by hosting annual viewing parties for the Golden Globes, the Oscars and the Emmys.