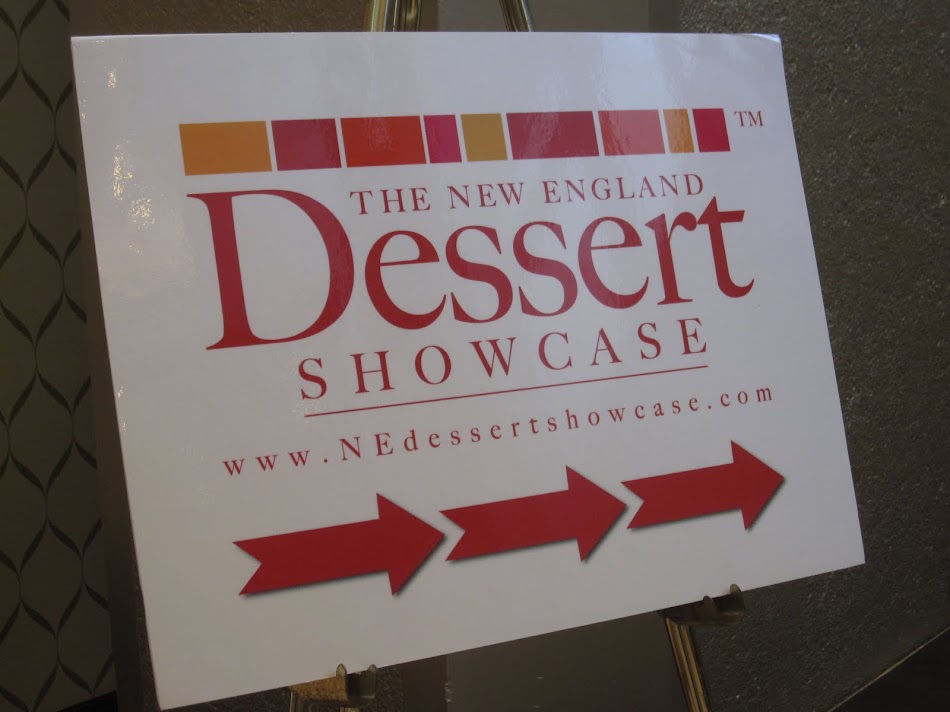 Back in June one of my college girlfriends sent me an email with a Living Social deal for tickets to the New England Dessert Showcase. I had wanted to go last year, but the event was on the Jewish holiday of Yom Kippur. Poor planning and a little insensitive if you ask me. Point being, I was happy that this year not only could I go, but I could get the tickets at a discounted price!

Flash forward to yesterday, a full three months later. We arrived at the Sheraton Hotel in Back Bay at 3:00pm and followed signs for the showcase. 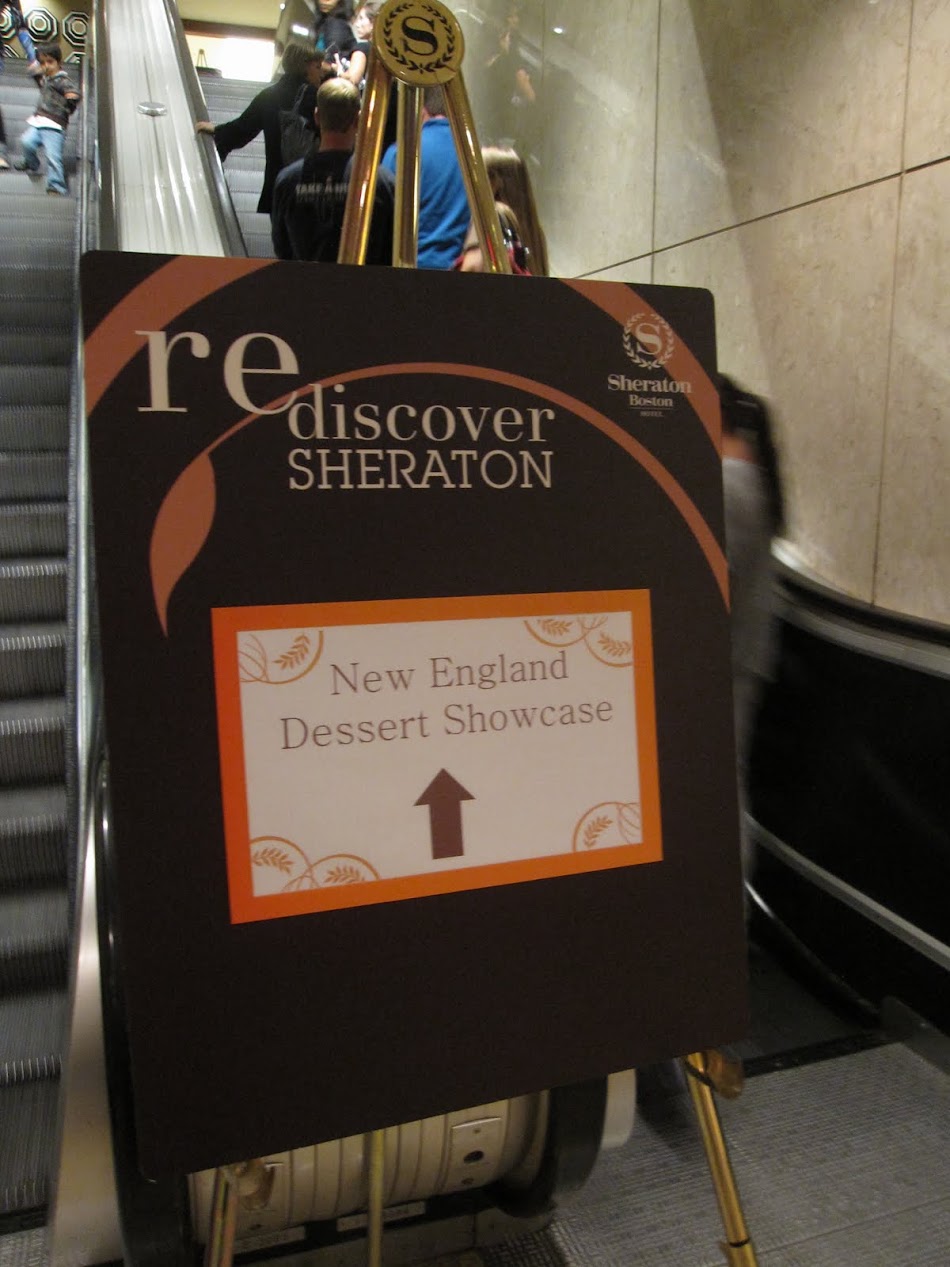 After going up the escalator and walking down a long hallway we arrived at the doors. Before we even handed over our tickets there was cake! In fact, three kinds of cake! 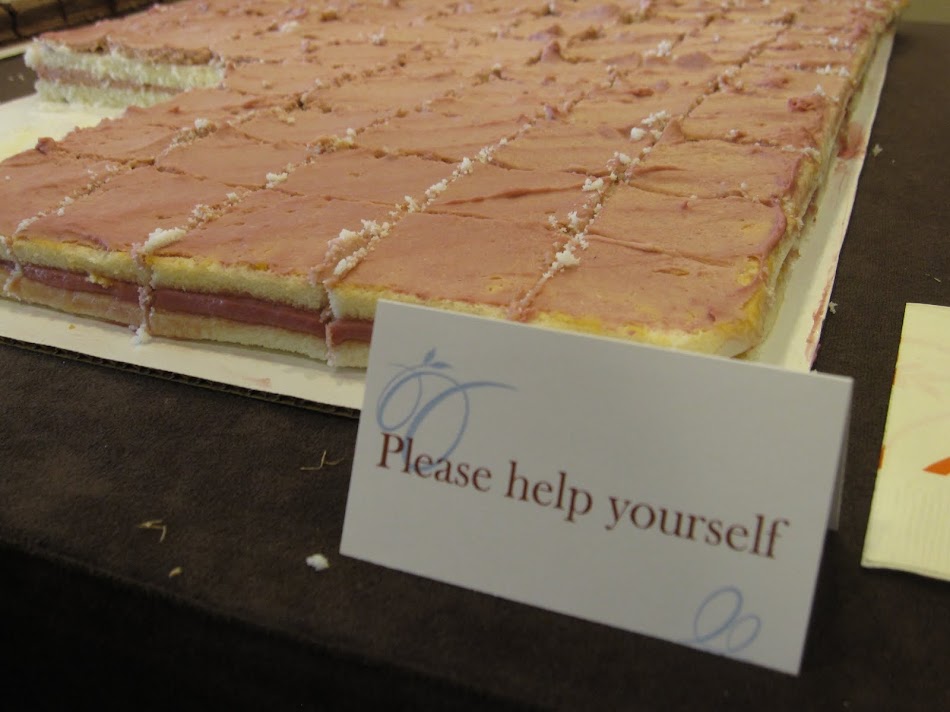 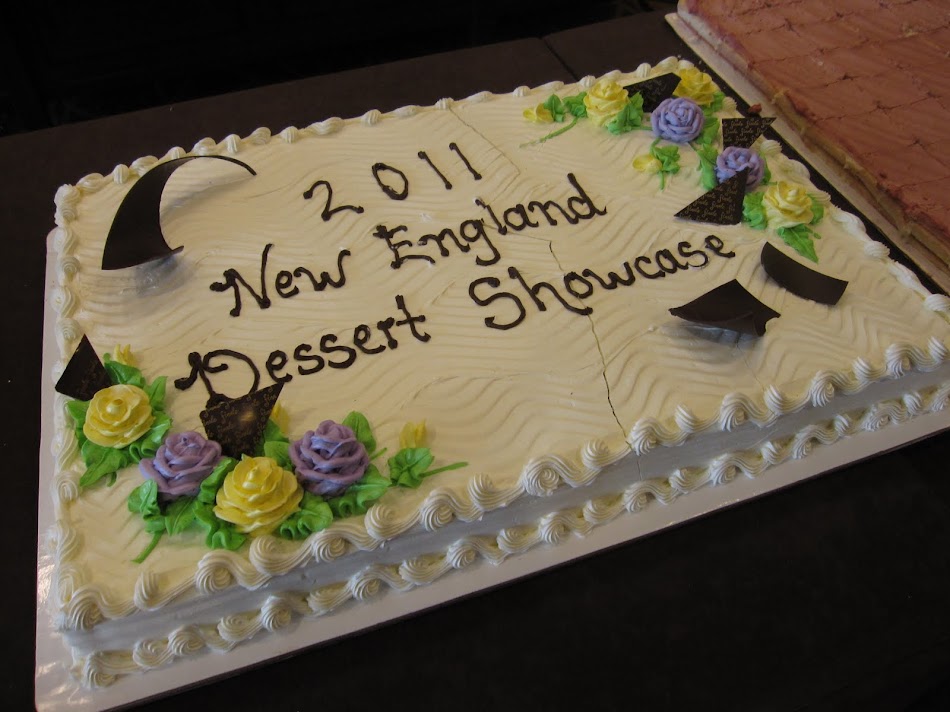 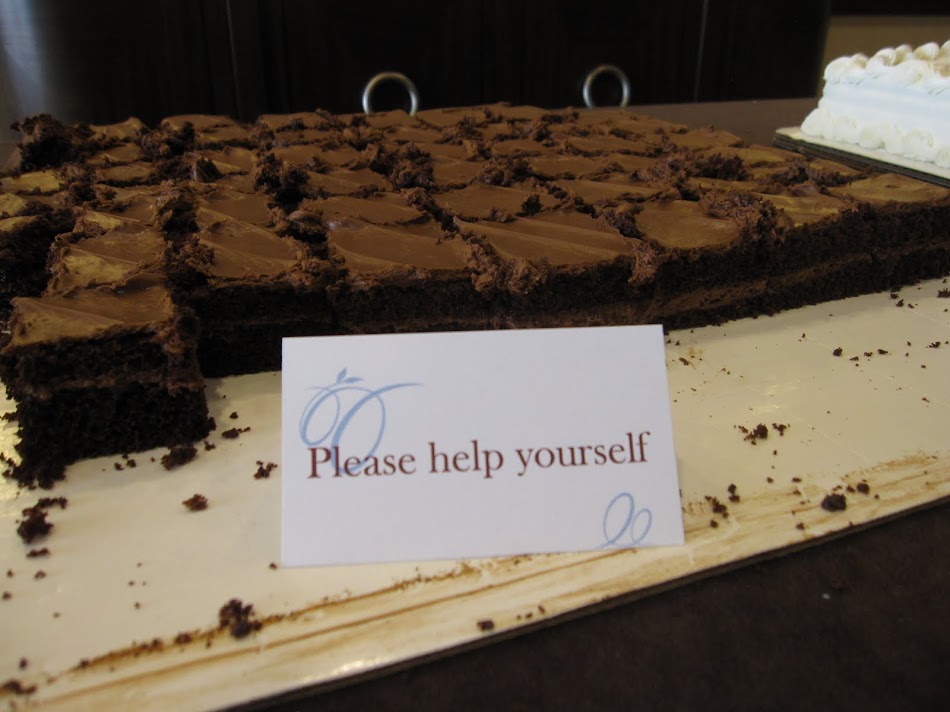 There were different lines for general admission, VIPs, Living Social and Buy With Me. When you checked in you got a wrist band and a swag bag. Unfortunately, there was absolutely nothing noteworthy in the swag bag. Major let down. 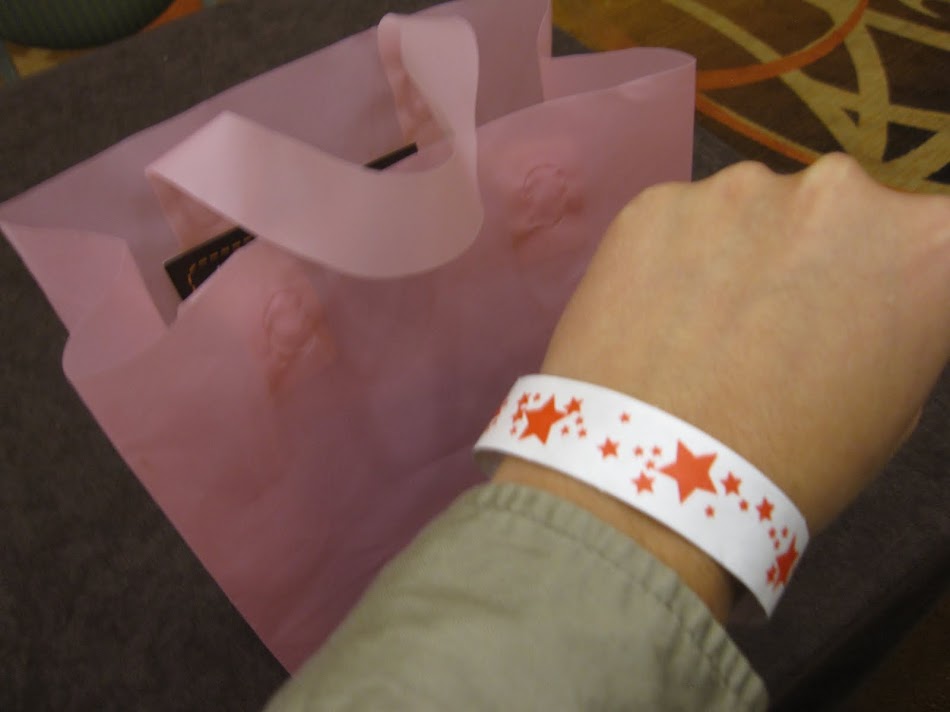 When we entered the main ballroom we were shocked by how big the space was and how many people were there. 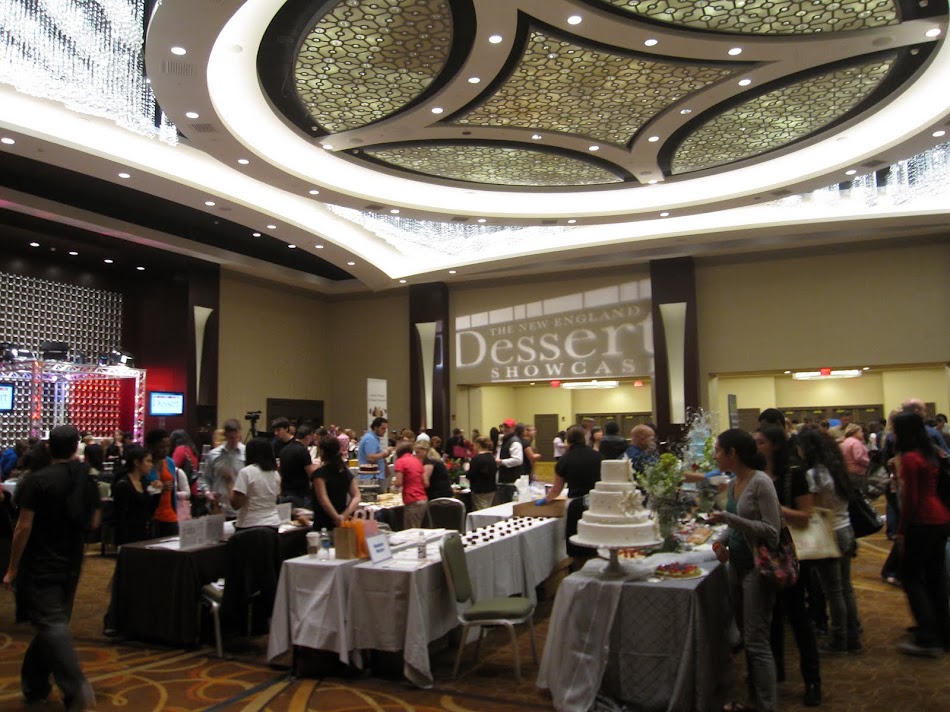 We made a plan of attack to start at the back of the room and work our way forward. Our first stop was Rago Events who do custom candy and dessert buffets. 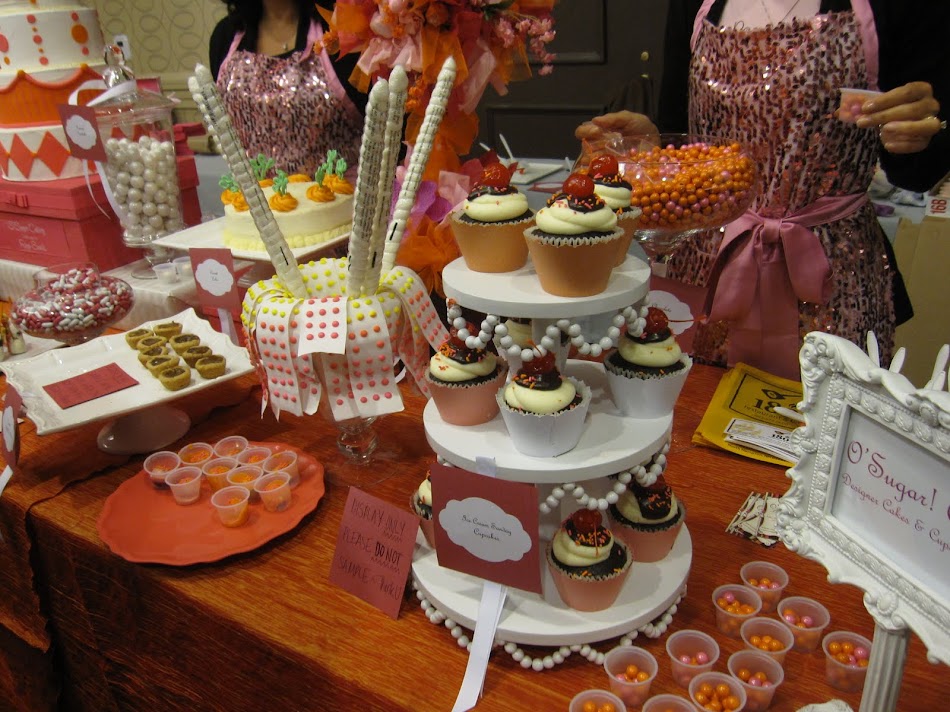 Their spread was gorgeous and when I reached for one of their cupcakes one of their staff members shouted, "No! Don't eat that! That's display only!" Well, I didn't come to the New England Dessert Showcase to look at desserts, lady. I came to eat them. 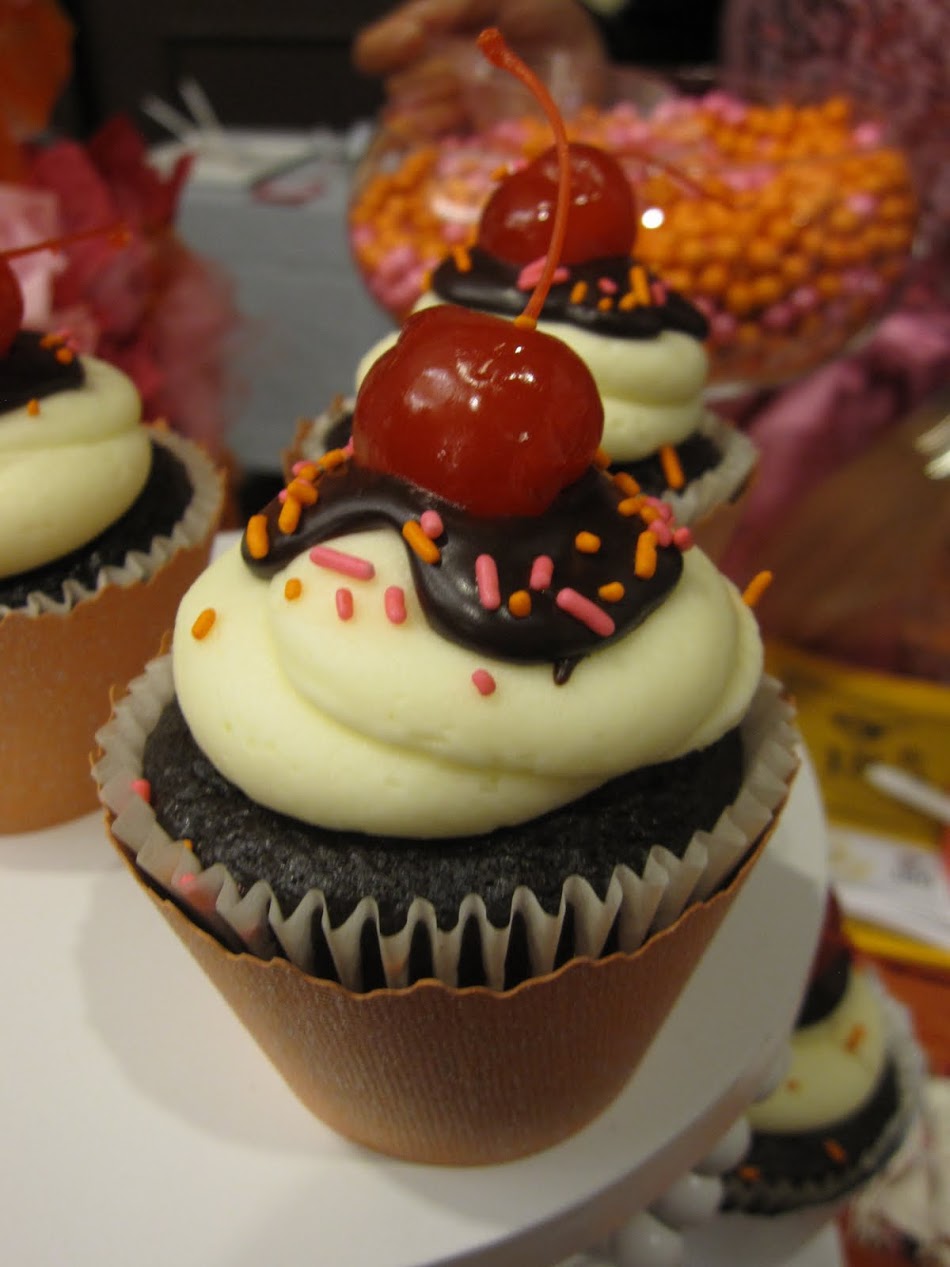 Next we visited the Just Add Cheese blog. They were having a Twitter contest for the best cheese pun. Very creative and fun. I also got to meet the two new bloggers for Boston.com's Chow Down Beantown blog. Very cool girls. 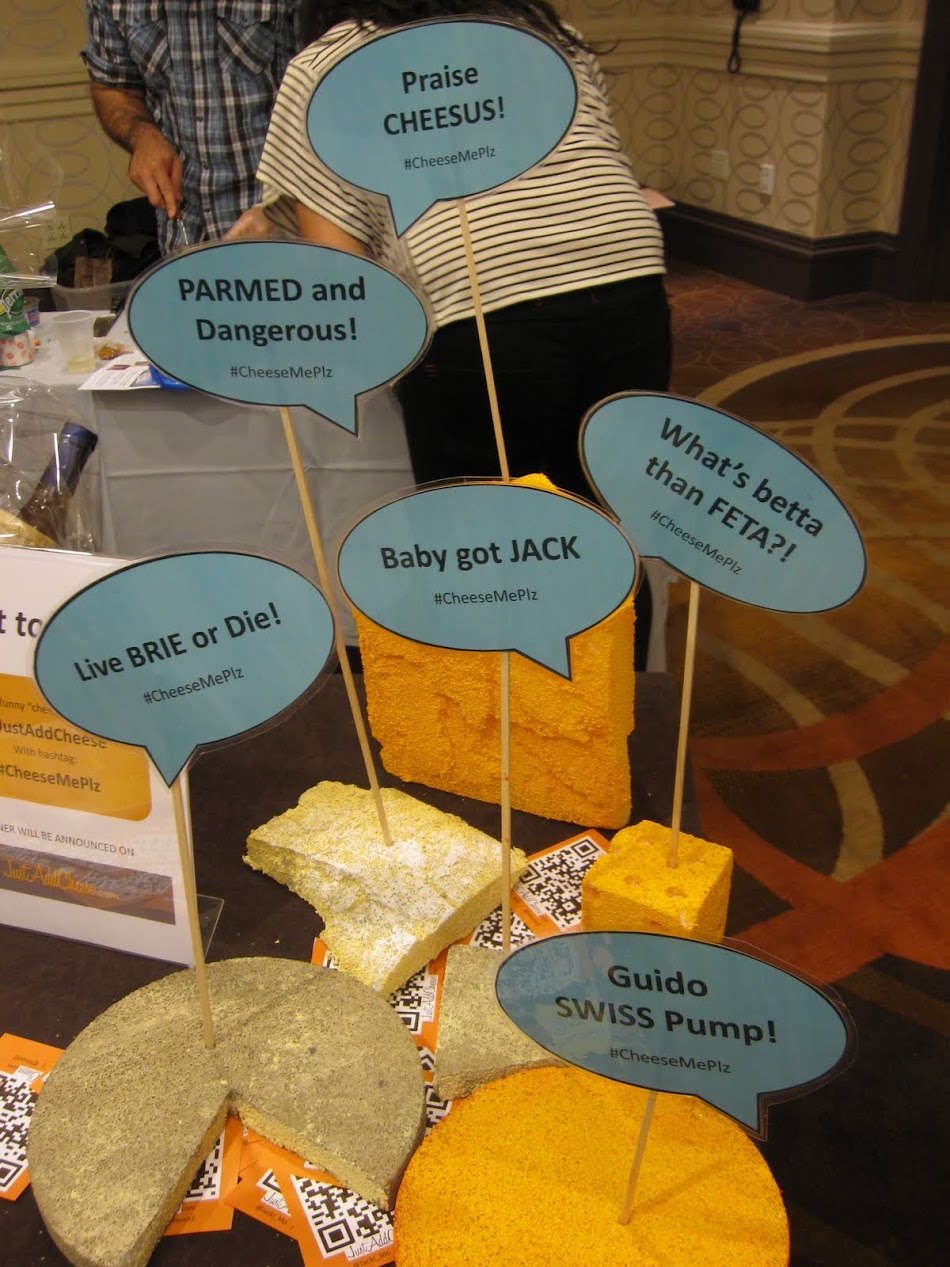 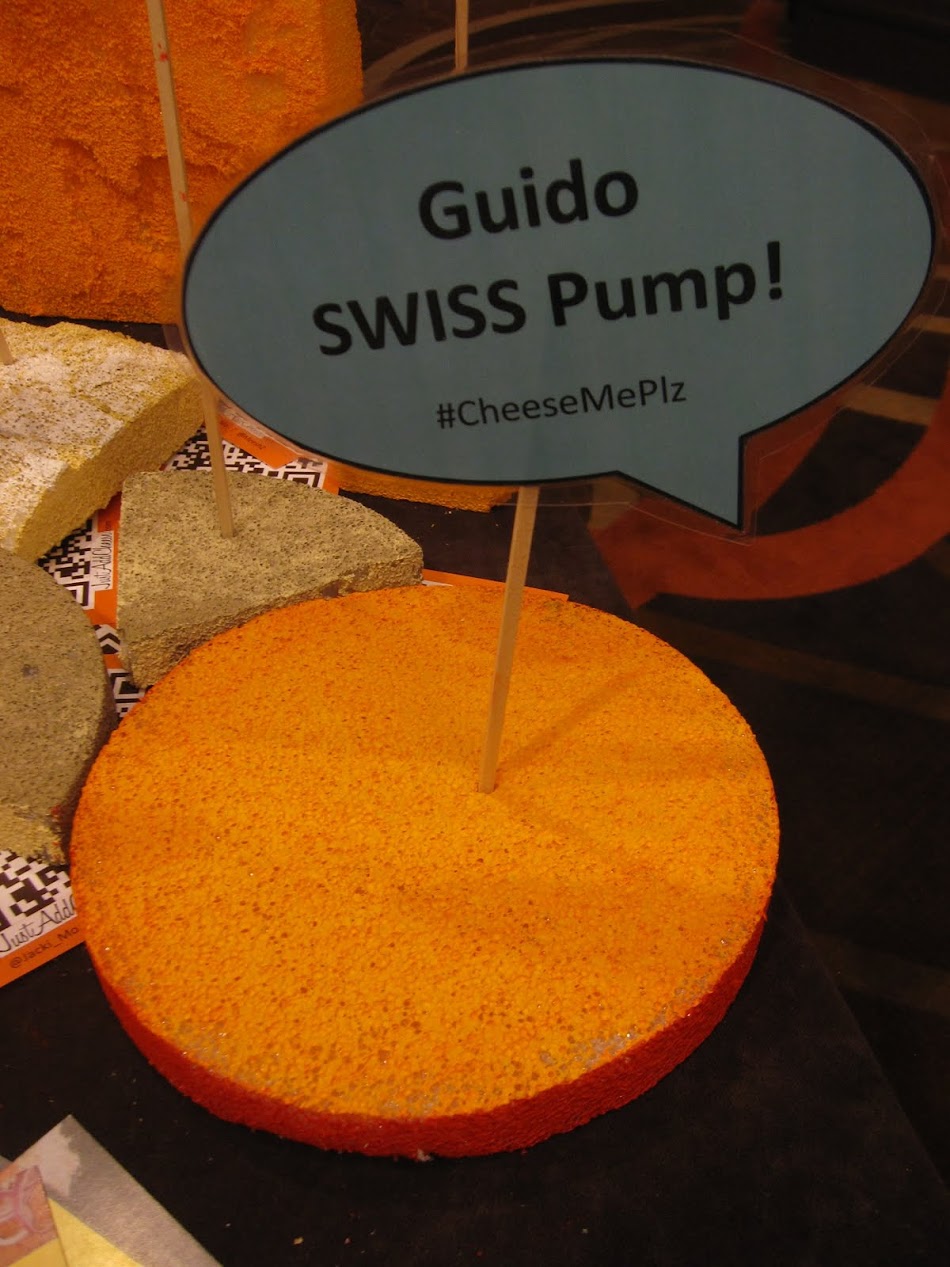 Next stop - Emack and Bolio's! They were promoting their new ice cream pizza, as well as their house made sodas. I love their aprons and their cool delivery car! 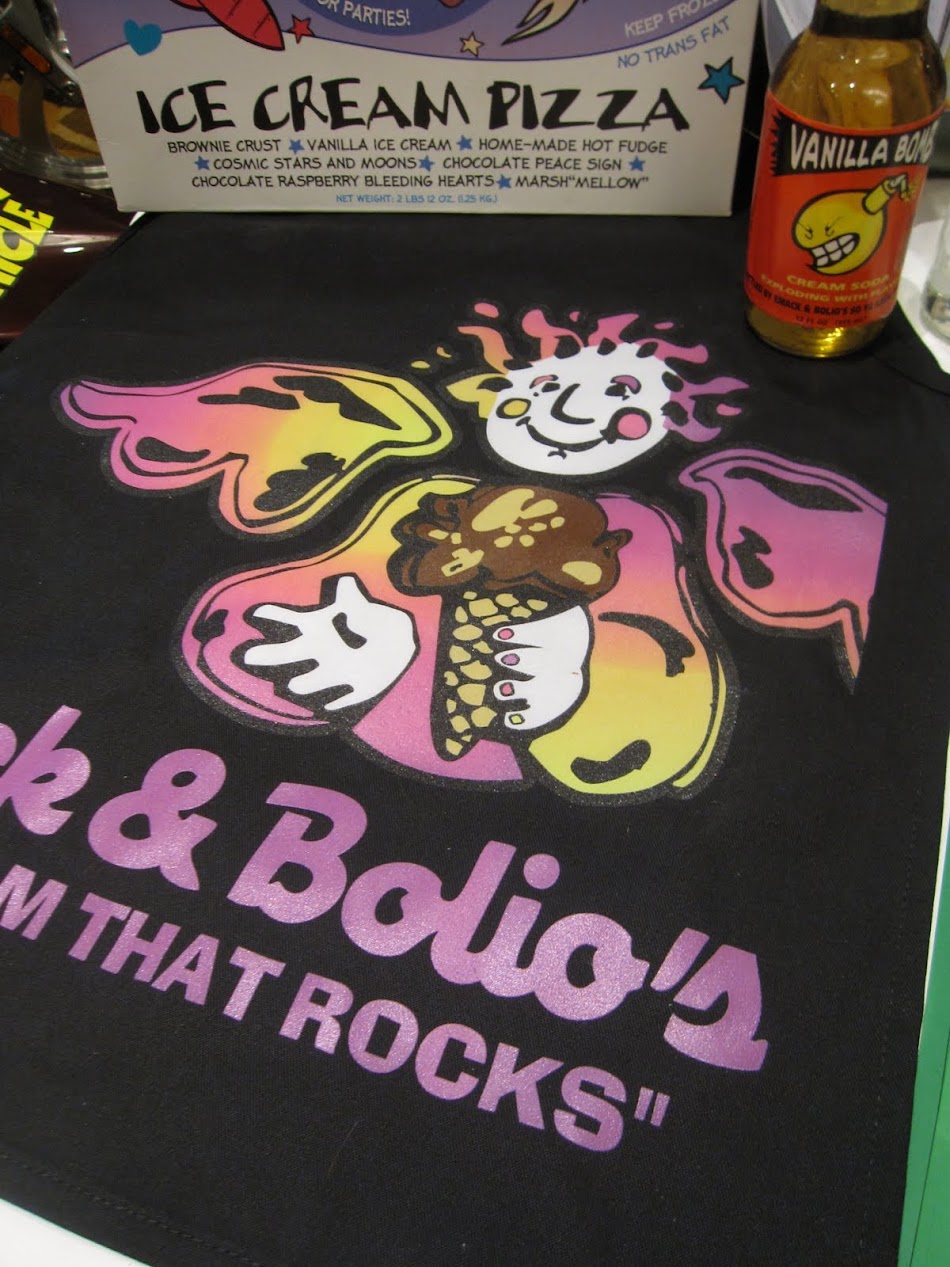 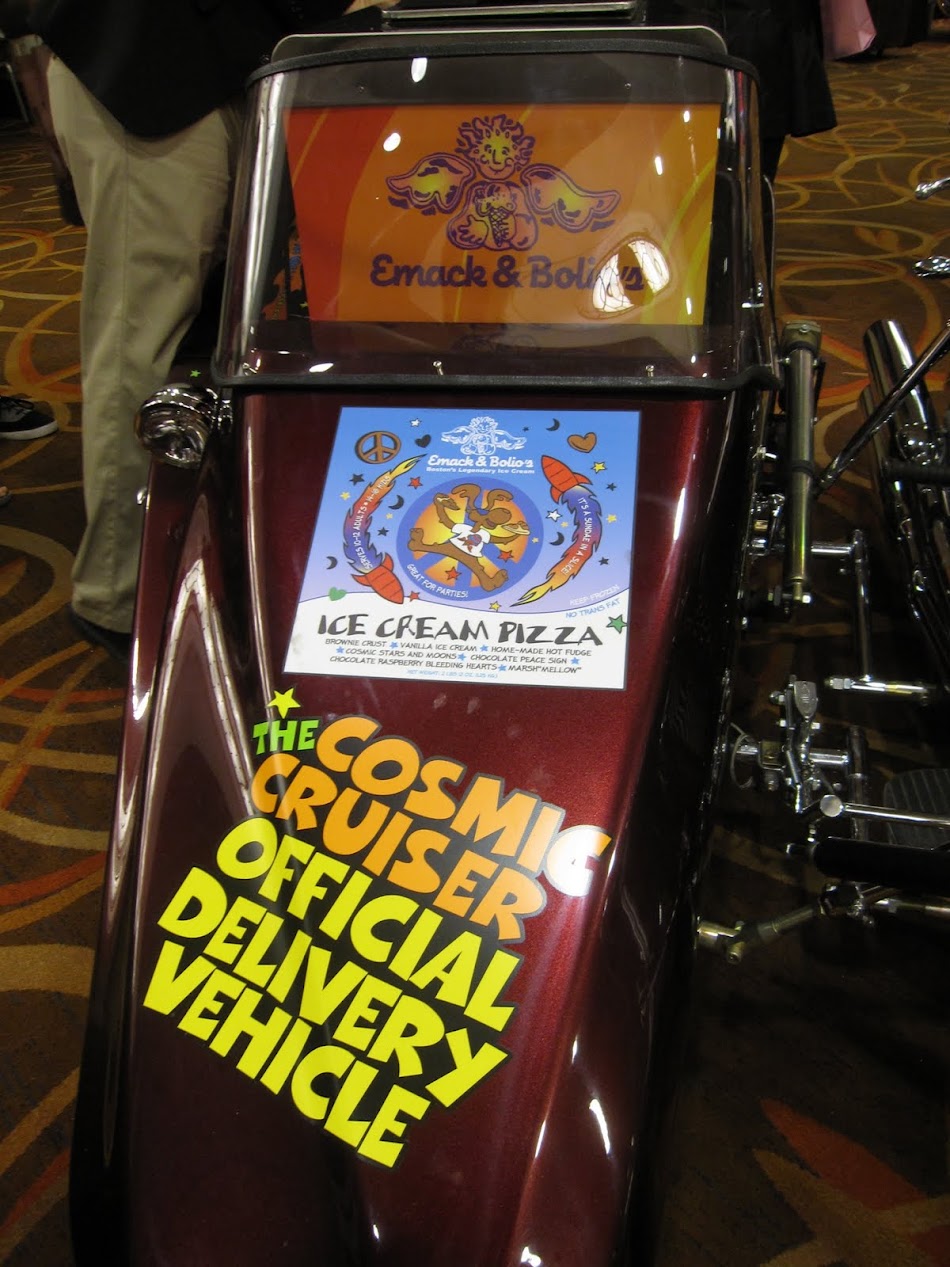 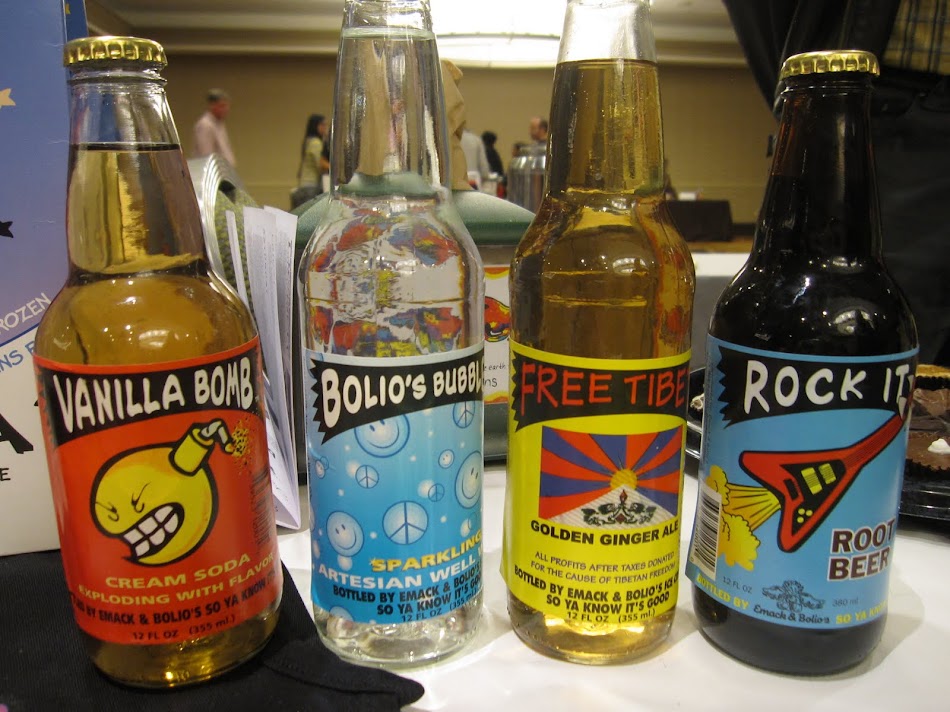 After that we met the Whoopie Monster, who makes bite sized whoopie pies. Unfortunately I found the cake of their whoopie pies very dry, but one of my friends love them. 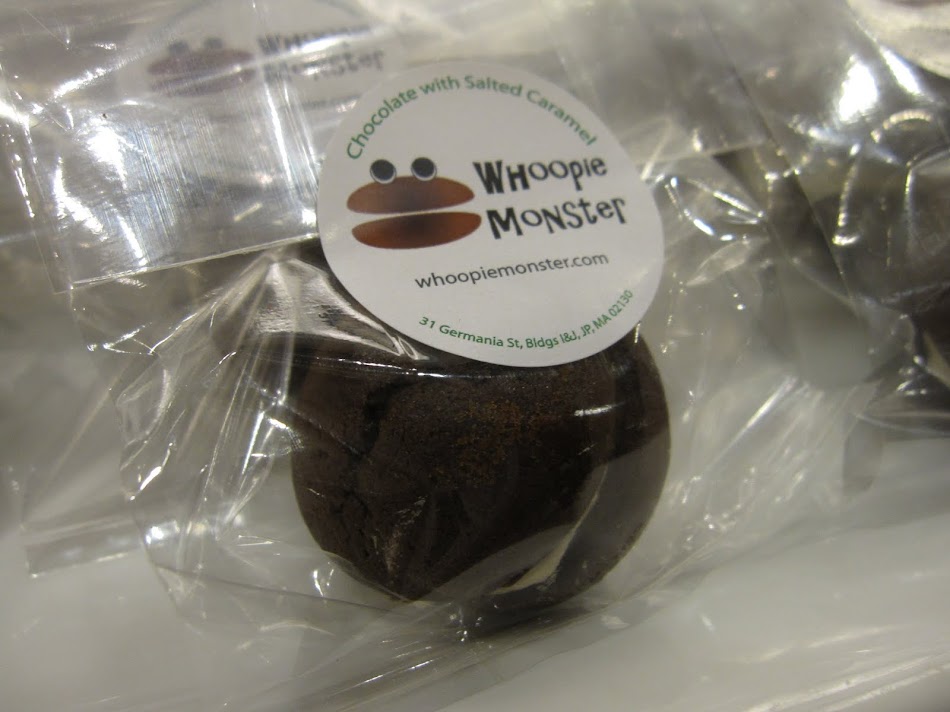 Next we passed tables for two local bloggers, both whose blogs I read regularly, Free Food Boston and A Boston Food Diary. It's so nice they let bloggers have tables!

As we worked our way from table to table we began to realize that in the main part of the ballroom every other table was covered with mundane, catering pastry. Each of those tables were labeled "Anthem Pastry" which refers to Anthem Events, the company that put on the showcase. I would have rather been to an event of all genuine vendors, than having to weed my way through table after table of filler food. Not cool.

Eventually we found ourselves getting a sales pitch from the men at the Chart House table. The Chart House is a restaurant on Long Wharf, near the Aquarium. Their molten chocolate lava cake was topped with vanilla ice cream, fudge and heath bar. Sadly, there was no lava. The cake was super dry and I tossed it after one bite. 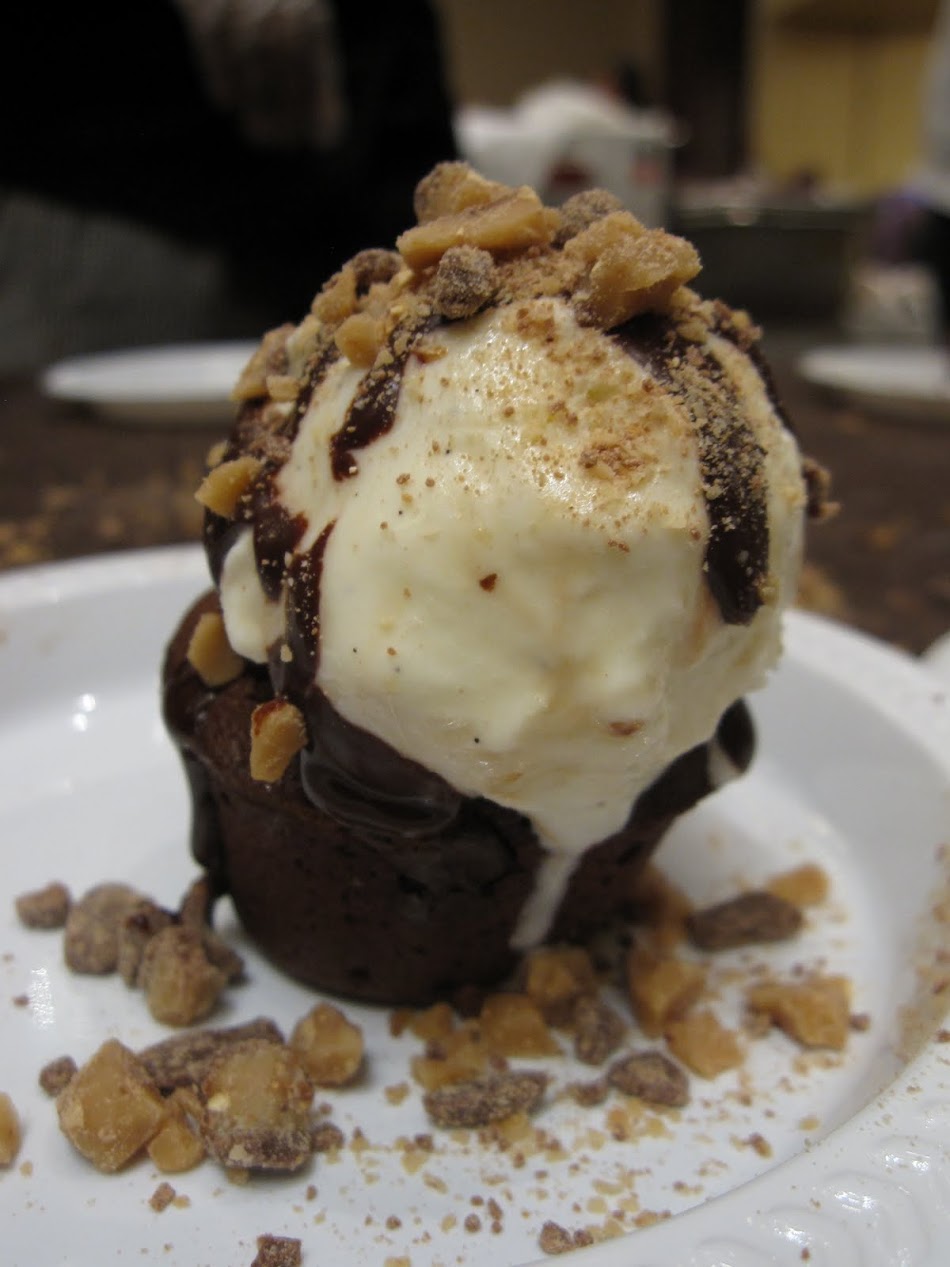 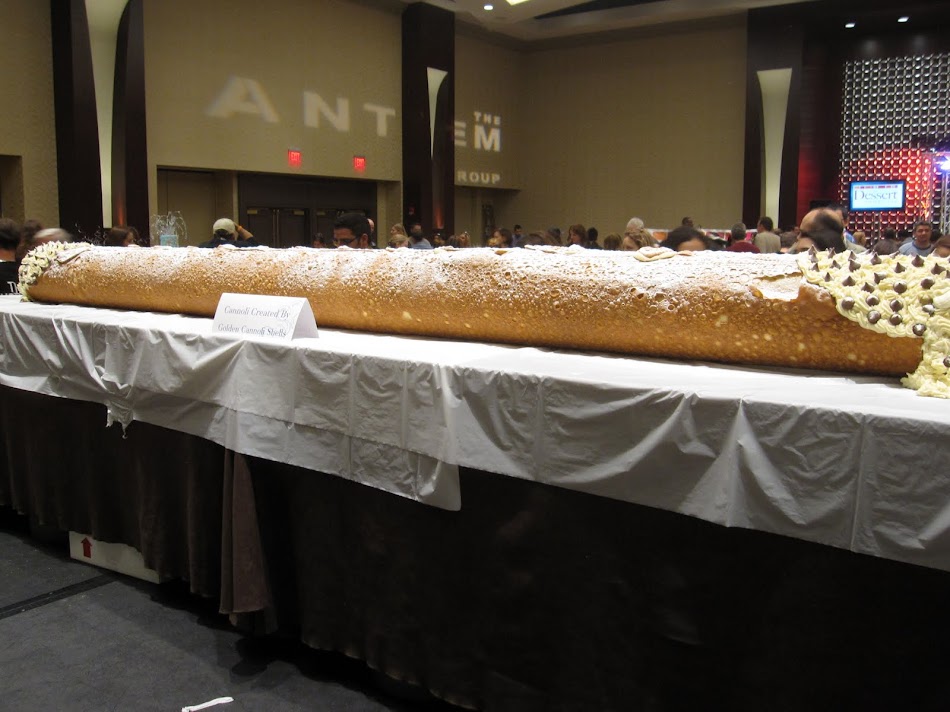 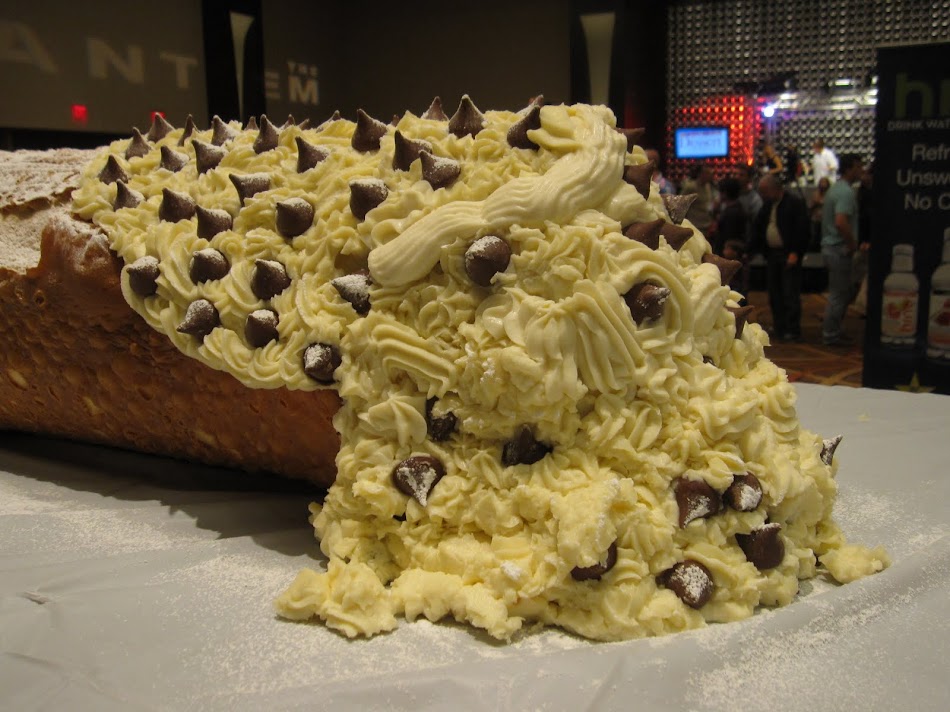 Next, Boston Baking Inc.'s chocolate chip whoopie pie. This was display only, but I can imagine it's amazing. 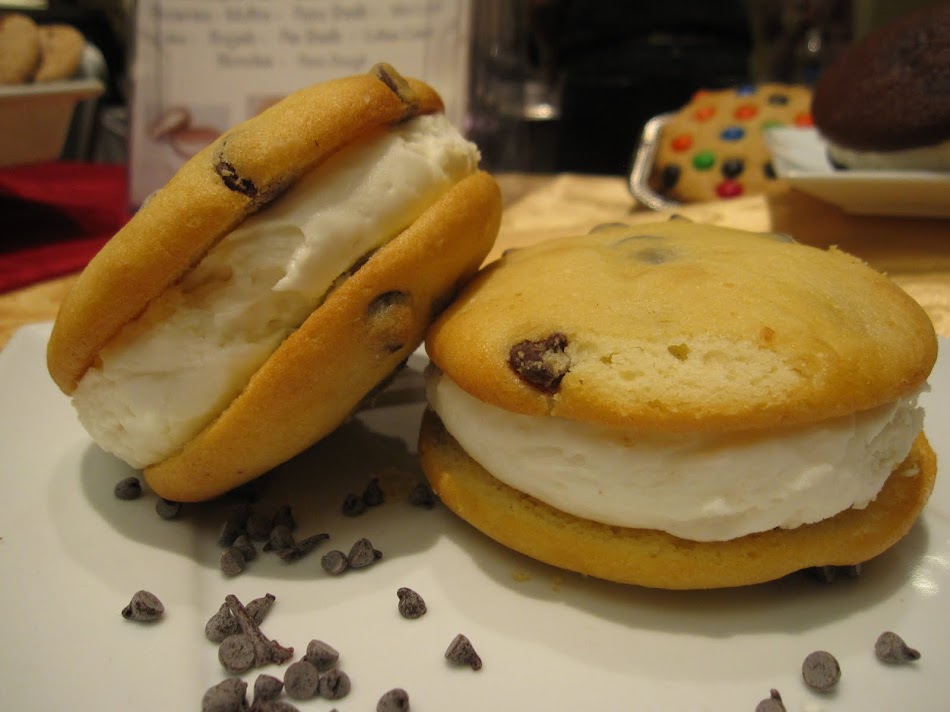 Then we sampled this flourless chocolate cake from Finale which had a hint of espresso. Wow. 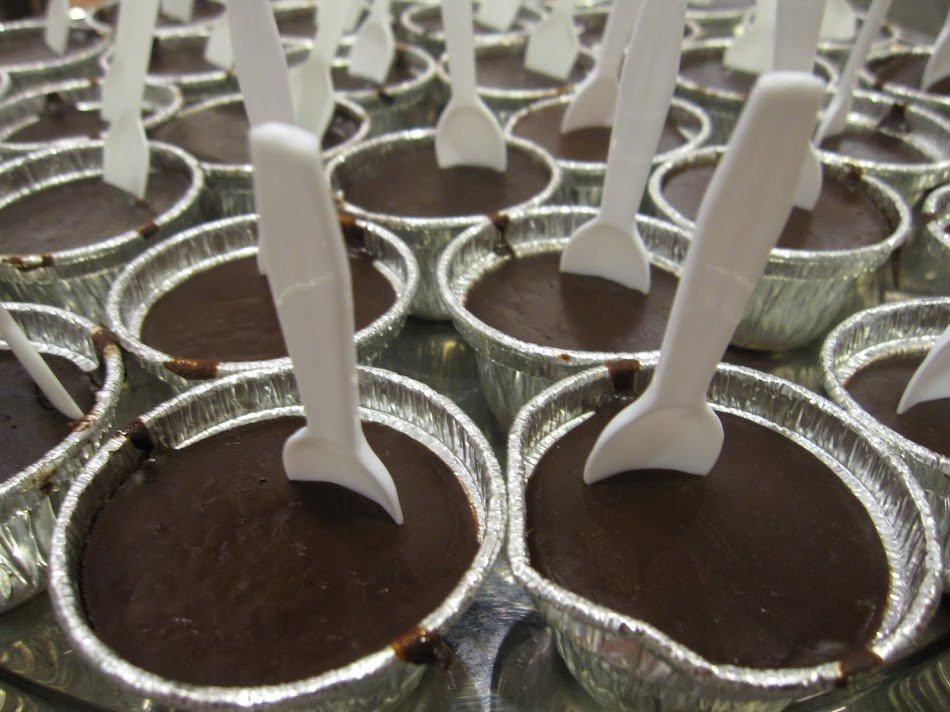 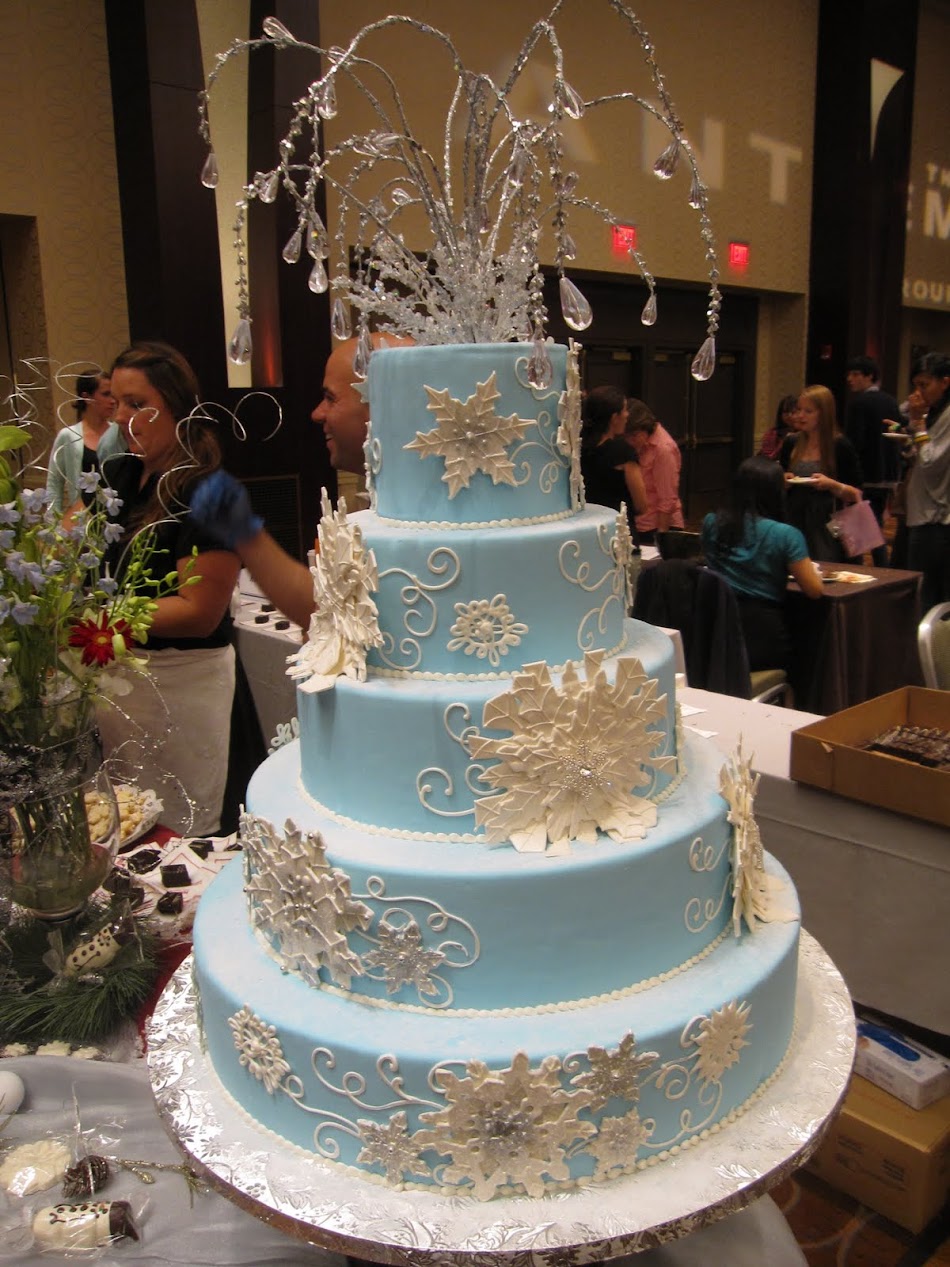 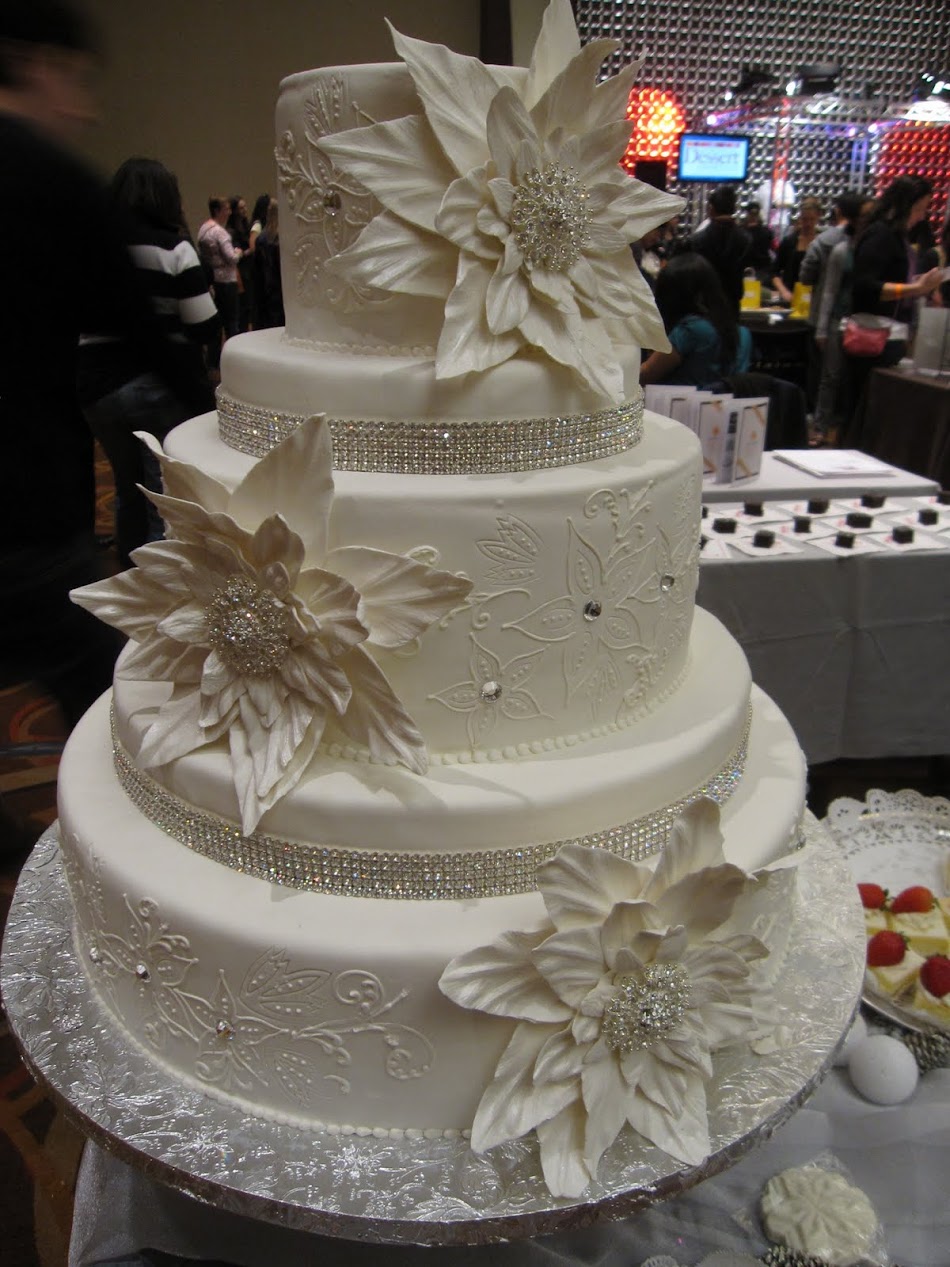 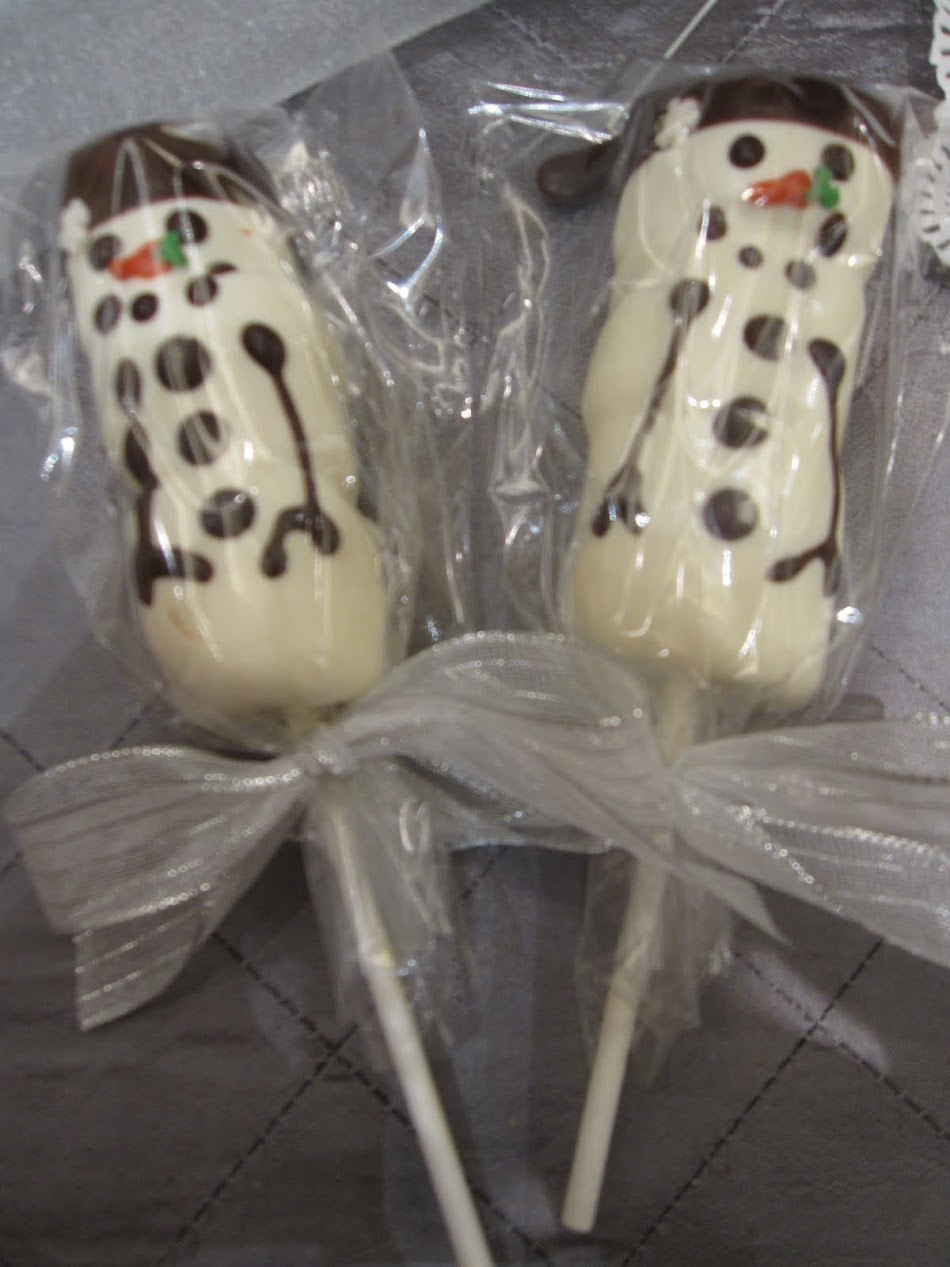 Lilly's Cafe and French Bakery of Watertown had a beautiful table with several neon colored cupcakes, which of course, I was attracted to like a moth to a flame. By this point I realized all the good looking treats were display only and my grab reflex had been disabled. 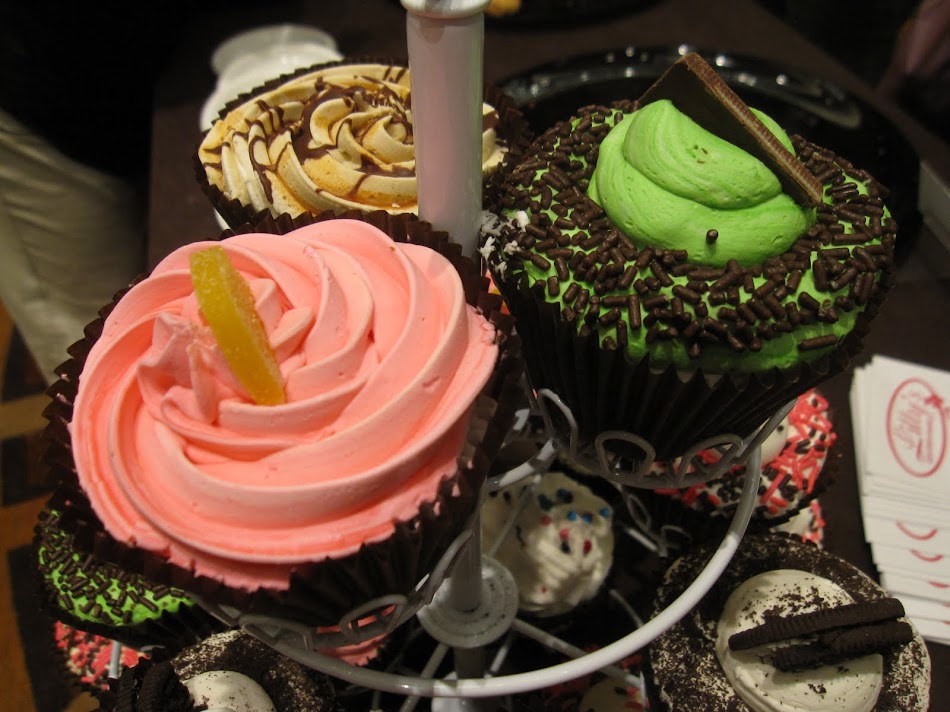 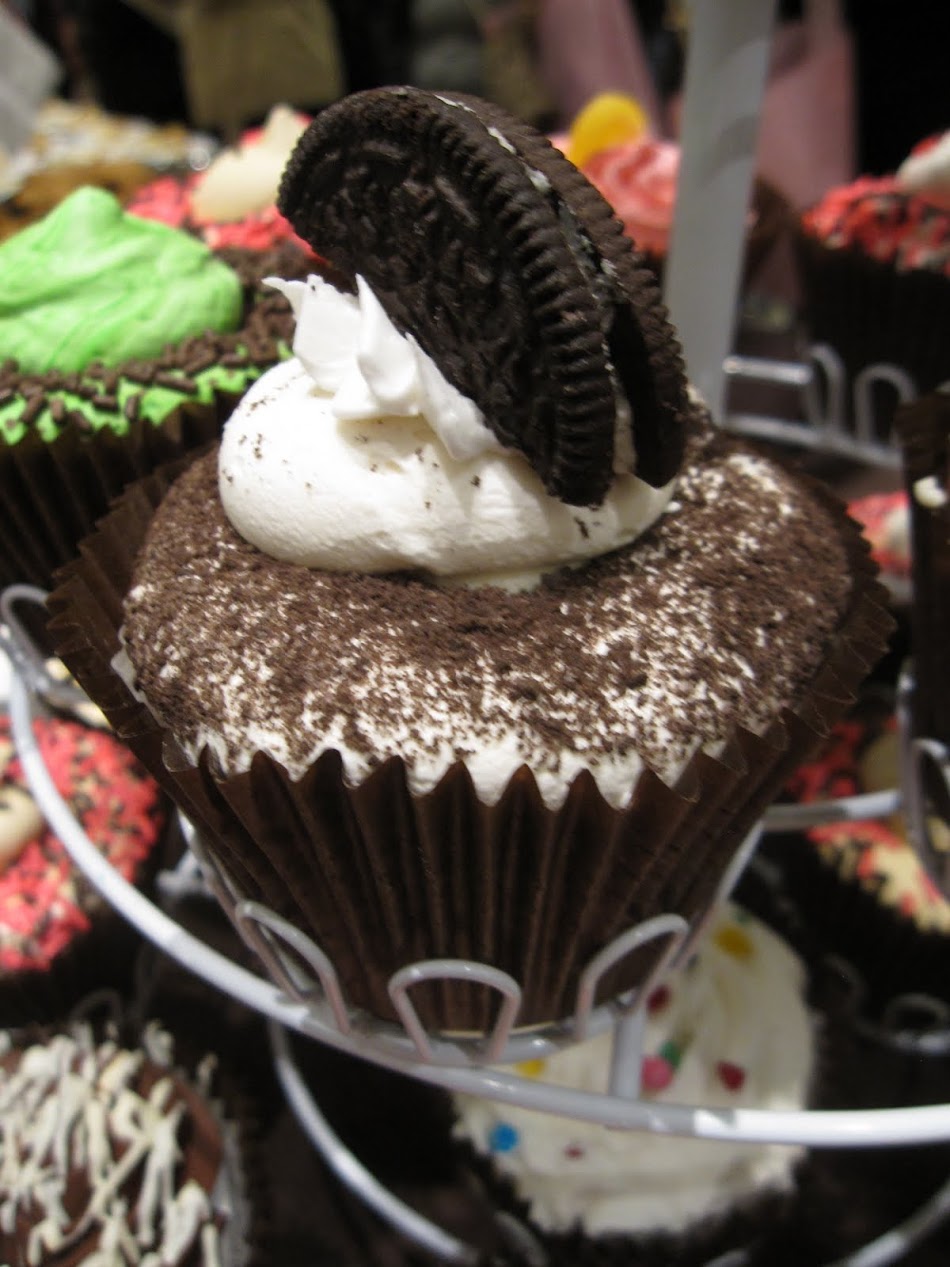 After Lilly's we got into what looked like a line for another cupcake vendor, but turned out to be a line for Batch ice cream, which was two tables away! I had read about Batch several times on the food blogs I read regularly, but had never tried it myself. When we got to the front of the line I sampled their salted caramel flavor and their cinnamon and chocolate bits flavor. This ice cream was incredible! I am an ice cream connoisseur and I am telling you, Batch is exceptional! In a brilliant move, the Batch folks had a hand out you could take with you that told you every place in Massachusetts where their products are sold. 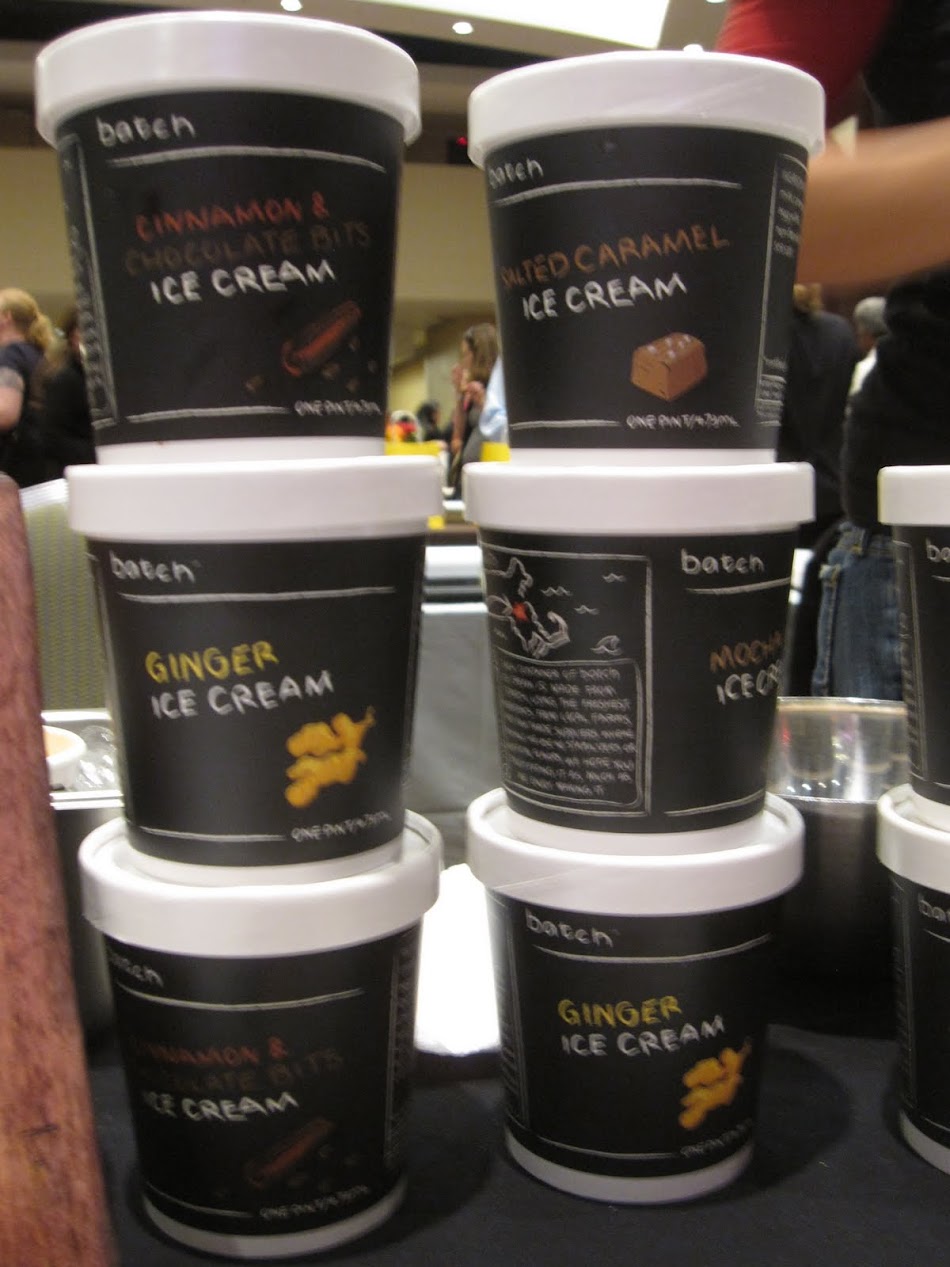 Our last stop was at the Hint water booth. Their product, which is water with a hint of something, comes in several flavors. I tried the lime which tasted like a mojito that had been sitting on a bar for two hours getting watered down and warm. My two girlfriends tried the mango and grapefruit flavor which they really liked. We needed water to cleanse our palettes after all that sugar! 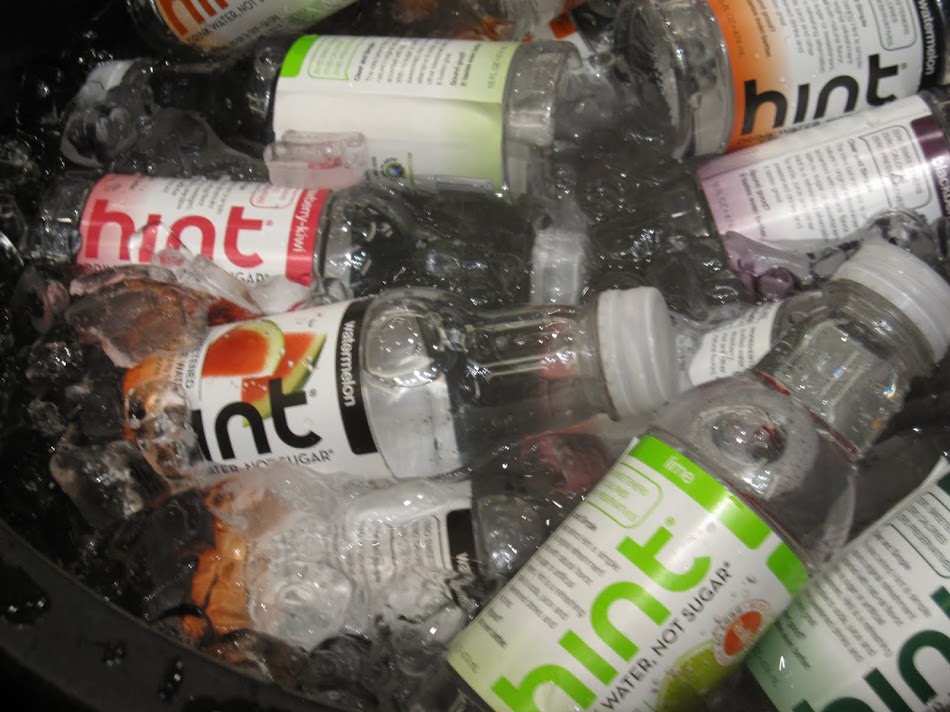 We left the New England Dessert Showcase forty five minutes after we had arrived. I think all three of us were expecting to gorge on delicious, one of a kind treats, but instead we walked by mostly filler pastry from the event company and the tables that did attract our attention were barely serving any food, they were mostly showing off elaborate displays. When we left I was feeling very grateful that we didn't pay full price for our tickets.

I was also left wondering why their weren't more local favorites present. No sign of Flour Bakery, Kickass Cupakes, Cakeology (which just opened), Sweet or JP Licks. Also, since it was called the New England Dessert Showcase where were Ben and Jerrys and Wicked Whoopies? Or more importantly, why don't these places want to be at this show?

Despite my overwhelming disappointment, I will say, the silver lining in this situation was Batch ice cream. I am so impressed by their product and I love that they churn their ice cream locally, right here in Jamaica Plain. Thank you to the ladies of Batch for making our trip worthwhile.

I never even knew this event existed!! Seems pretty silly that they'd have gorgeous cupcakes sitting in your face and you can't take them. I had some salted caramel ice cream in San Fran last year and was shocked at its deliciousness, glad to hear it's close by at Batch! :)

I'm bummed I missed this - looks like a fabulous time! Great pics.

First time visitor to your blog and new to Boston!! I saw those discounted tickets months ago and debated whether I should get them. I passed and then when the event came- I was wishing that I had gotten it. I ended up passing and it seems like maybe that was a good idea. I too have tried Batch ice cram and it was delicious- and the ladies from there were awesome!