Tonight on Gossip Girl we celebrated Blair Waldorf's 20th birthday. Of course Rihanna's "Only Girl in the World" would be playing while she sealed her birthday party invitations. Perfection.

Before the party begins, Blair and Chuck draft a peace treaty, at the demand of Serena and Nate. Hilarious. 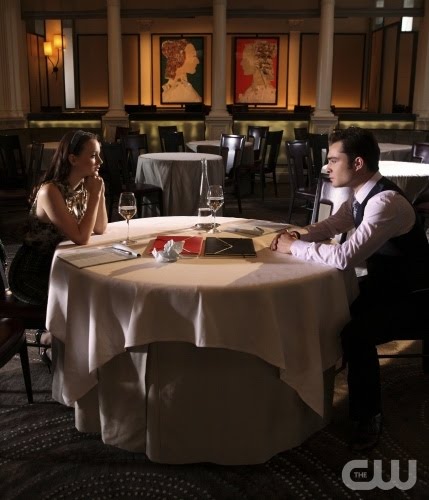 Once the party is under way several special guests make an appearance including Joe Zee of ELLE magazine and stylist to the stars, Rachel Zoe. Do you think Rodger put them up to the chocolate fountain? 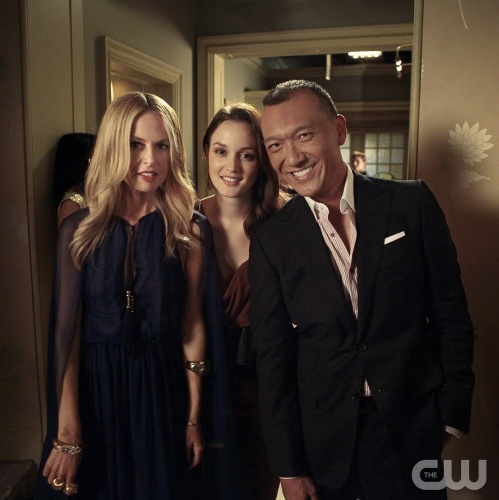 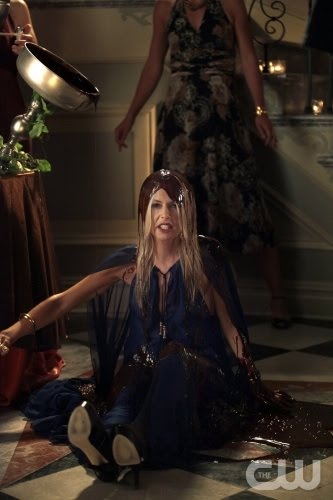 At the party Serena brings Nate to help keep her away from Colin. The tension is building between them and six weeks of waiting is starting to feel like six years. Even to me. 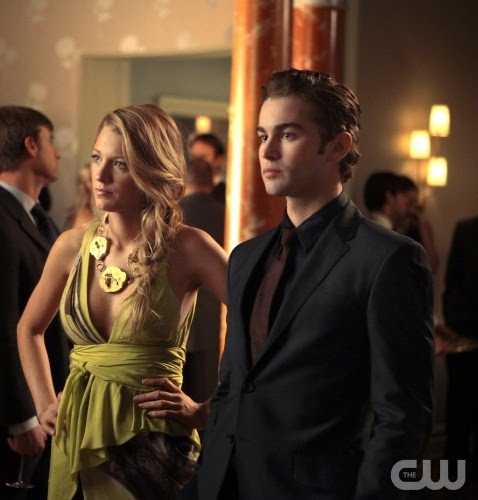 This hour the Juliet/Ben plot continues to thicken. What vendetta do they have against Serena?

At the close of the episode Chuck rips the peace treaty to shreds and pounces on Blair. Literally. Did anyone else notice they were both wearing black and red? A nod to the vampire trend? 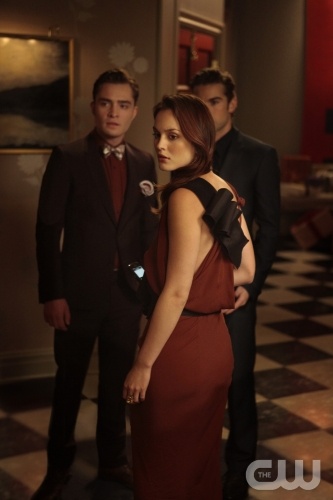 In previews for next week, Chuck and Blair explore being enemies with benefits. Hot.

SUCH a good episode. I LOVED the peace treaty signing. Hysterical. And I was screaming at the tv at the end yelling, "JUST KISS HER ALREADY!" Next week looks so good. I'm beyond thrilled that Blair/Chuck are sort of back together.

I also enjoy reading academized review the comments, but notice that a lot of people should stay on topic to try and add value to the original blog post. I would also encourage everyone to bookmark this page to your favorite service to help spread the word. I'll use this information for my essay topics.

This gossip of good hair is very helpful here and people should visit this website. I work for assignment writing service on apnews and I'll tell every single one of my colleagues about this website. That would be best.

END_OF_DOCUMENT_TOKEN_TO_BE_REPLACED

This week on The City, three is a crowd - with a love triangle and a third wheel at the center of the drama. Its the last week of December and Erin's boyfriend Duncan is coming to town to visit. In the opening scene Whitney and Erin are in the kitchen discussing an upcoming holiday party. I was distracted by an ugly red hat Whitney was wearing, but I did hear Erin say "I wish I could have my cake and eat it too" in reference to wanting to be able to date Duncan AND JR. Listen greedy, you only get one! Stop breaking hearts, and pick one!

Tonight's episode of 90210 centered around Naomi's C.U. party. Can we discuss that black, cut out top she wore in the first few scenes? Ick. Cover up, please! I felt badly when Naomi's private, video confessional for Austin was showcased to the whole party, but in the end, she got his attention. Holly's efforts to take down Naomi are pretty genius, but no one burns Naomi Clark.