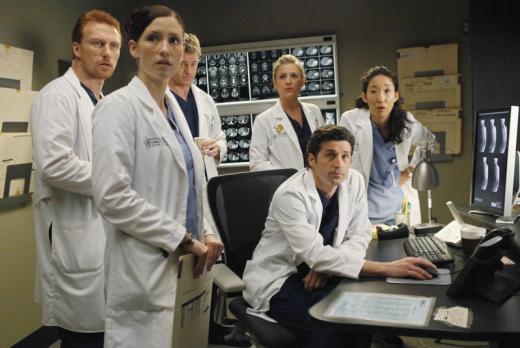 Grey's Anatomy always begin with the voice of a narrator. Its usually Meredith, but we have seen episodes where the narrator is Izzie or Alex and this week it was Derek. He begins by talking about why people go into surgery as their medical field. We soon discover he was attracted to the silence of the operating room. 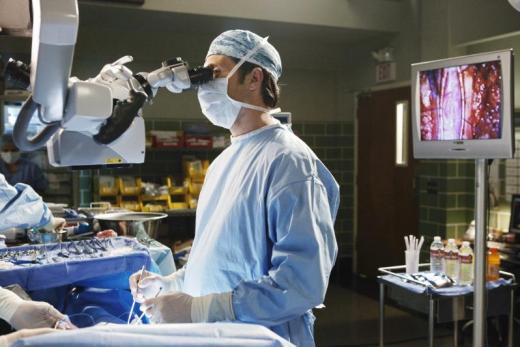 This week Derek had almost two full days of silence as her tried to operate on a massive spine tumor. He was approached by another member of the hospital staff, Isaac, asking for his help with what other doctor's said was untreatable. The actor who plays Isaac was absolutely superb. He had a kindness and a warmth that was magnetic, he inspired Derek to be the best, most innovative surgeon he could be, and he had a moving monologue about his life before he moved to the United States. If this man doesn't win an Emmy for this guest spot, I'll have to write a letter of complaint to the academy.

In trying to determine the best way to operate, there is an adorable scene where Derek moves his and Meredith's bed, so he can draw the tumor and spine on the wall and ask for her opinion. He just so happens to be sketching under a picture frame housing their marriage post-it. CUTE!

The Derek story line continued to surprise me, first when he threw up in the operating room (gruesome!) and in the final scene where the chief fires him! Derek tells the chief, "sleep on it, we can talk about it tomorrow." Excellent cliff hanger, Shonda! 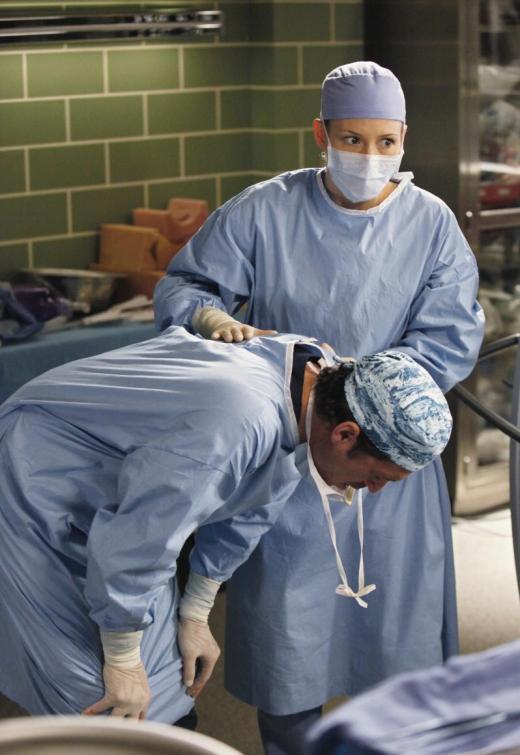 Aside from the Derek plot, the most hilarious moment came from an exchange between Lexi and Cristina. Knowing she would be in surgery for almost a full day, Lexi ponders wearing an adult diaper. Cristina catches her mulling it over and demands she put it on, saying, "that is so hard core!" Cristina is pretty cold to everyone, especially Lexi since she hates her cheery disposition, so it was fun to see them bond over a love for difficult, demanding surgeries. And you know, fun to watch them waddle down the hall.

In the previews for next week Cristina defies Dr. Hunt's orders in the operating room, a conflict which will surely spill over into their romantic relationship. I wonder what Owen's therapist will have to say about this . . .

Wow, this is really interesting reading. I am glad I found this and got to read it. Great job on this content. I like it. best CBD gummies

A very awesome blog post. We are really grateful for your blog post. You will find a lot of approaches after visiting your post. dog walker wilmington de

END_OF_DOCUMENT_TOKEN_TO_BE_REPLACED

The temperature is dropping, which makes it perfect streaming weather. Check out this week's top picks for what to watch.

I know I sound like a broken record, but I love awards season!