Mindlessly scrolling through all the streaming options? Check out this week's watch list instead. 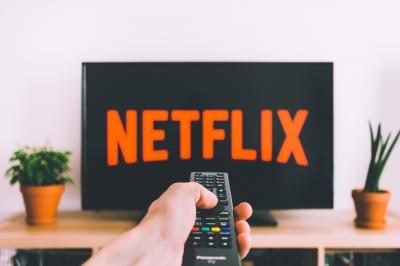 Working from home? Practicing social distancing? I've got you covered with what to watch this weekend.

Stream: 7 Shows to Watch this Weekend

Looking for a new show to stream? I have seven suggestions for your next binge watch.

Stories from The New York Times column, Modern Love, are now available as a TV show on Amazon. Hollywood A-listers bring to life eight of the essays.

The Netflix series Unbelievable tells the story of two detectives chasing down a serial attacker. It's powerful, emotional, and going to win all the awards.

Stream: When They See Us

If you haven't already, you need to make time to watch When They See Us on Netflix. It's a four-part series, directed by Ava DuVernay and produced by Oprah Winfrey, about the true story of the five young men wrongfully convicted of an attack in Central Park in New York City back in 1989. At the time, the media referred to them as the "Central Park Five."

Stream: Dead to Me

I could not stop watching Dead to Me! This show will have you completely gripped.

My latest Netflix obsession? Schitt's Creek. I can't get enough of the Rose family and their antics.

The fourth and final season of Catastrophe ends with the most beautiful scene, reminding fans why they fell in love with this couple in the first place.