One of my favorite people to follow on Instagram is Boston-based photographer Brian Samuels. I love seeing all the different clients he's working with and the amazing food shots he takes while out to dinner with his husband or on vacation. You can check out his account @myfoodthoughts. 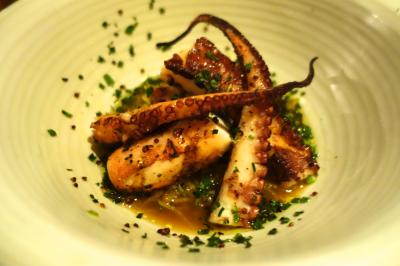 Back in December I shared my first meal at Sweet Basil in Needham (I am still thinking about that pesto dip they serve with the bread). Last week I visited Sweet Basil's sister restaurant, Juniper in Wellesley.

Juniper is on Central Street in Wellesley Center. Thanks to the wonderfully warm March we've been having, their outdoor patio is already set up. 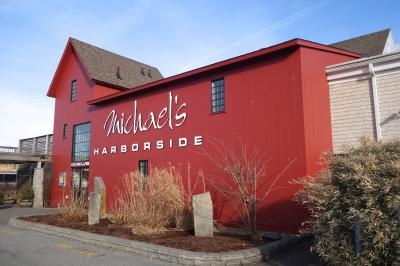 If you've ever spent any time in Newburyport, chances are you enjoyed a drink on the deck at Michael's Harborside. Michael's is really and truly the crown jewel of Newburyport. It's a great place to end the day after you've been out on the boat, around town shopping or even on the beach in one of the nearby towns. Their parking lot is the very first thing you encounter when you come off the Route 1 exit into town. 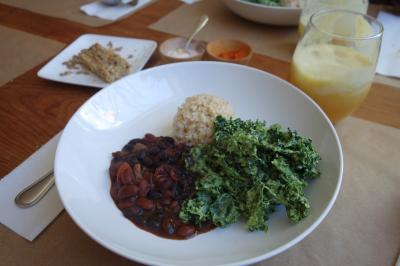 My aunt and uncle have lived in Topsfield, MA for my whole life. When we were little and we used to go up and visit, we'd play in their backyard, walk to the penny candy store or indulge in giant cones at their local ice cream shop. As we got older, our visits to the north shore started to include adventures in neighboring towns - Ipswich, Plum Island, Newburyport. It was through those family outings that I fell in love with Newburyport. So when the generous team at Shop Newburyport invited me to spend a day around town, I couldn't resist. 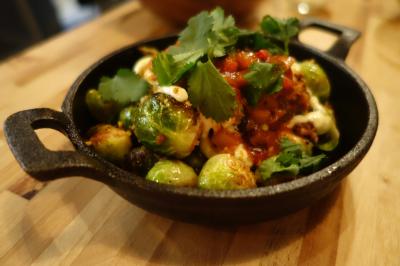 I grew up in Newton, MA in a neighborhood called Newtonville (we are best known for the Star Market over the Mass Pike). Though we had a few restaurants in walking distance to our house (Cabots, a.k.a. ice cream mecca) we often ventured just a neighborhood away to Newton Centre for more options. Newton Centre is home to Johnny's Luncheonette, Union Street, Jumbo Seafood and of course, JP Licks.

My earliest memory of eating donuts is at the airport. Every February my parents, my sister and I would fly to Florida to visit my grandparents and if we were well behaved, my parents would let us get a treat from Dunkin Donuts before we got on the plane. 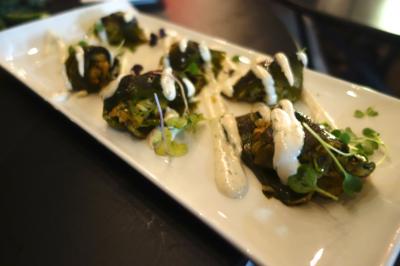 Dining Out: Farm Dinner at The Cafe @ Books & Books

As you may recall, I went to two farm dinners last summer. One at the Herb Lyceum in Groton, MA and one at Smolak Farms in North Andover, MA. So when my mom asked if I'd like to go to a farm-to-table dinner during my Miami visit, I jumped at the chance. 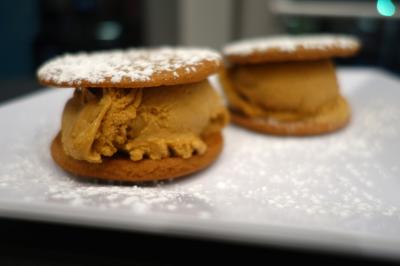 When I flew to Miami for Thanksgiving last November, my parents couldn't wait to report to me that a new gelato place had opened just three blocks from their front door. When we didn't make it there over Turkey Day weekend, I vowed to get there on my next visit.

The gelato place in question is called Freddo. The company was founded in 1969 in Buenos Aires, Argentina and now has over 150 locations across the globe.

I have just returned from a four day getaway to South Florida. Growing up, my entire family (both sides) lived in Boston and now half of our contingent lives in Florida. My grandmother is in Jupiter (north of Palm Beach), my cousin and her family are in Boca Raton and my parents are in downtown Miami. Normally when I fly south to see them it's for a Jewish holiday or for Thanksgiving. This trip was the first one in years that wasn't tied to a huge event, which meant I could do some serious exploring! 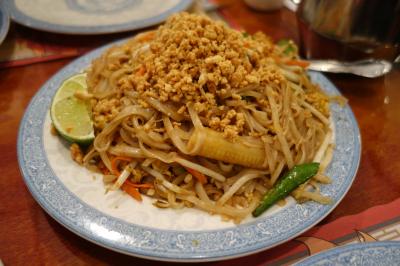 Earlier this week I was catching up on Eater (one of my favorite sources for local restaurant news) and I read a fantastic review of Shangri-La, which is about three blocks from my house. I have driven by the restaurant nearly every day for the past three and half years, but had never been in. Once I saw photos of the food, I knew I had to get there stat! 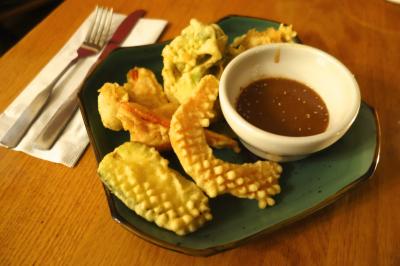 Toward the end of our day in Western Mass., the Hampshire County Regional Tourism Council arranged for us to enjoy a dinner at Paul & Elizabeth's in Thornes Marketplace. The restaurant has been open for over 35 years, specializing in both seafood and vegetarian dishes.

The entrance to the restaurant is right outside Booklink Booksellers.

Every day this week I'm sharing highlights from my road trip to Western Mass. with the Hampshire County Regional Tourism Council.