I was browsing in Bedlam Book Cafe in Worcester, MA when I came across a copy of Certain Girls by Jennifer Weiner. I was pretty sure I had read all her books, but apparently not!

You likely recognize her name from In Her Shoes, her novel that went on to become a fabulous movie co-starring Toni Colette and Cameron Diaz. She is also the author of Good in Bed and The Guy Not Taken.

Going through the blog archives, I found my original review of The Guy Not Taken, which I wrote in December 2011. It was also fun to remember that I picked up my copy at Commonwealth Books, a hidden gem in Downtown Crossing in Boston.

This book, Certain Girls, continues the story of Candace "Cannie" Shapiro, the protagonist from Good in Bed. When we're reunited with Cannie, she's living in Philadelphia with her husband, Peter, and her thirteen-year-old daughter, Joy.

For those who may not have lived through the bat mitzvah experience, it's a rite of passage in the Jewish religion where you "become a woman" in the eyes of the community. It's a transition to adulthood, marked by leading a Saturday morning Shabbat service.

It's also the time in a young girl's life where you care the most about what other people think (crippling), are the most uncomfortable in your body, and you're certain that everything your parents suggest is designed to ruin your life. It's . . . a time.

Weiner captures this emotionally charged period of adolescence perfectly. For example, on page 70, Joy is complaining about prep for the big day:

"The portion you're assigned depends on your bar or bat mitzvah date. Most kids have the cantor sing their portions into their iPods and just learn them phonetically, but because my mom believes in the deep meaning of everything and exists for the purpose of making my life difficult, she wants me to actually learn the words I'm chanting. She thinks this is going to make it easier for me to write my d'var Torah - the speech I'll have to give in which I explain what my portions are about. My Torah portion's about Jacob and Esau and the story of how Jacob stole the birthright of his older brother, Esau, by dressing up like him and fooling their blind, dying father, which is something you learn in first grade. My haftorah is about how many sheaves of wheat the ancient Israelites had to pay for crimes such as livestock theft. I have no idea how I'm supposed to relate these stories to current events and modern times, unless there are people wandering around Philadelphia stealing each other's birthrights. Or goats."

The book's chapters alternate between being narrated by Cannie and Joy, giving you both sides of the bat mitzvah nightmare coin. Reading the scenes where Cannie takes Joy shopping for dress were, shall we say, triggering.

As if the event planning wasn't enough to strain their relationship, Joy decides to read a copy of a book Cannie wrote in her twenties, loosely based on her own life experience of having a baby as a single mother. Taking the writing as 100 percent truth, Joy becomes incensed and launches a fact-finding mission to uncover how much of this story is real.

I don't want to say much more about the plot because you should absolutely read this book yourself. It's an honest account of the often rollercoaster relationships between mothers and daughters, particularly at this time of life. Infused with all those fights is Weiner's signature humor, adding levity in all the right places.

When I finished the book, I read the acknowledgments (as I always do) and was delighted to see author Curtis Sittenfeld (Prep, Sisterland, Rodham) was an early reader of the book draft. It's fun to imagine that these two writers I love so much might be friends.

Tell me, what are you reading right now?

END_OF_DOCUMENT_TOKEN_TO_BE_REPLACED

My favorite place to go when I visit my parents in Miami, FL is the Fairchild Tropical Botanic Garden. There is something so serene about the wide open, green spaces, the way the ponds shimmer in the sun and the bright colors of all the flowers and plants. As if I needed another reason to love Fairchild, each year they host a Chocolate Festival. 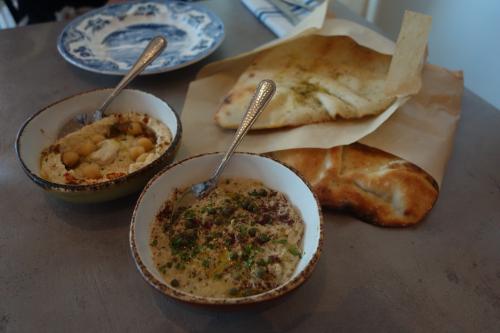 Skip dinner and go right to dessert! The flourless chocolate cake at Cleo is the star of the show.

Ella Berman's novel The Comeback is the story of a young Hollywood actress entangled with a toxic director, forever changing the course of her life.